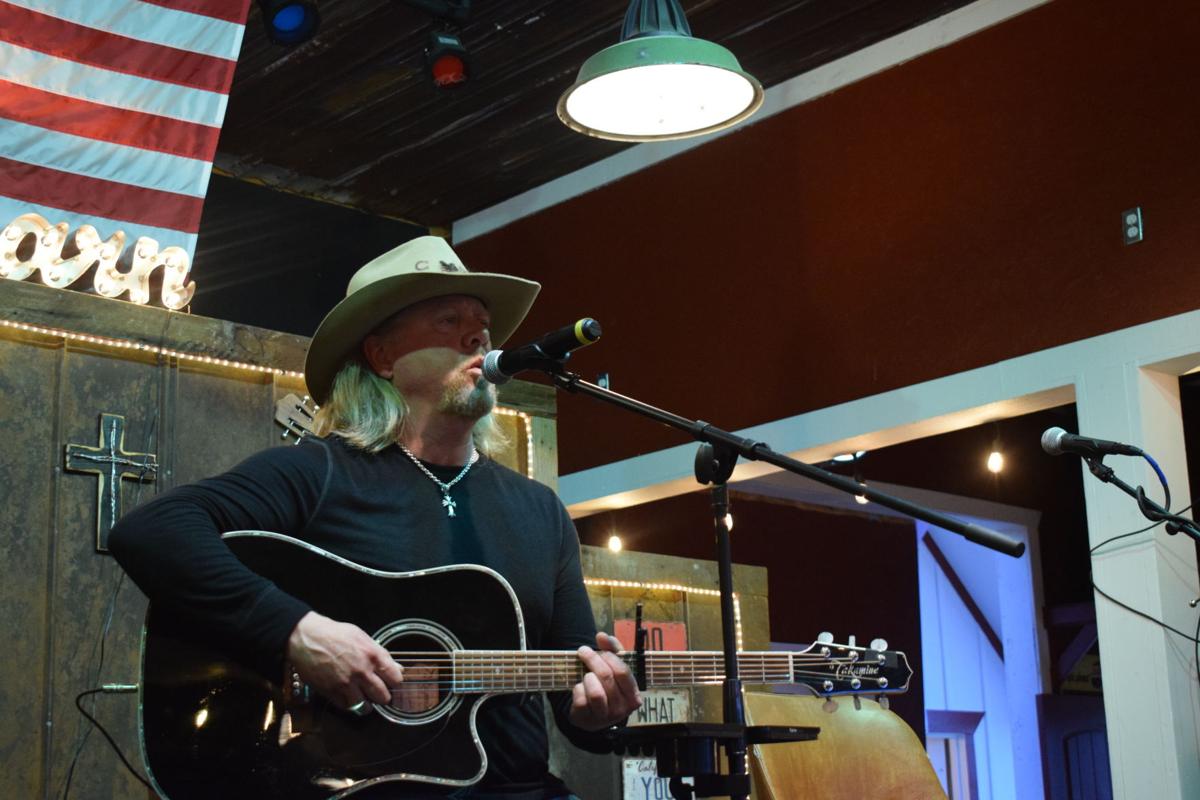 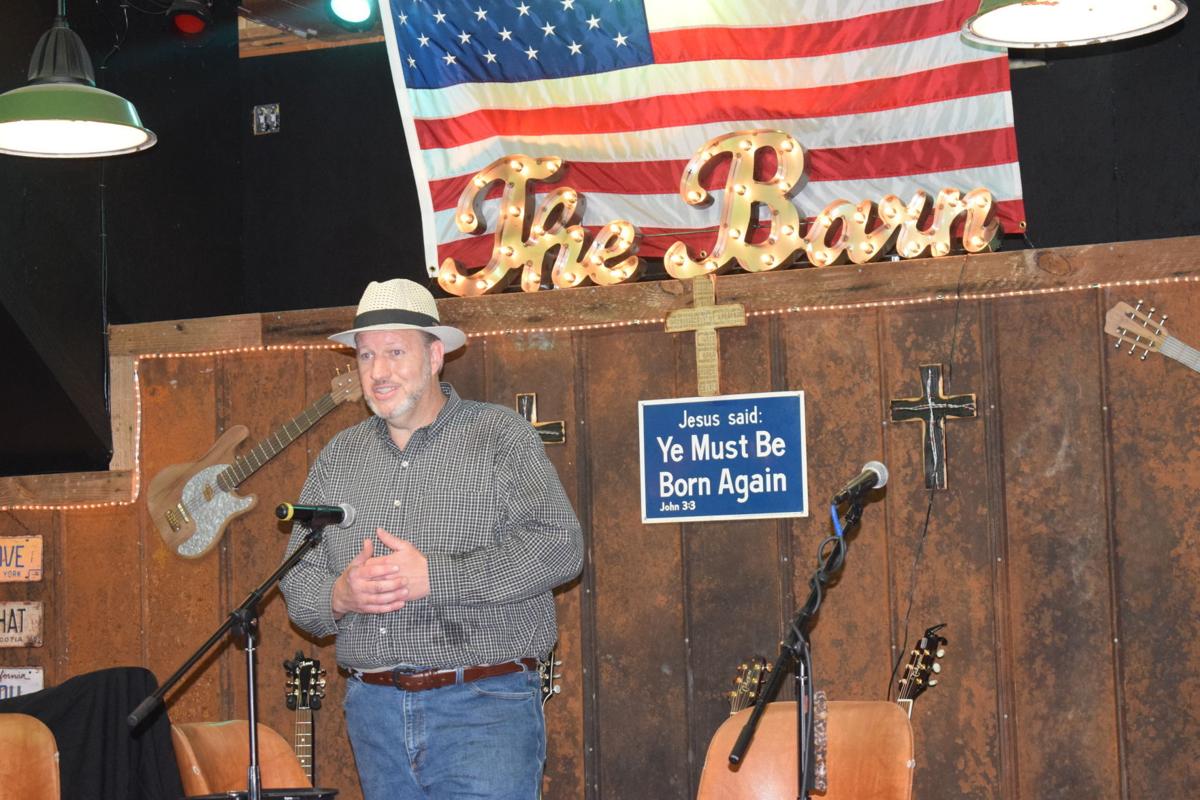 Randy Yates is the owner and operator of the Barn at Conners Island. He welcomed everyone to the show and introduced Cody McCarver. 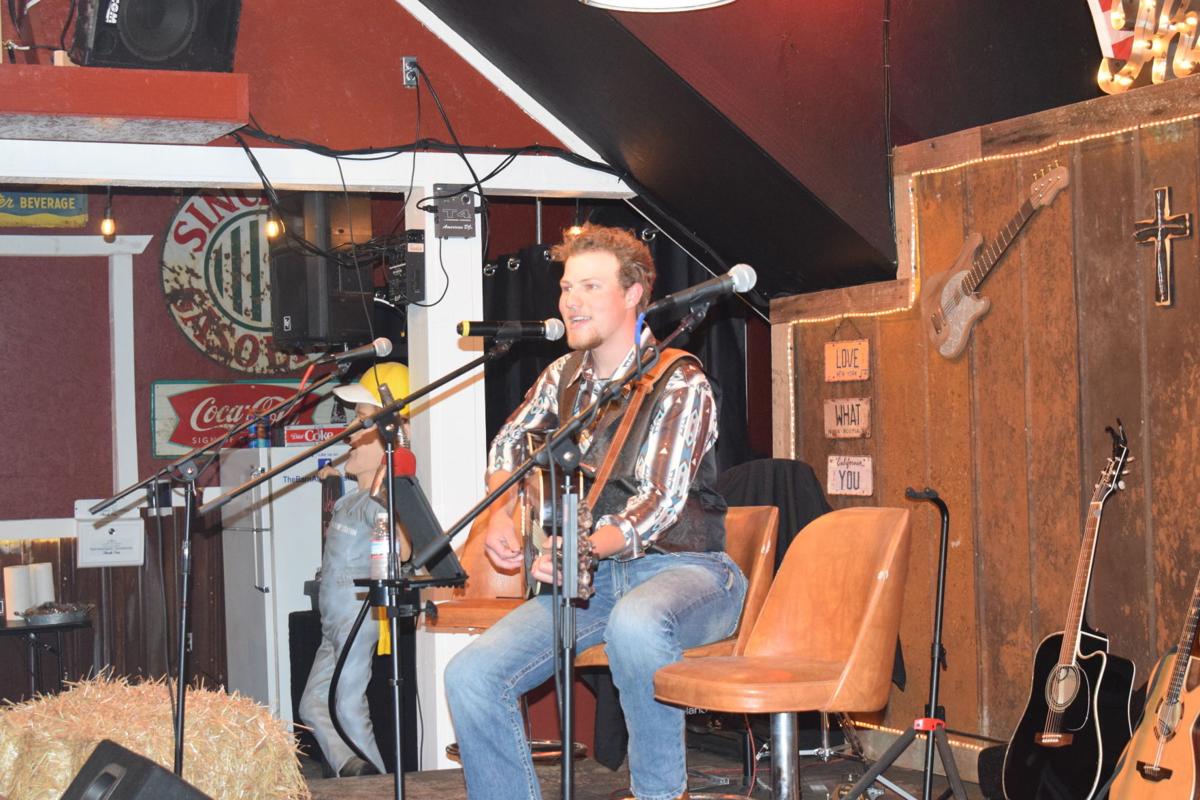 Randy Yates is the owner and operator of the Barn at Conners Island. He welcomed everyone to the show and introduced Cody McCarver.

MCarver was joined by Zack Olendorf on stage as the duo performed some Confederate Railroad’s most known songs like “Trashy Women.” McCarver also performed “Red Flag”, which was one of his solo hits released in 2007.

The majority of the songs played during the show were off of his last four albums, which are Christian inspired and what McCarver calls "Outlaw Gospel." McCarver began singing Christian inspired music in 2013 after a moment made him realize he needed to turn his life around.

“By 2010, I was drinking at least a fifth of liquor a day,” he said. “I was an alcoholic and several of my relationships with people whom I was very close with were suffering. I left Confederate Railroad for no other reason than I had the opportunity to have a solo show. I was touring with David Allen Coe and in 2013 got in a pretty big fight with my bus driver, whom I was very close with. That was really the moment when I decided I had to change things. I haven’t had a single drink since March 13, 2013, and I give the glory to God for that.”

Randy Yates built the Barn at Conners Island to go along with his Dukes of Hazzard Museum. John Schneider, who played Bo Duke on the famous TV show, knows Yates through his museum. McCarver and Schneider also write and perform songs with one another. Yate’s son, Jacob, opened the show by playing and singing several songs.

“John knows Randy through the Dukes of Hazzard museum and that’s how all of this sort of came to be,” McCarver said. “Randy has built a really nice venue in Guntersville. I’m always excited to play these types of shows in front of intimate crowds. The shows in front of 10,000 people are actually a lot easier than the shows in front of less than 100 and I enjoy that."

McCarver played one song called “These Hands,” which was released in 2019 and hit No. 1 on the Country Christian charts in December of 2019. McCarver has several other Christian songs in the “Outlaw Gospel” genre that can be heard on almost every streaming service.

“When I first approached Christian music producers about wanting to get into the genre, they weren’t receptive to the idea,” he said. “They thought I’d be better served in country but that’s not what I wanted to do anymore. I had just done that for over 20 years. I decided to make a go of it on my own and I’m happy I did. Over the past seven or eight years, we’ve played churches, Christian events and prisons all over the country.”

He added that one of the prisons he plays every year is the Louisiana State Prison (Angola Prison) in Angola, LA.

“I really enjoy the shows we do at prisons,” McCarver said. “They’re always very receptive to us and enjoy the message.”

McCarver said he became a regular church goer as well despite a background that didn’t lend itself to attending services regularly.

McCarver has released four Christian albums in the past eight years and plans to keep writing new material and playing Christian music shows all over the country.

“Touring and playing music all over the country was really fun for a while,” he said. “Then at some point, it becomes a job and just isn’t fun anymore. Over these past eight years, I’ve had fun again. I’m writing songs that I want to write with some great people and the fans have been wonderful. It was great visiting Guntersville and playing for the folks at Randy’s venue.”