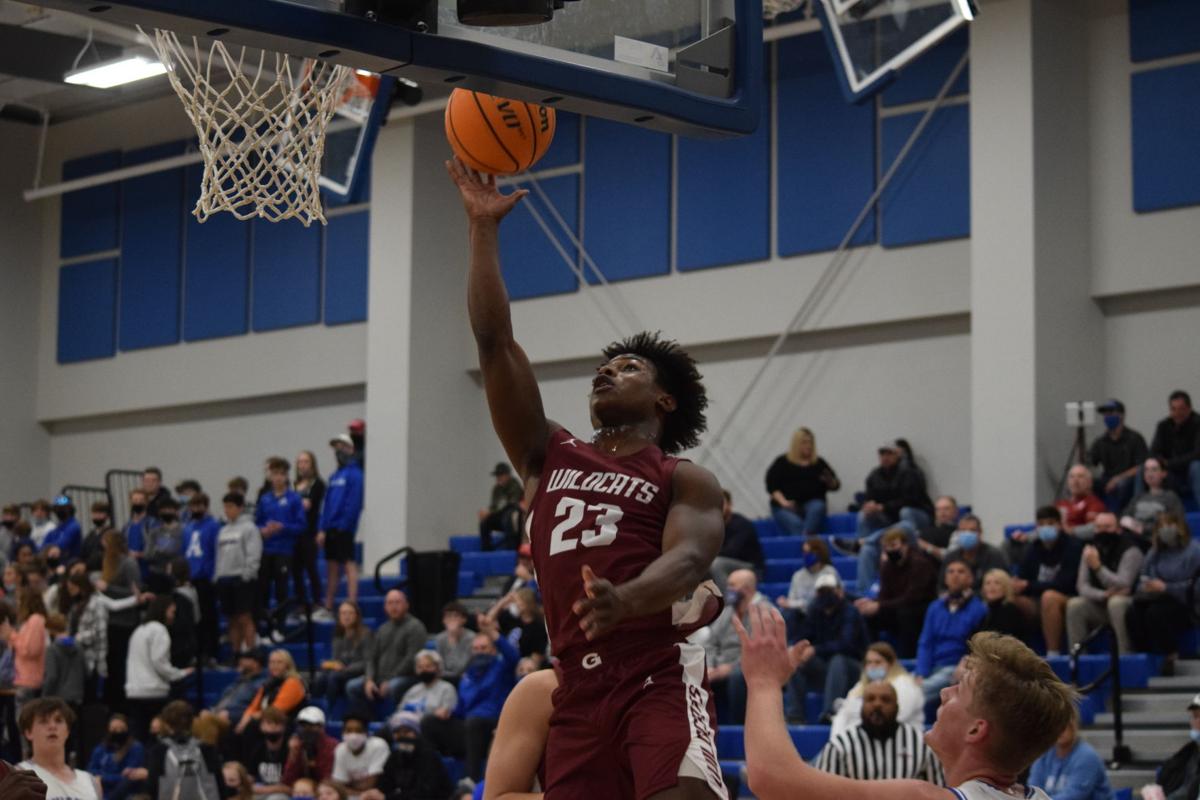 Senior Jerrell Williamson goes strong to the hoop against Arab. 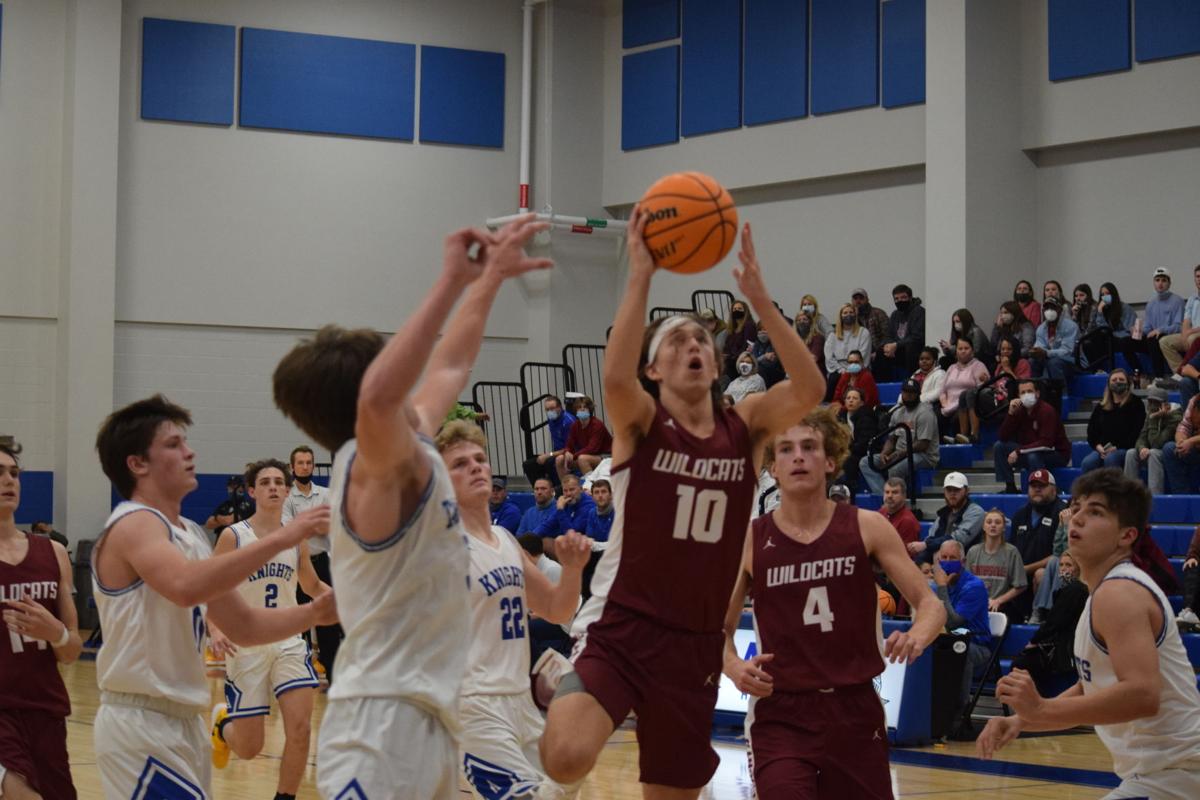 Cooper Davidson led the Wildcats in scoring against Arab with 17 points. 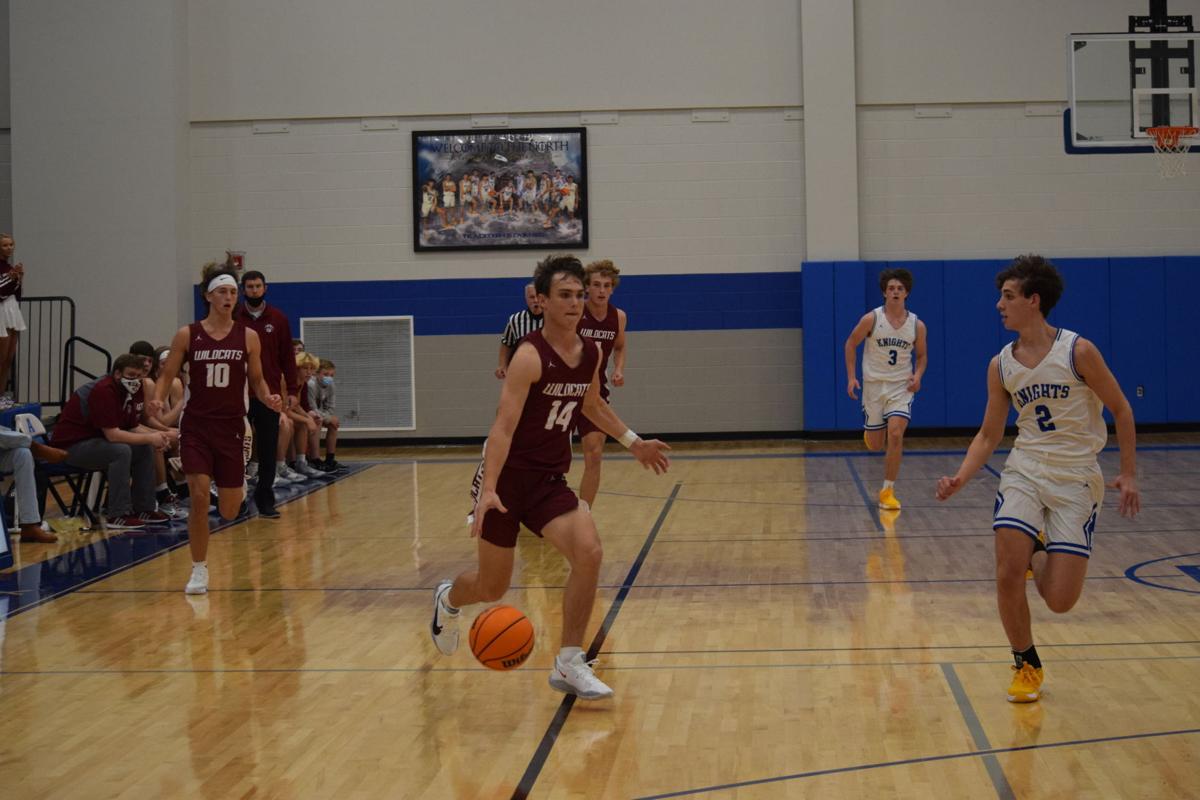 Brandon Fussell brings the ball up the floor against Arab Thursday night.

Senior Jerrell Williamson goes strong to the hoop against Arab.

Cooper Davidson led the Wildcats in scoring against Arab with 17 points.

Brandon Fussell brings the ball up the floor against Arab Thursday night.

In their first game of the season, the Guntersville varsity boys went on the road and knocked off county foe Arab by a score of 59-52.

The majority of the Guntersville basketball roster just joined the team from football last Monday following the playoff loss to Pleasant Grove. Guntersville head coach Brett Self said it can be tough for football players to get into basketball shape.

“It’ll probably take a few weeks for them to really get their legs under them,” he said. “But they’re all good athletes and love to compete. I’m sure they’ll still be effective regardless.”

Football players on the team include Brandon Fussell, Jerrell Williamson, Jack Harris, Cooper Davidson and Dewayne Hundley. Despite the long absence from the basketball court, those five looked to be ready to go Thursday night.

“I was pretty happy with the way we played against Arab,” Self said. “Going on the road for your first game and playing a good Arab team is always tough. I thought we had a lull in the 3rd quarter that allowed Arab to get within two points. Thankfully this team is very resilient and led really well by the seniors. They never got down and kept on fighting.”

Davidson ended the game with 17 points and went 6 for 6 on free throws, Fussell had 16 and Harris added nine.

The Wildcats took on Gadsden City Saturday and traveled to Franklin, Tennessee, yesterday (Tuesday) to play Siegel High School out of Murfreesboro, Tenn.

“Siegel is a top five program in Tennessee and Gadsden City always has great athletes,” Self said. “Both of those games are going to be very challenging but we’re looking forward to it. I think this team has a lot of potential. It’s all about working hard and putting it together, though.”

The Wildcats will play their first home game on Dec. 1 against Albertville then they will travel to Etowah two days later to take on the Blue Devils.