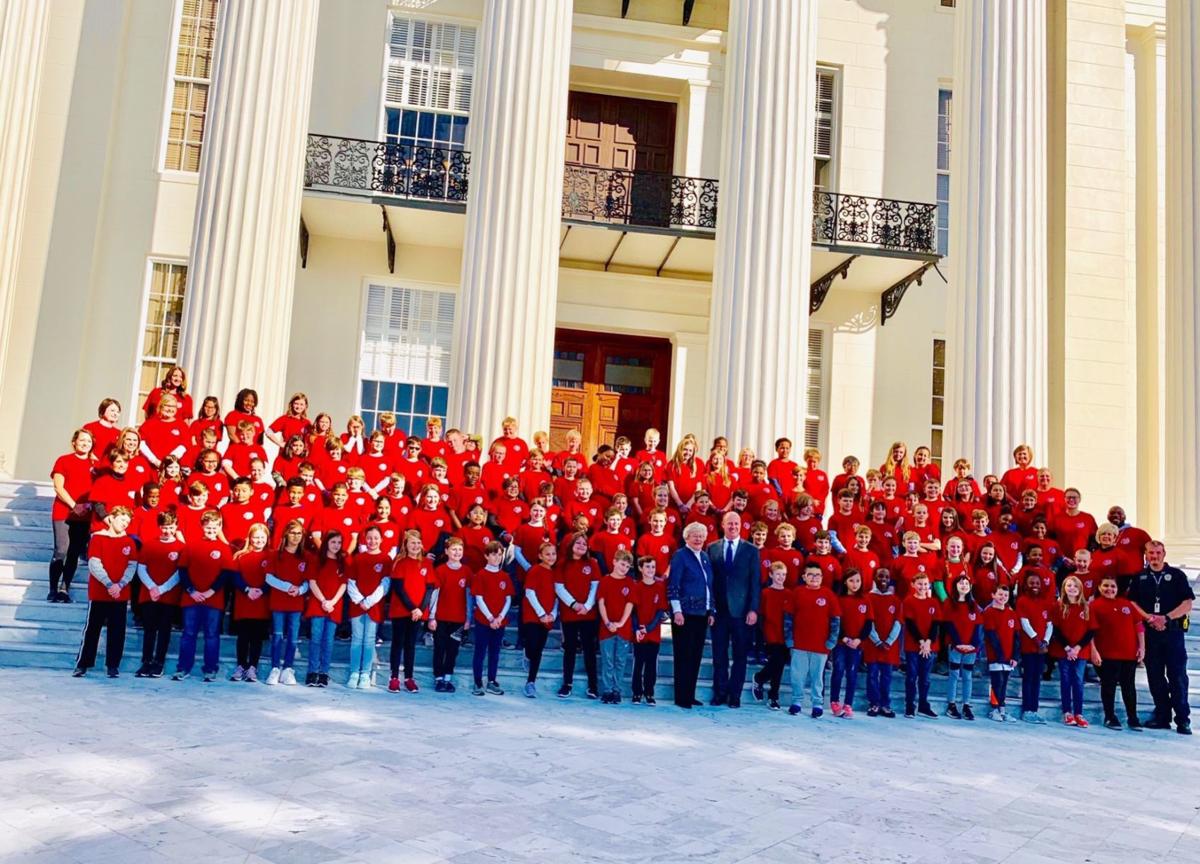 The 4th grade from Cherokee Elementary School toured the Capitol in Montgomery. They're shown with Gov. Kay Ivey and Lt. Gov. Will Ainsworth. 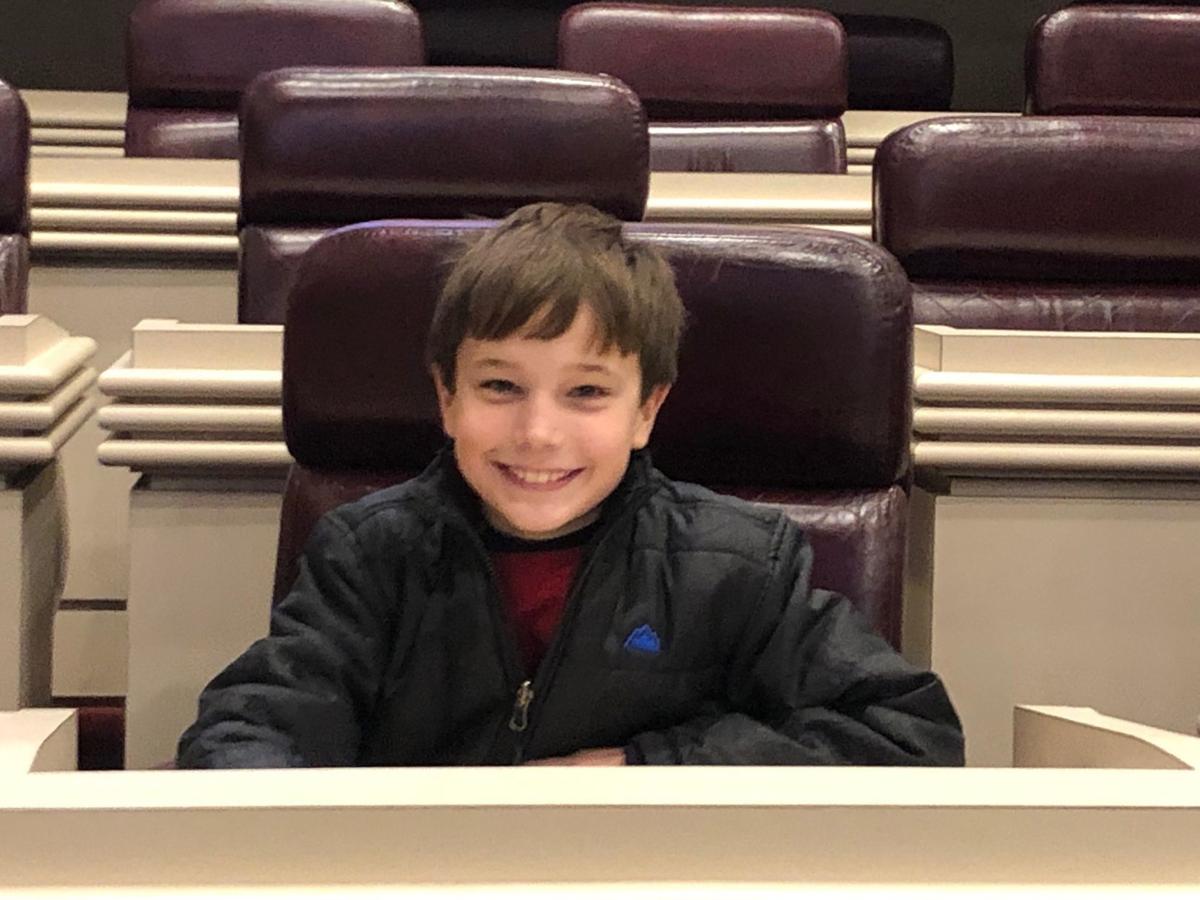 Sam White is shown in a legislator's seat at the Capitol. He knew his senator was Sen. Clay Scofield.

The 4th grade from Cherokee Elementary School toured the Capitol in Montgomery. They're shown with Gov. Kay Ivey and Lt. Gov. Will Ainsworth.

Sam White is shown in a legislator's seat at the Capitol. He knew his senator was Sen. Clay Scofield.

Alabama history is taught in the 4th grade and the subject recently came to life for the 4th graders of Guntersville’s Cherokee Elementary School.

The entire 4th grade took a field trip to Montgomery, where they toured the Capitol, the State House, the Senate and the State Archives. Principal Julie Ann McCulley said it was a terrific day for the students.

Lt. Gov. Will Ainsworth was their tour guide for at least part of the trip. His twins Hunter and Hayes are Cherokee 4th graders. Ainsworth even showed the students a secret passage at the Capitol and he allowed them to have a mock vote on both the House and Senate floors.

McCulley said the trip tied right in with the state’s bicentennial celebration. The Apple Foundation and the local legislative office provided funding to offset the cost of the trip.

“We took charter buses,” McCulley said. “Because of the grants from the Apple Foundation and the legislative office, parents only had to pay $20 for their children to make the trip.”

In the mock vote in the House, the Cherokee students voted to extend summer vacation to 6 months and implement a longer school day to offset the longer break.

“It was really neat when Lt. Gov. Ainsworth showed the kids the secret staircase from the House to the Senate floor,” McCulley said. “He let the kiddos go class by class through his office.”

The “grand finale” of the day was the entire 4th grade having its photo made with Lt. Gov. Ainsworth and Gov. Kay Ivey on the steps of the Capitol.

“The kids were great,” McCulley said. “They were very well-behaved.”

At the state archives, the students got to see the multiple incarnations of the Alabama State Constitution.

“The Archives is a great museum showing 300 years of history here in Alabama,” McCulley said.

Ainsworth said he made sure the kids knew some of the differences in the House and the Senate.

Ainsworth asked the students if they knew who their Senator was.

Sam White, the son of Stewart and Kate White, knew it was Sen. Clay Scofield.