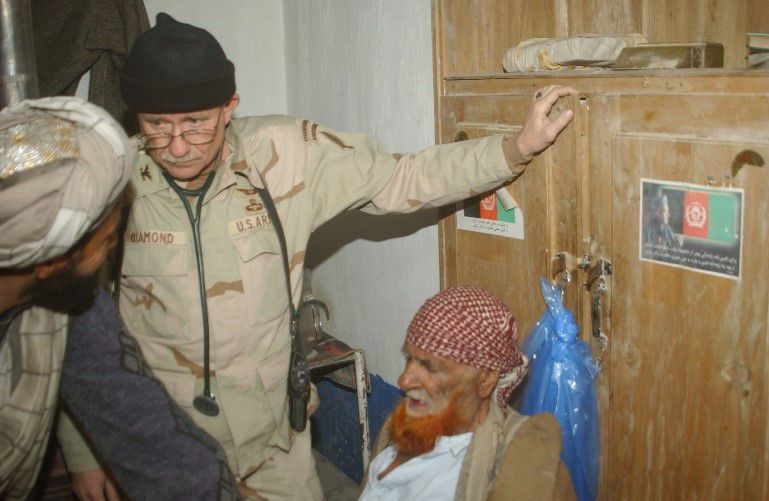 Dr. Diamond is shown at his duty station in Afghanistan. 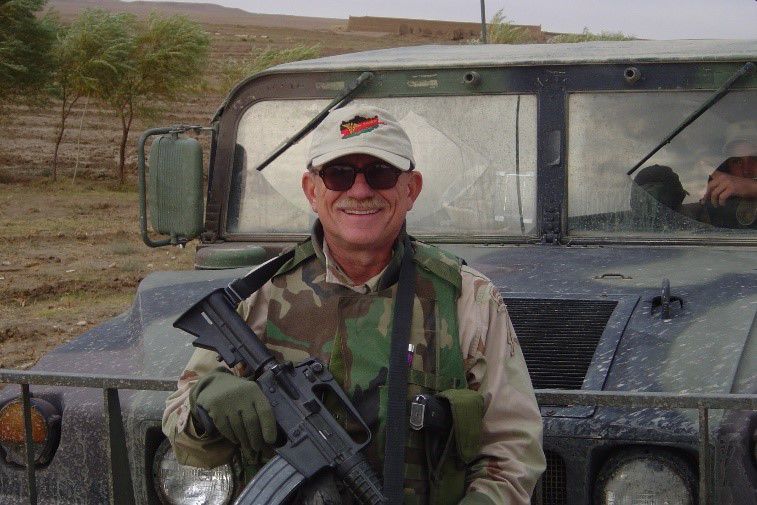 Dr. Diamond is shown at his duty station in Afghanistan.

The morning of 9/11/2001, I was getting a haircut in Barnes Barber Shop, downtown Guntersville. The TV was on, of course, and we all watched in disbelief as the Global War on Terror exploded into full blossom.

It had been festering for many years and had erupted in equally violent, but less awe-inspiring episodes, in Lebanon, 1983; New York City, 1993; and Kenya and Tanzania; 1998. Yes, there were other events.

One of the barbers asked, “Doc, what do think this means?”

My response was, “I think this means you aren’t going to cut my hair again for a while.”

Two days later, I got a phone call from the Operations Officer in the Surgeon’s Office at U.S. Army Special Operations Command (USASOC), Ft. Bragg, NC. He asked, “Colonel, you going to the grocery store today?”

He came back with, “Well, sir, if you do, don’t buy any green bananas cause you won’t be home long enough for them to get ripe.”

I was in the Army Reserve, serving as an Individual Mobilization Asset to the Command Surgeon for USASOC, working full time in my civilian capacity at Marshall Medical Center South. I reported to Ft. Bragg on Columbus Day, October 8, and remained on Active Duty for the next 7 years, including 2 combat tours in Afghanistan. My prior war time service was Operation Desert Shield/Desert Storm in Saudi Arabia, Iraq, and Kuwait, when I was mobilized from the Alabama Army National Guard.

During those months in Afghanistan I participated in missions with both Active Duty and mobilized National Guard Special Forces Groups. I want your readers to know that the expertise, ability, professionalism, dedication, tenacity, and courage of the soldiers from the Alabama Army National Guard’s 20th Special Forces Group are second to none! These quiet professionals are a tremendous credit to our state.

I’m proud to have had the opportunity to serve my country!