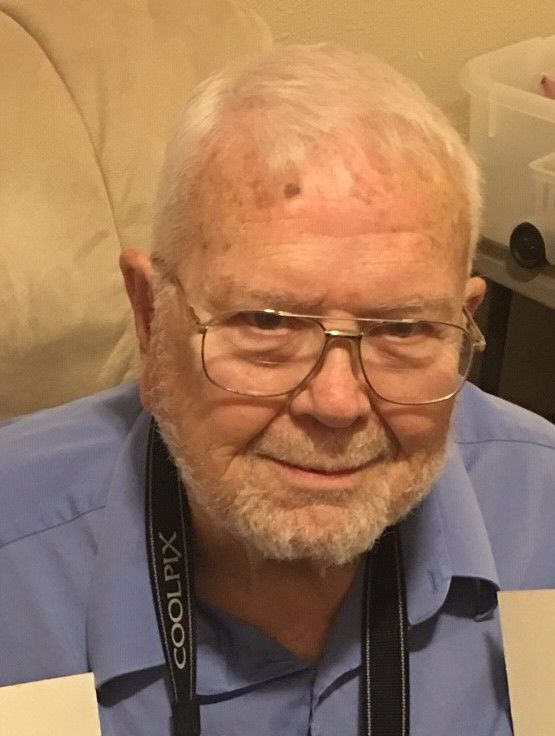 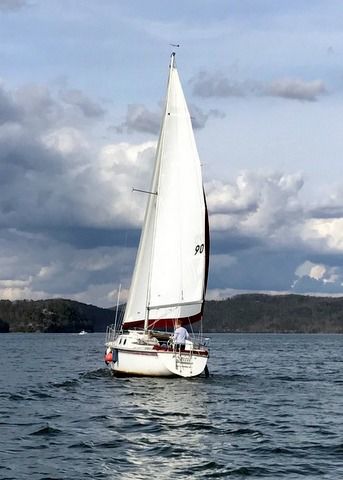 Sailing, both on the ocean and on the lake, is a pastime Perry Leaming has enjoyed for many years.

Sailing, both on the ocean and on the lake, is a pastime Perry Leaming has enjoyed for many years.

(Marshall County's Perry Leaming has kept a journal for many of his 90 years. He provided us some excerpts and we will be running a series of his remembrances over the next few weeks. This is a remembrance of his adventures with his late wife Dottie.)

While playing with the computer this morning, my mind wandered and I began jotting down some of the wonderful memories of the events I shared with my late wife Dottie over 54 years.

These are a few highlights.

When my family moved to Nashville in 1946, I first saw her when she was mowing the lawn of her house across the street. She had on a yellow polka dot bathing suit. I asked her out to a Vanderbilt fraternity dance and she asked me out to several of her high school proms.

We were married in 1951 when I was on active duty in the U.S. Air Force. Our family began to grow in 1953 when our first daughter was born.

We loved the Smokies. I recall hiking trips to LeConte Lodge and the rustic charm of the place. The air was clear, crisp and the views were breathtaking. Elevation was 6,400 feet. We enjoyed photographing the mountains in all four seasons.

Dottie carried the tripod and I carried camera gear and a pack with things we needed for the trek.

We had some memorable trips over the years.

Dad was appointed by our government to complete the Intra American Highway and we took the two girls to Honduras to visit my folks, who lived in Tegucigalpa.

We flew that trip in an old, unpressurized DC4. Both little girls slept soundly when we had to climb to 13,000 feet to clear some mountains on our approach to land.

Some years later, we delivered a new car when my family had moved to Guatemala. That drive began in Atlanta, Georgia, and went through all of southeast Mexico. We spent about a week in Mexico City, followed the coast and stopped at Veracruz for majestic seafood. We crossed the border at Tapachula. Guatemala was having some political troubles at the time and there were road blocks on all the highways. They stopped you and you would hear the click of weapons being cocked. You breathed a sigh of relief if they waved you on through.

On the way to Guatemala City, we spent a night at an inn and were restless as we heard machine gun fire. We were told that driving at night, you kept the lights on inside the car.

A few years later, we spent our 25th wedding anniversary on a cruise ship to the Caribbean. Our cruises were all calm, with no worries of a junta.

Dottie loved the sun and as soon as the kids were old enough, we spent every Easter break along the beaches at Destin or Panama City. It was more fun when were able to use a 6-seat airplane and all fly to the beach. Flying made a longer stay possible.

When one of our sons moved to Naples, Florida, we started to visit him and began longer stays in condos and rental houses. We greatly enjoyed having friends and family join us for our frequent trips to Naples.

One adventure began in 1999 when Dottie was diagnosed with cancer. A few weeks after she started chemotherapy, I borrowed a twin Beechcraft Baron and we flew to Naples for a week. On the way back, Dottie lost a good bit of her hair; that was the beginning of our 6-year adventure with her illness.

Our oncologist urged us to stay busy and travel. He would arrange chemo in Naples and once in New York when we went on a tour to see all the shows and shop for what turned out to be our last Christmas.

Dottie was happy and active up until the following fall when, a week or so after we returned from a family gathering in Florida, our doctor noted a dramatic change, suggested hospice, and a week later, she died peacefully at home.

I believe I have learned a few things about happiness and love in a family. Adventures do not have to be elaborate cruises or trips to foreign lands.

A new outfit for school, frequent picnics, eating meals together and worshiping at church are important. I hope our kids agree as they look back and remember the love and our efforts to keep a calm and stable home for them.