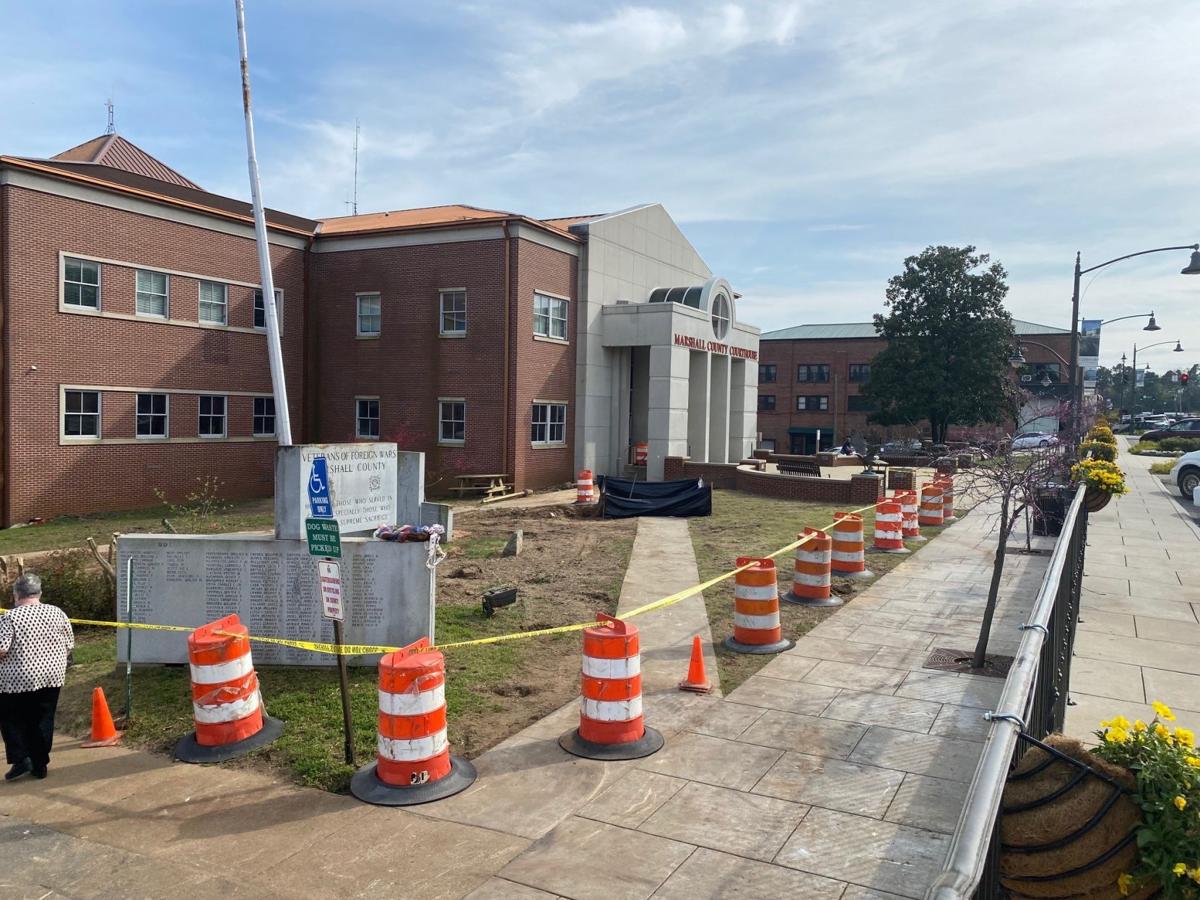 Now that the giant oaks are gone, the Courthouse lawn is a blank canvas for a makeover and people around the county are talking about how they would like it to look in the future. 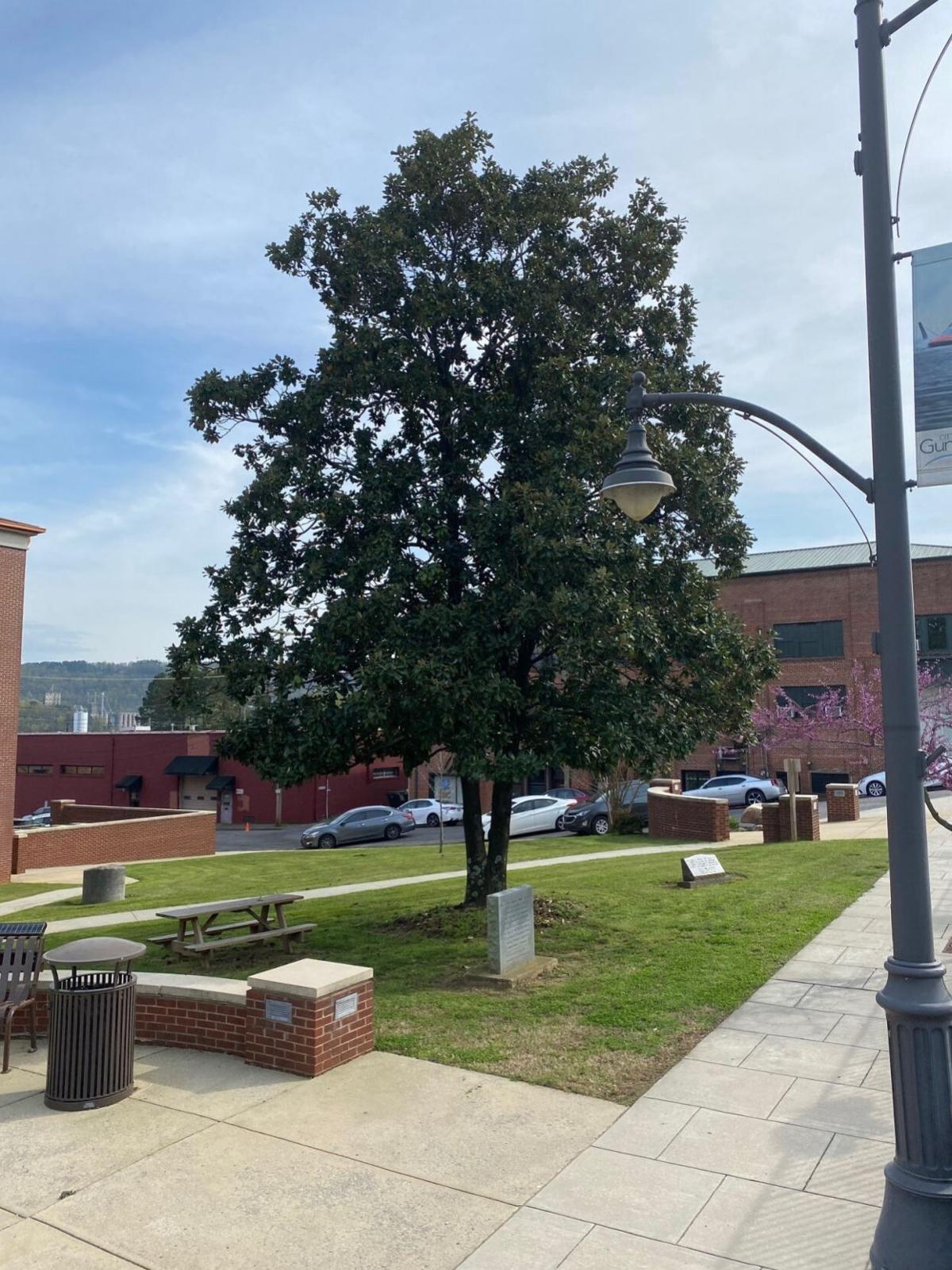 The idea of planting mini-magnolias on the Courthouse lawn is not without precedent. There is one already to the right as you enter the Courthouse from Gunter Avenue.

Now that the giant oaks are gone, the Courthouse lawn is a blank canvas for a makeover and people around the county are talking about how they would like it to look in the future.

The idea of planting mini-magnolias on the Courthouse lawn is not without precedent. There is one already to the right as you enter the Courthouse from Gunter Avenue.

After the big oaks at the Courthouse fell in the storm Sunday, and all the damage was gathered up, a new conversation started happening: What do we want the Courthouse lawn to look like in the future?

It is a conversation worth having.

This is an opportunity to maybe change things up and improve the aesthetics of the Courthouse grounds. As one person put it, “The oak trees lasted about 3 generations, a gift given to us by a past generation. What will we leave for the next generations?”

We all have our own ideas of how the Courthouse – the center of government in our county – ought to look. I think some of those miniature magnolias would just be terrific. I don’t know if they’re really called that. They’re magnolias, but they don’t reach gargantuan size. My mom and dad have one in their yard.

I think a couple of those, maybe even 3 or 4 of them, and some flowering shrubs would go a long way towards dressing up the Courthouse lawn. You don’t want a great big tree in a confined space like the Courthouse lawn. We’ve seen what that leads to. You want small to medium trees, like the miniature magnolias I speak of.

A buddy of mine called saying he was hearing from friends that the county ought to plant palm trees on the Courthouse lawn.

“They’re saying it happened on Palm Sunday, so it was a sign,” he said.

Perish the thought! This isn’t Florida. My pal had such a flat delivery, I couldn’t tell whether he was serious or not, but he did put a smile on my face as a call from him usually does.

There is a much more serious question for the County Commission to consider. Is this the time to maybe consider relocating the many memorial monuments that are on the Courthouse lawn?

I’ve heard a good deal of carping on the monuments over the years. A lot of people just don't like how they look. The idea is not that the county’s war dead shouldn’t be honored, just maybe there’s a better place to do it than right in front of the Courthouse.

The people who aren’t crazy about the monuments say the lawn looks like a cemetery.

A friend who currently works in the Courthouse confided to me that there are actually 2 “cemeteries.”

This person feels a better use of that space would be a nice grassy open space where citizens could spread blankets and sit when there are downtown events going on.

The monuments take center stage two days a year, when observances are held for Memorial Day and Veterans Day. But it’s actually a horrible venue for such solemn observances. With Highway 431 traffic mere yards away, it’s very difficult to hear the guest speakers at the ceremonies.

I’m just the messenger in this, reporting what I am hearing. Whatever the County Commission does, whether the monuments stay or go, some nice landscaping is in order and Chairman James Hutcheson has said he plans to consult with city horticulturist Wendy Walker about it, a very good move in my opinion. Wendy and her crew keep downtown looking terrific.

The loss of the giant oaks is an opportunity for us to impact future generations with a nice landscaping plan to make the Courthouse an attractive, inviting place. We shouldn’t squander it.