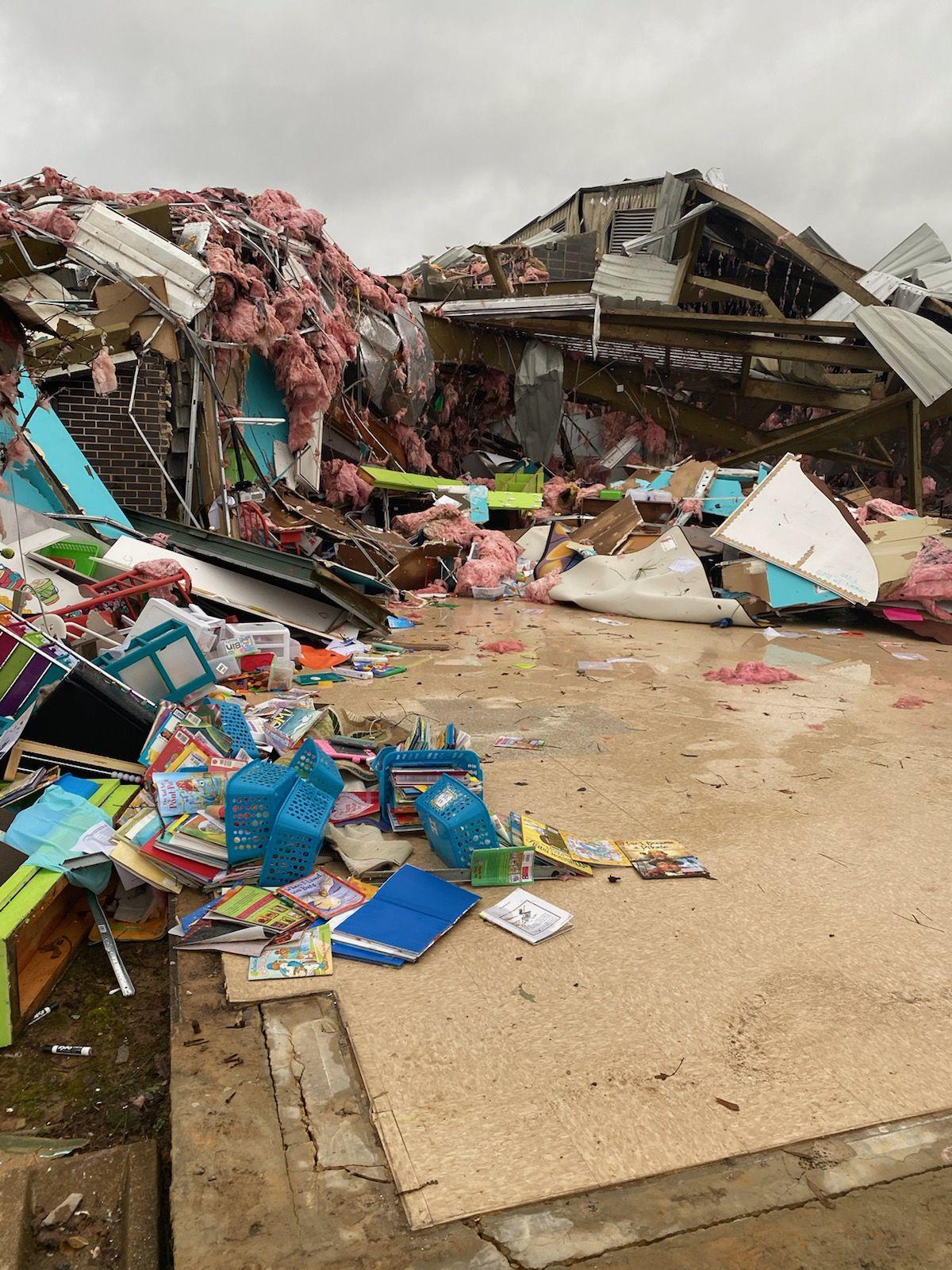 The tornado that ripped through Union Grove left Brindlee Mountain Primary School in shambles. This is one area with lots of books and other colorful debris strewn about. 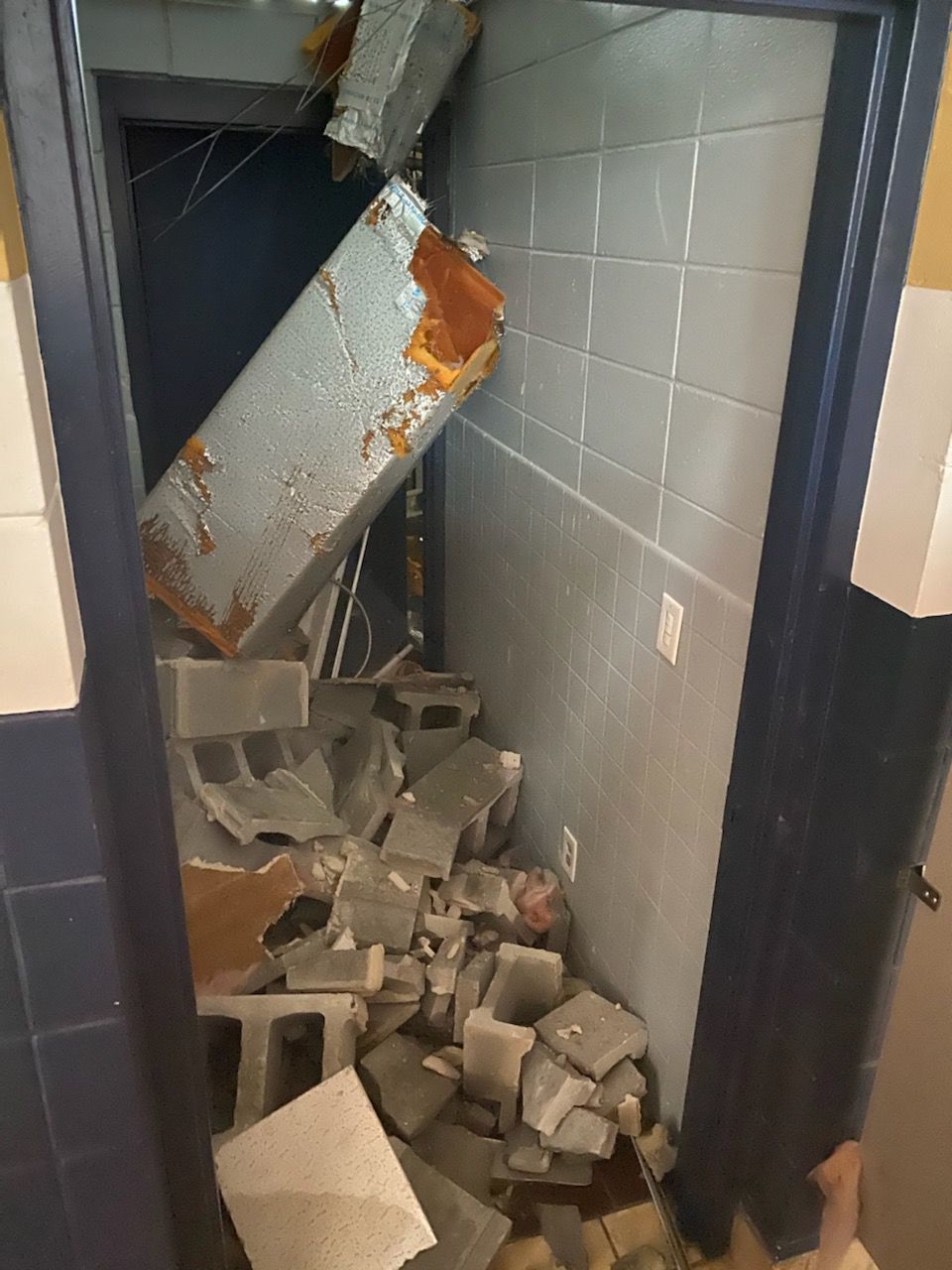 This picture is of the damage at the boys' bathroom. Dr. Cindy Wigley said this area is a place where the students could have been if school had been in session. 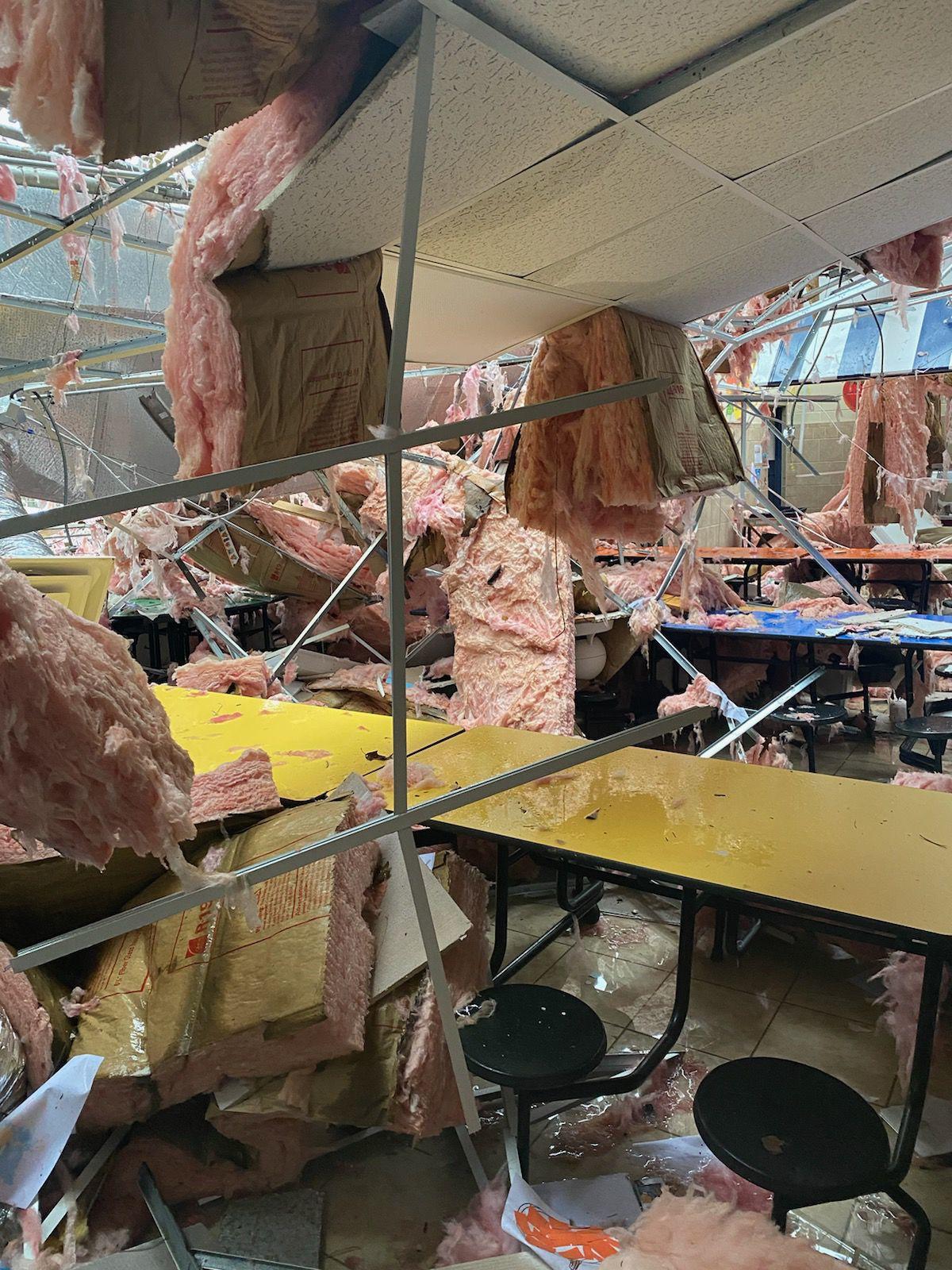 This is a picture of the lunchroom after the tornado came through. 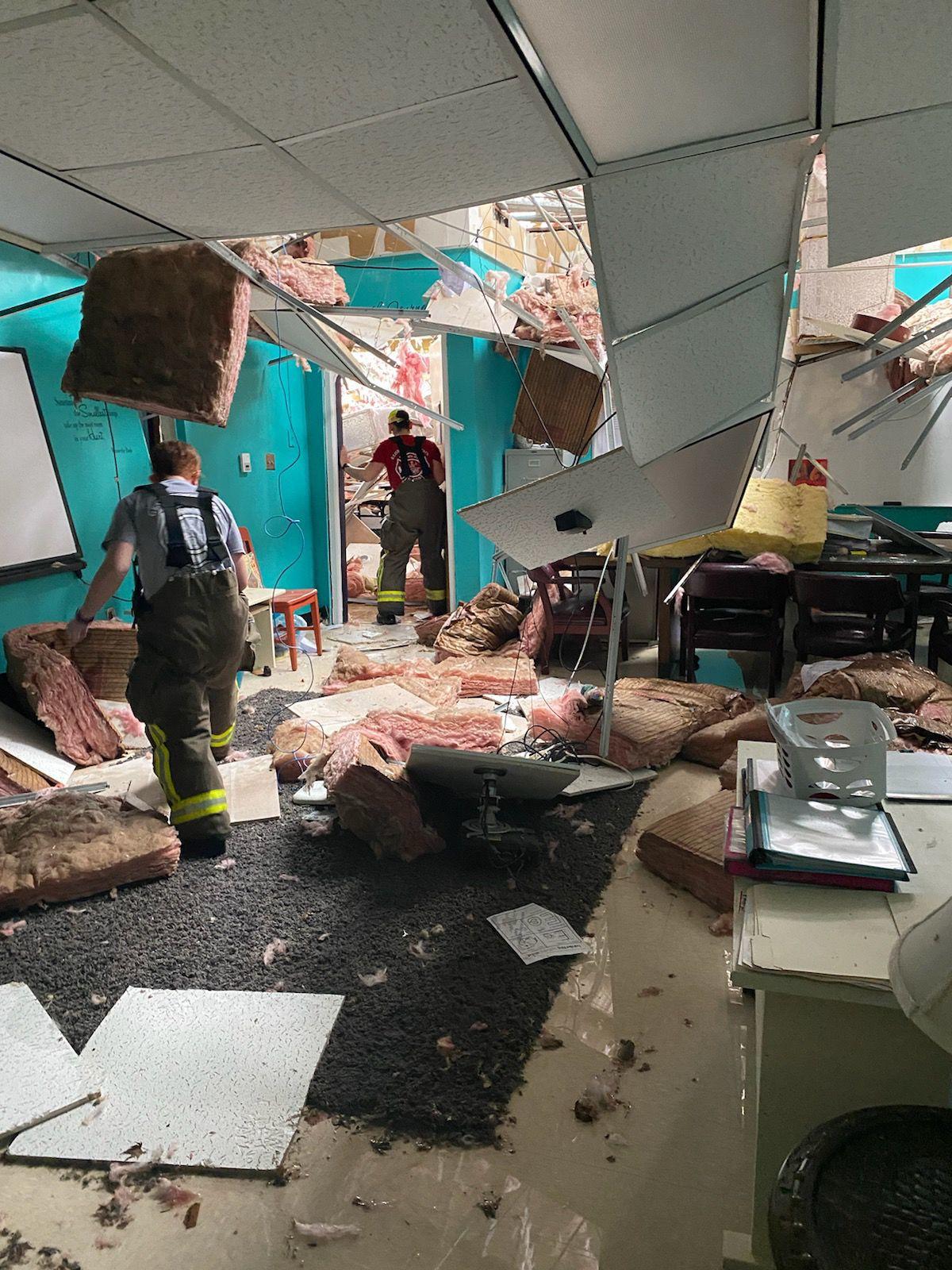 This classroom was is disrepair after the tornado, but some of the items may be salvageable.

The tornado that ripped through Union Grove left Brindlee Mountain Primary School in shambles. This is one area with lots of books and other colorful debris strewn about.

This picture is of the damage at the boys' bathroom. Dr. Cindy Wigley said this area is a place where the students could have been if school had been in session.

This is a picture of the lunchroom after the tornado came through.

This classroom was is disrepair after the tornado, but some of the items may be salvageable.

School officials were still assessing the damage early this week from Saturday's EF 2 tornado that struck Brindlee Mountain Primary School, leaving most of the property in shambles.

In a special called meeting on Monday, the Marshall County Board of Education declared an emergency and requested financial assistance from the State of Alabama.

Superintendent Dr. Cindy Wigley said there is extensive damage that has been done to the school and they will need time to rebuild a safe and secure school. There is an immediate need for action to get the process going and that was the reason for the special called meeting on Monday.

On Saturday at 1:29 p.m., the tornado touched down in the Union Grove community. Wigley expressed how grateful she was that no students nor staff members were at the school during the tornado.

They have been working diligently on providing a safe place for the students and will be moving Brindlee Primary students to Brindlee Mountain High School. There are some rooms in the high school that are used for extracurricular, but these teachers are moving to the main building so the primary students can use that space. Wigley explained this area is where the driver's ed classroom and the in school suspension room is located.

The area that the primary school will be in will not be interacting with the high school. Wigley said the school lunches will start for the primary at 10:40 and finish before the older students go to lunch.

Wigley said there has been an out pouring from the community. The community is pulling together and making the best of the situation. The school is working on saving what they can.

The insurance adjuster was at the school and has taken pictures. He did a walk through and there are no solid dollar figures on the damage yet. Wigley expects to have that total soon.

The reason for the move to the high school is because the modular school buildings would take a lot of time and they are not as safe as a school building. It could take 1 to 3 months before a modular can be built and placed.

Right now, the school is preparing for the move and school officials feel it is a good solution. There are approximately 250 students who will be coming to the high school from pre-k to second grade.

Wigley wanted to thank the community and churches for all of their assistance. She wanted to make it known that they have an account at Citizens Bank for the school and several locations are accepting donations of school supplies.

Each day this week, a church will sponsor lunch for about 80 people who are working on the school. It was Old Brashiers Chapel on Monday, Sweet Home Baptist on Tuesday and New Covenant onWednesday On Thursday, it will be Union Grove Baptist and Friday will be Union Chapel. Wigley was grateful for the help of these churches and feeding the workers.

"We are survivors," Wigley said. "These are salt of the earth people."

Principal Terry Allen has been with Brindlee Primary for several years and is leading the charge with the cleanup. Wigley said Allen and the staff are working full force on moving the classes and helping any way they can.

The Union Grove Volunteer Fire Department has been there since the moment it happened, Wigley said. They are located just across from the school and had their bay doors open when it happened. They have been there to help with anything needed.

She  wanted to thank several school systems that have already reached out to help any way they can. Huntsville City, Madison County, Dekalb and Albertville City have offered help. She said Albertville reached out and told her that they had been through it and would help with any kind of assistance they can offer.

Wigley thanked Marshall County District 1 Commissioner Ronny Shumate for all of his updates and for his crew. They worked on clearing the parking lot of the debris.

Brindlee Mountain Primary was built in 1977 and because of guidelines for new school buildings, the cost will be huge. Although the school has insurance plus coverage, the cost to rebuild is expected to be more than what is covered by insurance.

Wigley said the cost will hurt. She is hoping the state has a way to help pay the cost. The total is not in, but she is already worried about the cost.

Wigley wanted to thank the Marshall County Sheriff's Office for all of their assistance too. She said there have been 3 deputies on the scene at all times protecting the people there and protecting the property as well.

Board Member Joe Van Bunch lives right across from the school and he said his heart dropped when he saw the damage. He was in his storm shelter when the tornado came through. He said he is grateful that there were no students or staff in the school at the time and he said this is a good example of what could happen.

Board Member Brian Naugher thanked everyone for their assistance and the leadership behind getting it all done.

The school is still in the assessment phase and is unsure of the total cost of damages, but should have a cost later this week. The students at the primary could be without a school for a year or longer due to construction, but they will pull through this, Wigley said.