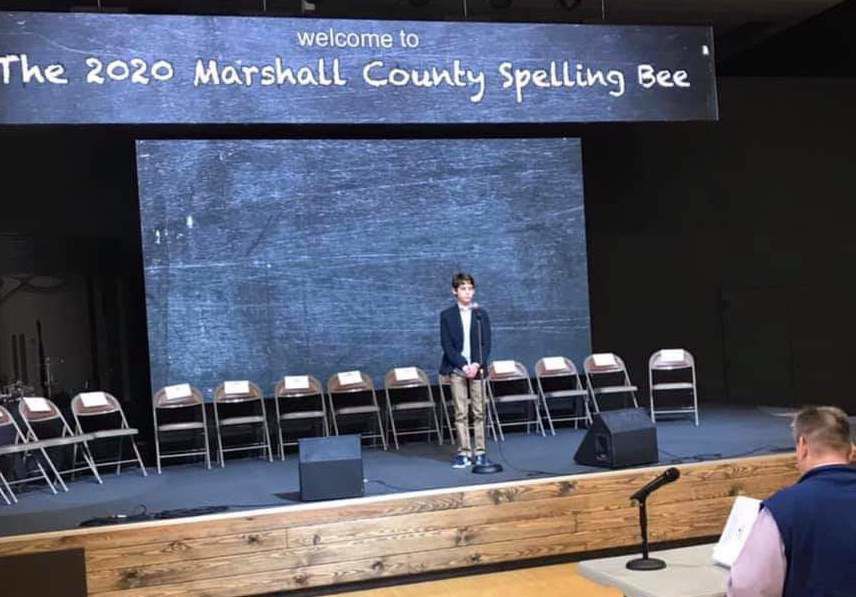 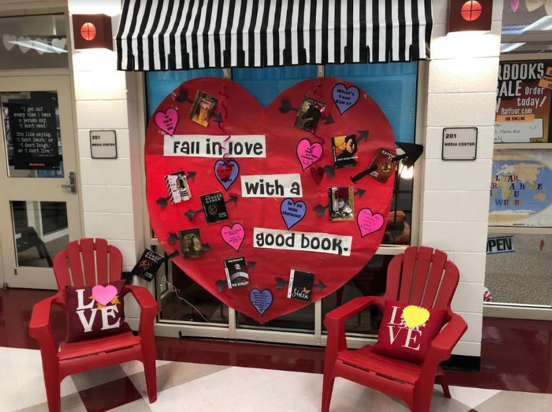 The GMS library was decorated to celebrate a day of love and kindness.

The GMS library was decorated to celebrate a day of love and kindness.

We recently announced that the 2020 GMS Spelling Bee winner, Elliott Storey, would be competing in the Marshall County Spelling bee championship competition. We are pleased to announce that Elliott won the county bee.

Elliott has been a strong spelling competitor since his days at Cherokee Elementary. He said, “I have been interested in the bee for years. I have entered it 5 times starting in 3rd grade.”

Elliott had a lot to do to prepare. “I had to study 4,000 words for about the last month to be prepared,” he said.

The competition is held in Albertville each year. Elliott said the competitors were all very nervous. “I was not extremely confident that I would win. With 4,000 words, it is easy to make a mistake. One letter could knock you out of the competition.”

We asked Elliott what was the hardest word. He said, “ You can’t really choose a hardest because a lot of them you wouldn’t be able to spell without studying. Some examples are: Reykjavik, Ushuaia, and Ouagadougou."

Elliott will now advance to the state competition. To prepare, he says he will study the same list and focus more on word origins.

When he is not being a spelling whiz, Elliott, who is in the 8th grade at GMS, enjoys reading, playing tennis, and running cross country. He has two brothers and a dog named Simon.

Good Luck to Elliott at state!

The state Superintendent’s Art show is hosted each year to honor young artists across the state of Alabama. This year, one of those honored is our very own Lilee-Ann Bynum.

Lilee-Ann’s artwork was entered into the photography portion of the competition. She said that Mrs. Jones, our art teacher, encouraged her to enter. She knew she wanted the American flag as part of her picture.

Lilee-Ann likes art because she gets to use her creativity to design different things. Besides art, she also enjoys being outdoors with her family and traveling together.

Congratulations to Lilee-Ann and Ms. Jones!

The GMS Media Center is constantly changing its appearance as the seasons and holidays roll along. Mrs. Samuels and Mrs. Calvert work very hard to decorate the front as well as the inside of the media center in keeping with the season. With Valentine’s Day this week, the media center was full of hearts and valentines.

Hearts and valentines were on the minds of many students as well. Even though we don’t put valentines in a box for our classmates anymore, we still enjoy the celebration.

Paige Hawkins said that the day reminded her how much she loves her friends and inspired her to want to do nice things for them.

Kalun Cobb said that Valentine’s Day meant telling the people you love how much you care about them.

Ms. Thomason said, “All the holidays were always important at my house growing up. I try to make the holidays memorable for my kids as well. My mother still gets me things for Valentine’s Day. This year she got me some cute shirts to wear to school.”

Teegan Zamudio likes the candy that he gets for Valentine’s Day. “Something about the holiday just makes it a bit sweeter.”

No matter how you plan on celebrating this weekend, enjoy a nice long Valentine’s weekend and be sure to tell the people you love how much they mean to you.