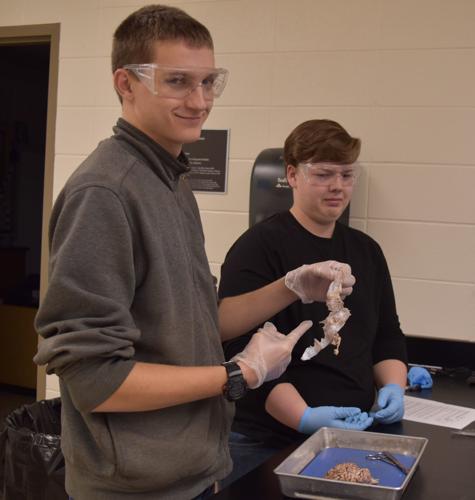 Lucas Collier (left) enjoyed dissecting a sheep brain in his anatomy class, but his lab partner,Matthew Laski, isn’t so sure that it was an enjoyable experience. 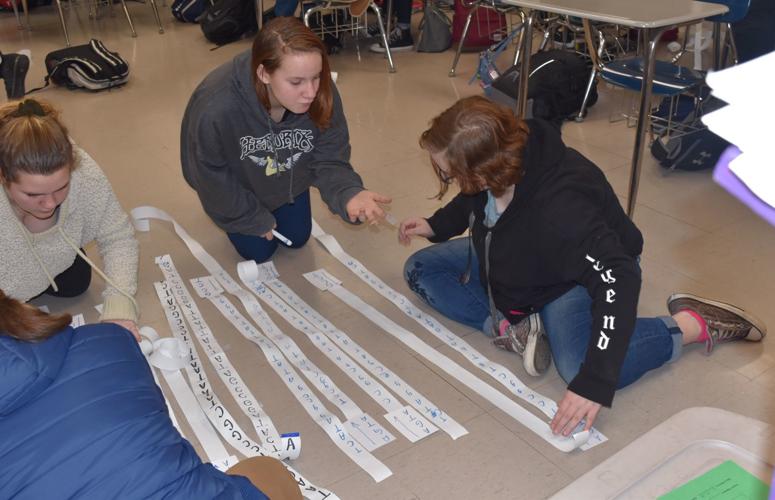 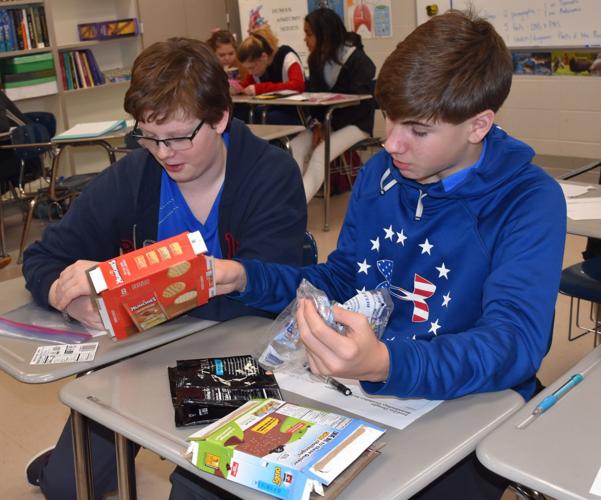 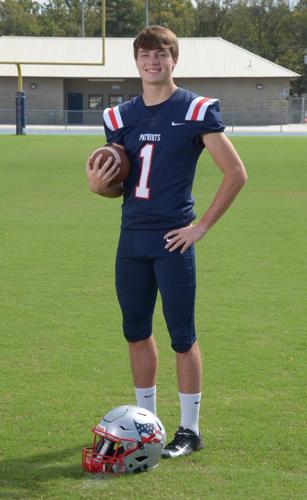 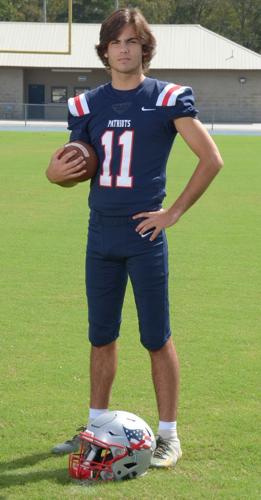 Lucas Collier (left) enjoyed dissecting a sheep brain in his anatomy class, but his lab partner,Matthew Laski, isn’t so sure that it was an enjoyable experience.

This year, during what has been an amazing football season for DAR High School, a few players who worked especially hard have earned spots on the All-State football team.

Seniors Brayden Lewis and Will Bailey have been inducted onto First Team, which is a special honor.

“To be on the All-State team means everything,” says Brayden Lewis. “We work so hard all season to make All-State, not just for ourselves, but for our team.”

Will Bailey feels much the same, saying that being on the All-State team means, “I’ve worked hard this season.”

The All-State team doesn’t actually play games, but selections for the team are made based off of a player’s accomplishments during the football season. Players are chosen from their statistics and how well they performed throughout the season. Only the best in the state are able to make the team.

“They chose me out of the best in the 4A classification,” said Will Bailey, noting that a big part of making the team is hard work, leadership, and of course, stats.

“I was excited to be selected and hopefully the recognition will help me get a football scholarship,” Will said about finding out he was selected.

“When I found out I was on the team, it meant everything to me. I felt like all the work I had put in had finally paid off, and I was proud to be one of the first ones from our school to ever be on the team.” Brayden said about finding out he made All-State.

Just like Brayden and Will said, All-State truly is an amazing honor, with only thirty from all around the state being selected for First Team. All-State can be achieved not only by seniors, but by freshmen, sophomores, and juniors, too, though the players chosen from DAR this year are seniors.

“I am so thankful for my team because without them, I wouldn’t have been able to receive this recognition, and I want to thank all of them and my coaches for believing in me,” Brayden continued, expressing his gratitude for being picked, in a way that seems to speak for both of the DAR players chosen for the 2018-2019 All-State football team.

Mrs.Weems’ Anatomy and Physiology class has been studying the brain and nervous system.

So for the lab, the class got have hands-on experience and got to cut up a sheep brain. The purpose of the lab was for the students to learn where the individual parts of the brain are located.

Lucas Collier found the lab fun and intriguing for the nervous system. “It was very informative and fun,” Lucas said. His lab partner, Matthew Laski, wasn’t quite as excited as Lucas and didn’t want to touch the brain or get too close to it.

Biology Not So Boring?

As the freshman Pre-AP biology class studies genetics, Ashley Weems, the AP science teacher at DAR, has been working extra hard to give her students a deeper understanding of the topic by organizing hands-on activities.

Students were shown how to differentiate between healthy and unhealthy food using their knowledge of genetic modification. They examined food labels to decide the healthiness of each food, and discussed have genetic modification has real-life impacts.

Students have also been learning about DNA and RNA transcription, as well as about the similarities and differences between the two. Adenine, guanine, cytosine, thymine, and uracil are constituent bases of DNA that they have been studying as they learn how to transcribe DNA and RNA using this information.

Something also covered in the genetics unit is the way our genes influence our physical appearance, ability, and genetic defects. During the unit, students also learn about the human genome, our entire genetic makeup, and how it can be used to eradicate and prevent diseases.

Genetics is an important topic in biology, as it impacts our daily lives and is constantly changing. Thanks to Mrs. Weems, her students are able to have a broad knowledge of genetics and the way it influences our lives right down to the things we eat, which is not only helpful as a student, but as an adult.

2. Beta Club pick up forms for state convention from Mrs. Clark. Forms are in a folder outside her door. Deadline for deposit is January 25.

3. The Alabama STEM Education Program will be hosting the first STEM Expose’ on Saturday May 4, 2019. Please visit the website at www.alabamastemeducation.org for additional information. All middle and high school students in Alabama are encouraged to participate in the STEM Expose’. Should you need additional information, you may contact Mrs. Juanita Graham (Executive Director) Alabama STEM Education at alabamastemeducation@gmail.com.

4. Yearbook order forms will be given out in homeroom on Jan. 24. Forms will also be available in the high school office and online on the school website. The cost for a yearbook is $75 and the deadline to order is April 18. Forms are also available if you would like to put a personal ad for your graduating senior in the yearbook. Ad prices start at $30. If you have questions you can contact Mrs. Clark at clarke@marshallk12.org or call during school hours 256-857-5150.

5. Seniors – it is time for Senior Who’s Who, senior quotes, and senior baby pictures. Voting for Senior Who’s Who will be January 21 – February 1. Voting information will be available in Coach Keller’s English classes, Coach Holland’s Gov/Econ classes, Coach Rice’s class, and on Google Classroom. The Google Classroom name is “Seniors 2019” and the class code is hmr0smk.

6. Private music lessons for piano and wind instruments will be offered at discounted prices at DAR Elementary School. You don’t have to be an elementary school student to take these lessons. For more information, send your email address to Serendipity Arts Music Studio, owned and operated by Ms. Jan Betterton. Email address may be text to (256) 836-5943, Email to serendipityarts18@gmail.com or on the website in the “Contact” section at www.serendipityartsmusic.com.

The following students will be celebrating their birthday during the coming week. Wish them a happy

birthday when you see them!