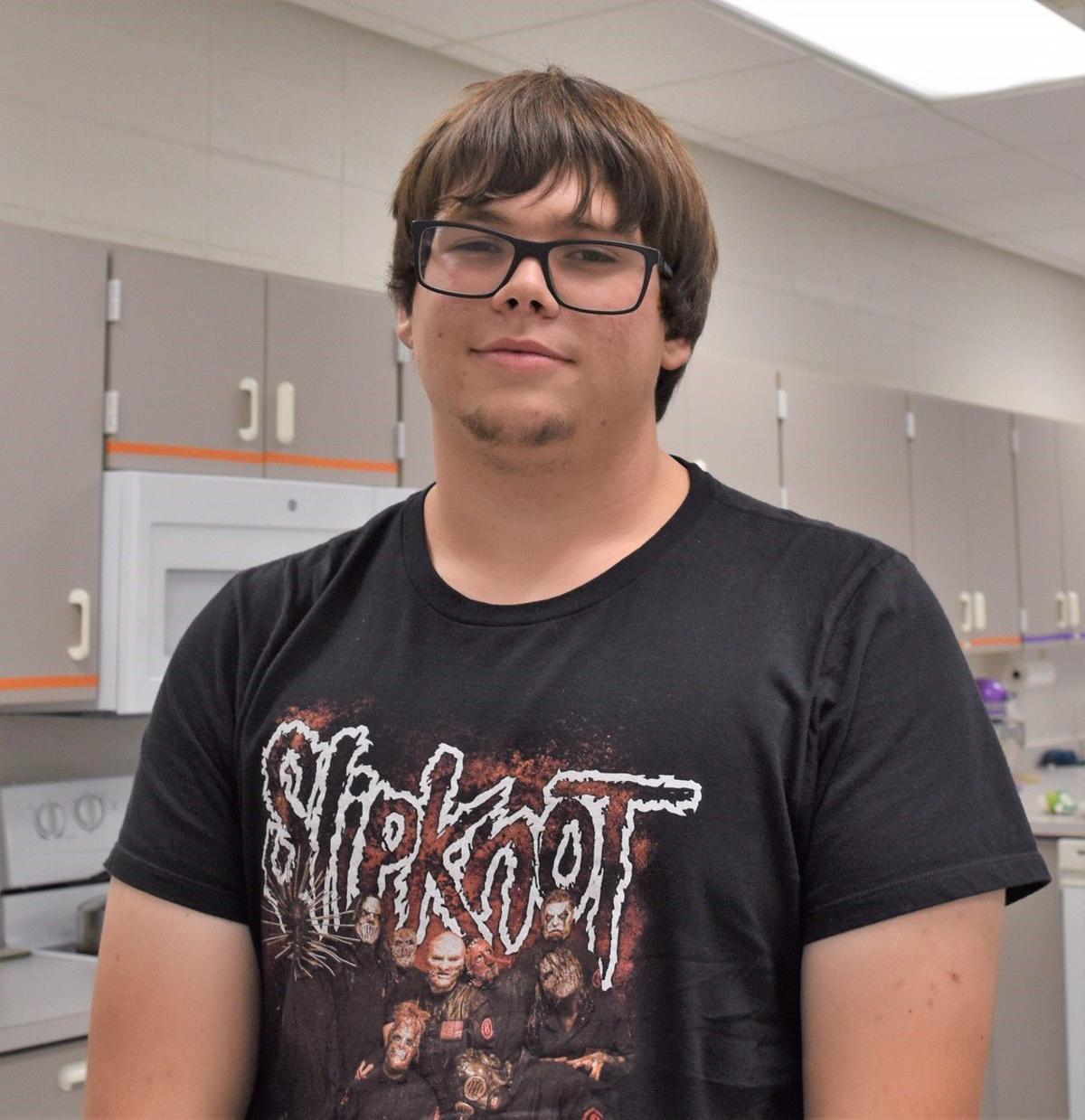 The Patriot Marching Band was invited to participate in the Veterans Day parade in Birmingham. 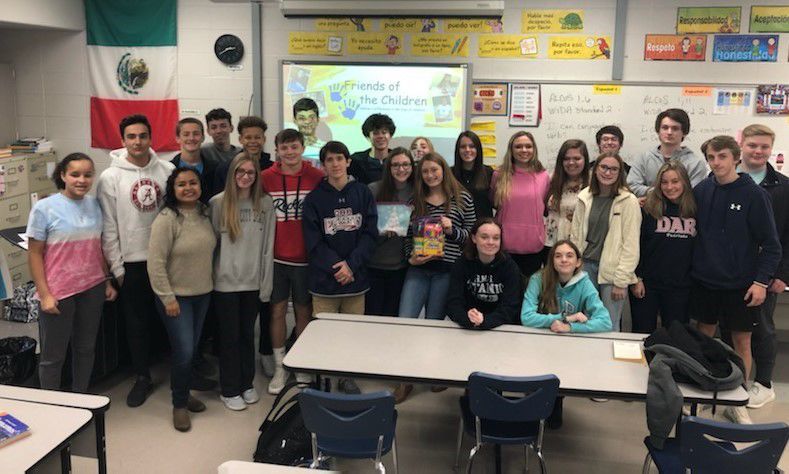 Mrs. Brown’s Spanish classes had a guest speaker that shared stories about the impact their project “Christmas Child” has on the children in Central and South 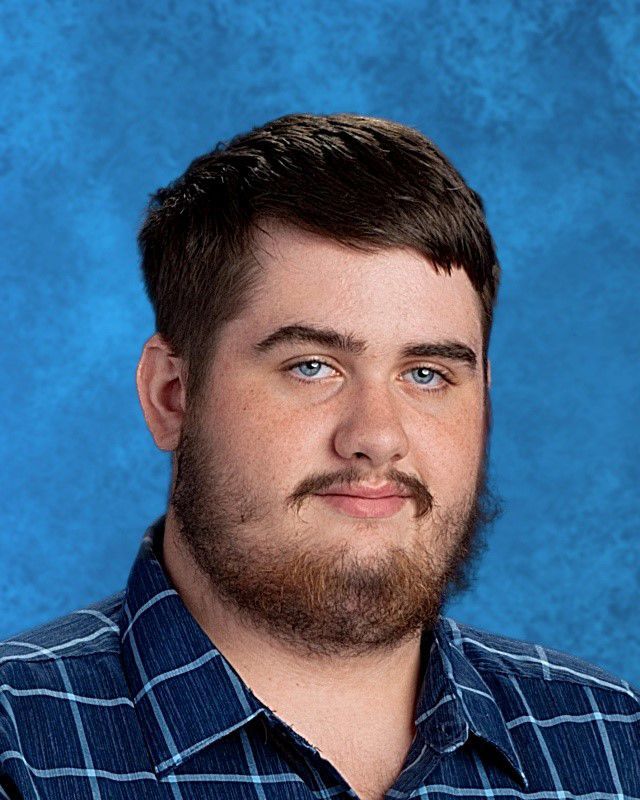 The Patriot Marching Band was invited to participate in the Veterans Day parade in Birmingham.

Mrs. Brown’s Spanish classes had a guest speaker that shared stories about the impact their project “Christmas Child” has on the children in Central and South

David Dabbs is a DAR senior. His favorite class is science with Coach Rice. Rice is also David’s favorite teacher because they talk about real issues. After high school, David hopes to open a body shop and/or be a mechanic. He spends his free time working on computers and building sound systems. If he could change anything about DAR, it would be the dress code. David’s dream job is a CEO at Microsoft. He enjoys alternative and metal music. His advice to under- classmen is, “Don’t do drugs, they’re not good for you.” He plans on moving to Woodville after school. His favorite high school memory is football games. He has no high school regrets, because he enjoyed everything he has done.

This week’s senior spotlight is Ethan Hodges. He lives with his grandmother and his grandfather. His favorite class this year is math because it’s easy for him to learn. If he could go anywhere on earth, Ethan would choose Japan because he wants to learn more about the history of that country. If he was stranded on a deserted island, the three items he would bring are matches, a water filter, and a tent. Ethan’s hero is Johnny Cash because he went from poor to rich and that shows him that he could do anything he puts his mind to.

In ten years, Ethan sees himself working. If he could have dinner with anyone, he would choose Donald Trump because he believes he is the best president. Ethan wishes he could change the hat rule so he could wear any hat he desires on campus. He normally spends his weekends working. Ethan’s hobbies are fishing and working on cars. Nothing worries Ethan at all when it comes to graduating high school. The perfect first date for Ethan consists of an old dirt road and country music. Ethan only regrets getting in so much trouble in the early years of high school. Before he leaves this earth, he wishes to drive a 1966 Mustang, drive to Michigan and hunt elk. After Ethan graduates, he wants to work more or go into the military. His advice to underclassmen is “Stay out of trouble and don’t be annoying.”

This past Veterans’ Day, DAR’s marching band went to the parade to honor our veterans in Birmingham. This parade is the largest Veterans’ Day parade in the nation. The Patriot Marching Band has worked tirelessly to perfect their performance. The band played a piece of music out of their show called the “Patriot Spectacular.”

Trombone player Lucas Pendergrass said that it was a lot of standing, but it was neat seeing all the different performances. The DAR ladies graciously fed the band members Chick-fil-a and Cracker Barrel on their trip. The band is very grateful for the partnership they have with the DAR and is also proud of how far the band has come this year.

Friends of the children

The Spanish Club is collecting toiletries, school supplies, shoes, clothes and little gifts for children in Guatemala. The items will be put in a gallon sized bag and sent off to help the Guatemalan children who are struggling. The Spanish Cub is in charge of this project, but there is going to be a class competition to see who can bring the most gifts for the children who are in need. The gifts can be for either boys or girls and their ages range from 6 to 11.

The Spanish Club members are also accepting money donations to help with the cost of shipping. If you want to hear back from the kids you send gifts to, you can make a card and put it in the bag with the items that you are donating to give them your address or email. All donations must be received by Mrs. Brown by December 6th.

Beta Club - wish list for our Christmas Coalition kids is posted outside Mrs. Clark’s door. We had a change in children, so be sure to check the list. Gifts are due after Thanksgiving break.

The DAR Scholarship meeting dates/times are below. These meetings are very important as Mrs. Green conducts the meeting and there is a lot of information shared. This is an opportunity for all of you. If you complete your application entirely, you should receive a scholarship!

Students: December 5th at 10 a.m. in the library

Parents/Students: December 10th at 7 p.m. in the library

Next Coffee Shop will be Dec. 11 during break. Get an order form from an FCCLA member or Mrs. Clark. Coffee, hot chocolate and brownies will be available. Orders are pre-paid.

Baseball tryouts for JV and Varsity will start December 2-5. If you want to play in 2020 you must attend.

The Spanish Club will be collecting toothbrushes, toothpaste, body care items (travel size), toys, etc. for children in Guatemala. Each item placed in your grades box will be rewarded with Patriot Points. This will end on December 12th.

Need a Christmas gift idea? How about ordering your student a yearbook? Yearbooks can be ordered online through the link on the school website, or you can pick up an order form in the front office. The cost for a yearbook is $75.