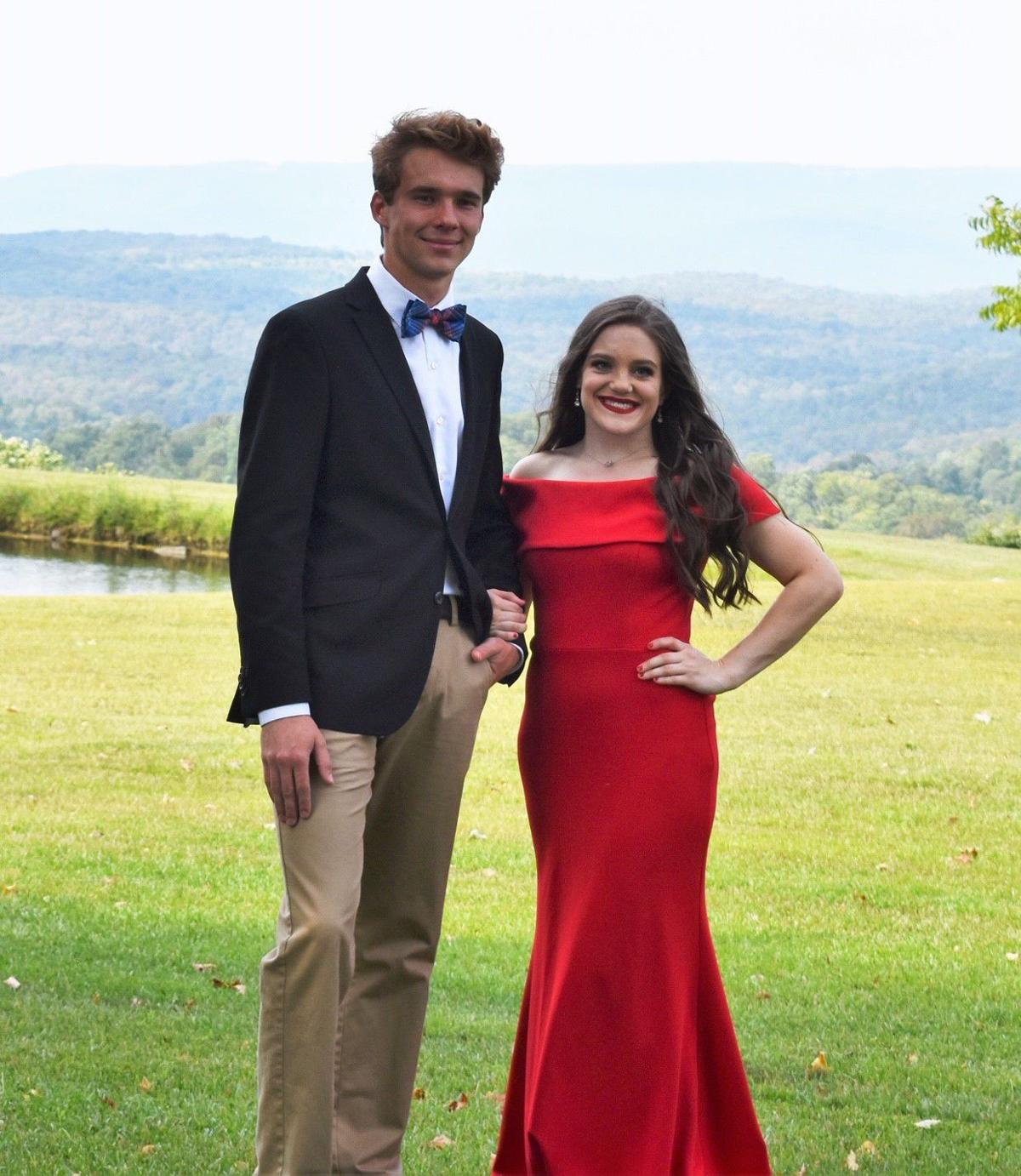 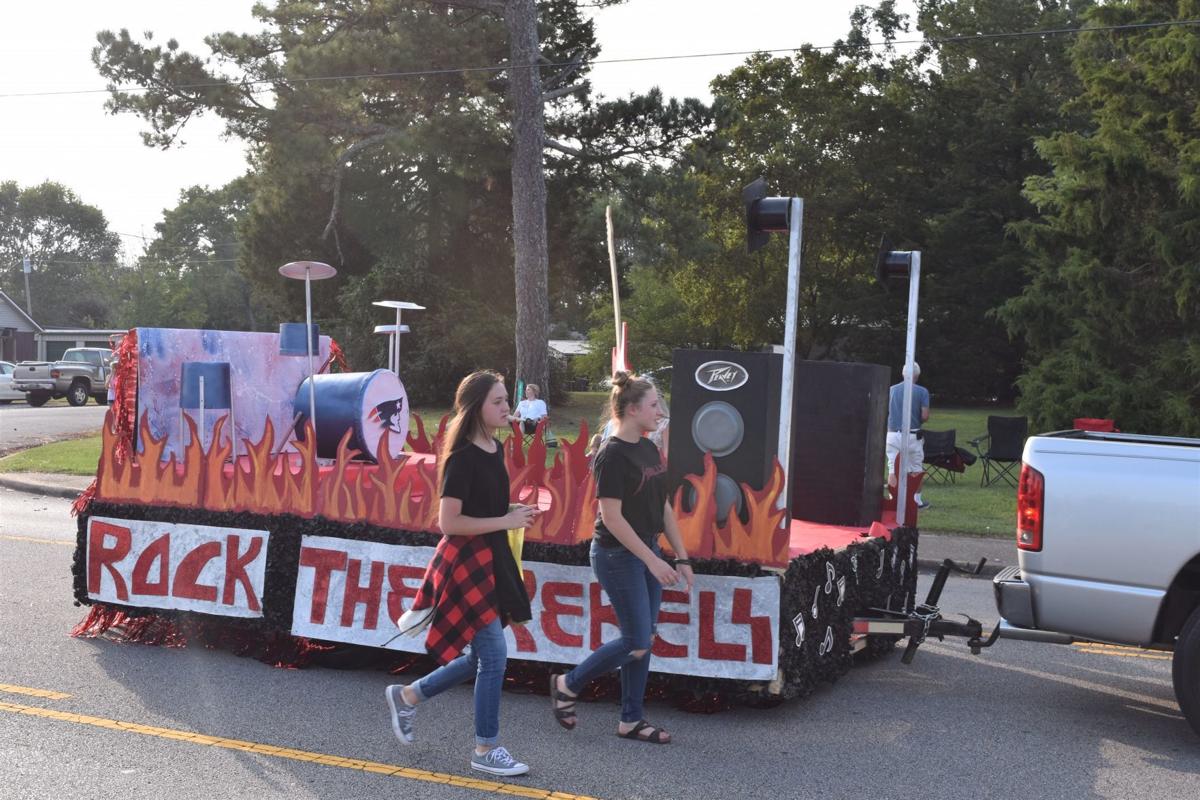 Kenzie Stone and Breanna Black are ready to rock the rebels with their freshmen class float. 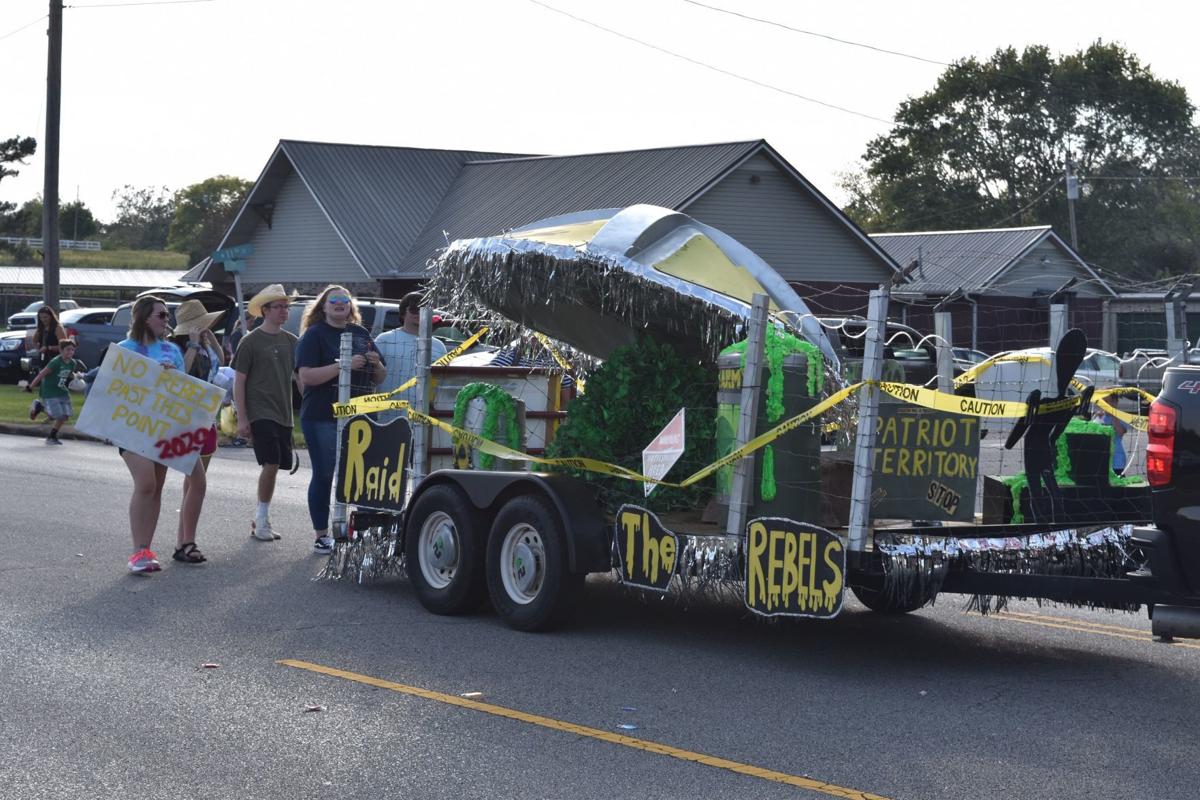 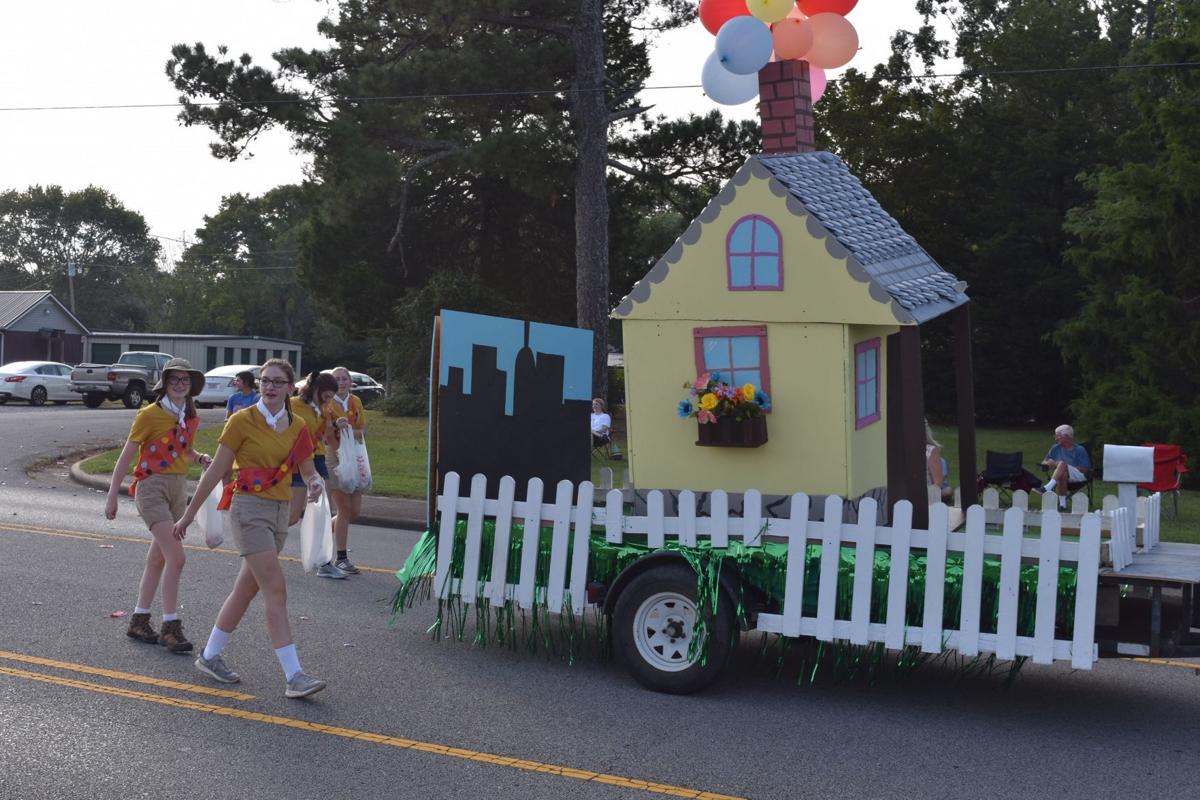 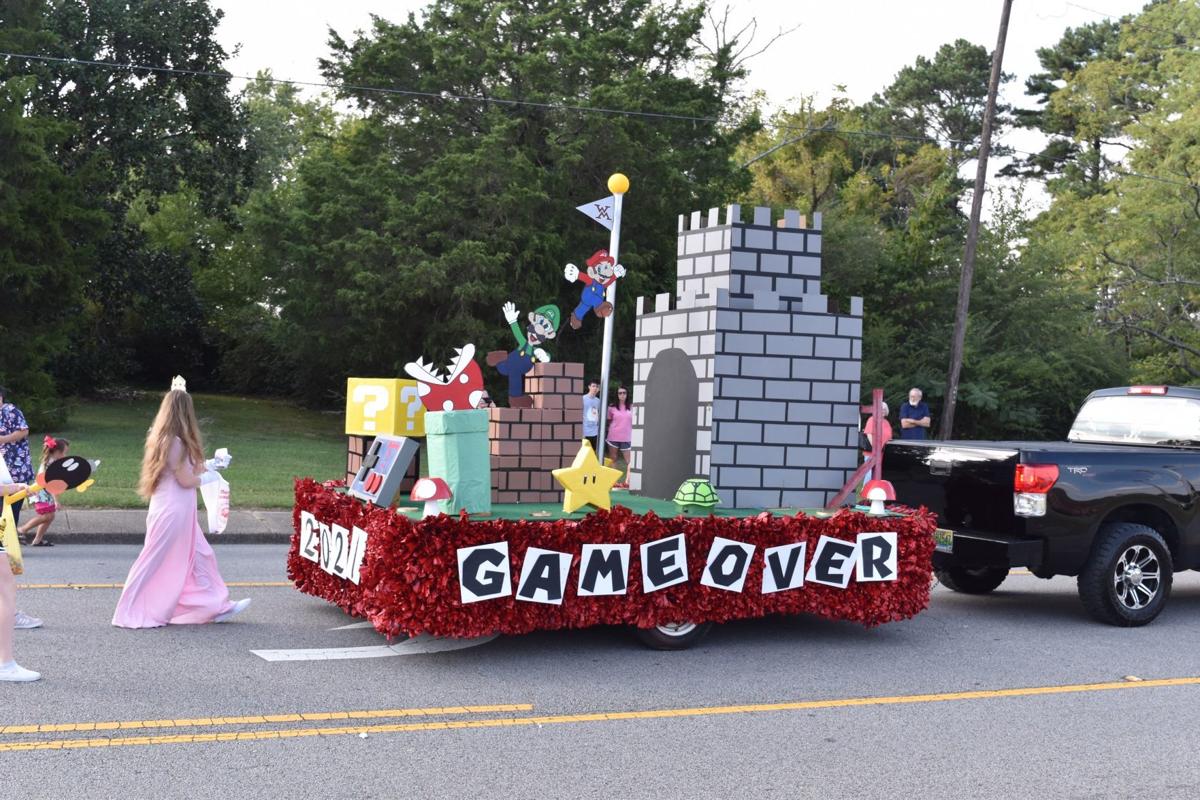 The junior class had a message for the West Morgan Rebels - “Game Over.” 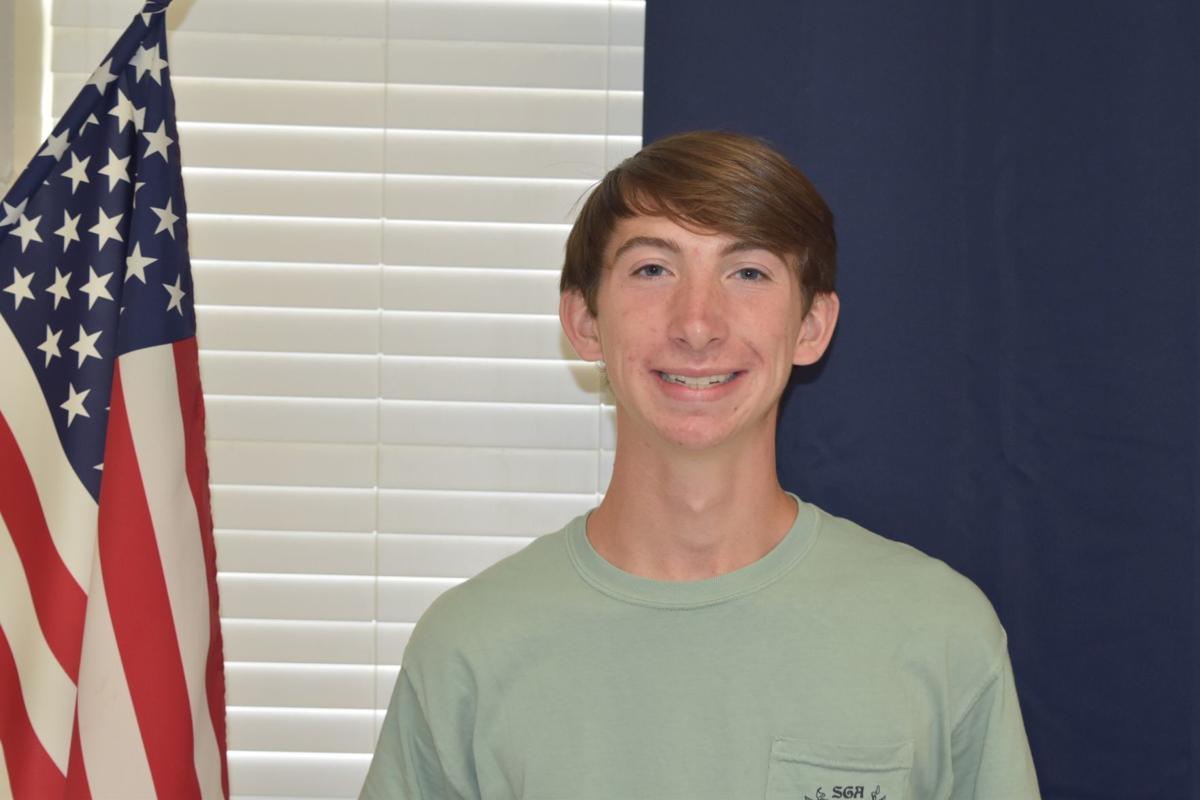 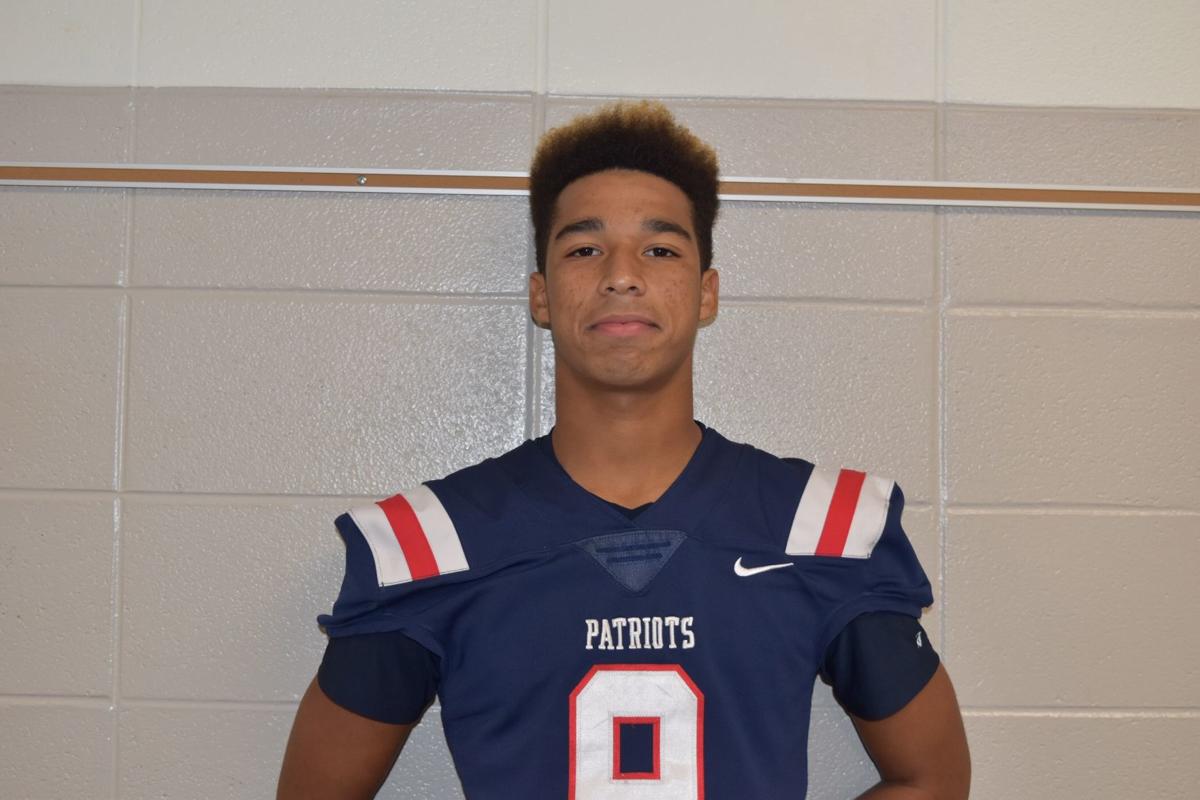 Kenzie Stone and Breanna Black are ready to rock the rebels with their freshmen class float.

The junior class had a message for the West Morgan Rebels - “Game Over.”

On Monday, September 16, FCCLA members opened a coffee shop for students. The coffee shop was to celebrate the first day of homecoming week, which was pajama day.

Students and teachers ordered their coffee and cookies the week before and it was delivered to second period classes in time for a morning coffee break. FCCLA members made regular coffee, frappuccinos, lattes and also baked chocolate chip cookies.

Elizabeth Mitchell said her coffee was very good and that she liked the caramel best. Olivia Pool said it was great and also agreed the caramel was best, but the mocha was still amazing.

FCCLA plans to do several more coffee shop events during the semester to help pay for club members to go to the FCCLA STAR competitions in Montgomery in March.

Homecoming is the most exciting event of the school year and to kick off this special event there are the dress up days that occur every day leading up to the Homecoming game. The dress up days for this year were:

This week’s senior spotlight is a familiar voice around the school. He reads the announcements and birthdays every morning, as well as an inspirational quote to start off the school day.

Drew Aultman is very active in our school, and he is in a variety of clubs which include: SGA, Beta Club, Leo Club, FCA, Spanish Club, and the peer-helpers program. He is on the track team and cross-country team as well. He says his favorite class was marine science. He liked how it was an online class that allowed him to move at his own pace, as well as the fact that he found the class to be very fun and interesting to learn about.

Some of Drew’s hobbies include running, spending time with friends, and traveling. He says a hero in his life was his grandfather. His grandfather was born with polio and struggled with it his whole life. Despite that, however, he started his own business and successfully ran it until he couldn’t anymore. His grandfather’s strength and perseverance is a lesson in never giving up even despite the circumstances.

Drew says the one thing he will really miss about school is walking down the halls that he has spent so much of his time in and as well as seeing all his friends and teachers. Drew plans on going to the University of Alabama and pursuing a career in counseling.

This week’s senior spotlight is TJ Leonard. He lives with both of his parents and his brothers and sisters.

TJ’s favorite subject is lunch because he’s “always hungry.” He would love to take a trip to Hawaii because it’s a “party land.” If TJ had to go on a deserted island, he would bring his mom, a football, and a lot of pizza.

His hero is his dad because he's always been there for him. In ten years, TJ hopes to be making a lot of money. If he could change anything about our school, he would choose the lunchroom food, because he says it’s nasty. He usually spends his weekends with friends and watching football.

TJ really doesn't have a hobby, he just likes being active in general. Nothing in high school worries TJ. He says he's confident in what he wants to do and not worried about anything. He is involved in football, track, SGA, and he is the vice president of our senior class. TJ has no regrets in high school. His plan after graduation is to go to college at UNA and just play sports.

TJ’s advice to underclassmen is live while you can and enjoy the little things.

The Homecoming Parade is one of the most anticipated events of the school year. Unlike many events that are exclusive to the high school, the Homecoming Parade welcomes the entire community to watch the intricate and beautiful floats drift along main street.

Leading the parade is DAR’s color guard, performing a routine with their patriotic flags, and following behind them is the school band.

The floats presented in the parade are made by the student body. Grades 9-12 participate in float building during the weeks leading up to Homecoming. Each float theme is voted on by the students of that grade, and once a theme is decided, they go right to work. It usually takes five weeks for the floats to come together before Homecoming.

Once the floats are finished, students are selected to walk with the float. Some wear their usual attire, while others dress up in costumes that match the float’s theme. Mingled between the floats and the football players are members of the Homecoming Court, each riding on the back of cars, and waving and throwing candy into the crowd. Overall, this spectacular event unites the community on the sidewalks of Grant to spread the Patriot Pride of KDS DAR High School.

1. Fundraising Opportunities - September 28th is the Mile Long Yard Sale. This event is well attended. Any club or organization wishing to fundraise may purchase a spot for $25 or just walk around and sell your wares. Information forms are in the office.

4. "See You at the Pole" organized by FCA & Friends -eets at middle school flag pole at 7:30 a.m. on the first Monday of every month. Please come.

5. October 1 is testing day for seniors and Ssophomores. Freshmen and juniors will have an E-Learning Day and won’t come to school that day. Information was sent home with students.