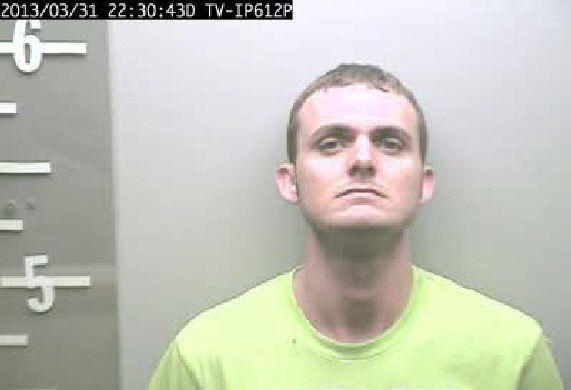 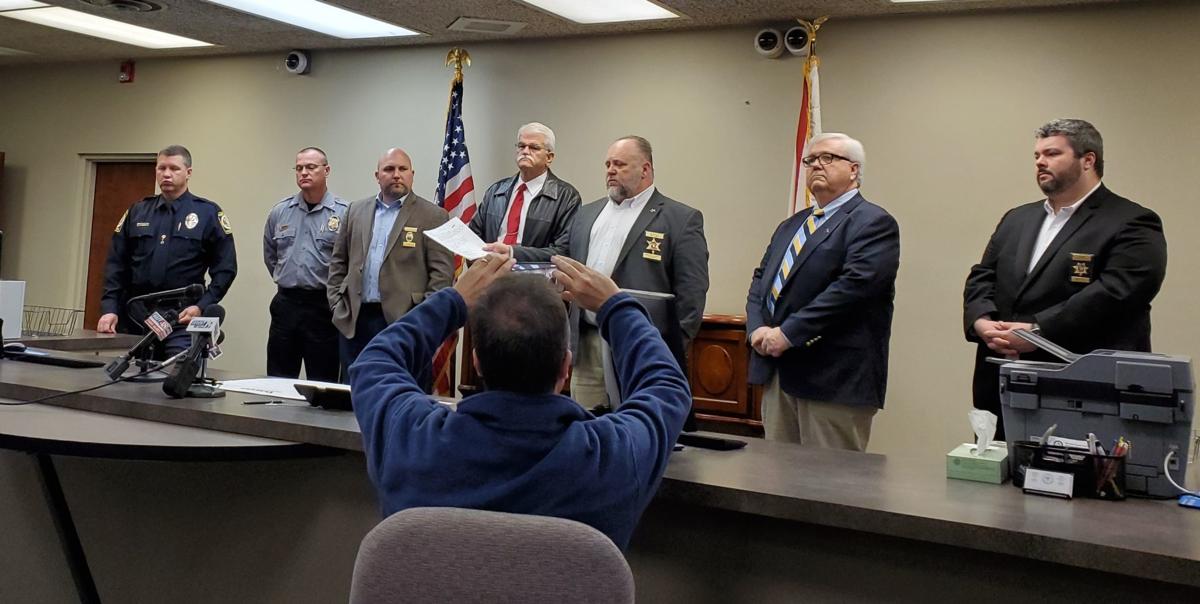 Multiple police agencies were involved in a shooting Monday that killed a man wanted on domestic violence charges.

Those agencies held a press conference Thursday in Albertville to release more details about the incident. Sheriff Phil Sims said they wanted to update the public on the information they had on the shooting.

There were several officers involved in the event.

Boaz Police officers responded to a domestic violence call in their jurisdiction. When they arrived, the individual who was eventually shot had left the scene. His name was Thomas Ray Chamblee, 35, of Boaz.

The domestic violence call was for his wife. She was severely injured in the incident, the officials said. Her condition is unknown at the current time, but at the time of the incident officers were told she had a broken left hand, broken left arm, several lacerations and a skull fractures.

Boaz officers knew the type vecicle Chamblee was driving and issued a BOLO (be on the look out) for the vehicle and for him. Not long after the BOLO was issued, Albertville Police officers said they found the vehicle abandoned in close proximity to Lazy Creek Circle.

Information was called in from neighbors that Chamblee was on the property of a residence on Lazy Creek Circle. All of the departments then responded to that scene.

"They did a very good job of talking to him, taking their time to talk to him and he came out of the residence holding a handgun," Sheriff Sims said. "As soon as he came out, he leveled the handgun at officers and the officers did what they had to to do protect themselves, which resulted in the death of Mr. Chamblee."

He said that is what led up to the incident.

Sheriff Sims said Chamblee was no stranger to the police departments. Chamblee had been arrested several times previously, including a prior domestic violence charge from many years ago.

"Domestic violence is a serious thing," Sims said. "When an incident like this happens, whether it is drug or alcohol related, violence is not the answer."

He wanted to make sure that everyone knew it is hard on the family losing this young man. Someone lost their son, their nephew and that is rough for anyone, but the officers went home safe. The officers did what they had to do to protect themselves and the public, Sheriff Sims said.

Marshall County District Attorney Everett Johnson said the State Bureau of Investigation (SBI) is handling the investigation in this matter. They do not have the final results of the investigation from SBI, but he wanted to emphasize that from all the facts and information provided to them, it is abundantly clear at this time that the officers appeared to have used reasonable, necessary and appropriate force.

"At this point in time, there is certainly no reason to believe that there will be any sort of charges against anyone that will come out of this," Johnson said.

This incident is still under investigation.