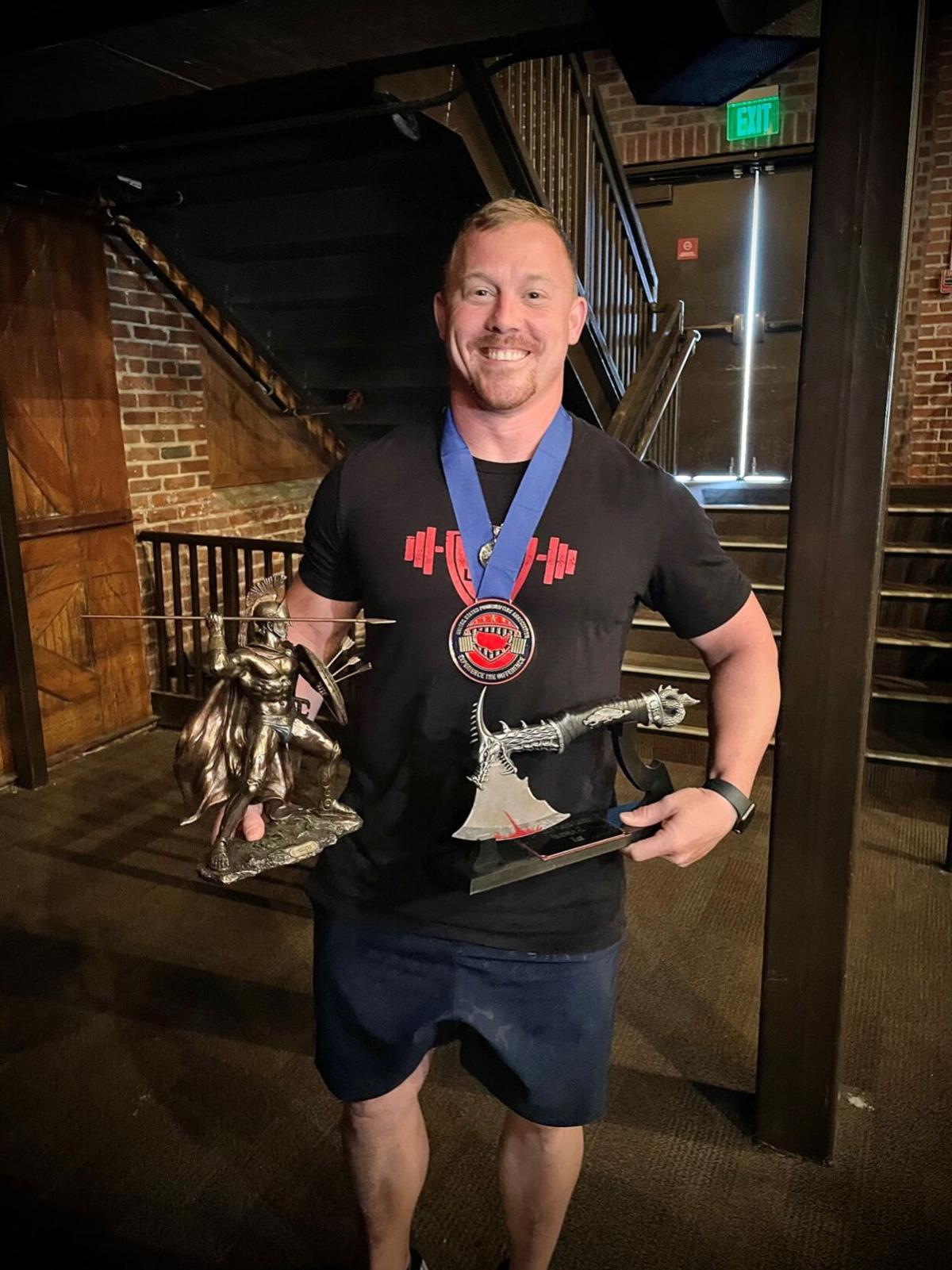 Evan Lemons is a former collegiate runner, coach and teacher at Brindlee Mountain High and now one of the top-ranked power lifters in the 180-pound class in the world. He dead lifts and squats over 600 pounds and benches over 400 pounds. 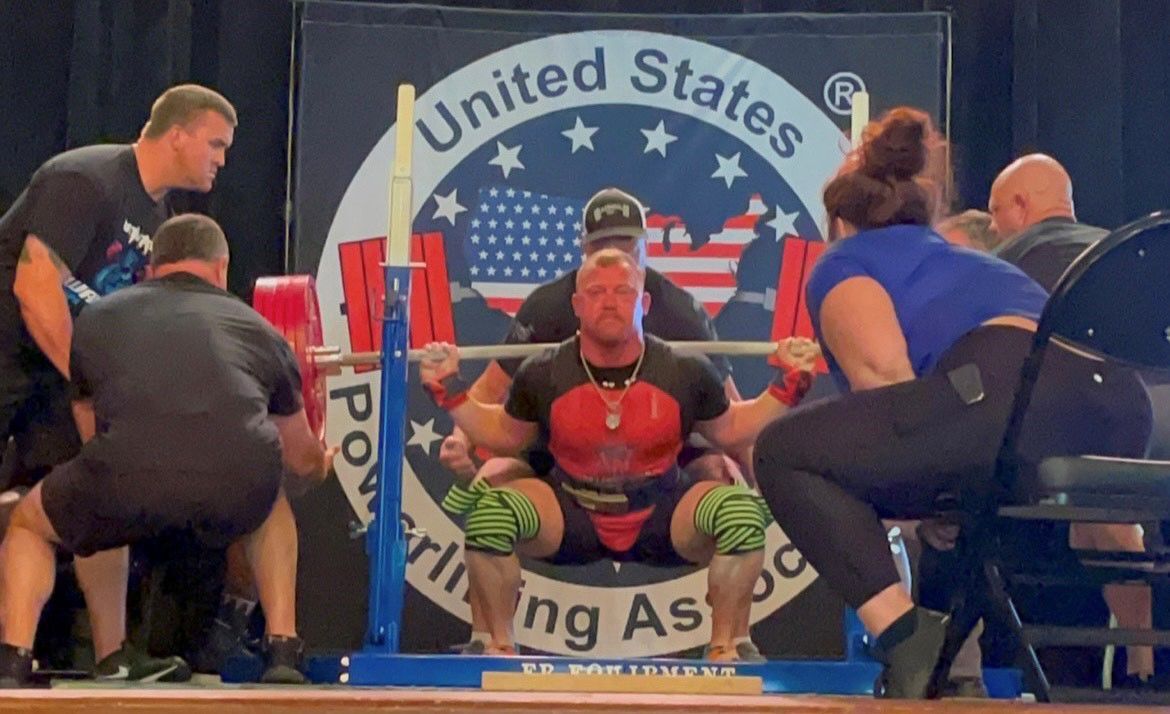 Evan Lemons performs the squat at his recent champion showing in Birmingham.

Evan Lemons is a former collegiate runner, coach and teacher at Brindlee Mountain High and now one of the top-ranked power lifters in the 180-pound class in the world. He dead lifts and squats over 600 pounds and benches over 400 pounds.

Evan Lemons performs the squat at his recent champion showing in Birmingham.

After his collegiate career as a cross country runner ended, Brindlee Mountain teacher and coach Evan Lemons was looking for a new sport to compete in.

He found power lifting and he is definitely making his mark in the sport.

At the recent Ultimate Warrior meet in Birmingham, Coach Lemons weighed in at 180.1 pounds. He then proceeded to put up these numbers:

It was good enough for 1st place in the men’s 82.5 kg. Classic Raw Division and he was named Overall Male Ultimate Warrior Champion Best Lifter.

Coach Lemons, a Brindlee alum, ran cross country and track collegiately at the University of West Alabama. When he finished school at the age of 22, he started lifting with his brother-in-law Justin Bone. Coach Lemons’ early numbers were much, much less than what he does now.

He found that lifting is similar to running a far as the training regimen goes.

He and Justin trained on their own for years. But Coach Lemon hit a stretch where he was dealing with more injuries than he wanted.

“I was going too heavy and trying to lift too much before a meet,” Coach Lemons said. “I threw in the towel and said I was getting a coach.”

His coach, Ronald Tarvin, took him from a max of 1315 on the three lifts to 1681 in less than 3 years. Coach Lemon has now set 3 state records in the squat, breaking his own record each time.

For a long time, the deadlift was his favorite lift. But he’s had so much success lately with the squat that it has become his favorite.

He has eclipsed those numbers now and he hopes to build upon them even more.

“My coach doesn’t want me doing a lot of local meets now,” Coach Lemons said. “He wants me to throw my hat into some bigger meets.”

He hopes to get into the Kern, the U.S. Open of powerlifting, held annually in California. It would be next spring and he would tune up by doing a nearby meet in December or January.

His coach would like him to go to a meet in Australia. But that would be very difficult, Coach Lemons acknowledged.

“I literally coach all year long,” he said. “I have supportive parents and students and they know this is something I do on the side. But it would be hard to be gone a week.”

He coaches boys and girls cross country, girls and boys varsity track, JV basketball and is the varsity strength and conditioning coach for every sport on the Brindlee Mountain campus.

“The county school system really does not have a specific position of strength and conditioning coach,” Coach Lemons said. “We had to do some maneuvering to make the time work out. But we have been doing it a year and a half. We have several kids on the boys basketball team who can dunk now. We had an athlete win a girls state championship in track. We have more kids out for football than we’ve had in awhile. It’s paying off.”

There is a mental aspect to lifting weights. A lot of power lifters get worked up and channel the rage. Coach Lemons is the opposite. He stays as calm as possible until it’s go time.

“I guess it’s like a hurricane,” he said. “The backside of the storm gets rough pretty quick.”

The showing at the recent meet put him in the Top 10 in the world in his weight class when it comes to lifting. He said it’s a waiting game to see just where he falls in those rankings, who’s ahead of him and if he gets the invite to the Kern.