You are the owner of this article.
Edit Article Add New Article
You have permission to edit this article.
Edit
News
e-Edition
Sports
Columnists
Community
Obituaries
Notices
Classifieds
Real Estate
Cars
Jobs
Games
Advertise With Us
Subscribe
1 of 2 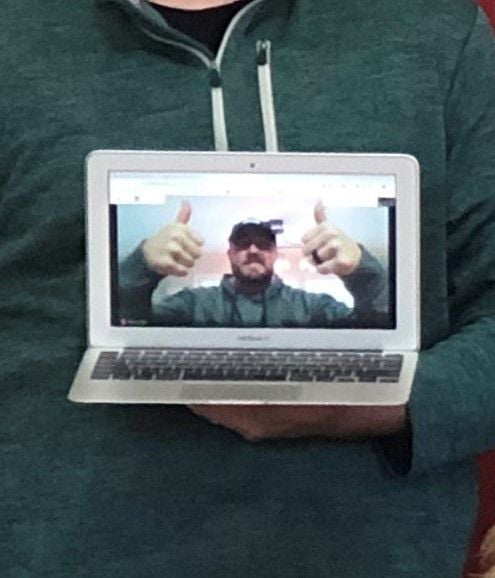 Guntersville boys' golf coach Dustin Landers couldn't make it to the signing due to being in quarantine for coronavirus exposure. Guntersville athletic director Darren James carried Landers around while he watched on a Soom call. 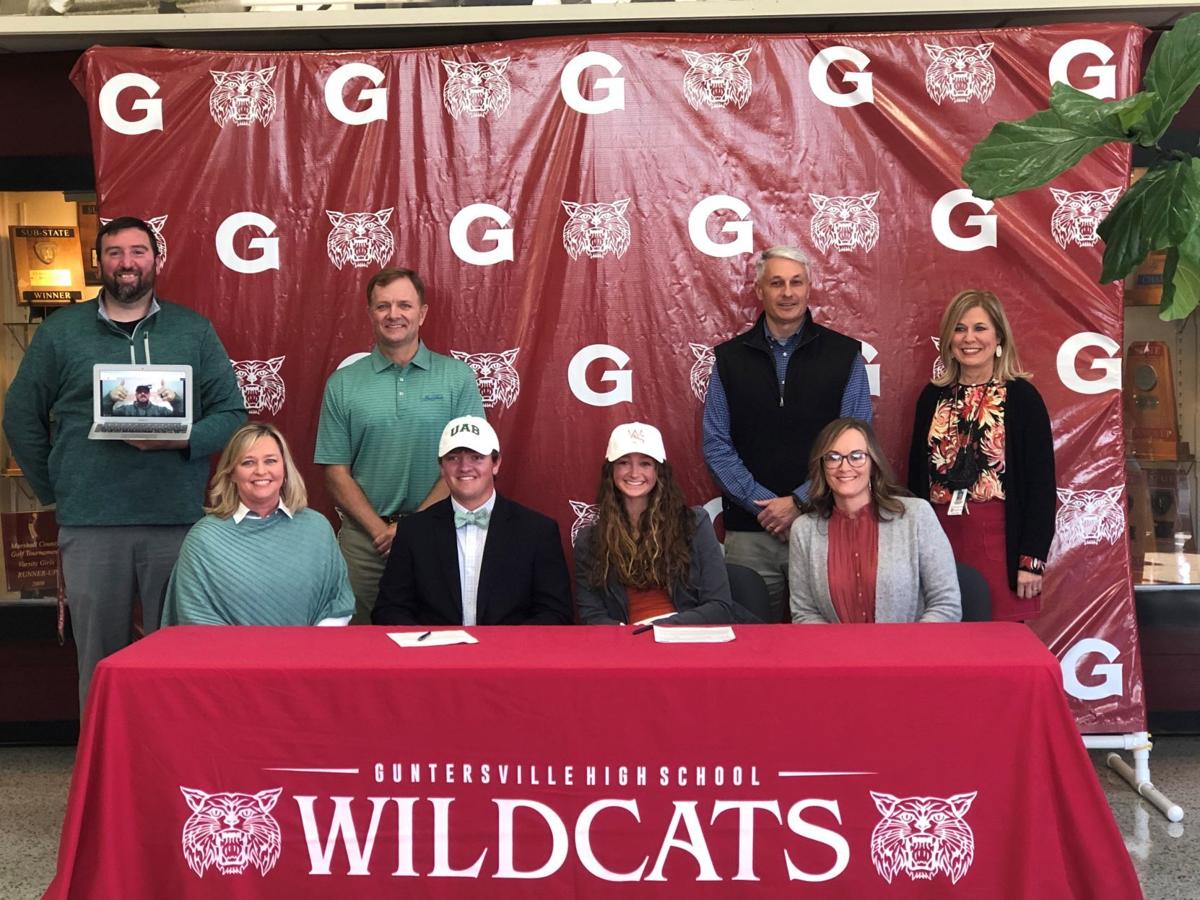 GHS golfers Paul Bruce and Hope Harrell signed scholarships to play collegiate golf next fall. Paul is headed to UAB and Hope to Wallace State. Pictured are, from left:

Guntersville boys' golf coach Dustin Landers couldn't make it to the signing due to being in quarantine for coronavirus exposure. Guntersville athletic director Darren James carried Landers around while he watched on a Soom call.

GHS golfers Paul Bruce and Hope Harrell signed scholarships to play collegiate golf next fall. Paul is headed to UAB and Hope to Wallace State. Pictured are, from left:

It was a day of celebration at Guntersville High School Tuesday afternoon as Paul Bruce and Hope Harrell both signed college scholarships to play golf.

Both Paul and Hope have been standouts on the Guntersville High School boys’ and girls’ golf teams for many years. Several coaches, former and current, were on hand at the signing along with family members inside the GHS foyer.

Boys head coach Dustin Landers couldn’t make it to the signing because he’s quarantined following a COVID-19 exposure. He did, however, appear on a Zoom call and spoke about Bruce.

“I’m very proud of Paul and can’t wait to see what he does at the next level,” he said. “He’s very talented and a hard worker. UAB is definitely getting a great addition to its team.”

Guntersville Elementary Principal John Doyle also spoke during the ceremony. He was the boys golf coach several years back.

“Both Paul and Hope have accomplished just about all you can at the high school level,” he said. “They’re both always working on their craft and I couldn’t be happier for both of them. They’ve got one more high school season ahead this spring and I know they’ll represent Guntersville the right way like they always have.”

Paul said he felt like the opportunity to join the team at UAB was too good to pass up. UAB’s new business school was also a draw for him.

“I really liked getting to meet Mike Wilson who is the head coach,” he said. “I’m very excited about joining the team at UAB and attending the business school. I love the city of Birmingham, too. It was just a really good fit for me.”

Paul is looking forward to one more season at GHS before heading off to college.

“There’s still several things I need to work on and improve on before going to UAB,” he said. “I want to develop my short game for sure. Scoring inside 100-yards is key to being a good golfer. I definitely want to win a team state championship and an individual state championship.”

Living on a golf course spurred Paul’s love of golf along as he grew up. He said a lot of time was spent on hole six at Gunter’s Landing.

“My brother and I used to play hole six over and over again when we were younger,” he said. “I started playing a lot in the 5th and 6th grade but really got serious with it in the 7th grade.”

Hope recalled an injury in a prior sport that sort of pushed her toward playing golf.

“I didn’t really start playing until the 8th grade,” she said. “I started taking it very seriously my junior year. I broke my ankle my sophomore year and it kept me from swimming. That’s kind of when I decided to just focus on golf.”

Hope said Wallace women’s golf coach JJ Adams was a big reason she chose to play with the Lions.

“I’m really excited to play for and learn from coach Adams,” she said. “I also really like the campus at Wallace. It honestly surprised me the first time I visited. When you think of a community college you don’t really think of a spread out, beautiful campus but Wallace definitely is.”

Working on the long ball is something Hope plans on focusing on during the upcoming GHS golf season.

“Obviously, I want to lower my score as much as possible,” she said. “I’m in the low 80s, high 70s right now. I really want to develop my long game, too. I need to get better with my driver and long irons. I’ll be playing a lot with the guys this year, which always helps.”

The GHS golf season will start the first week of March. Practice for the 2021 season will begin in January.