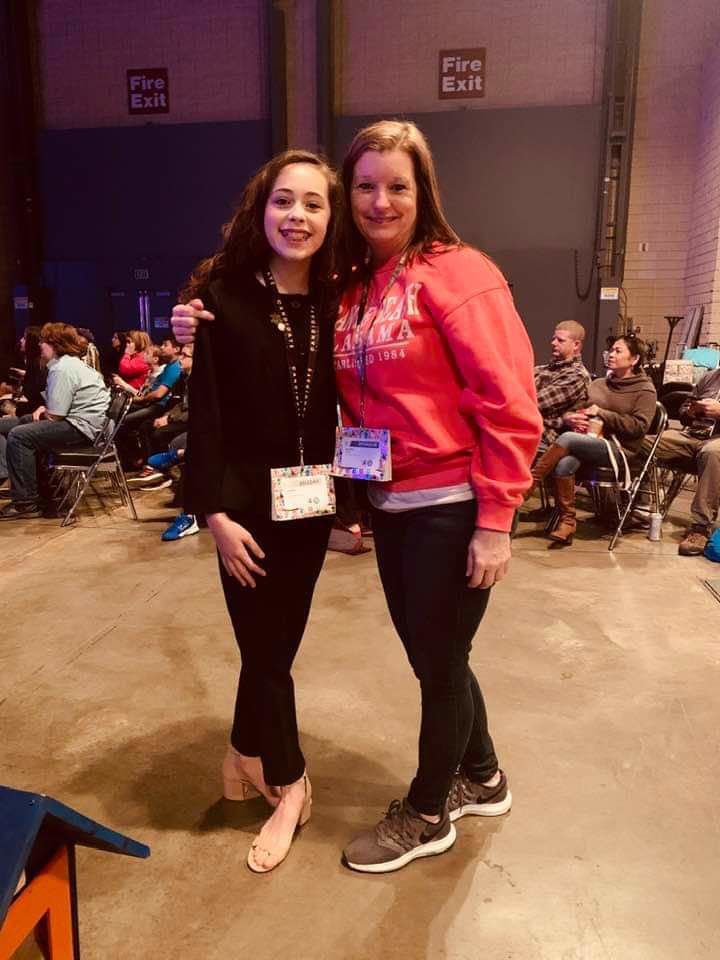 Caroline Smith is the new state vice-president for Beta. Mrs. Teall is the GMS Beta sponsor. 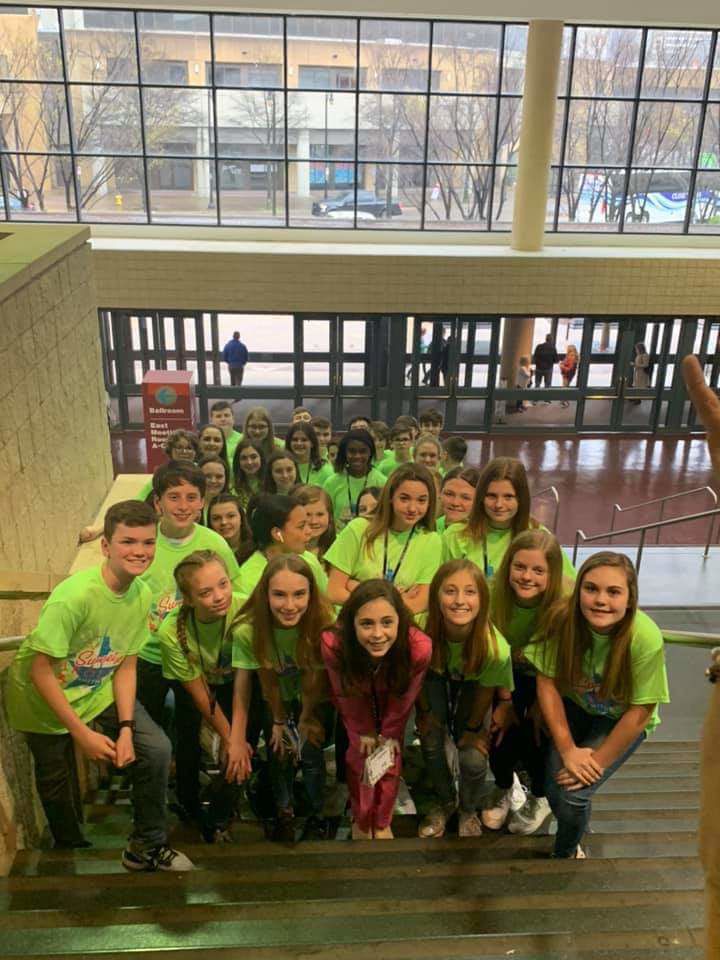 The GMS Beta club won 2nd place in the state and will compete in nationals this summer in Texas. 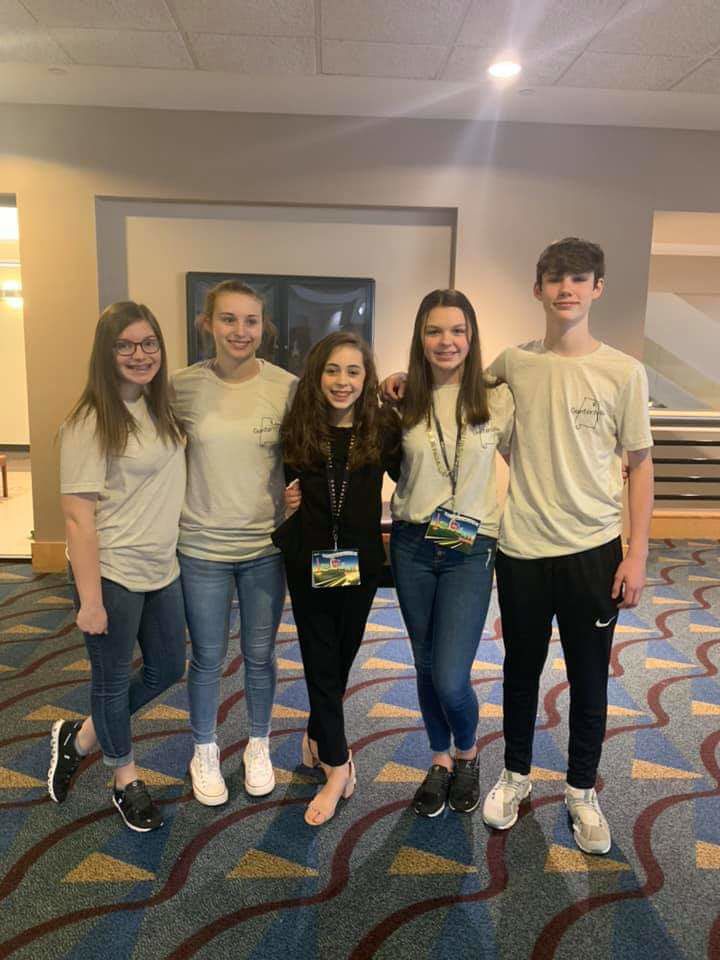 Ali Jewel Thornton, Kendall Teall, Caroline Smith, Addie Grace Smith, and Date Peterson were some of the representatives to the 2020 BetaCon.

Caroline Smith is the new state vice-president for Beta. Mrs. Teall is the GMS Beta sponsor.

The GMS Beta club won 2nd place in the state and will compete in nationals this summer in Texas.

Ali Jewel Thornton, Kendall Teall, Caroline Smith, Addie Grace Smith, and Date Peterson were some of the representatives to the 2020 BetaCon.

Recently, members of the GMS Beta Club attended the annual state convention where they brought home several top prizes. Their 2nd place win at the convention has earned them the chance to compete at the national level this summer in Fort Worth, Texas.

Students left school on a Wednesday for the competition in Birmingham where they spent two nights. After some light shopping, students hit the competition with their first performance. Skits were held on Thursday along with the highly competitive quiz bowl. Caroline Smith, 7th grader at GMS, campaigned for and won the honor to serve as the BETA club vice-president for the entire state of Alabama for the next year.

One of the competitions was called “Living Literature.” We dressed up as our favorite well-known characters from “The Wizard of Oz.” Layla Bright was in charge of planning this event. She said, “This year was especially fun for me because it is my last year as a Junior Beta. I want to Thank Ms. Teall for trusting me with this responsibility.”

Kendall Teall said, “The skit was fun and I enjoyed winning!” I learned how to campaign and made new friends.”

Kate Jackson said, “Beta 2020 was so much fun! I met a lot of awesome people there. I had so much fun practicing for the skit. And we won! It was a great experience over all. I can’t wait till next year!”

This is the second level of the National Geographic GeoBee competition, which is now in its 32nd year. To determine each school champion, GeoBee competitions were held in schools throughout the state with students in the fourth through eighth grades. This year, an estimated 2.4 million students competed in the GeoBee, with 8,661 students becoming school champions. School champions also took an online qualifying test, which they submitted to the National Geographic Society. Up to 100 of the top-scoring students in each of the 50 states, the District of Columbia, Department of Defense Dependents Schools and U.S. territories were invited to compete in the State GeoBees.

State champions will receive a medal, $1,000 in cash, and other prizes, as well as a trip to Washington, D.C., to represent their state in the National Championship where they will compete for additional cash, awards and college scholarships.The second- and third-place State GeoBee winners will receive cash awards of $300 and $100, respectively.

For the first-time, the state GeoBee will be an online event. This is due in part to the recent Covid-19 outbreak in many states. All states compete on the same day so the online format is a safe and viable way for all students to be able to compete fairly as some cities and systems are cancelling in person events. Alex will take his test with a proctor at GMS on the day of the state bee. If he wins, he will advance to the national level.

8th graders recently had an opportunity to learn a little bit more about the world. We attended the WOW (World of Work) event to help us figure out what we want to be one day.

The event was held at Albertville High School. They set up different stations for students to visit and interact with different professions. There were medical fields, engineering, culinary, and other stations represented.

Carson Brown said, “It was a fun way for us to see some of the careers that are available right here in this area.”

Jarrod Bodine said, “I was really learning a lot. I wish we had more time and could do this more often.

Maybe there will be more events like this in the future. It can have a real impact on our lives!