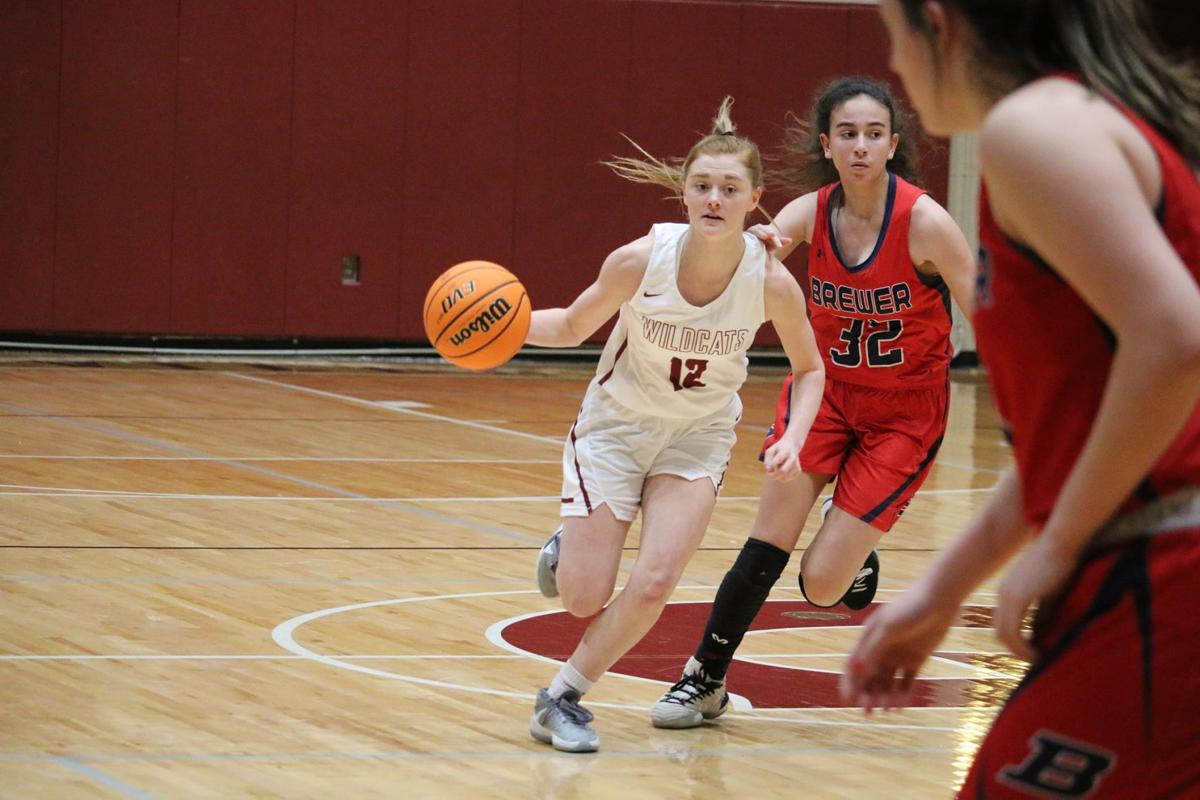 Brittany Slaten brings the ball up the floor for Guntersville Friday night. She had 13 points against Brewer. 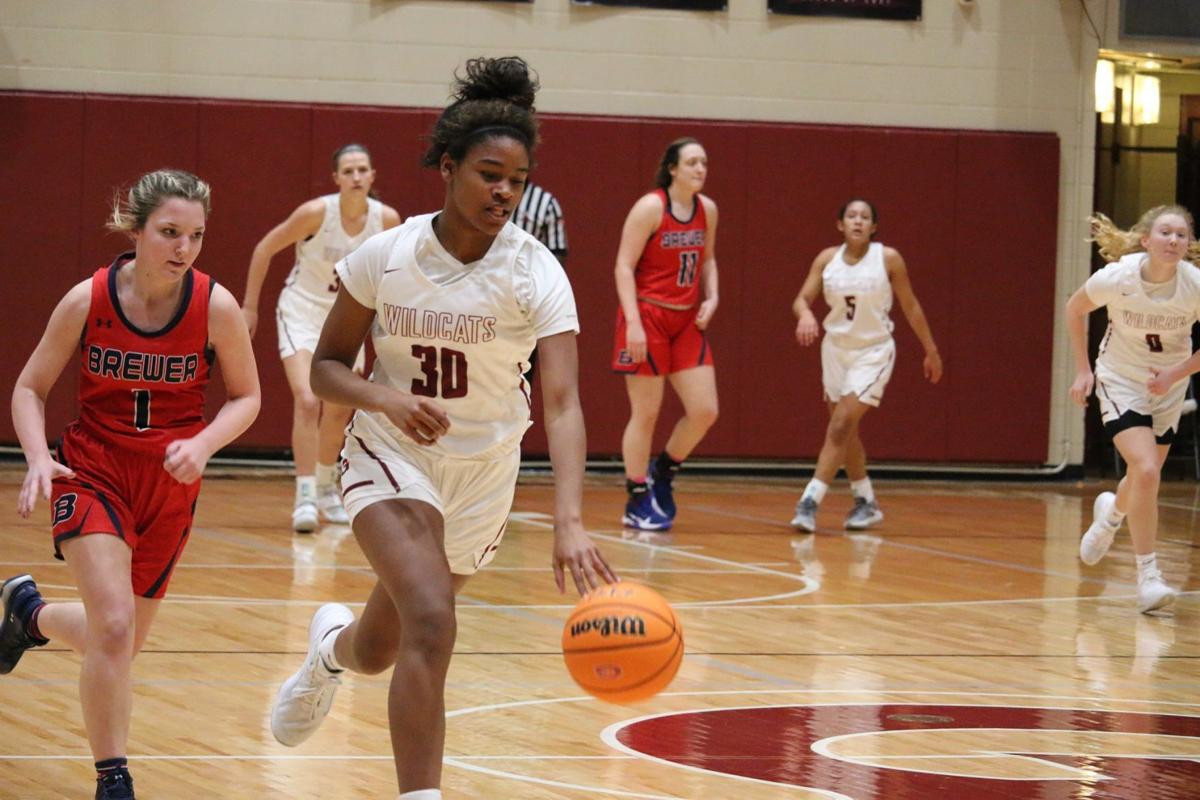 Tazi Harris takes a steal to the other end of the floor against Brewer. 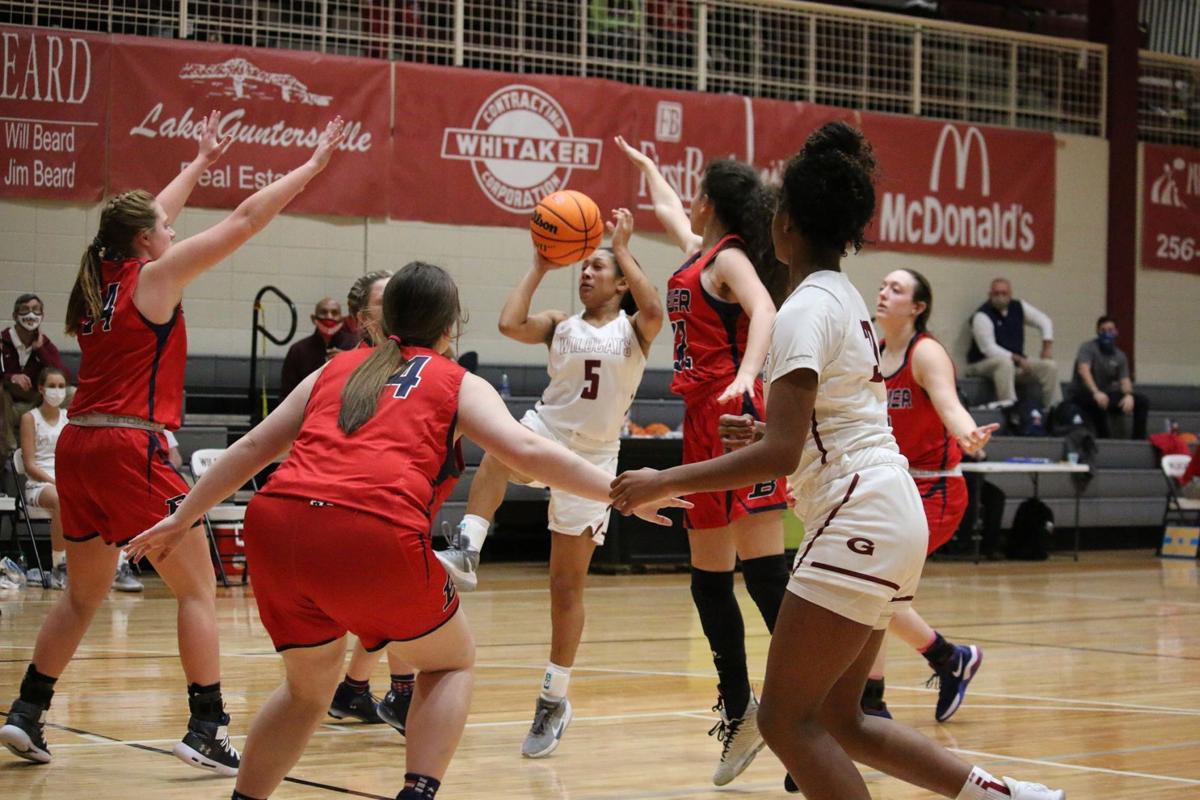 Brittany Slaten brings the ball up the floor for Guntersville Friday night. She had 13 points against Brewer.

Tazi Harris takes a steal to the other end of the floor against Brewer.

The Guntersville Lady Wildcats picked up right where they left off after the break due to COVID protocols.

Against Grissom, Tazi Harris led the way in scoring with 11 points and she pulled down eight rebounds. Jayden Watkins added nine points and Olivia Vandergriff had eight points. Ivey Marsh contributed five points and she had four assists and five rebounds.

The Brewer game on Friday night was a makeup game from earlier in December. The Patriots had to postpone the last matchup due to COVID protocols. The Lady Wildcats jumped out to a big lead in the first quarter and never let up. At the half, the led Brewer 30-6.

The Lady Wildcats took on DAR last night (Tuesday) at home in a makeup game. They will travel to Fairview Friday night.