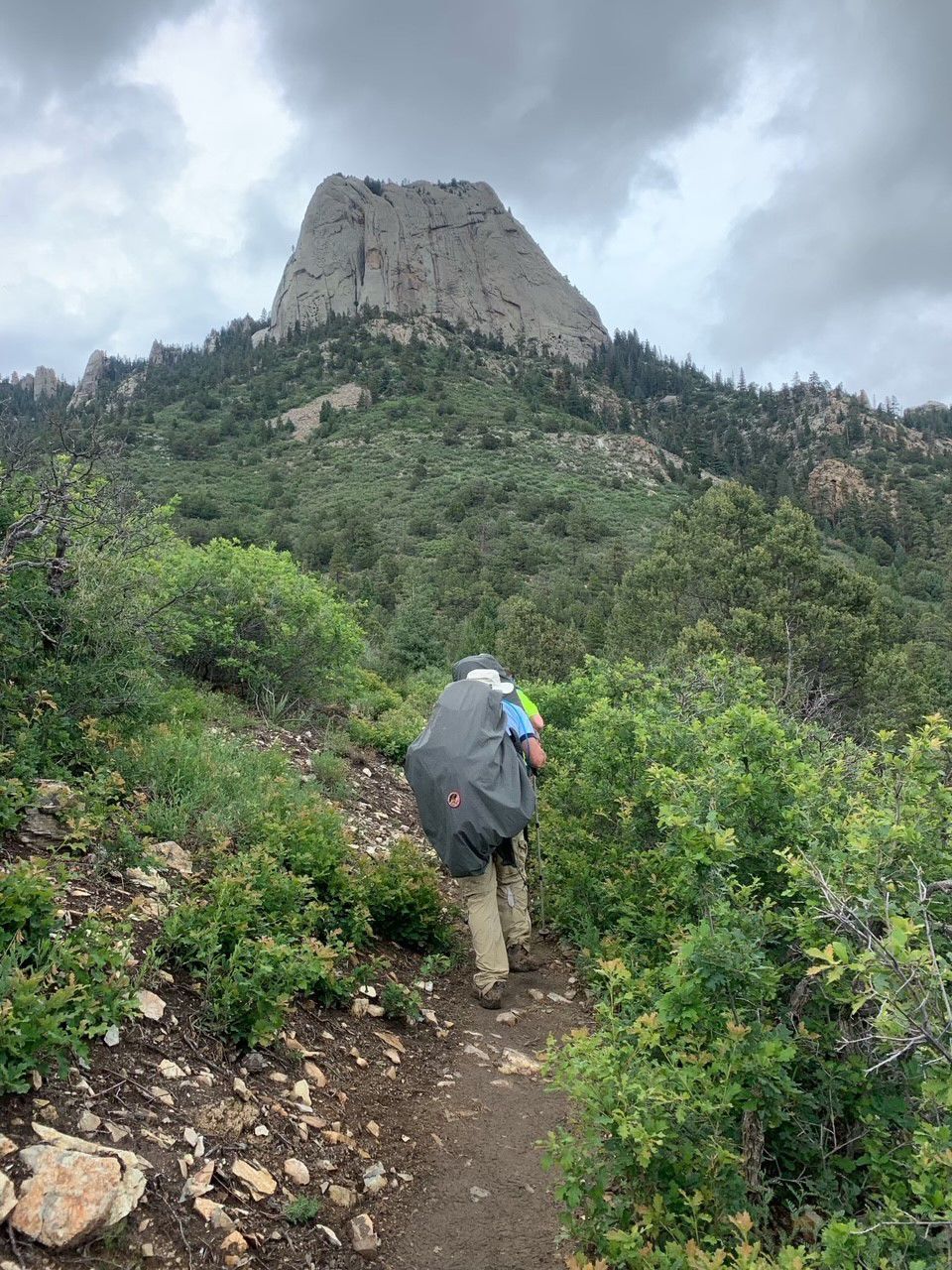 Dr. Stephen Henderson hikes towards the Tooth of Time Mountain. 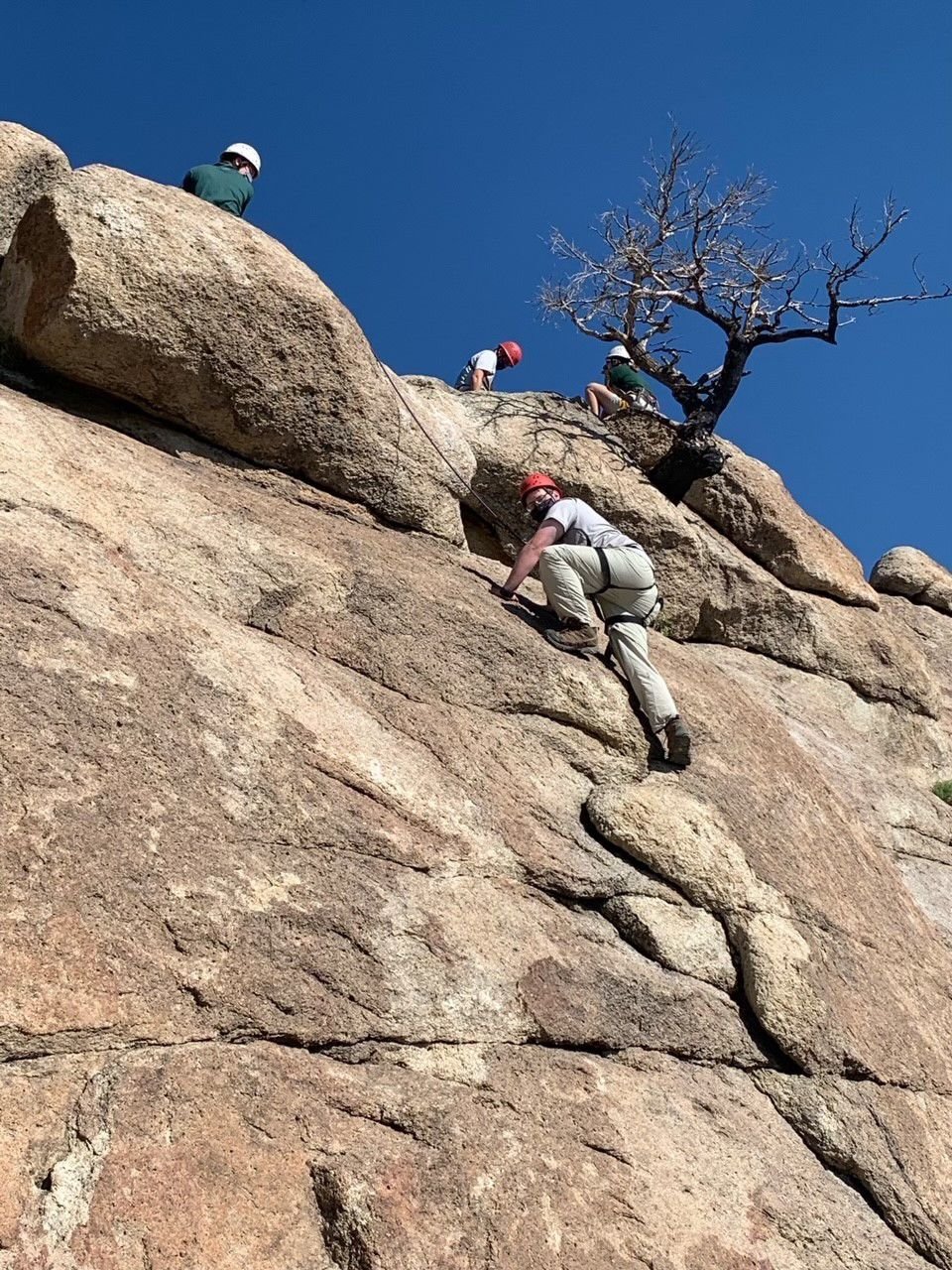 Landon Hamilton is shown one of the rock climbing segments of the trail. 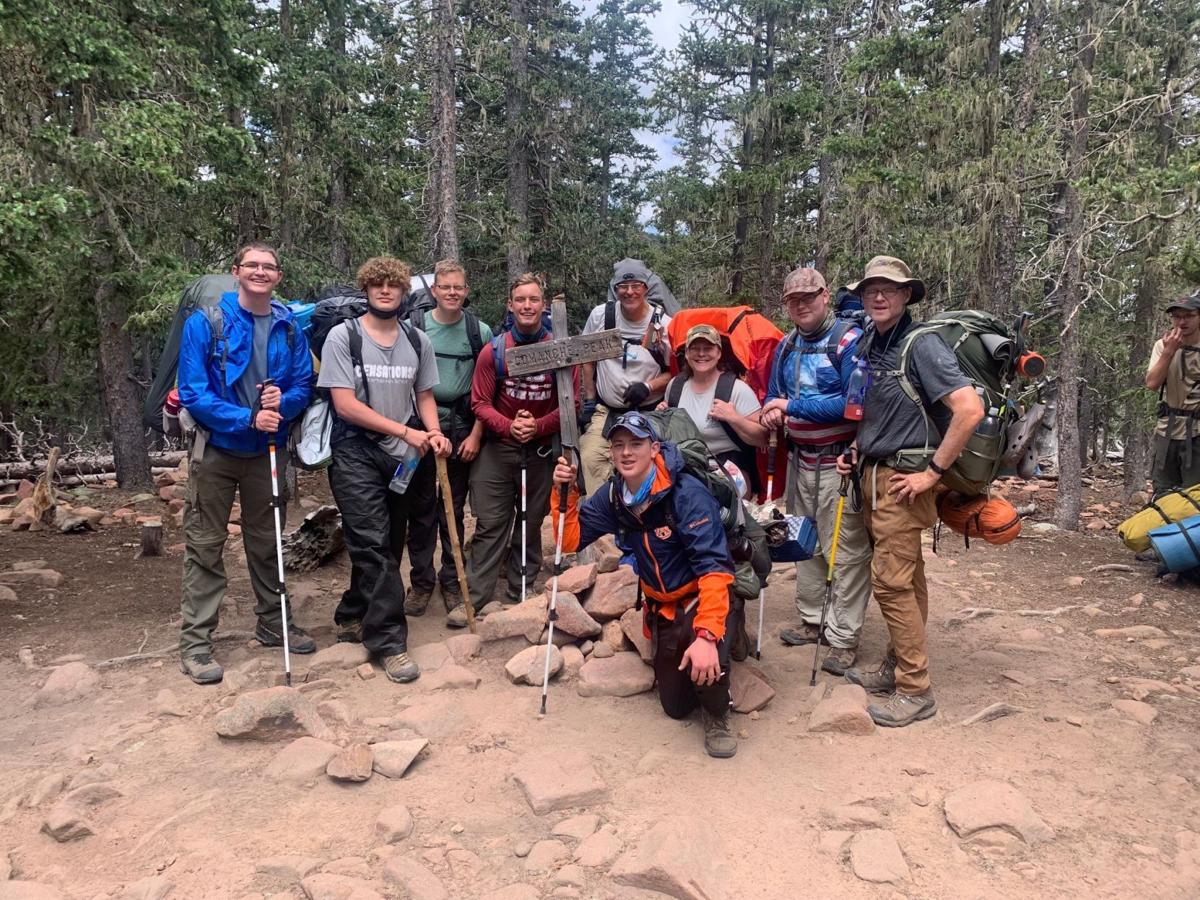 It rained on the group a lot during their time at the ranch and that's why some of them have on rain jackets. From left are Thomas Miler, Colton Thrasher, Ethan Blankenship, Alexander East, Dr Stephen Henderson, (front) Grayson Hamilton, Renie Bright, Landon Hamilton, Kevin Blankenship. 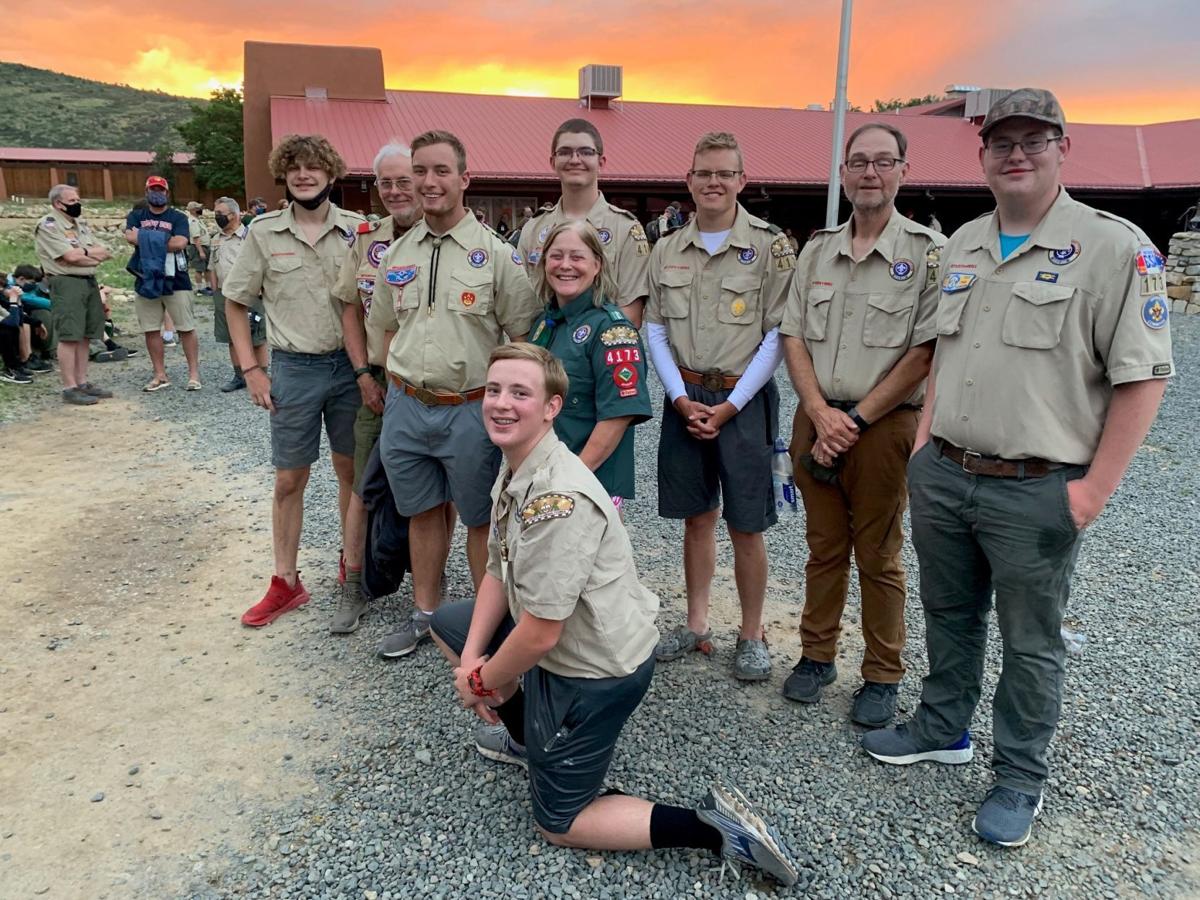 Dr. Stephen Henderson hikes towards the Tooth of Time Mountain.

Landon Hamilton is shown one of the rock climbing segments of the trail.

It rained on the group a lot during their time at the ranch and that's why some of them have on rain jackets. From left are Thomas Miler, Colton Thrasher, Ethan Blankenship, Alexander East, Dr Stephen Henderson, (front) Grayson Hamilton, Renie Bright, Landon Hamilton, Kevin Blankenship.

Landon Hamilton of Grant is a proud Boy Scout of America, Troop 4173 of Guntersville. Landon is also the senior patrol leader of his group working on his Eagle Scout rank.

As a senior patrol leader, Landon has leadership responsibilities such as running all troop meetings, events, activities, council meetings, appointing other troop junior leaders with the advice and counsel of the Scoutmaster, assisting the Scoutmaster with junior leader training, setting a good example, wearing the Scout uniform correctly, living by the Scout Oath and Law, and showing Scout spirit.

Philmont has a very unique history. Ancient Native Americans chipped petroglyphs into canyon walls. Petroglyphs are rock carvings, or rock paintings made by pecking directly on the rock surface using a stone chisel and a hammerstone. Spanish conquistadors explored the Southwest long before the first colonists arrived on the Atlantic coast. Later one of the rugged mountain men, Kit Carson blazed trails across this land.

The great land baron Lucien Maxwell built ranches along the Santa Fe Trail. There were also miners, loggers and cowboys. All of these rugged mountain men left their mark on Philmont.

On their arrival and departure days they had meals prepared in the dining hall. While on the trails, they would pass through designated camps and pick up trail meals every few days. These are lightweight meals developed to meet dietary needs. Each trail dinner is a cooked meal so they were able to have three hot meals a day; most were prepackaged meals.

Some dinners they had were hot, they had to use a very small, pocket size, portable cooking stove. Some meals required water to be added, along with energy power bars, oatmeal, hot cocoa and the adults had coffee.

During the backpacking, each day they would arrive at a location that had a specific theme; horse riding, rock climbing, animal encounters, and black powder rifle shooting. These backpacking treks, horseback cavalcades, and training gave these scouts ways to experience this legendary country.

Each night they would set up camp. In some locations they would make a fire, but the weather was horrible and rain kept them from making a fire at many of the locations.

After eating each meal, they had a special process they had to follow to clean their cooking dishes and to dispose of the dirty dish water. The water couldn’t just be thrown out. They had to use a special sump pipe buried in the ground, covered with a mesh to filter out large particles to empty the water through. They also had to pick up and pack out all unused food and plastic bags. They also had to properly use bear bag poles, which were strung up between two trees to keep bears out of their supplies. They were warned of the dangers of the bears and heeded the warnings.

One of their favorite experience was the black powder rifle shooting. Landon said each scout loaded his own rifle under some guidance of the staff. The shooting competition consisted of each scout shooting three shots at a metal target. Only three of them hit the metal targets with their three shots.

Another great activity was rock climbing. Landon said they all wore special harnesses, helmets, and shoes to climb up the cliffs and then rapel back down the cliff. There was a spotter at the top of the mountain to help pull the climbers up and guide them, and to help them to go down the rock cliff.

During the 12 day trip, they saw beautiful mountain ranges and various animals such as mule deer, birds of prey, lizards, and one bear, but no snakes. They were on high mountain terrain, with rocks, grass, and some cactus.

Landon said if you are looking for adventures, scouting is a great way to experience these types of journeys; it’s for both boys and girls. It makes you a well-rounded person, it teaches you discipline, builds character, and stresses teamwork. These types of explorations are fast-paced and unforgettable fun in the great outdoors.