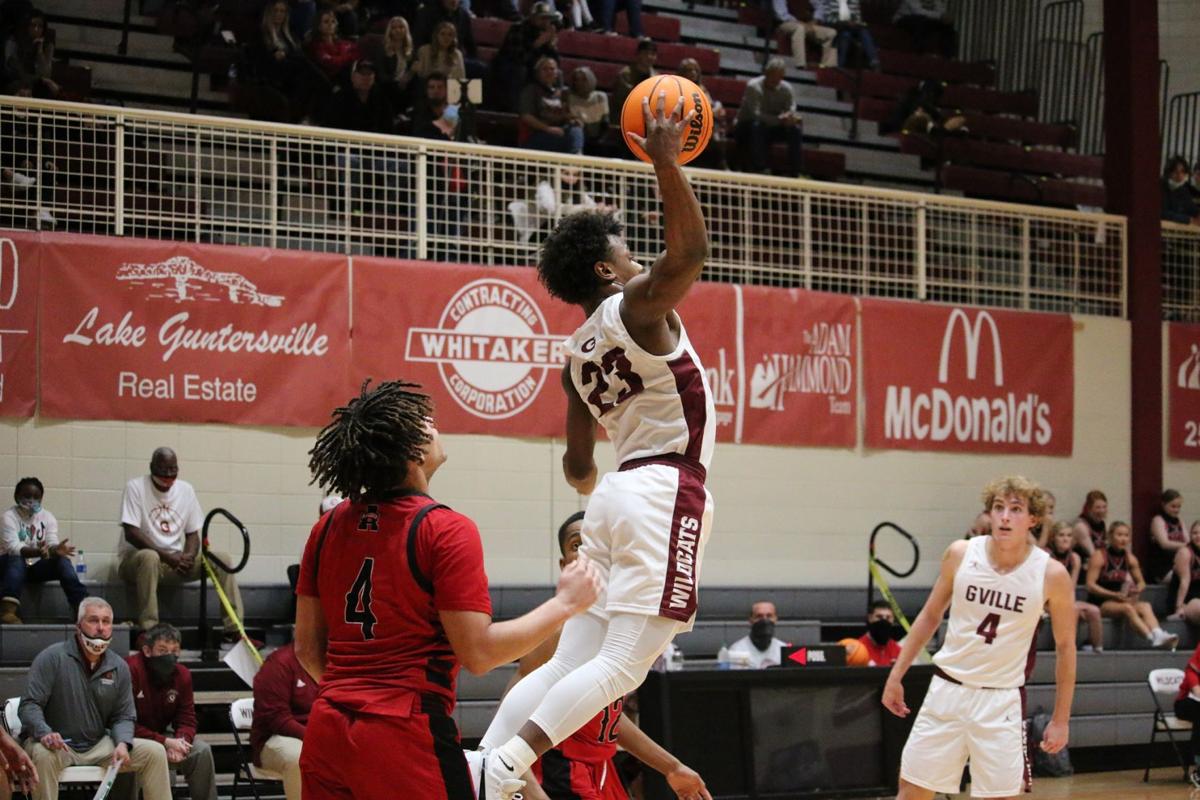 Jerrell Williamson skies to catch a pass during the Albertville game Friday night. 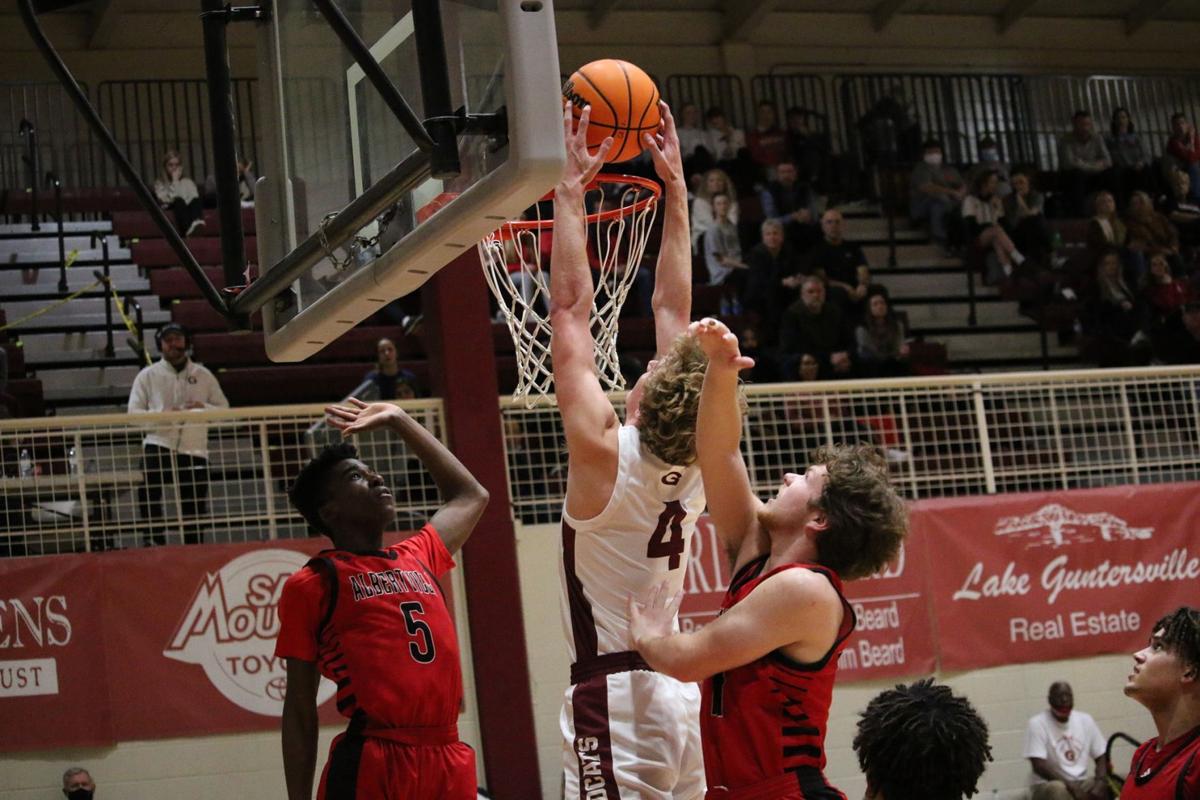 Jack Harris goes up for a dunk against Albertville. Photos by Amanda Roberts Chastain.

Jerrell Williamson skies to catch a pass during the Albertville game Friday night.

Jack Harris goes up for a dunk against Albertville. Photos by Amanda Roberts Chastain.

The Guntersville Wildcats knocked off Albertville Friday night in dominating fashion by a score of 72-47.

With the win, the Wildcats improve their record to 17-3 overall. They took on Buckhorn last night (Tuesday) at home. Arab was originally scheduled to come to Guntersville but that game was cancelled.

Guntersville head coach Brett Self felt his team performed as well as they have all year long against Albertville.

“I thought we played really hard on both sides of the ball and probably had our best defensive showing of the season,” he said. “Our guys were locked in and focused all week to close out area play and then turn our attention to rival Albertville and it showed Friday night.”

Self praised the senior leadership from two of his players against Albertville.

“Jack and Jerrell’s effort the entire game was unmatched,” he said. “Jack was a man among boys grabbing 15 rebounds to go along with his 10 points. Jerrell got going early in transition and we were able to utilize his strength in the post late in the game.”

Self added, “Brandon and Cooper were the best guards on the floor Friday night. They did a great job scoring at the rim and from three.”

The Wildcats are looking to finish the season strong as only a handful of regular season games remain before the area tournament.

“We challenged the team to be mentally tough against Albertville,” Self said. “With the exception of a few moments they really were. When Albertville made a run we always countered. Now, we turn our attention to finishing the season out strong and getting ready for post season play.”