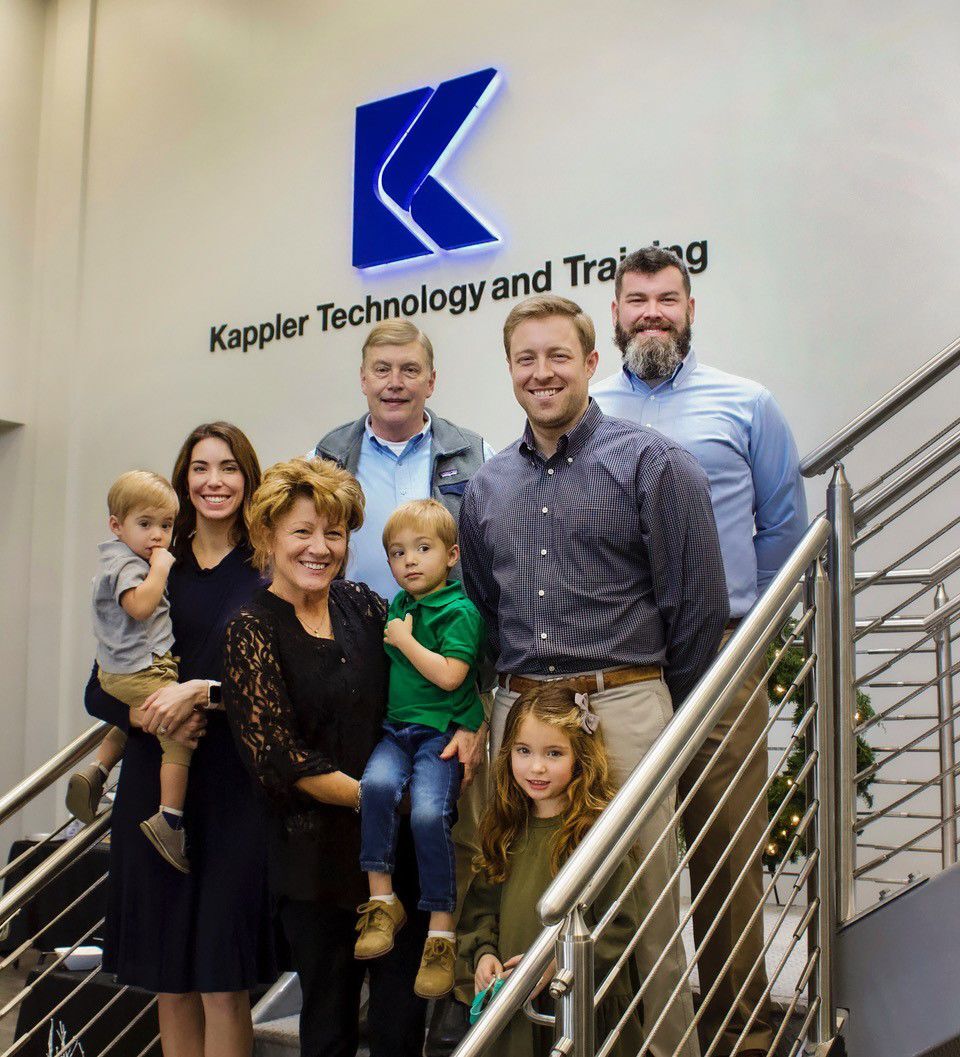 Philip Mann (top center) is shown with his family in the main lobby of Kappler's new building. 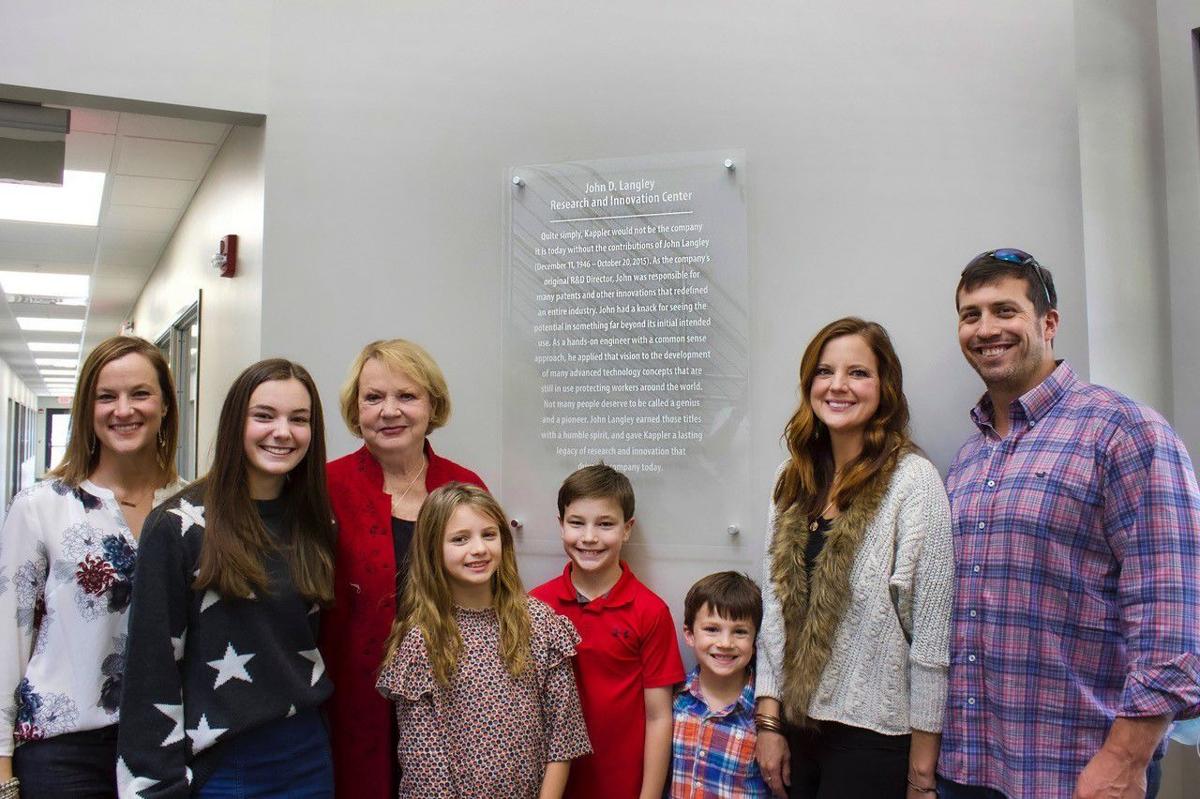 John Langley’s widow, Jan (third from left) and the Langley family are shown with a sign honoring John.

Philip Mann (top center) is shown with his family in the main lobby of Kappler's new building.

John Langley’s widow, Jan (third from left) and the Langley family are shown with a sign honoring John.

Kappler recently hit a major milestone for its new technology and training building being constructed at Mountain Crest Industrial Park.

The building is nearing completion, and a ceremony was held to recognize two key company leaders who are being honored in the naming of the new facility.

The first floor of the 20,000 square-foot building will be called the John D. Langley Research and Innovation Center, named for Kappler’s long-time R&D Director who passed away in 2017. Mr. Langley was instrumental in Kappler’s advance to become the world leader in protective fabric and apparel technology, and was responsible for critical patents that helped build the company’s legacy of innovation and worker protection, the company said.

The second floor is being named the Philip C. Mann Technical Support and Training Facility. As Kappler’s Technical Director, Philip Mann is known and respected throughout the safety products industry for his common-sense approach to sharing technical knowledge, with a reputation as one of the best trainers and educators in the safety business.

The recognition event was facilitated by company president and CEO Laura Kappler-Roberts, along with founder and chairman George Kappler.

During comments at the ceremony, Mr. Kappler noted that he has always credited the company’ success to its dual foundation of innovative technology and customer education.

"Today we are proud to recognize the many contributions of John Langley and Philip Mann to our success,” Mr. Kappler said.

“John was with me from the early days of the company, and Philip joined not too long after that. Their commitment to innovation and user training led to many advances that our competitors have never equaled,” he said.

Both the Langley and Mann families joined the recognition ceremony, which was followed by a brief reception in the soon-to-be completed building. The day was made more special due to the Philip Mann facility name being kept secret from Philip until the signs were unveiled at the event. His family was kept hidden until the last minute, and the surprise announcement was pulled off without a hitch.

The new facility is located across the street from Kappler’s Corporate Headquarters in the industrial park, with the current construction project being phase one of a total planned 49,000 square feet.