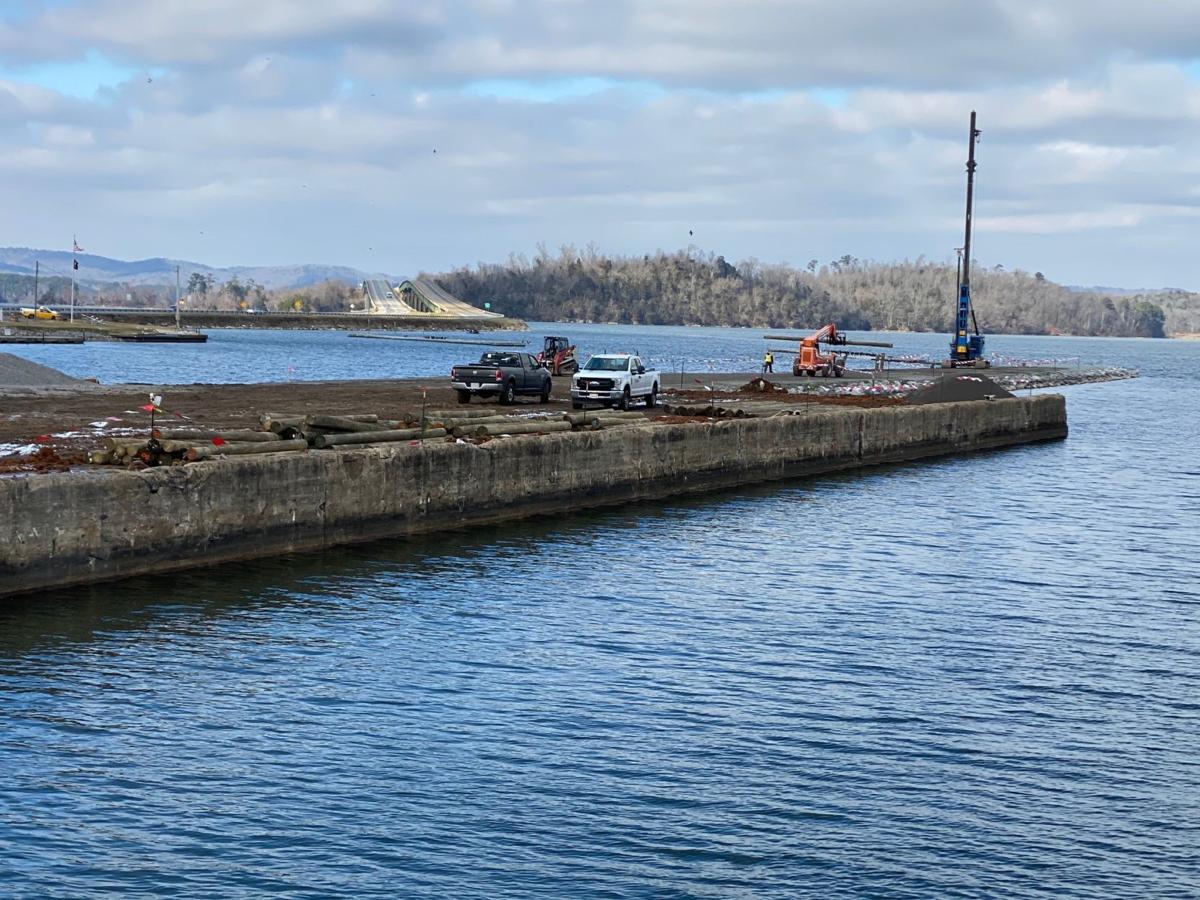 Foundational work is going on at the City Harbor now. But you could see framing there as early as next month. 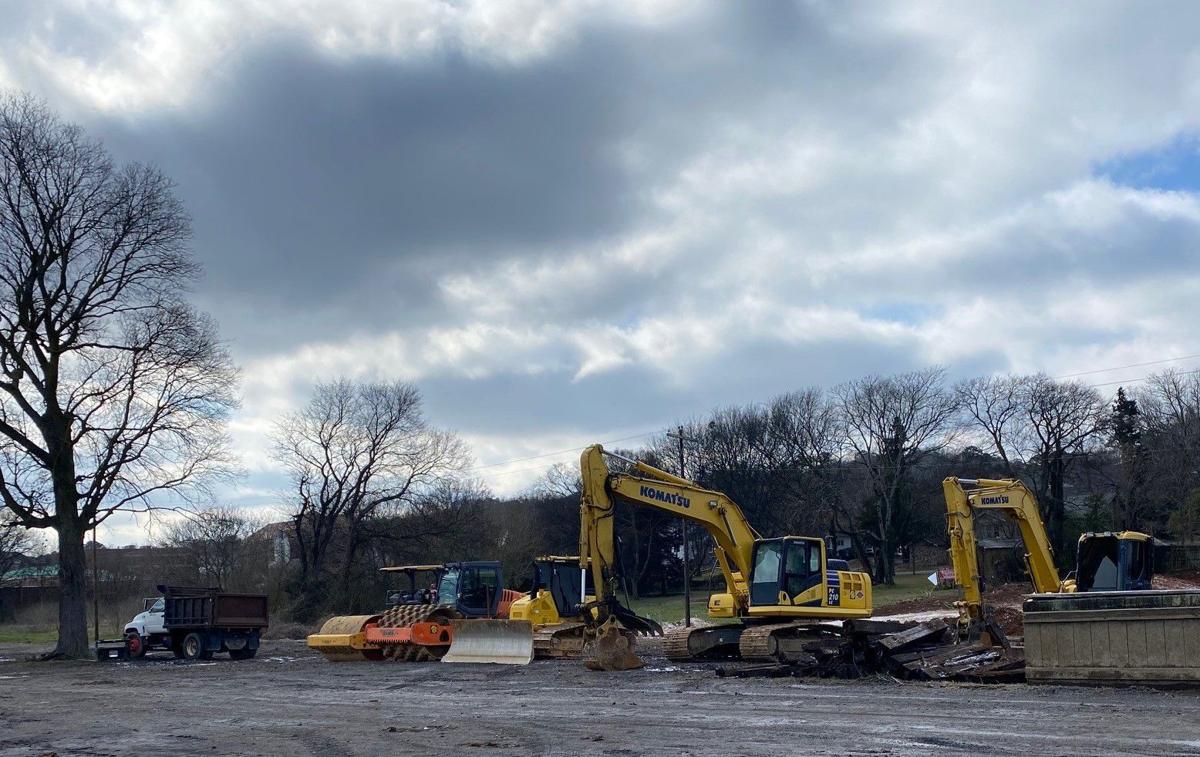 A fleet of equipment is staged at the City Harbor for the construction that is underway there.

Foundational work is going on at the City Harbor now. But you could see framing there as early as next month.

A fleet of equipment is staged at the City Harbor for the construction that is underway there.

The ceremonial groundbreaking for the City Harbor was Feb. 5 and Patrick Lawler wasted no time going right to work building the new development.

Contractor Milam & Company worked on the project all last week. They were right back at it again this week, including working on Tuesday, the coldest day of the year with snow flying.

“I’m real impressed with this bunch,” Lawler said on Tuesday. “I didn’t expect them to be able to work today.”

The work you’re seeing now is foundational work. But they plan to be framing the buildings by March. Milam & Co. project manager Brandon Nelson said they will be taking aerial photos as construction progresses to show the timeline as the buildings come up.

The peninsula at the harbor will serve as the base for the new buildings. They’re installing foundational piers to make sure it’s a good base for construction. Large LVL beams will go on top of that, with the framing to top that.

“It will be 4-1/2 feet above the grade you see there now,” Nelson said of the actual construction.

The new development will primarily be made up of dining establishments on the lower level with condominiums above. A marina with rental slips will also be on the site.

Lawler said he has about 7,500 feet of space left to lease and he is in negotiations with some potential tenants now.

Already announced for City Harbor are:

• The Southern Brewers Consortium. It is in the old silo building at the harbor and is schedule to open this spring. Lawler reports that they’re just about ready to do the sheetrock on the interior of the building. The Consortium is a brew pub featuring 5 different brew labels under one roof: Straight to Ale, Druid City Brewing Company, Salty Nut Brewery, Good People and Avondale.

• Another Broken Egg, the upscale breakfast/brunch place with a couple of locations in Huntsville, will be another tenant. They feature all kinds of omelets, English muffins, beignets and more.

• La Esquina Cocina is an upscale Mexican restaurant. “I’ve eaten at the one in Huntsville several times and it’s very good,” Lawler said. "It's fine dining."

At some point during construction, the cinder block city building on the hill near the front of the property will be razed. That hill will be brought down to the same grade as the surrounding area. It will become parking.

Lawler describes what the harbor will become as a dining and entertainment complex. The businesses that are locating here are usually only found in much larger cities.