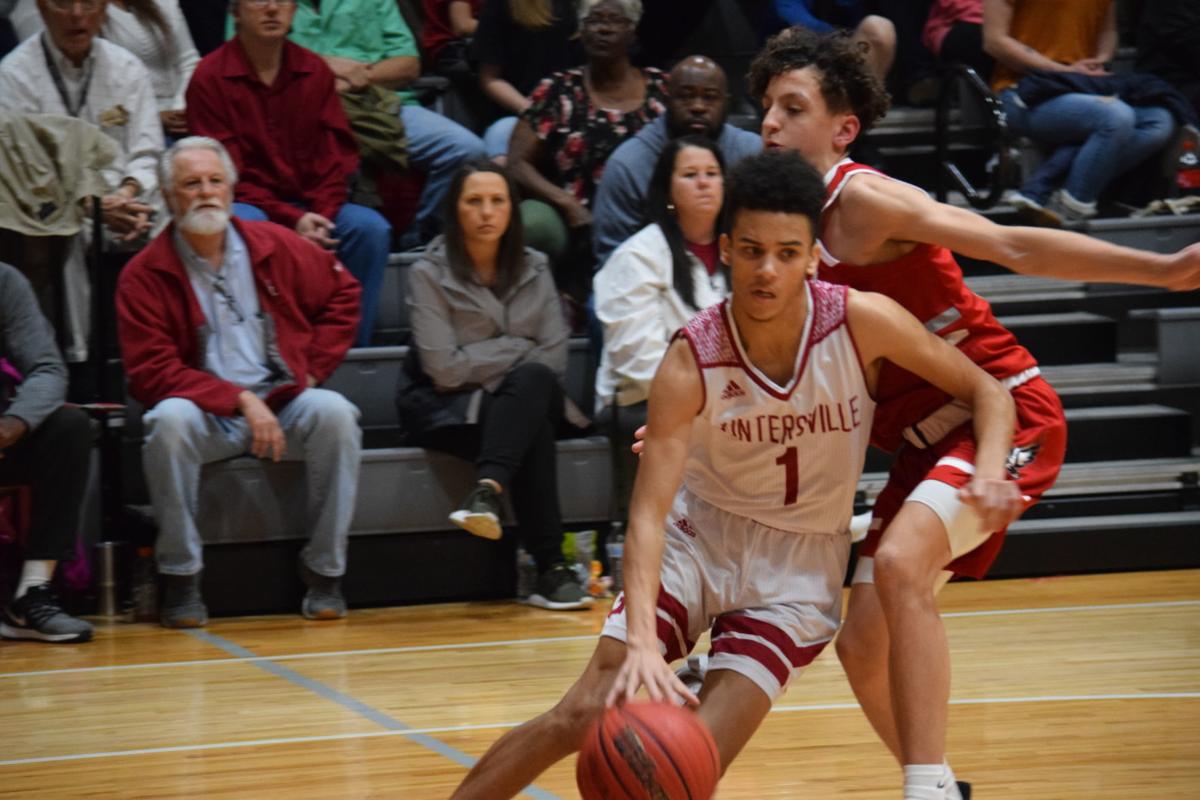 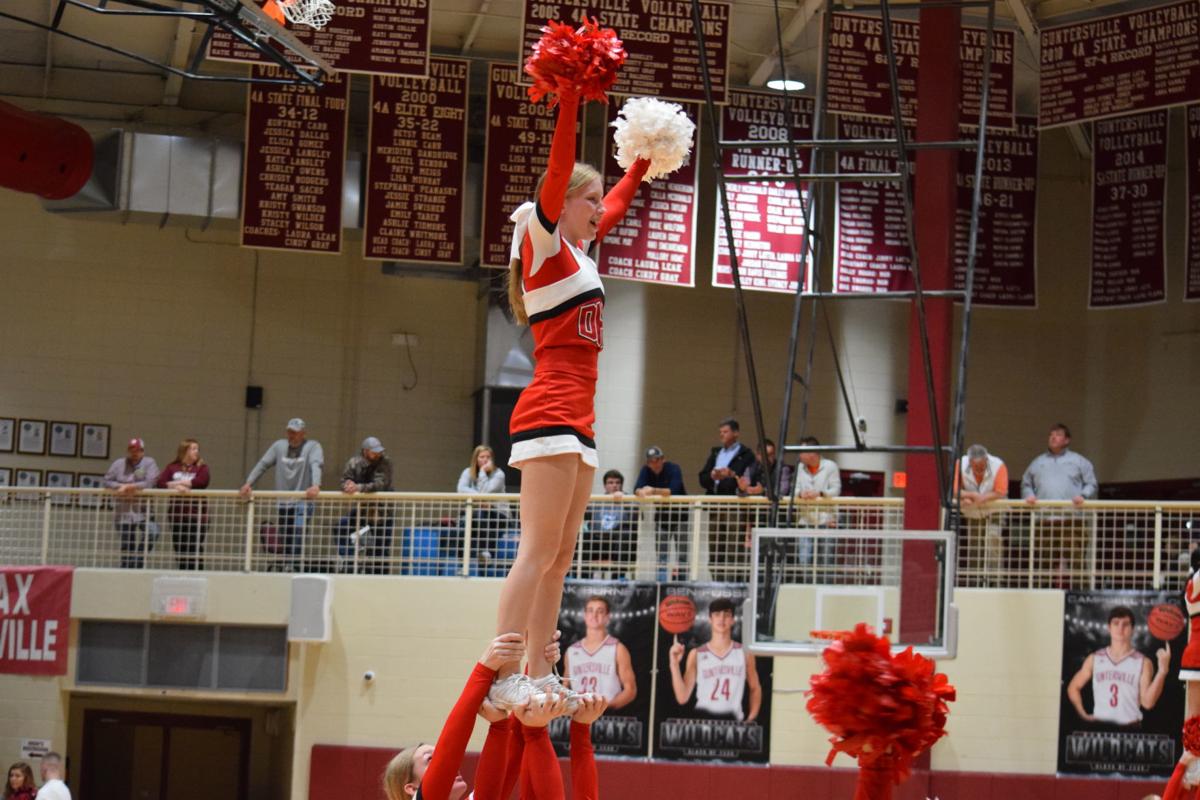 The Douglas cheerleaders perform in the Guntersville High gym. 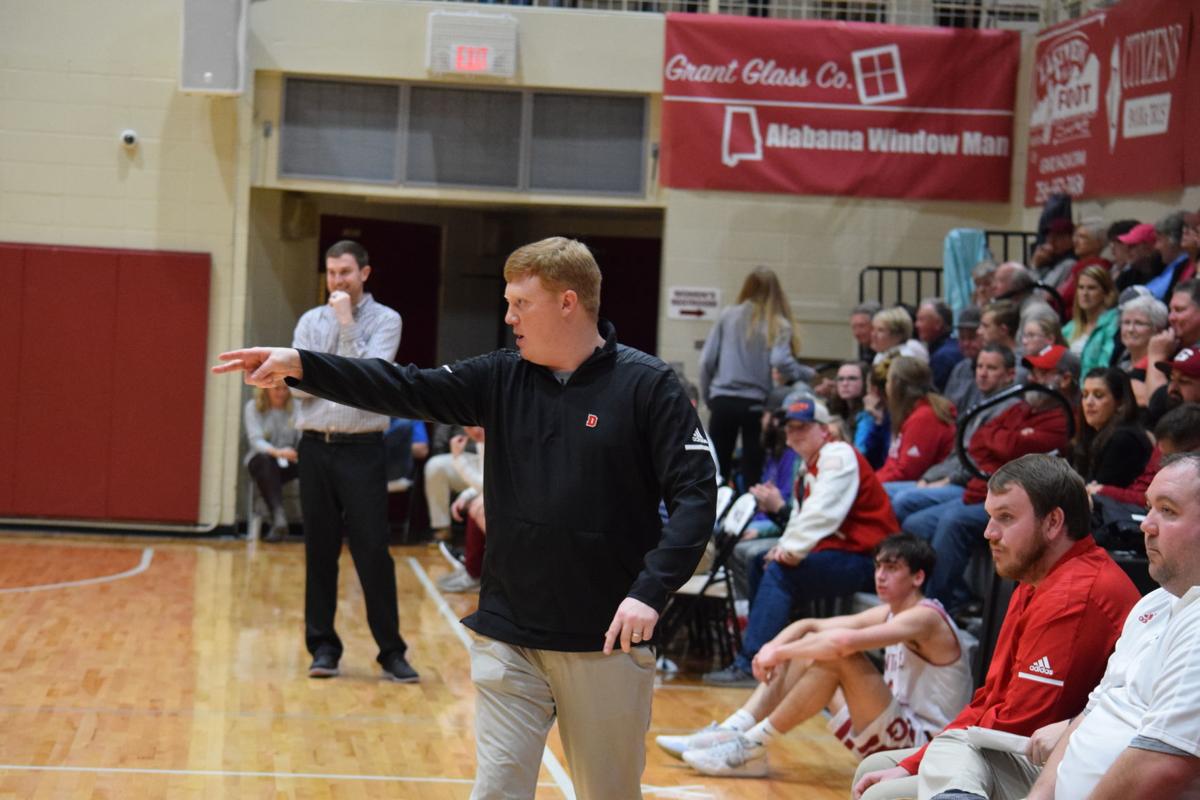 Douglas coach Skylar Baugh makes a point with his team during play. In the background is Guntersville coach Brett Self. 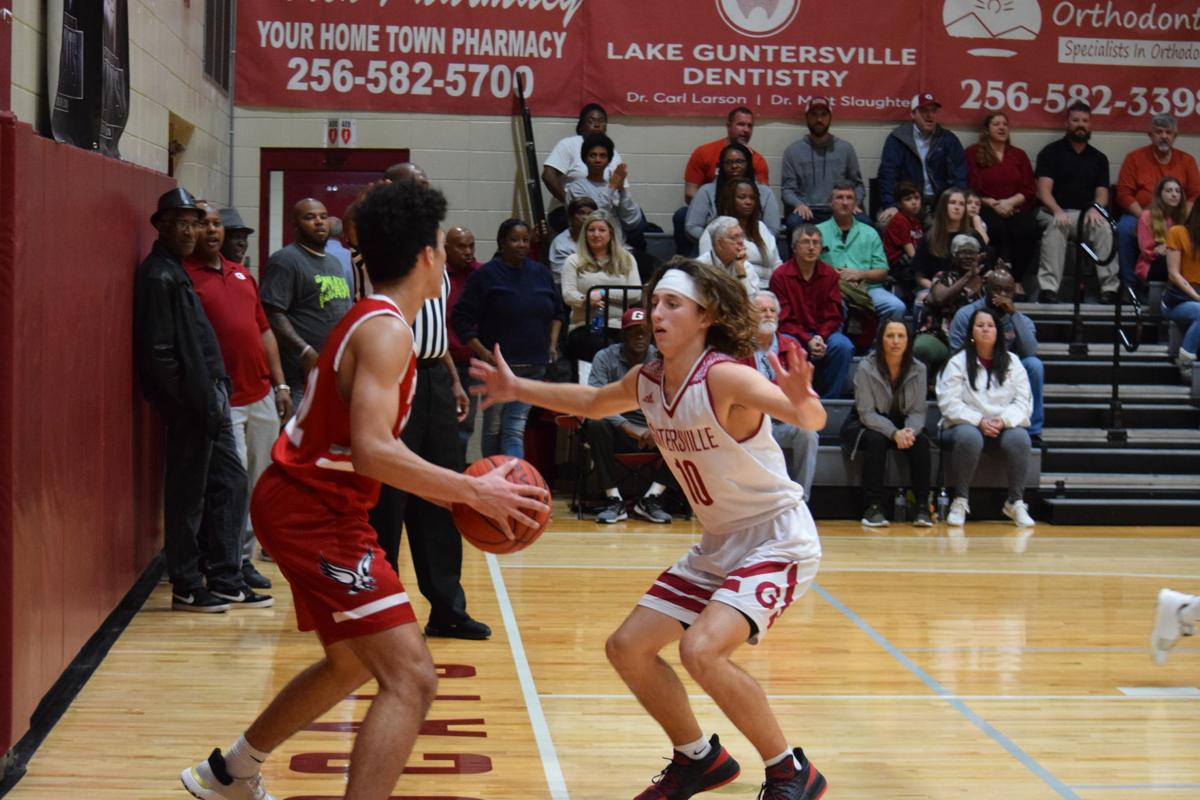 Guntersville pressed just about the whole game and it kept the tempo fast like the Wildcats like it. That's Cooper Davidson pressuring Douglas' Raygan Edmondson. 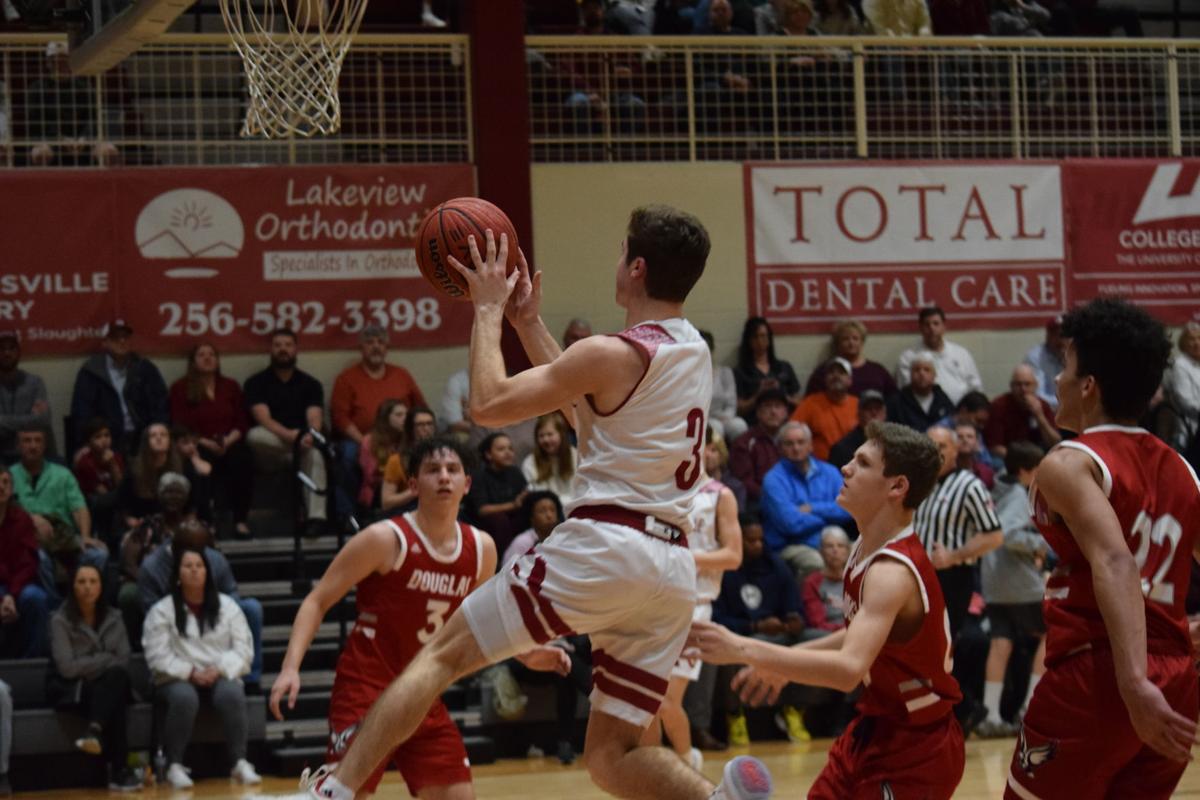 Guntersville's Campbell Leach goes through a trio of Douglas defenders as he drives the basket. The Eagles include Daniel DeArmos (3) and Raygan Edmondson (22).

The Douglas cheerleaders perform in the Guntersville High gym.

Douglas coach Skylar Baugh makes a point with his team during play. In the background is Guntersville coach Brett Self.

Guntersville pressed just about the whole game and it kept the tempo fast like the Wildcats like it. That's Cooper Davidson pressuring Douglas' Raygan Edmondson.

Guntersville's Campbell Leach goes through a trio of Douglas defenders as he drives the basket. The Eagles include Daniel DeArmos (3) and Raygan Edmondson (22).

The press made the difference.

In the semi-finals of the county tournament last month, Douglas slowed the game down and went in the half tied with Guntersville. The Wildcats exploded in the second half for a victory, but it was a close game early.

The teams met again Tuesday night in the subregional game, with a berth in the regional tournament on the line.

Guntersville pressed almost from the outset. It sped the game up and the Wildcats ran away with it. Three minutes into the game, Guntersville was up 17-4 when Douglas coach Skylar Baugh called a time-out.

“It was important for us to play our game, to play up-tempo,” Guntersville coach Brett Self said. “We pressed in the second half of the county tournament game and we knew it could cause them problems.”

“Guntersville is a real fast team and we definitely struggled with the press early on,” Coach Baugh said. “The guys kept fighting though.”

He said he felt his team was pretty evenly matched with Guntersville in a half-court game.

“Our plan was to slow it down and try to keep it in the half-court,” he said. “I was proud the guys kept working and fighting.”

Guntersville also had the advantage of shooting the ball extremely well. They just didn’t miss much, especially early in the game.

But Douglas had some shooters too.

Douglas Raygan Edmondson led all scorers with 26 points. Daniel DeArmos added 16. Both are underclassmen who will return next year for the Eagles.

As they have all season, Guntersville had a very balanced attack, putting 4 players in double figures. Brandon Fussell led the Wildcats with 21. Ben Fussell added 19, Campbell Leach 13 and Jerrell Williamson 11.

There was an exuberant celebration in the Wildcat locker room after the game.

The team plays well together. They’re a very cohesive unit.

“They genuinely love one another and I think it shows,” Coach Self said.

The team’s 3 seniors – Ben Fussell, Campbell Leach and Zak Burnett – were especially happy about making it to Jacksonville. They echoed the coach’s sentiments about the importance of speeding up the game and playing their style of game against Douglas.

“It’s a big accomplishment, for sure,” Ben said of going to Jacksonville.

Zak, a reserve who is often among the first in off the bench, said he was proud of fellow seniors and starters Ben and Campbell for leading the team to the area championship, which allowed them to host Douglas in the subregional.

“It gave them one more game on their home court,” he said.

Ben and Campbell have a special distinction on the team. Their younger brothers Brandon Fussell and Tucker Leach are also members of the varsity. It’s rare to have a single set of brothers on a varsity team, much less 2 sets.

“It has been great,” Ben said. “If anything, it gives us something else to get after each other about.”

Campbell said he’d loved playing his senior year with his brother on the team, that it had been very special.

Guntersville is 21-8 on the season headed to Jacksonville.

Douglas finished 14-14 in its first year under Coach Baugh, himself a Douglas alumnus.

“We lost 3 right out of the gate that hurt us a little bit, but we got them back on the back end,” Baugh said.

The Eagles will return 3 seniors next year.

“We will definitely be back,” Coach Baugh said.