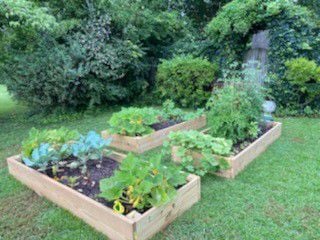 It might seem the rains have made it a little late to be getting your garden planted, but one local expert says you'll be just fine if you plant late this month. 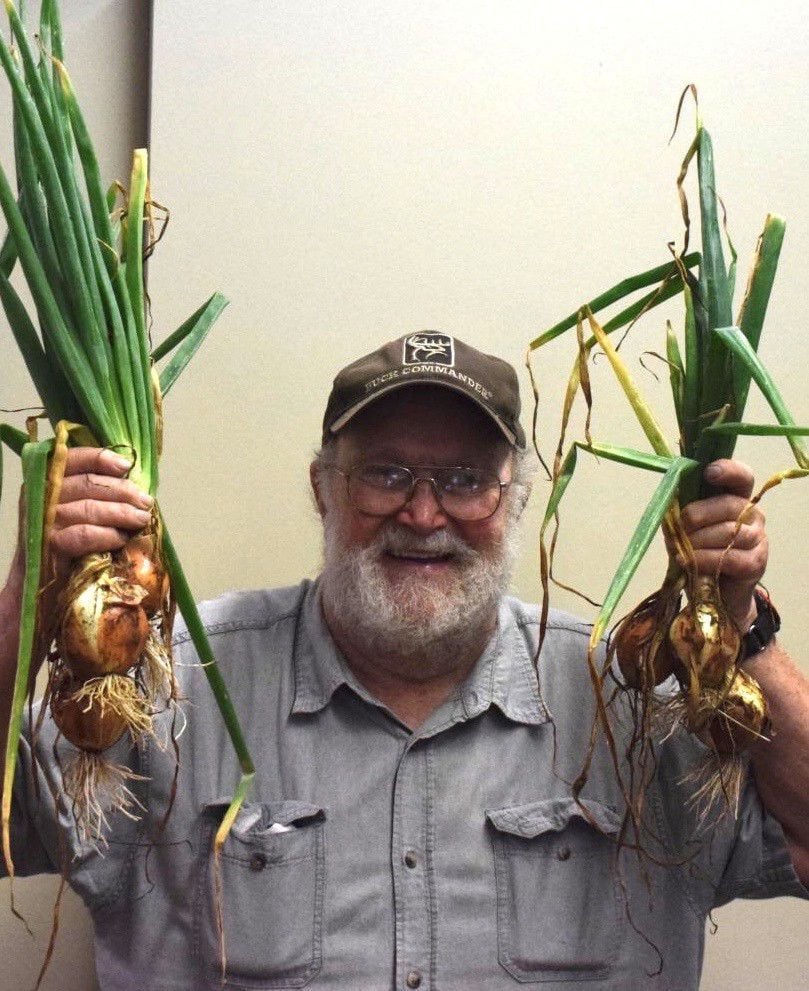 Buddy Taylor is shown with a past crop of onions.

It might seem the rains have made it a little late to be getting your garden planted, but one local expert says you'll be just fine if you plant late this month.

Buddy Taylor is shown with a past crop of onions.

There are no doubt some home gardeners out there who are a bit frustrated with all the rain we had in March. The long-term rainfall average for the month of March in our area is between 5 and 6 inches and we tallied between 10 and 12 for the month this time.

The soil has been saturated in many places and that means it’s a disastrous idea to try to till up a garden.

While it might seem like it is causing gardeners to get a late start, long-time gardener and truck farmer Buddy Taylor of Martling says it’s going to be okay.

“I think the rain was good,” he said. “We needed to get that moisture in the soil.”

He said a lot of people have already put in early crops like onions, potatoes, cabbage and perhaps broccoli.

But if you had any warm season stuff in, last week’s cold snap likely did it in. It got below freezing 2 or 3 mornings and there was frost  a couple of mornings.

“When we were growing to sell at the market, we always planted after April 15,” Buddy said. He said you are usually past the danger of a late frost if you’ll wait until April 15 or a little later.

“We tried one year to plant some early tomatoes and to cover them up when it got cold,” Buddy said. Tomatoes as much as any crop depend on a warm soil temperature to thrive.

“Those early tomatoes just sat there until it warmed up,” Buddy said.

“And the tomatoes were ready about the same time as the tomatoes we planted later after it warmed up. I never regretted planting late. We didn’t miss out on much and we avoided having to replant because we lost crops to the cold,” he said.

He said a gardener who puts in crops early and loses them can run into significant extra cost, especially if they are buying plants like tomatoes and setting them out.

The old country saying is you can plant any crop you want in the garden on Good Friday and it’ll be OK. Buddy said he wouldn’t have wanted to try to plant on Good Friday this year with Easter being early and the cold and wet we'd just endured.

Buddy doesn’t sell at the markets anymore, but he still plants a sizeable garden, growing enough produce for himself and to share with neighbors and friends.

He had some heart issues a year or so back, but his doctors want him exercising.

“There are not too many exercises that work everything as completely as a garden,” Buddy said. “I’ve gardened so long, it’s hard to quit.”

He noted that for the home tomato grower, it’s better to have all this rain now than it would be when the fruits are going on the vine.

“It will burst them,” he said of excess moisture as the tomatoes are developing. “They will outgrow themselves and split.”