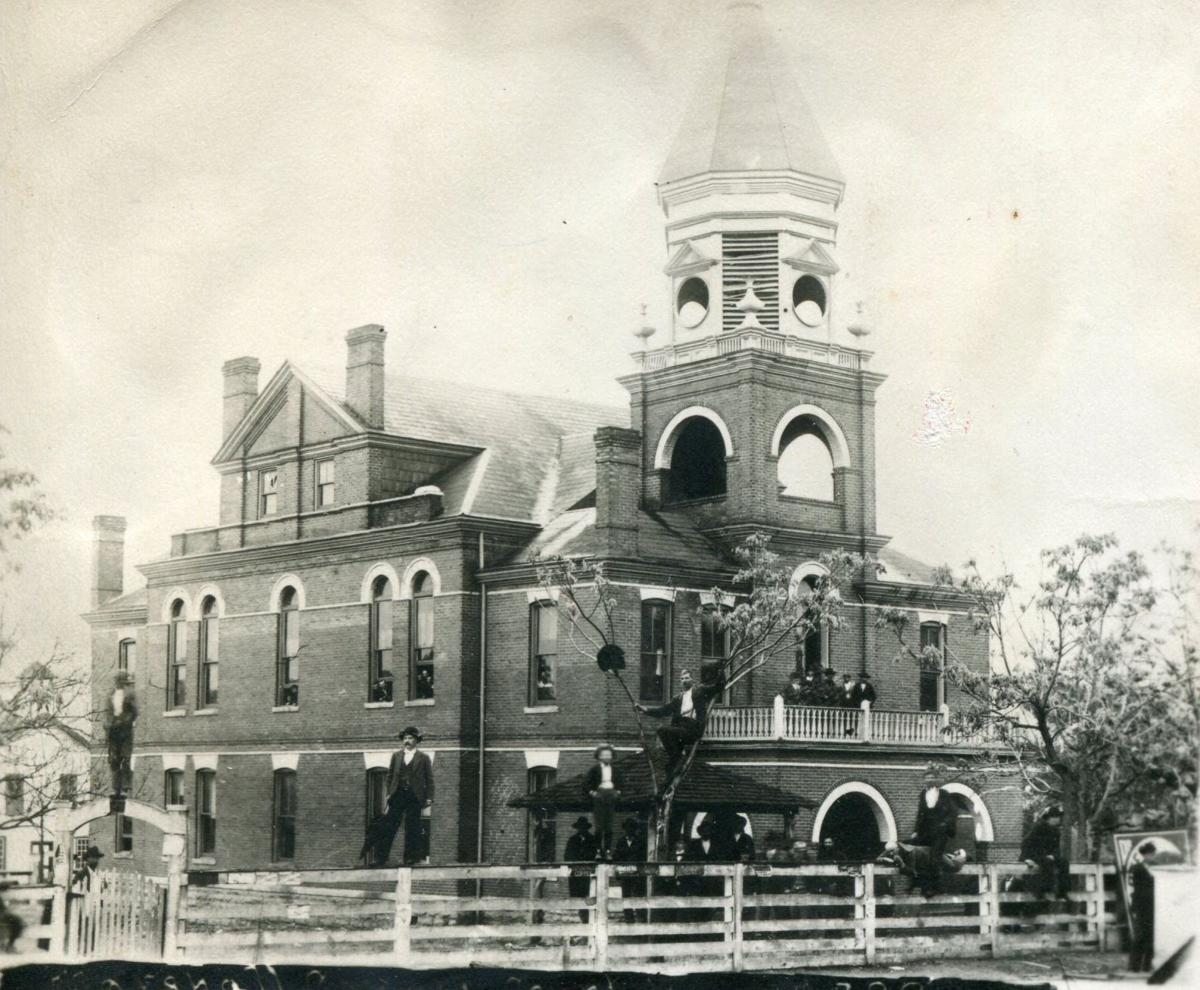 This is the old Guntersville Courthouse in a Victorian motif. The pavilion in front is likely the location of a well. Bricks from that well were unearthed when the Courthouse trees fell more than a week ago. 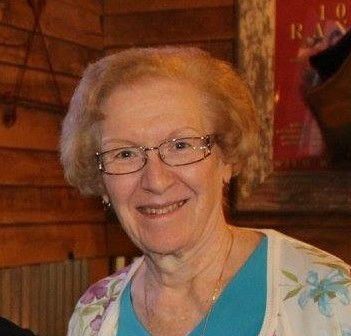 This is the old Guntersville Courthouse in a Victorian motif. The pavilion in front is likely the location of a well. Bricks from that well were unearthed when the Courthouse trees fell more than a week ago.

In recent days, the large oak trees at the Marshall County Courthouse were brought down by storms with high winds. Planted in 1919, the lovely old trees were roughly 100 years old. The rumor mill and social media news gave reports that the trees were 200-250 years old.

In clearing the debris, workmen uncovered what was thought to be a well. The attached picture, made in 1898, shows the courthouse in a Victorian motif. To the north of the front walkway, one can see an open-air pavilion. Amazingly, this structure was located near where modern workmen discovered the remains of a well.

Although no exact date is known for the well being dug, historians surmise the water source was provided when the Courthouse was built at the present location in 1870. It was said to be an artesian well with naturally pressurized water. Through several renovations, the well remained as a convenience for visitors.

In 1903, the well house and a shack nearby were described as “eyesores and symbols of decadence.” The structures were labeled as embarrassments with suggestions to raze or preserve by moving to a less noticeable location. By 1904, the old “well house” had been demolished with “tears shed when it was doomed to destruction.” The “venerable shack,” called an ancient landmark, was reduced to a “heap of lumber.” C. G. Fennell, editor of the Guntersville Democrat, remarked that the well house was a relic of the past.

As early as 1892, the Wyeth City Land and Improvement Company voted to let a contract to construct a water works with a reservoir at the top of a hill behind what is now the First Baptist Church. Gradually, homes and businesses in Wyeth City and Guntersville gained access to a public water supply. In 1907, Guntersville city officials agreed to give the county Courthouse the right to use the utility.

By 1914, an editor of the newspaper referred to the “glaring” need for a fountain at the courthouse because visitors had to ask storekeepers for drinks of water. (This appears to mean that the well was no longer used.) He admonished the community for not providing a watering trough for livestock. (There are unsubstantiated allusions to a cistern for stock on the south side of the Courthouse.) One of his suggestions was the erection of a water fountain for public use on the yard of the Courthouse. He counseled that the community had unlimited water of the “best quality” but that visitors found access very “scarce.”

In the summer of 1914, the ladies of the Women’s Christian Temperance Union (WCTU) identified the need for a fountain as a community project. Their interest perhaps lay in beautification of a neglected area like the Courthouse lawn since the well had become a blemish. Likewise, the need for sanitation to prevent the transmission of disease was a common thought in modern housewifery. Importantly, as members of the temperance league, the ladies believed that “if they provided a handy supply of water that people would not be as likely to want anything stronger.” Gaining the appreciation of the community for the fountain provided a positive outreach for the goals of the organization.

By July 1914, the WCTU had raised $75 through donations for the purchase and erection of a fountain. The county commissioners helped by appropriating $100 to place a public drinking fountain on the Courthouse lawn. The sum insured a “handsome” fountain for the benefit of visitors who otherwise would find it inconvenient to get a free drink of water.

By September 10, the fountain had arrived; by September 24, workmen had almost completed the excavation and concrete pad. On October 1, the news reported that a “substantial, bronze” fountain was in service and spoke of the “silent blessing” for each user. Although located near the well, the “bubbling” water came from piped, public utility.

In March 1916, a controversy arose over lack of access to drinking water at the Courthouse for members of the Black community. The argument said the fountain had four spigots and that only one was functional. Laced with “Jim Crow” language, the solution asked that an additional spigot be turned on for use of Black visitors/shoppers. The plan said no extra expense would be expended because the city owned the water works and the county owned the fountain.

During the 1963 Courthouse renovation, Porter Harvey interviewed several older members of the community about the well. Memories differed about whether it was capped or filled in. On its location, these individuals agreed that it was north of the walk leading to the front door of the Courthouse. Some said the fountain was mounted over the well while several stressed a placement further north. Others argued the well was located where the cannon stood until World War II when the old armament was lost to a scrap iron drive. A minority even said the well was under Taylor Street. Although they lacked agreement of the position of the fountain, these people agreed that the waterflow came from the city’s pipes.

Interestingly, during the renovation in 1963, the contractors had to cut one of the big oaks because it created a safety issue. The expansion of the Courthouse made the building too close to the tree. The news said it was, indeed, one of the trees planted when Gordon Gilbreath was probate judge about 1920.

Sources for this article included personal research plus articles from the Advertiser-Gleam. Additional information was gleaned from conversations with Betty Taylor and Macey Taylor. Betty Taylor is director of the Marshall County Archives while Macey Taylor studies and collects information on old houses and historical architecture. A shoutout also goes to Anthony Campbell, who encouraged me to research this subject.