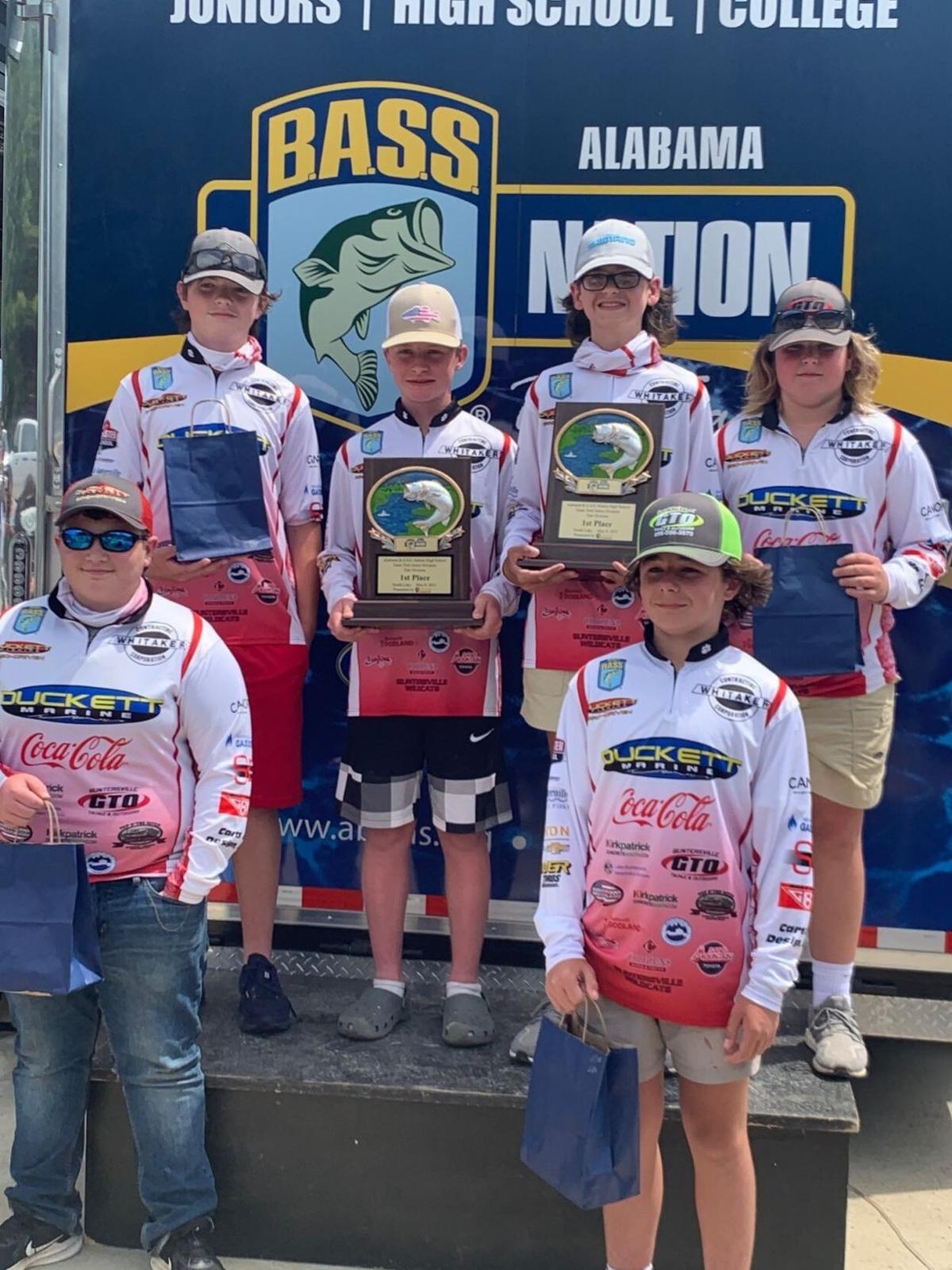 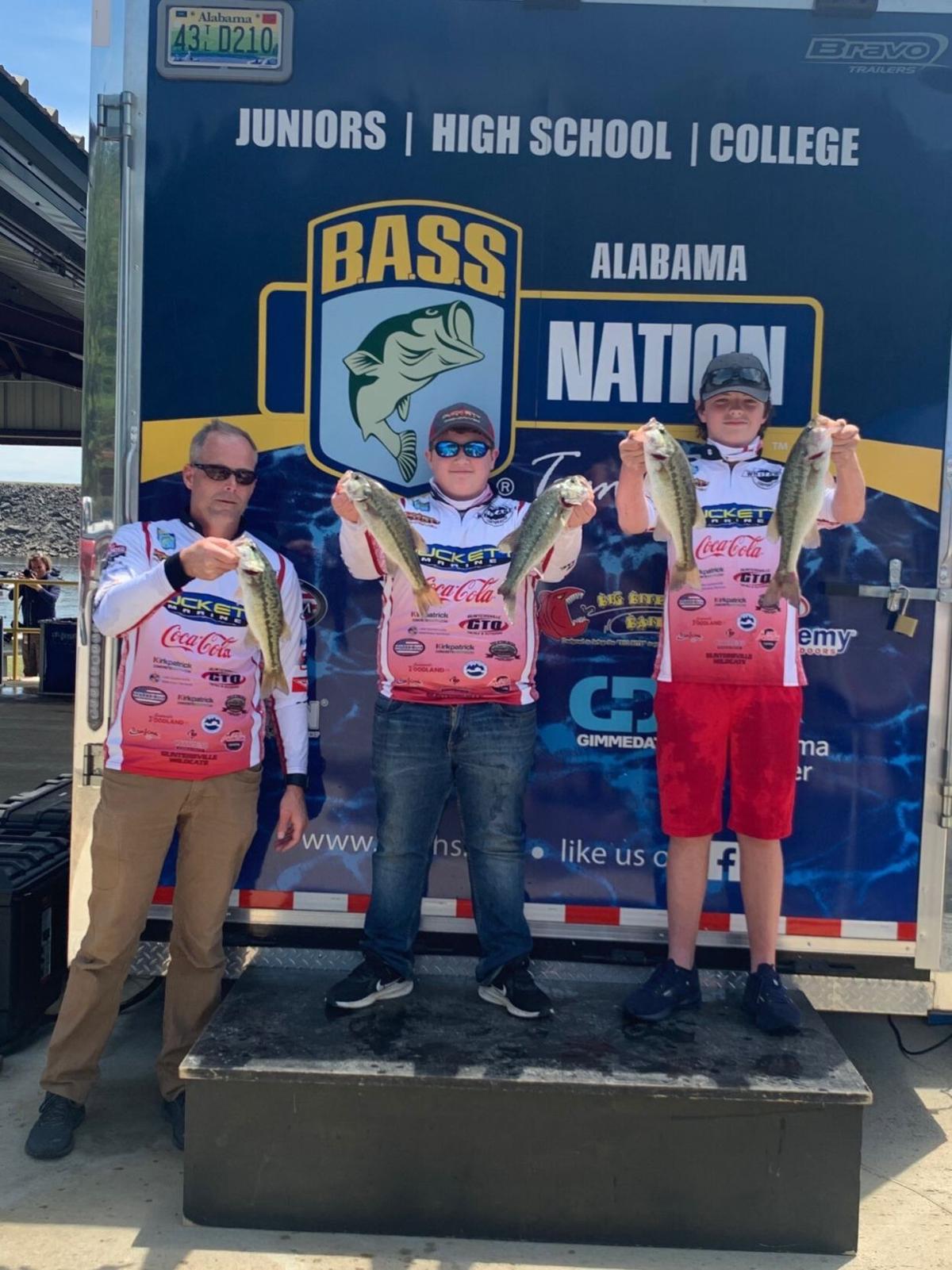 Reed Thomason and Tyler Bobo finished 6th in the tournament. 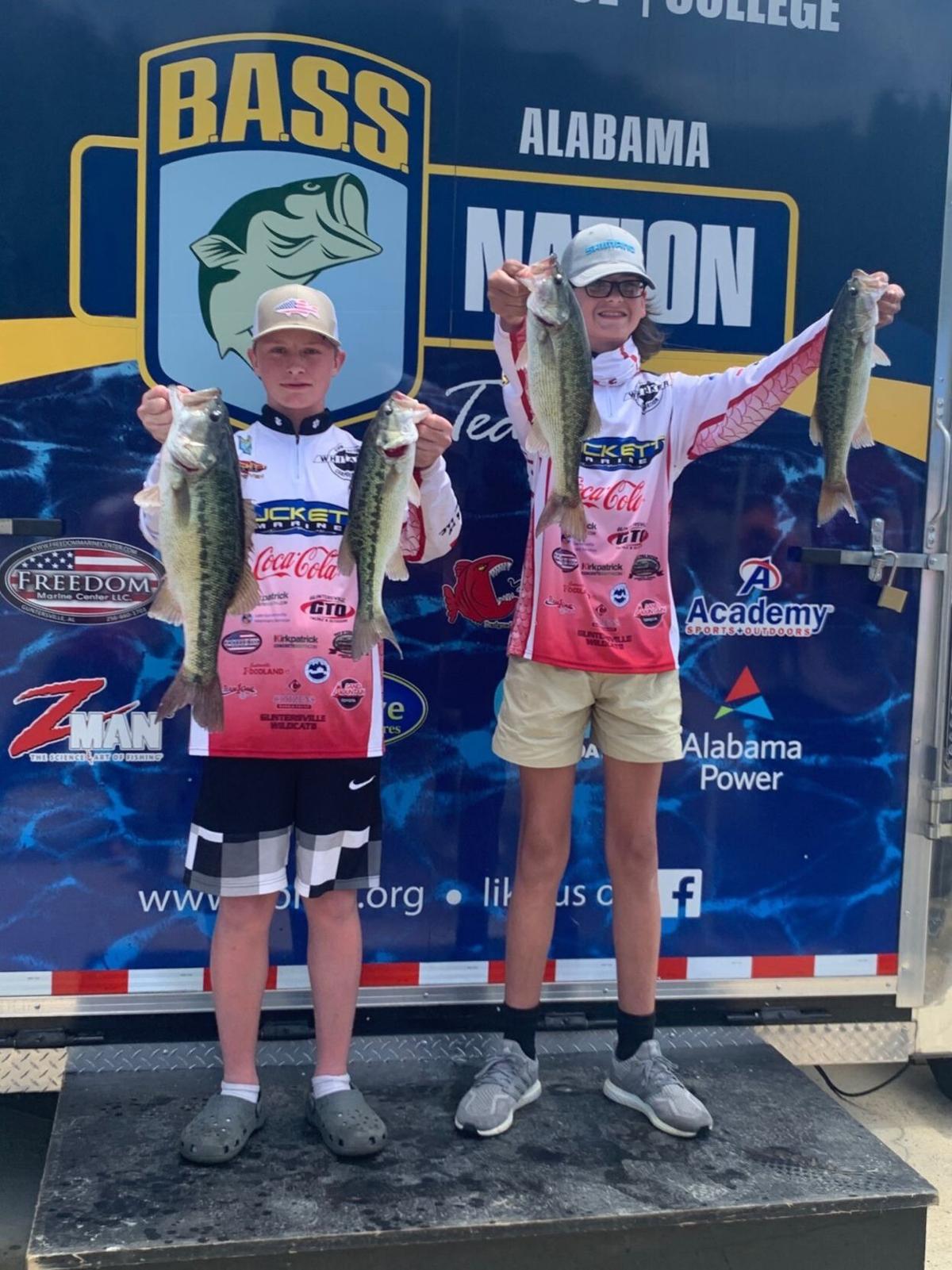 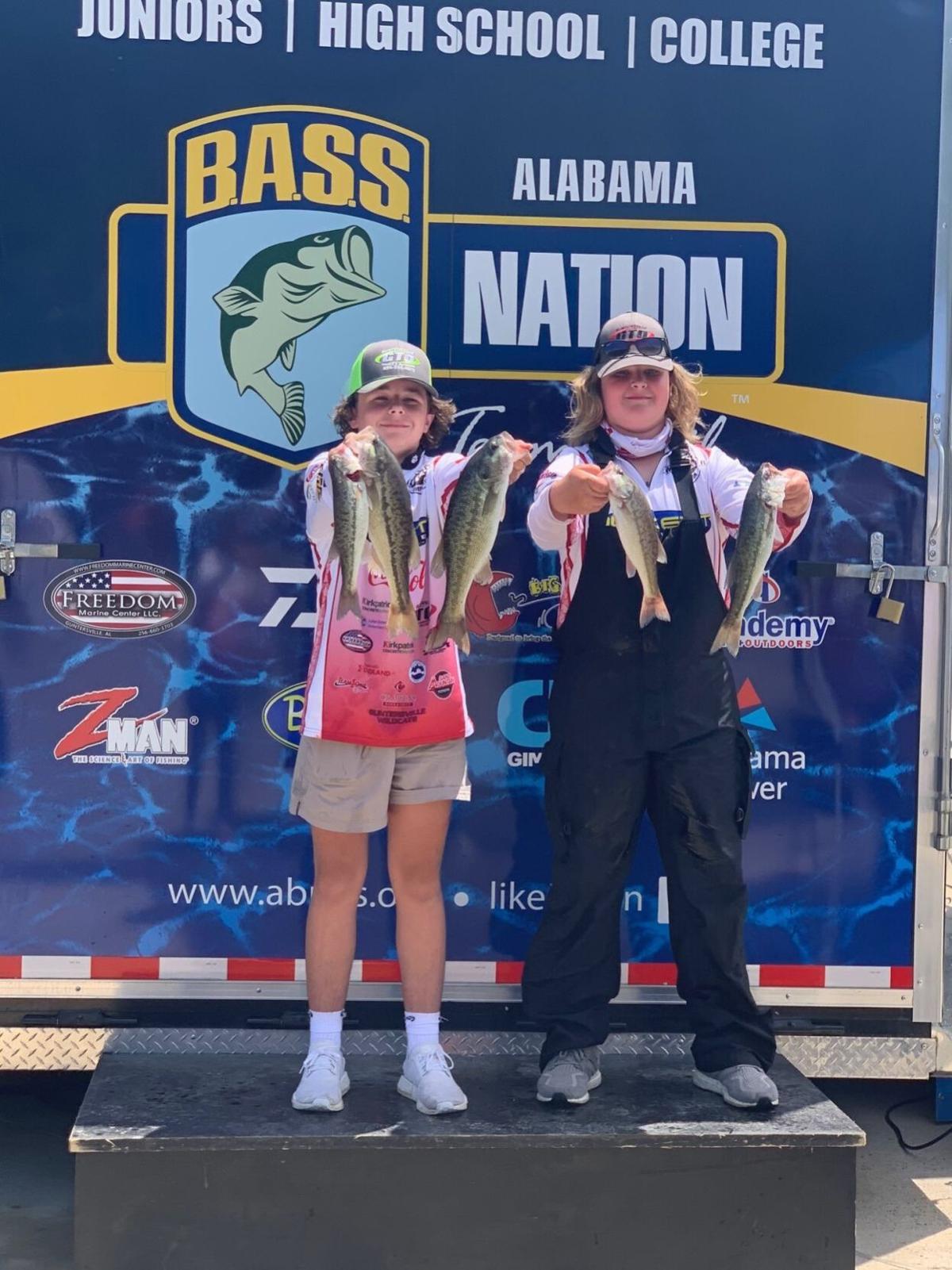 Jackson Bynum and Morgan McCauley finished in 10th place. Cracking the top 10 is good any time bass fishing is involved.

Reed Thomason and Tyler Bobo finished 6th in the tournament.

Jackson Bynum and Morgan McCauley finished in 10th place. Cracking the top 10 is good any time bass fishing is involved.

By now you know that Guntersville's young athletes are really good at football, golf, soccer, basketball and a whole lot of other team sports. They're pretty good at competitive bass fishing too.

The Guntersville Middle School team won the overall top place at the BASS tournament on Smith Lake out of Jasper last Saturday. The Wildcats had 3 teams place in the top 10 in the event. Smith is a notoriously difficult place to fish. The water is extremely deep and the prevalent bass is the spot rather than the largemouth. Guntersville Middle's top finishers were:

It was Coach Haley Thomason’s birthday and she told her young team to catch some big fish for her.

"They did not disappoint!" she said.

But that's not all this team did. All Guntersville Middle school 2-man teams qualified for the state tournament in June on Neely Henry Lake.

Also, Carson Floyd and Jarred Bodine from Guntersville High qualified for the high school state tournament on Weiss Lake in June. They ranked 40th out of 245 teams in the state.

This is a huge accomplishment for them!" Coach Thomason said.

The Weiss tournament was one Carson in particular was really wanting to fish. His family camps on Weiss frequently and it will fish practically like home water to him.