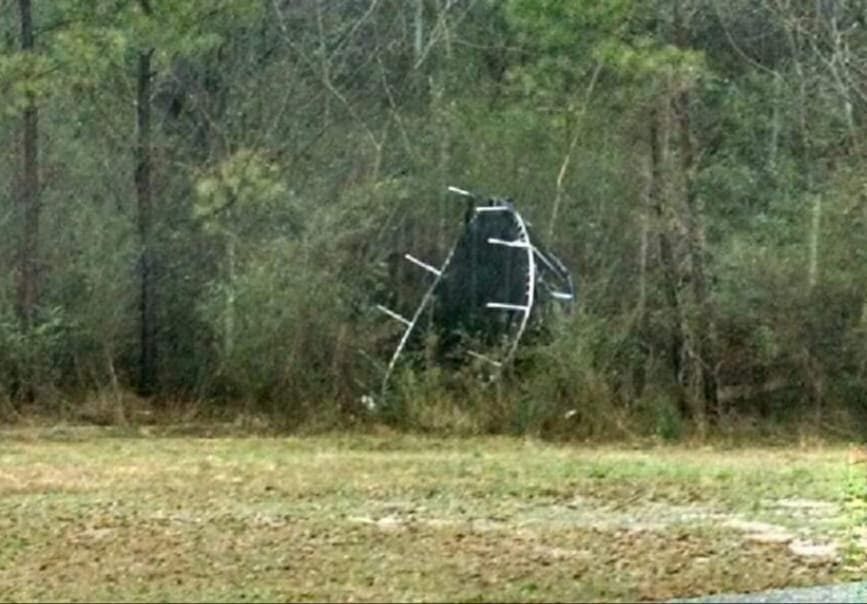 Elaine Scott looked out the window just in time to see her children’s trampoline fly out of her yard and into the neighbor’s trees during Saturday’s storm. 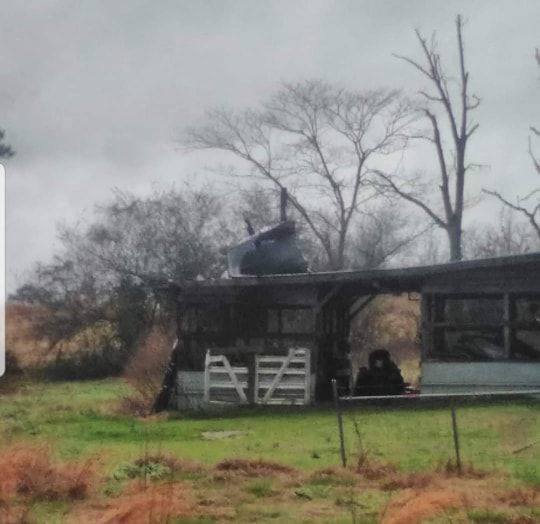 Tin was blown up on this barn in Saturday’s storm.

Elaine Scott looked out the window just in time to see her children’s trampoline fly out of her yard and into the neighbor’s trees during Saturday’s storm.

Tin was blown up on this barn in Saturday’s storm.

Strong winds and heavy rain from the storms that ripped across Marshall County Saturday night are the reason why two local families are picking up the pieces from the aftermath.

Michelle Rice Coupal, and her husband Bob, who live in Guntersville off Rocky Branch Road, were on their front porch watching the storm come in, not knowing what was to come.

“The wind and the rain hit quick,” Coupal said. “We couldn’t even see our neighbor’s house.”

Coupal said after the storm had passed, they decided to walk to the back porch and check for damages.

“We didn’t even know about the barn. We didn’t hear a thing,” she continued.

The barn, which was built on Rice family land and has been there for at least 60 years or more, was found to have been damaged.

“It was built by the Rices.” Coupal said proudly. “It’s family land, passed down to my son, Dustin Rice, who is in the military.”

Coupal says they plan to patch it up.

It’s little bit of a different story for Vanessa Elaine Scott of Albertville, who heard the roaring winds and rain and made it to her window just in time to see her children’s large trampoline flying across the air to land face-up in neighbor’s trees.

“I can’t believe I caught it,” she said” “It was perfect timing!”

Scott said she remembered the wind and rain getting really loud and her three children getting nervous on the couch as they watched the weather.

“I made them all sit on the couch in case we needed to hit the closet,” Scott said.

She went to the window and there went the trampoline flying threw the air.

“It went across the street to my neighbor’s yard then eventually in the woods by their house,” she said. “It landed about 200-300 yards from where it was originally sitting.”

Scott said the winds also blew over a panel on her pool fence and knocked over two basketball goals that had cement blocks and sand bags attached to them.