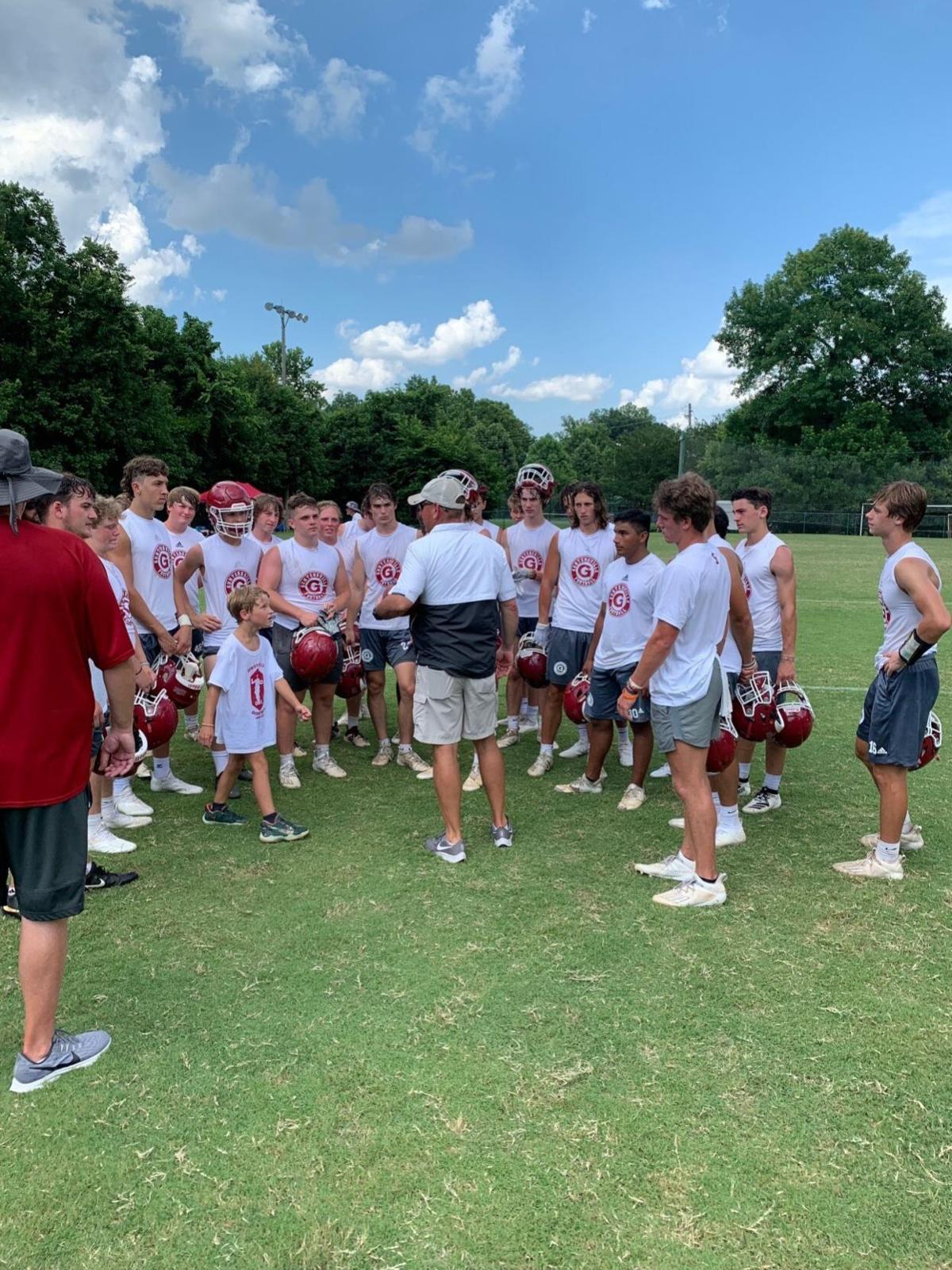 Coach Chris Hatcher of Samford University congratulates the Wildcats after their victory. 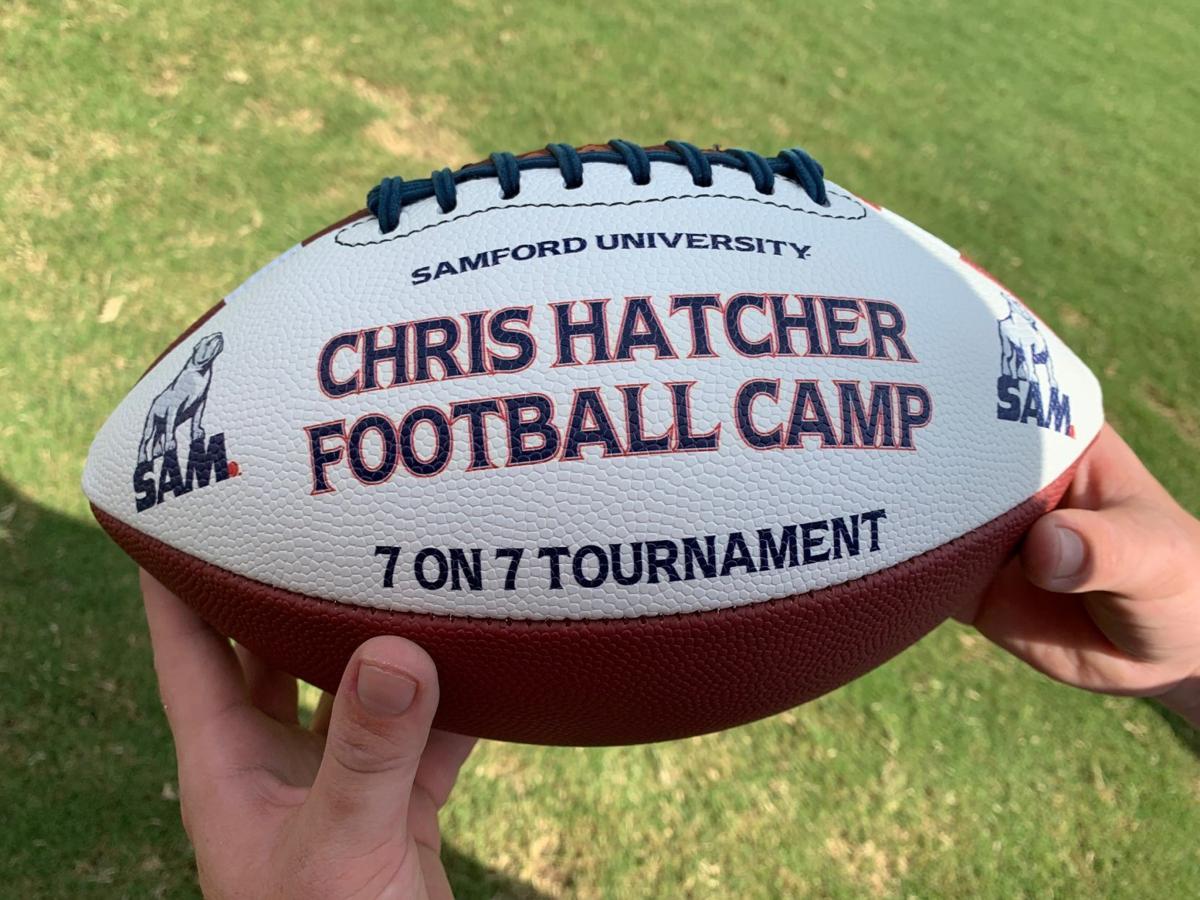 This trophy ball was presented to the team. 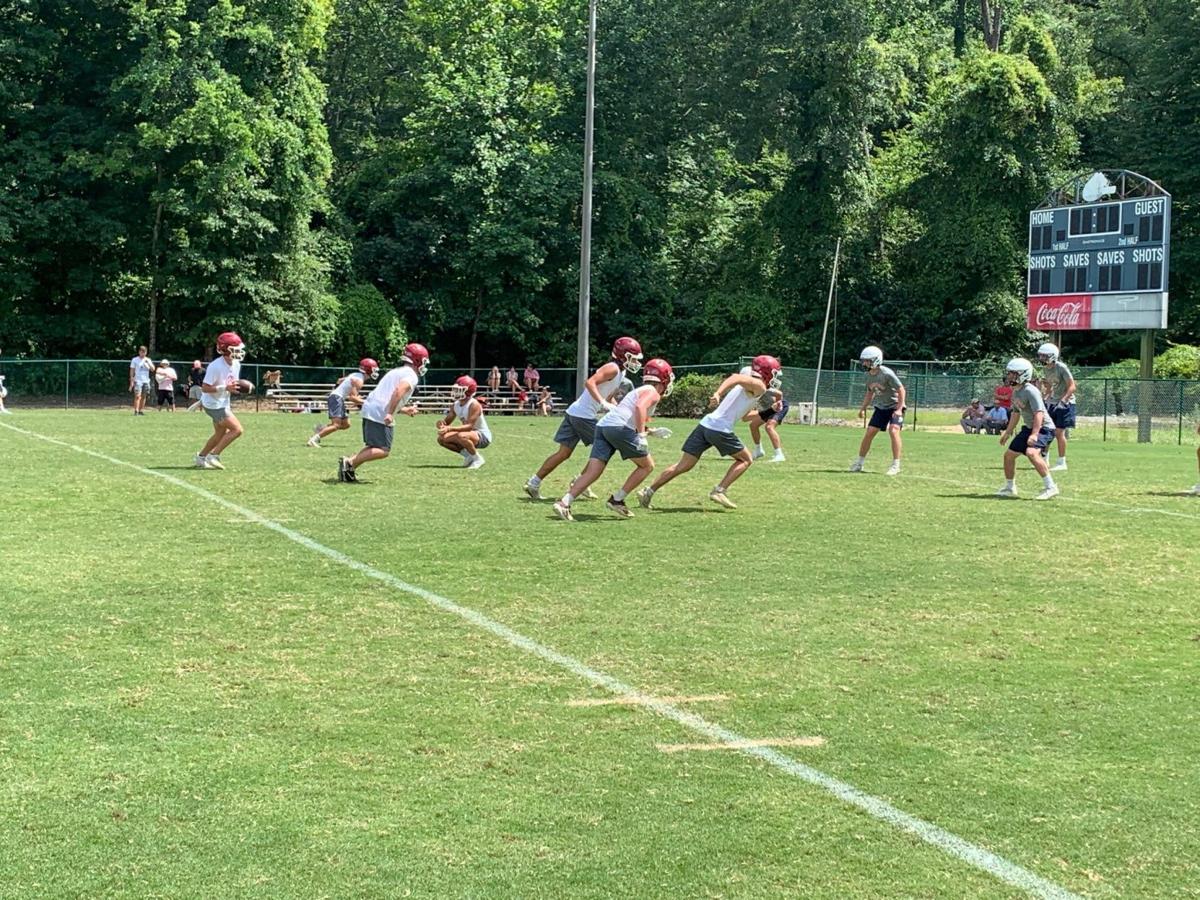 The Wildcats run a play in the red zone at the camp.

Coach Chris Hatcher of Samford University congratulates the Wildcats after their victory.

This trophy ball was presented to the team.

The Wildcats run a play in the red zone at the camp.

They were playing big Birmingham-area schools but the Guntersville football team did more than just hold its own. They went undefeated and won the Samford University 7-on-7 tournament last Friday.

“It was a good day,” Coach Lance Reese said.

The format of the tournament was pool play before lunch. Guntersville notched wins over North Ridge, Ramsey, Fairfield and Brookwood. They came out of the pool seeded No. 1.

Guntersville didn’t just score a lot of points on offense. They got key stops on defense too and with this format, that could flip a game in a hurry.

“You got one point for a defensive stop and 3 points for an interception,” Coach Reese said. “Then if you got a touchdown on offense, it was 6 points. You could go for one from the 5 or 2 from the 10. You could have an 11-point swing in a game fairly quickly with the format.”

Each game was a 22-minute running clock.

“It was true football rules with teams able to kill the clock and things of that nature in the last minute,” Coach Reese said.

In the tournament after lunch, Guntersville beat Brookwood, then Homewood and then Center Point in the finals.

“We took 25 players and all of them played,” Coach Reese said. “It was a heat index of 98 degrees. Some of the 6A schools were strictly 2 platoons. Some of our guys went both ways.”

He said it was exciting for the squad, but they were tired by the end of the day.

“Coach Chris Hatcher made a presentation of the ceremonial game ball trophy and talked to the team after the tournament. It was exciting to have a college coach talk to the guys. Some of the assistants talked to some players they might be interested in. It was a great way to wind up summer and was great exposure for our team,” Coach Reese said.

The Wildcats were going to work two days this week, then take a few days off before going out in pads next week. Since they didn’t do any contact work in the spring, they are getting to strap on the pads a week early this fall.

While starting quarterback Cole McCarty got most of the snaps at the 7-on-7, backup Antonio Spurgeon got some work as well.

“He’s had a hamstring issue and he has finally gotten cleared,” Coach Reese said.

“We think of running back Logan Pate as more of a runner, but he caught several balls at the 7-on-7,” Coach Reese said. “He’s well-rounded running back.”

While linemen didn’t travel to the competition, they worked at home and had pizza afterwards.

“We wanted to make it a special day for those guys too,” Coach Reese said.