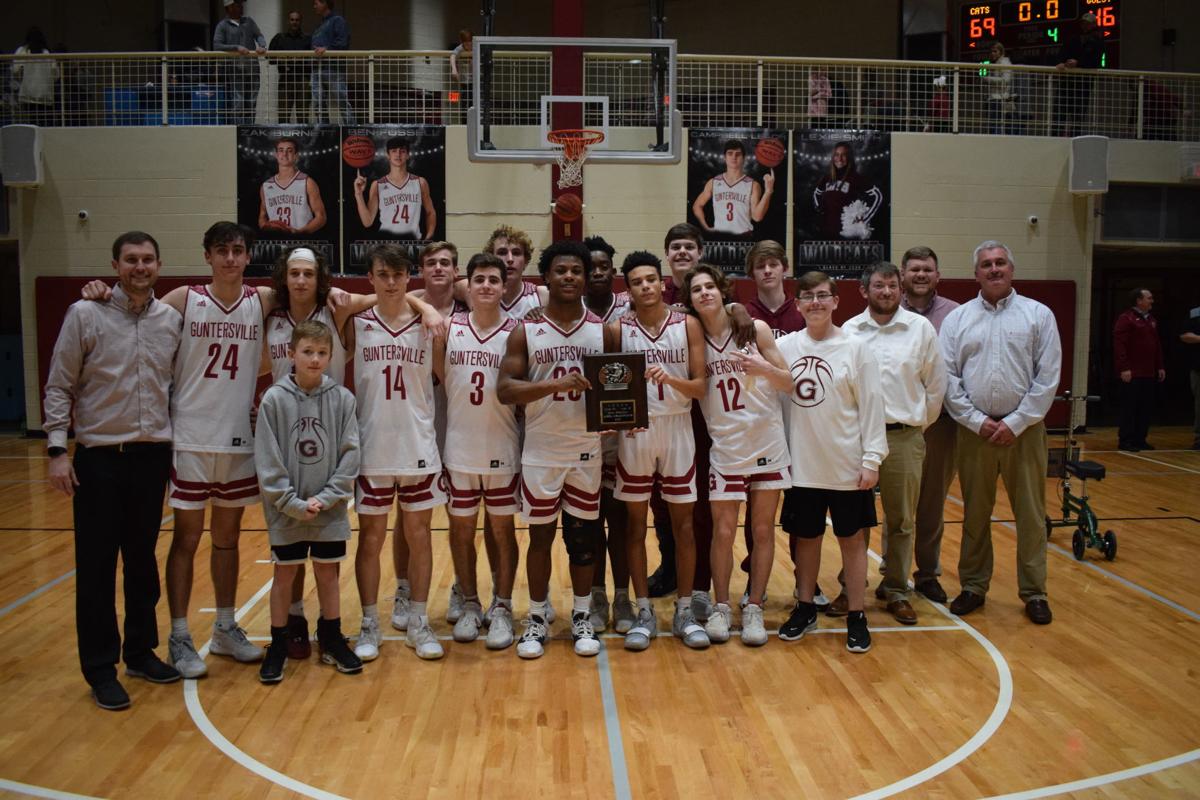 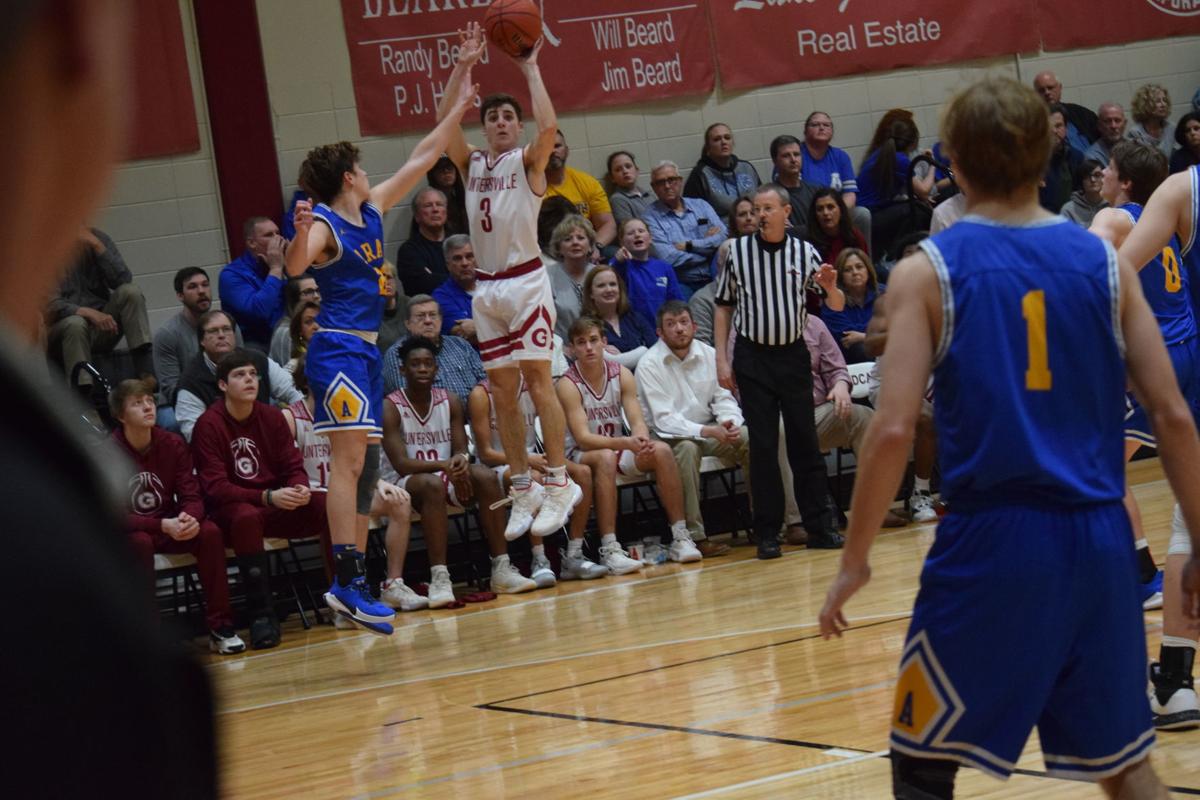 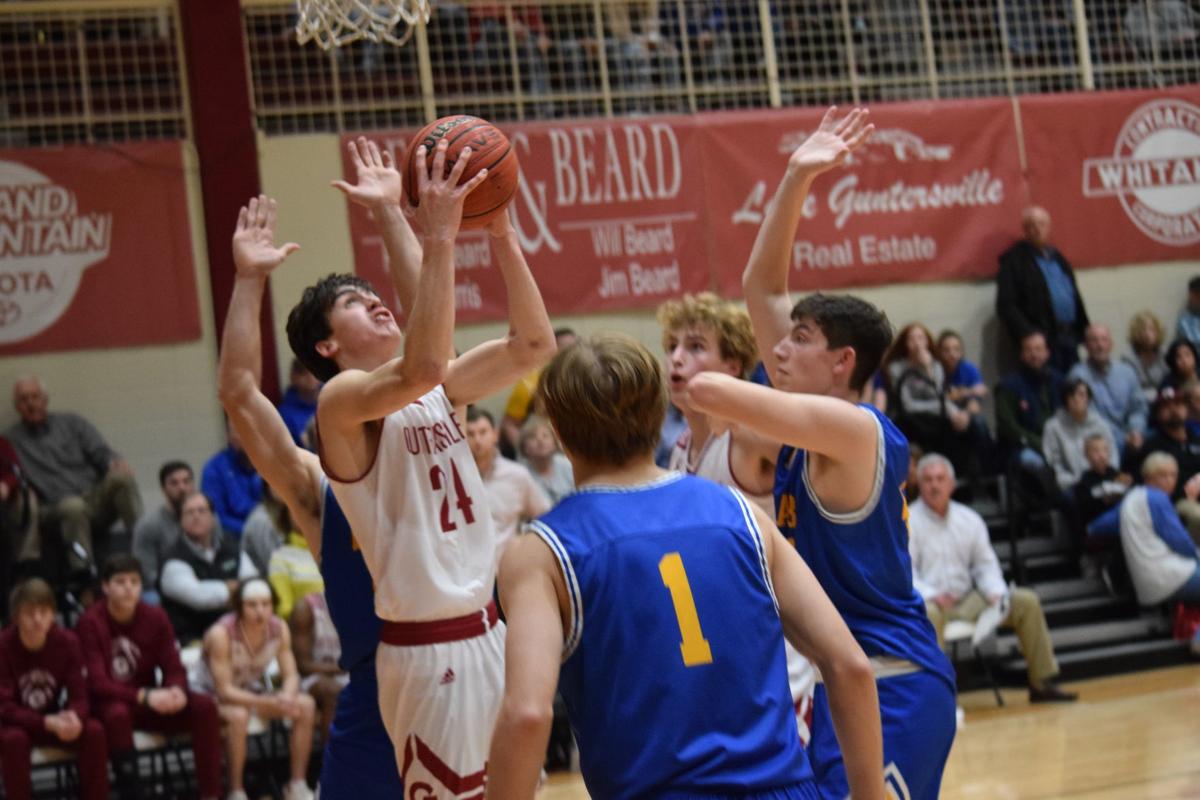 Ben Fussell goes up for points under the goal. 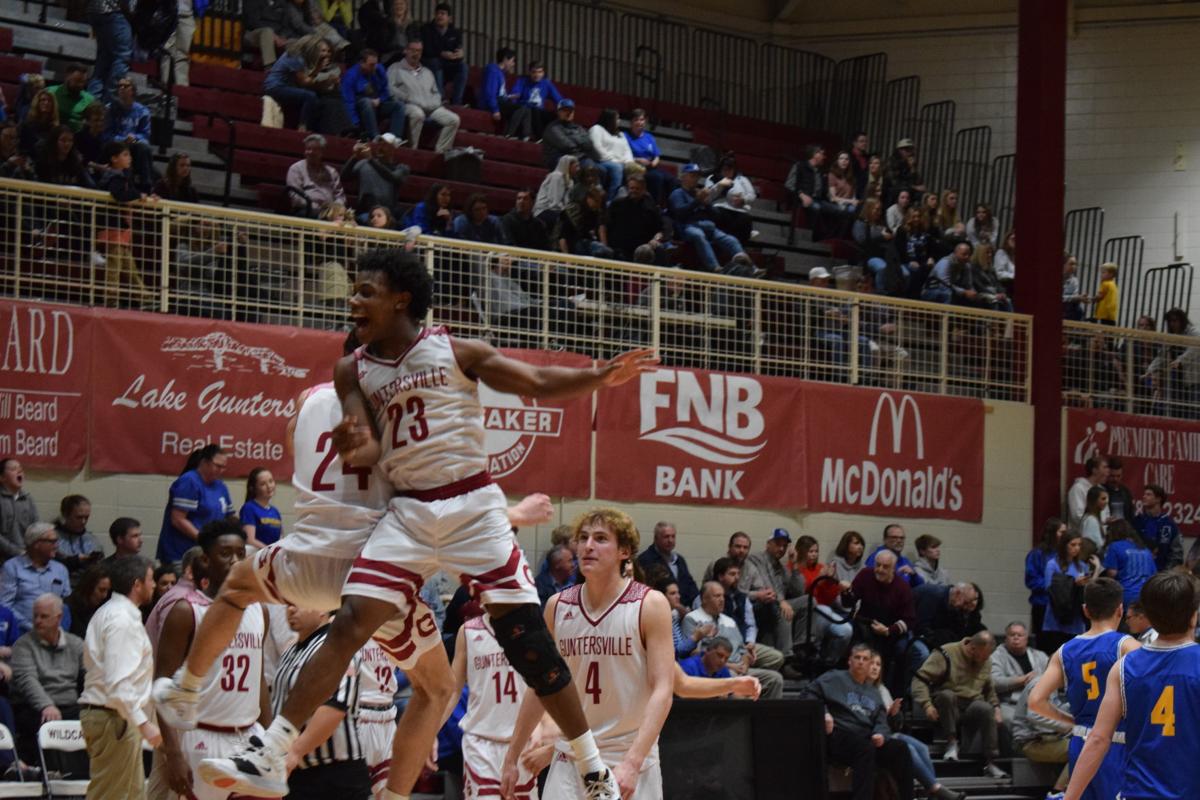 Ben Fussell and Jerrell Williamson celebrate after the buzzer sounds on the win. 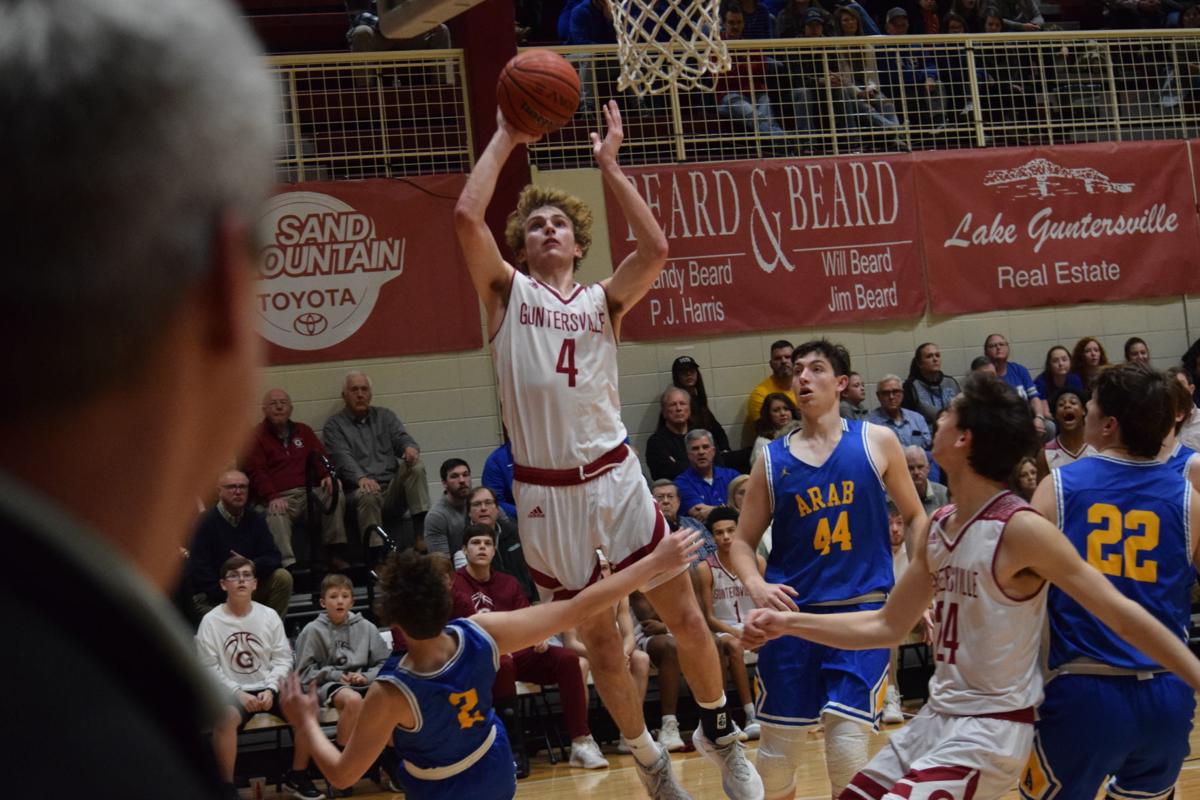 Jack Harris goes up with a shot under the goal. Jack had 12 rebounds for the game.

Ben Fussell goes up for points under the goal.

Ben Fussell and Jerrell Williamson celebrate after the buzzer sounds on the win.

Jack Harris goes up with a shot under the goal. Jack had 12 rebounds for the game.

The Guntersville boys are the area champions. They defeated Arab 69-46 Friday night for the title and the home court advantage in the subregional.

They played Douglas in the subregional Tuesday night after we'd gone to press, with the winner of that game moving on to Saturday's regional tournament at Jacksonville State University.

Against Arab, Guntersville led 16-8 after a quarter and 31-15 at the half. The Wildcats were up 47-30 going into the final period.

"I'm really proud of this team, winning the are regular season, claiming the No. 1 seed for the area tournament and then staying focused to win the area championship," Coach Brett Self said.

Guntersville finished with a perfect 8-0 area record. Coach Self said that was an accomplishment with the tough competition in the area.

Of the victory over Arab, he said it was a complete team win.

"Everyone stepped their game up and played to win," Coach Self said. "It is hard to win an area championship. You have to be mentally, physically and emotionally tough and we were all three throughout the tournament. It's exciting to bring back home the area championship for these boys, our fans, former players/coaches, alumni, and the Guntersville community."

He said the reward for the seniors is getting to have one more home game by hosting the subregional.

He said it was important for the team to celebrate the area championship briefly, then get right back to work.

"We have bigger goals," he said.