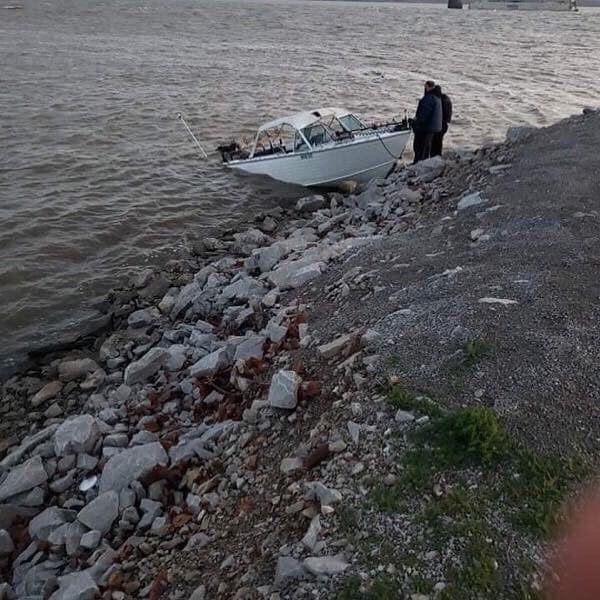 This angler tried to turn back for the harbor but the swells pushed him into the riprap. The photos are courtesy of Capt. Josh Brown, who guides for catfish on both Guntersville and Wheeler. 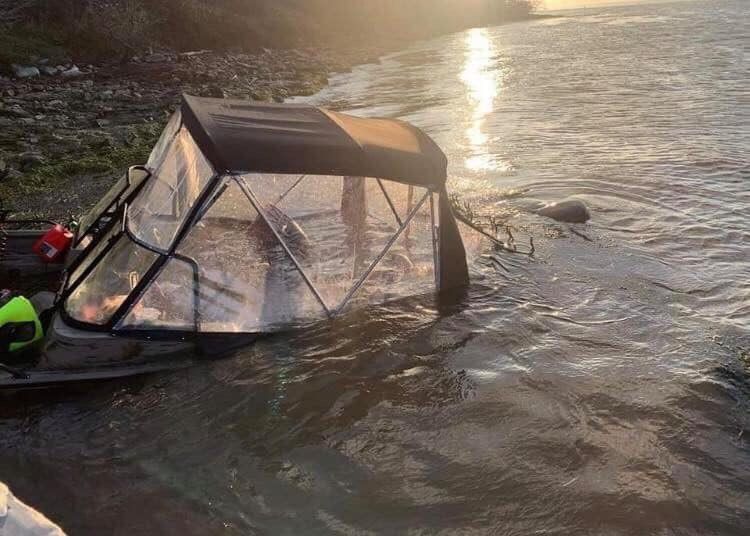 Lots of anglers in the Winter Blues catfish tournament found themselves in trouble Saturday morning as strong current and whipping winds roiled 6 foot breakers on the Tennessee River.

This angler tried to turn back for the harbor but the swells pushed him into the riprap. The photos are courtesy of Capt. Josh Brown, who guides for catfish on both Guntersville and Wheeler.

Lots of anglers in the Winter Blues catfish tournament found themselves in trouble Saturday morning as strong current and whipping winds roiled 6 foot breakers on the Tennessee River.

Capt. Josh Brown of Backwoods Guide Service guides for trophy catfish on both Guntersville and Wheeler Lakes. He was in the Winter Blues catfish tournament Saturday out of Ingalls Harbor in Decatur when 7 of the competitors got in serious trouble with giant breakers rolling over their boats.

While the tournament was out of Decatur, a number of the competitors were headed to Marshall County to fish below Guntersville Dam,a known hotspot for trophy catfish.

"I had some close friends below Guntersville Dam," Brown said.

"Everyone had a start time when they could start fishing," Brown said. "But they had livewell checks and allowed people to start leaving the marina at 4 a.m."

About 30 minutes after some of the anglers had left, the wind picked up, gusting to 20 to 25 miles per hour. The high wind combined with the increased current due to all the rainfall lately created some hellacious breakers.

Rescuers estimated the breakers at 6 to 8 feet.

"The river channel narrows as you go downstream," Brown said. "That increased the current speed. I'd never seen the river that bad."

His boat took on a little water, but he and his partner had no trouble making it back to the harbor. Seven of the 30 or so boats that launched needed help.

"Some had to have a rescue team come and get them," Brown said. "Some needed someone to take their truck and trailer to a different ramp because they couldn't get back to Ingalls."

Brown said 3 boats were lost. He didn't hear if they'd been recovered.

The tournament ended up being fished on Sunday, when the winds were a little calmer. Brown and his partner finished 12th out of more than 100 competitors.

Winter is the best time to catch an extra large catfish. The current doesn't necessarily hurt the fishing, but it makes the fish act differently.

"The fish we caught Sunday morning were in 2 feet of water," Brown said. "They're predatory fish. If everything else goes shallow, they follow."

Brown's big fish so far this winter went 84 pounds. You can find Brown on Facebook at Backwoods Catfish Guiding Service.