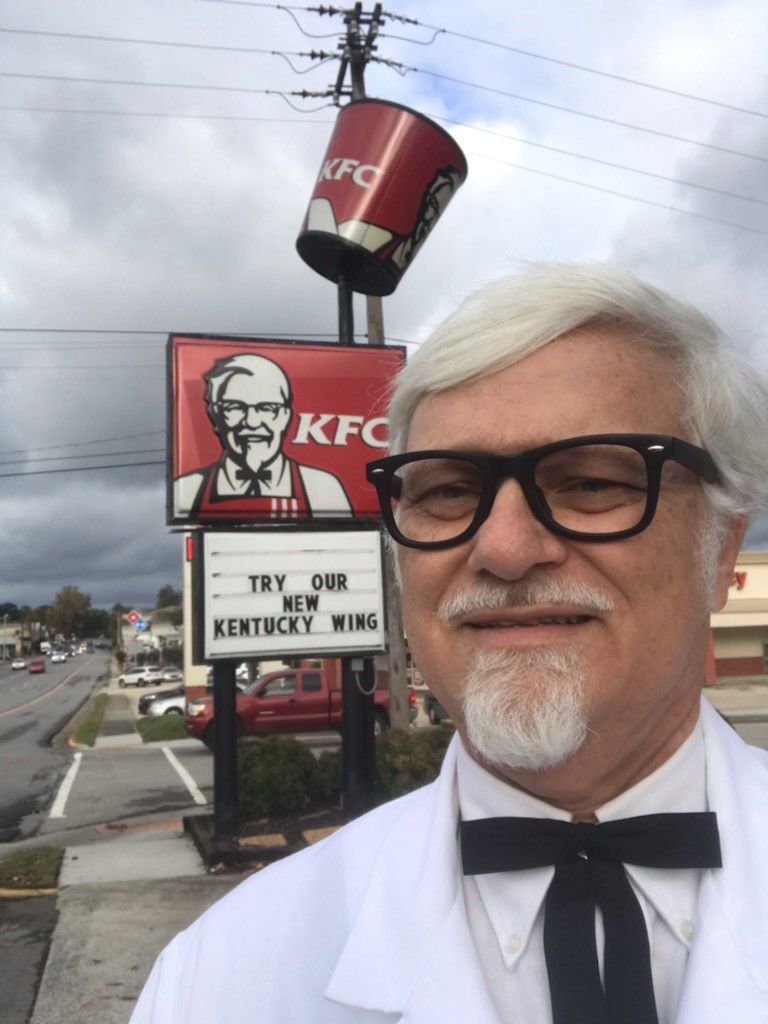 It wasn't the late Col. Harland Sanders who visited the Guntersville KFC on Halloween, but rather Rodney Cornelius, who bears a striking resemblance to the restaurant founder. 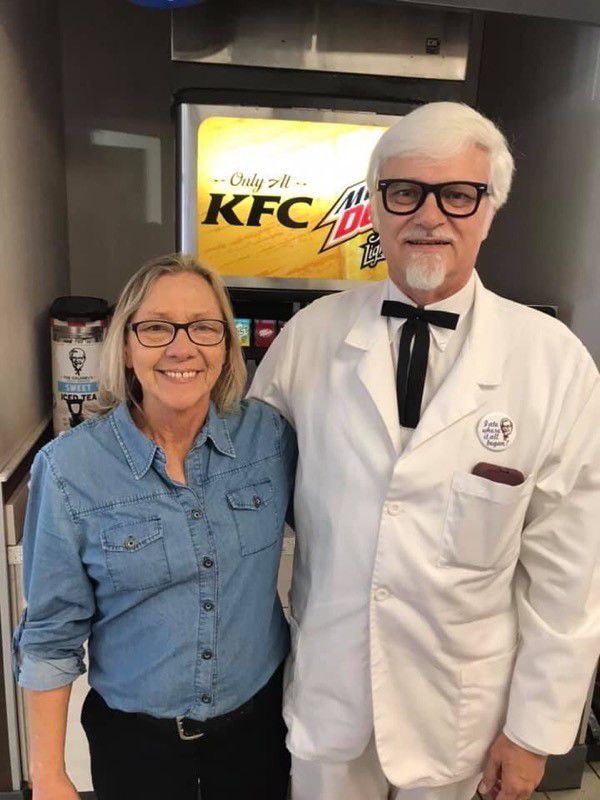 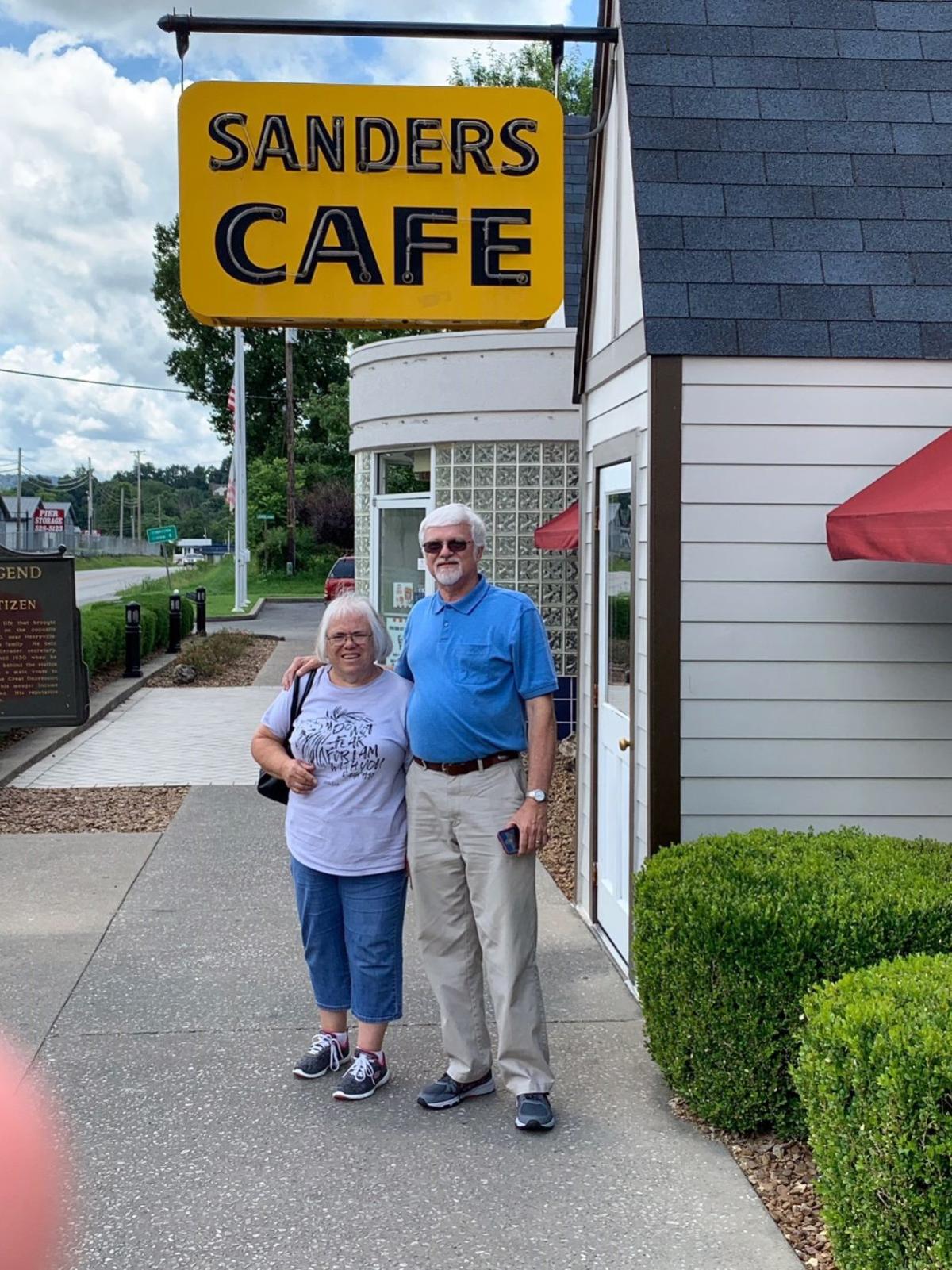 Rodney and Nancy Cornelius recently visited the restaurant in Corbin, Kentucky, where KFC was born.

It wasn't the late Col. Harland Sanders who visited the Guntersville KFC on Halloween, but rather Rodney Cornelius, who bears a striking resemblance to the restaurant founder.

Rodney and Nancy Cornelius recently visited the restaurant in Corbin, Kentucky, where KFC was born.

Rodney Cornelius of Rabbittown bears an uncanny resemblance to Col. Harland Sanders, the late founder of the Kentucky Fried Chicken franchise that now encircles the globe.

He decided to have a little fun with it on Halloween. Cornelius attends Solitude Baptist Church. A few years ago, pastor Joey Cannady of Solitude dressed as the Colonel for the church's trunk-or-treat.

Cornelius called and asked him if he still had the outfit. Cannady did and so Cornelius became Col. Sanders for Oct. 30 and 31.

He really made the rounds too.

He was the Colonel at Solitude's trunk or treat Oct. 30. Adults moreso than children remembered the Colonel and many asked to have photos made with Cornelius.

Then on Oct. 31, he visited both the KFC stores in Guntersville and Albertville, where managers and customers alike loved him. He stood outside the Guntersville store for awhile and waved at passers-by on busy Gunter Avenue.

"Every third car honked its horn," Cornelius said. "One guy rolled down the window and said, 'Finger licking good.'"

It didn't stop there, however. Cornelius' daughter works at Marshall Manor. Cornelius took a bucket of chicken to the nursing home for the residents. He was a hit there too.

Cornelius admits he trimmed his goatee just a bit to look more like the Colonel's. But he's resembled the chicken giant for years.

Cornelius enjoys eating KFC himself. He and his wife Nancy were vacationing back in the summer and stopped in Corbin, Kentucky, the place where KFC got its start.

"They have a museum and you can eat chicken there," Cornelius said.

He said it was fun being the Colonel, even if it was just for a few days at Halloween.