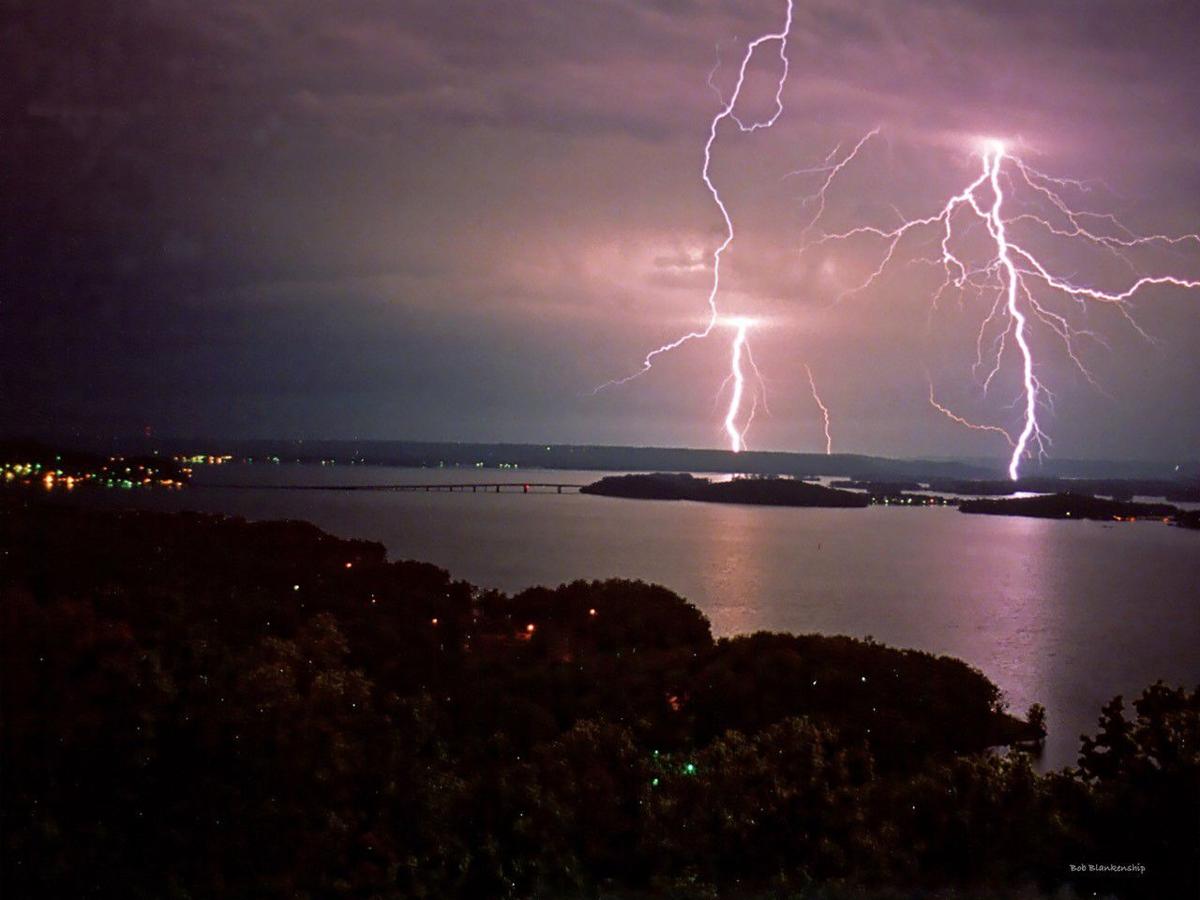 A lightning strike over Lake Guntersville is quite dramatic. Bob Blankenship has become a master at capturing the fury of local storms in photographs. 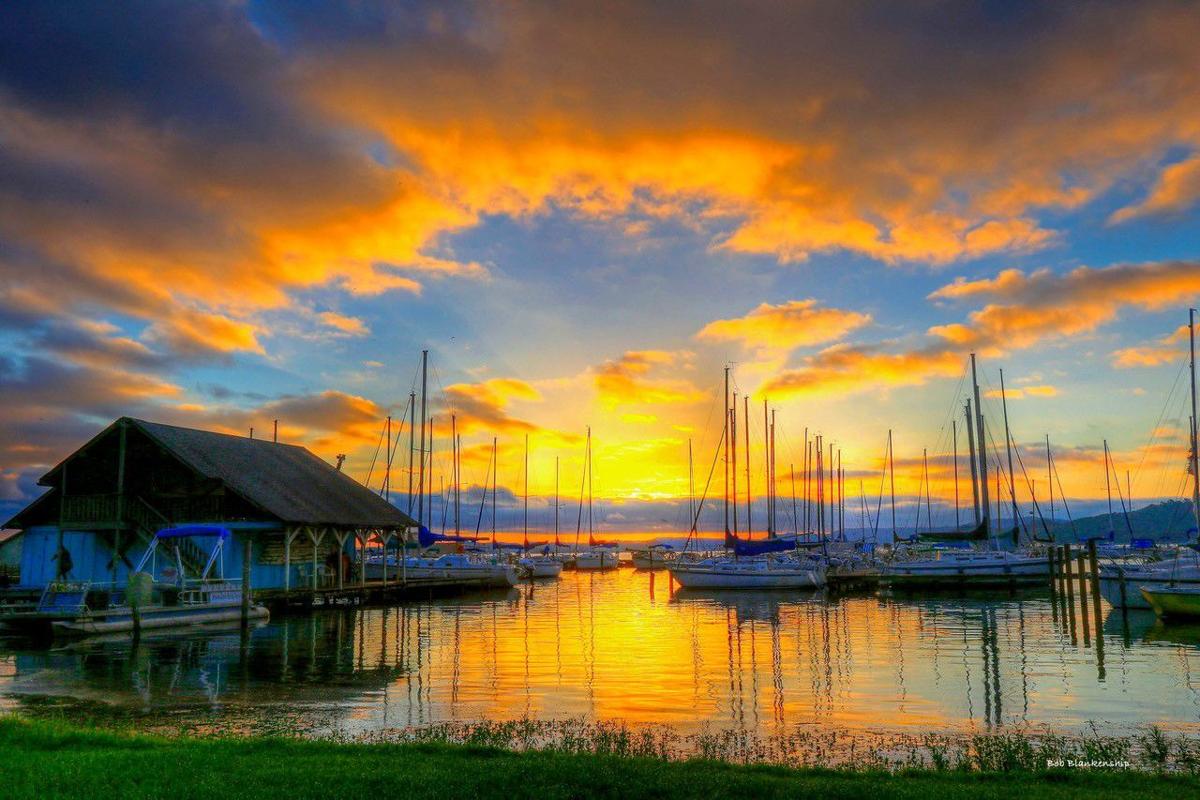 Sailboats at dawn made for a dramatic composition. This is the Browns Creek Sailing Marina. 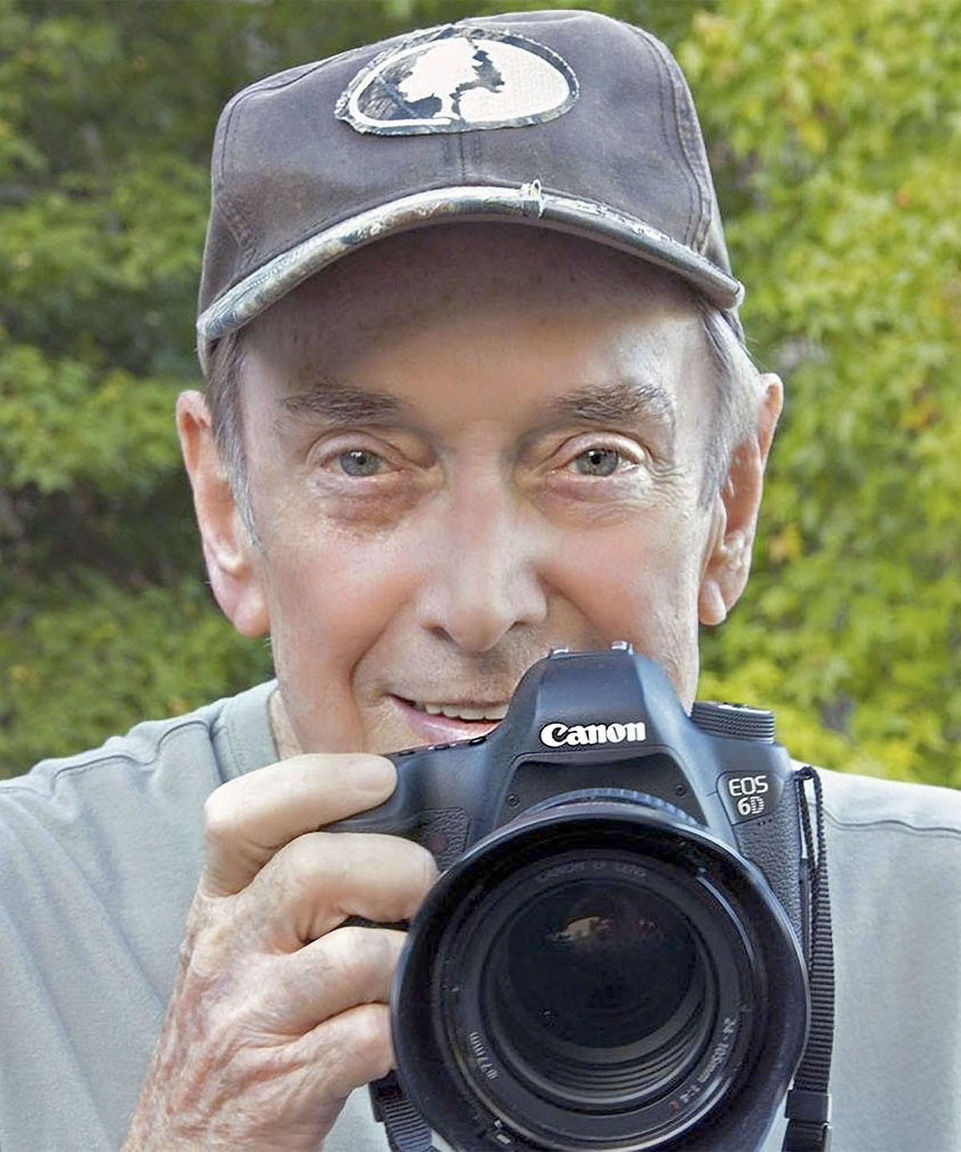 Bob Blankenship loves his work as a photographer. 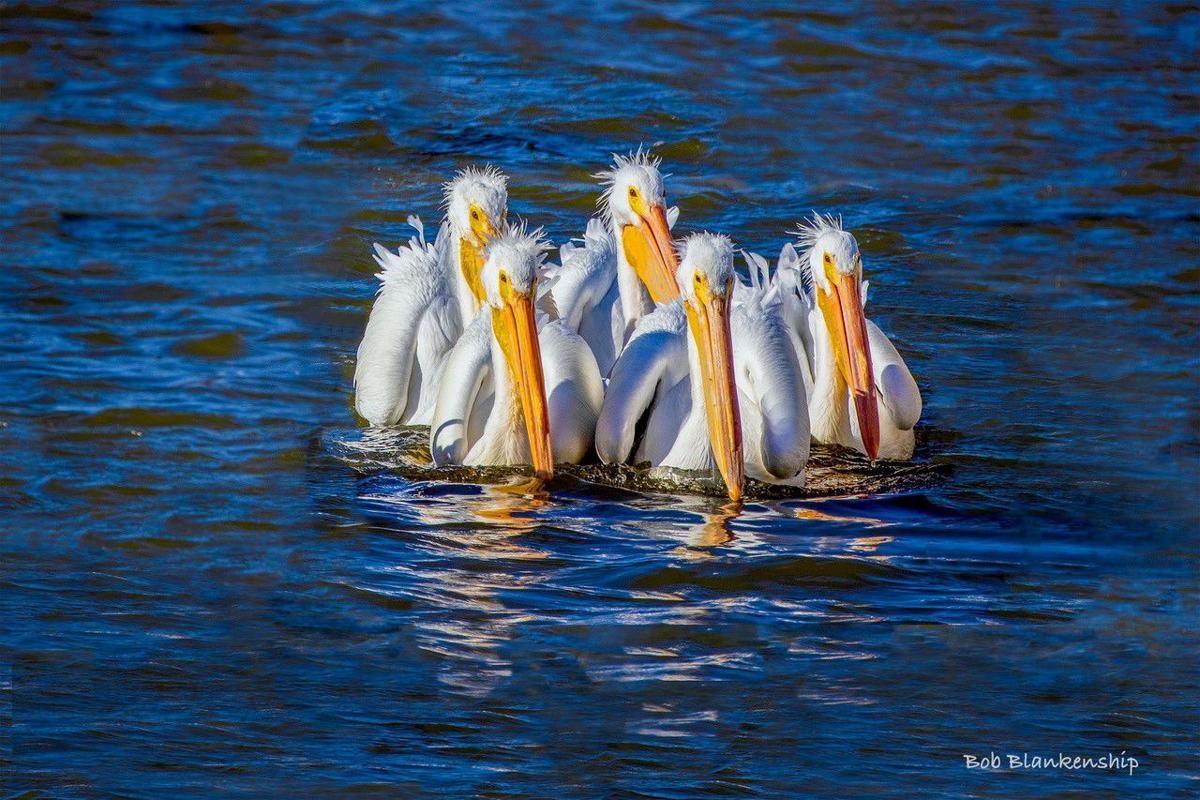 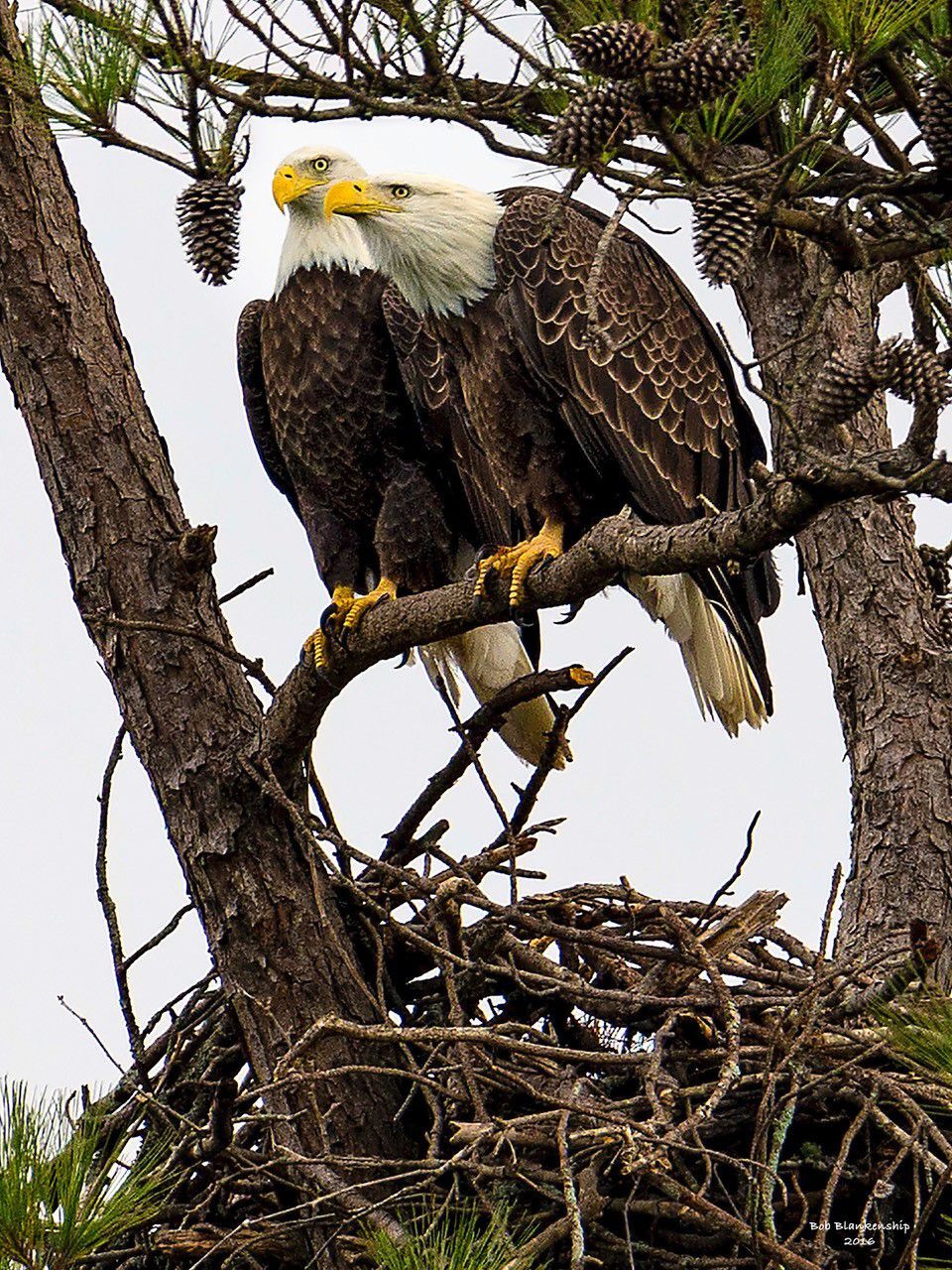 A pair of eagles stare out from their nest building as only eagles can.

A lightning strike over Lake Guntersville is quite dramatic. Bob Blankenship has become a master at capturing the fury of local storms in photographs.

Sailboats at dawn made for a dramatic composition. This is the Browns Creek Sailing Marina.

Bob Blankenship loves his work as a photographer.

A pair of eagles stare out from their nest building as only eagles can.

Bob Blankenship had worked in sales and as a contractor on the Arsenal and held various other jobs throughout his working life. But his last stop was working as a manager in a multimedia group that created video, audio and multimedia productions. It was a terrific experience for Bob as he learned a lot of skills that transferred to his new role as a photographer.

Bob loves yard work and he thought when he retired, he would spend a lot of time grooming his lawn. But there’s only so much you can do and after a couple months, that work was well in hand.

So, he picked up a new hobby, scenic photography, and he has found a new passion. He just loves what he’s doing.

“If I’d known I was going to have this much fun with it, I would have retired a lot sooner,” he said.

He photographs wildlife, sunsets, waterfalls, eagles, anything really that catches his eye. He’s quite good at what he does and his art decorates offices in Huntsville and here in Guntersville. His prints can be found in the gift shop at Lake Guntersville State Park as well as Downtown Vintage Market in Guntersville.

Bob and his wife Icle grew up in the area and raised their daughters Susan and Mary in Guntersville. But they worked in Huntsville and a daughter was living there and they moved there for 24 years or so, while still keeping close ties to Guntersville.

A funny thing happened during that stretch. He and James Dudley had bought side-by-side lots in Gunter’s Landing 25 years ago. Bob and Icle planned to build a home on their lot, but it didn’t happen before they moved to Huntsville. They ended up selling the lot and it changed hands another time or two while they were gone.

About the time they started entertaining the idea of returning to Guntersville, Bob was driving on Buck Island Drive when he noticed that his old lot was for sale again. No one had ever built on it!

“I called Icle and told her and she said, ‘I guess we’re supposed to be in Guntersville,’” he said.

They moved into their new home about a year ago.

Bob finds a lot of inspiration right around his home on Buck Island. His home looks out over the lake with a view of the river bridge and the city in the distance. He gets some terrific sunset shots from right there.

But he and his photographer buddies also like to take trips to shoot different areas of Alabama.

“Someone will find a new waterfall and off we go,” he said.

This week, they are planning to go shoot photos at a farm with over 200,000 tulips in full bloom.

He likes to go to High Falls when he can. He took a little spill there, right after someone had bragged on his new boots. It scuffed him up a bit and damaged his camera lens, but there was no permanent damage.

It was a reminder to him to be careful.

“I won’t go to some of the places now that I would go just 5 years ago to get a photo,” he said.

He and a noted Grant photographer, Donna Prickett, collaborate on some of their photo projects. They worked together to furnish local photos to Marshall Manor Nursing and Rehab.

Bob found a special satisfaction in that. The photos are of local places and many of the residents there recognize them.

“One woman said, ‘I know that spot, I used to fish there when I was a little girl,’” Bob said.

He has been told the residents get a great deal of enjoyment from the large canvas prints.

Bob shoots a Canon mirrorless camera and for some landscape scenes he shoots HDR. That stands for high dynamic range.

“It actually takes 3 pictures, one with the proper exposure, one that is underexposed, and one that is overexposed,” Bob said. “The software I have puts the 3 photos together.”

Bob’s reputation as a good guy and a great photographer has helped him to get permission to access private property that other people might have trouble getting. And he gets some unique photographs with that access as well.

He has a Facebook page where he shares a lot of his photos. His top sellers at the State Park gift shop are eagles, as you might imagine, since the park is known for its Eagle Awareness programs. He has a variety of different photos at Downtown Vintage Market.

Years ago, when he was shooting film, his friend Buddy Taylor taught him how to shoot lightning strikes. He has some distinctive photos of lightning over the lake that have been good sellers.

He set up a camera on his deck last year and got the strong storms that passed through Guntersville in January. He captured the lightning strike that hit Lynn and Janet Selvage’s house and caught it on fire.

“They wanted the picture when they found out I had one,” he said.

While nature and scenery are his primary subjects, occasionally he gets talked into taking pictures of people. He does birthday parties, anniversary celebrations and things of that nature, but never weddings.

Weddings are just too much, he said.

“It’s the most stressful day in the lives of that couple,” he said.

When he’s not enjoying his photography hobby, he loves spending time with his family, especially his grandchildren.