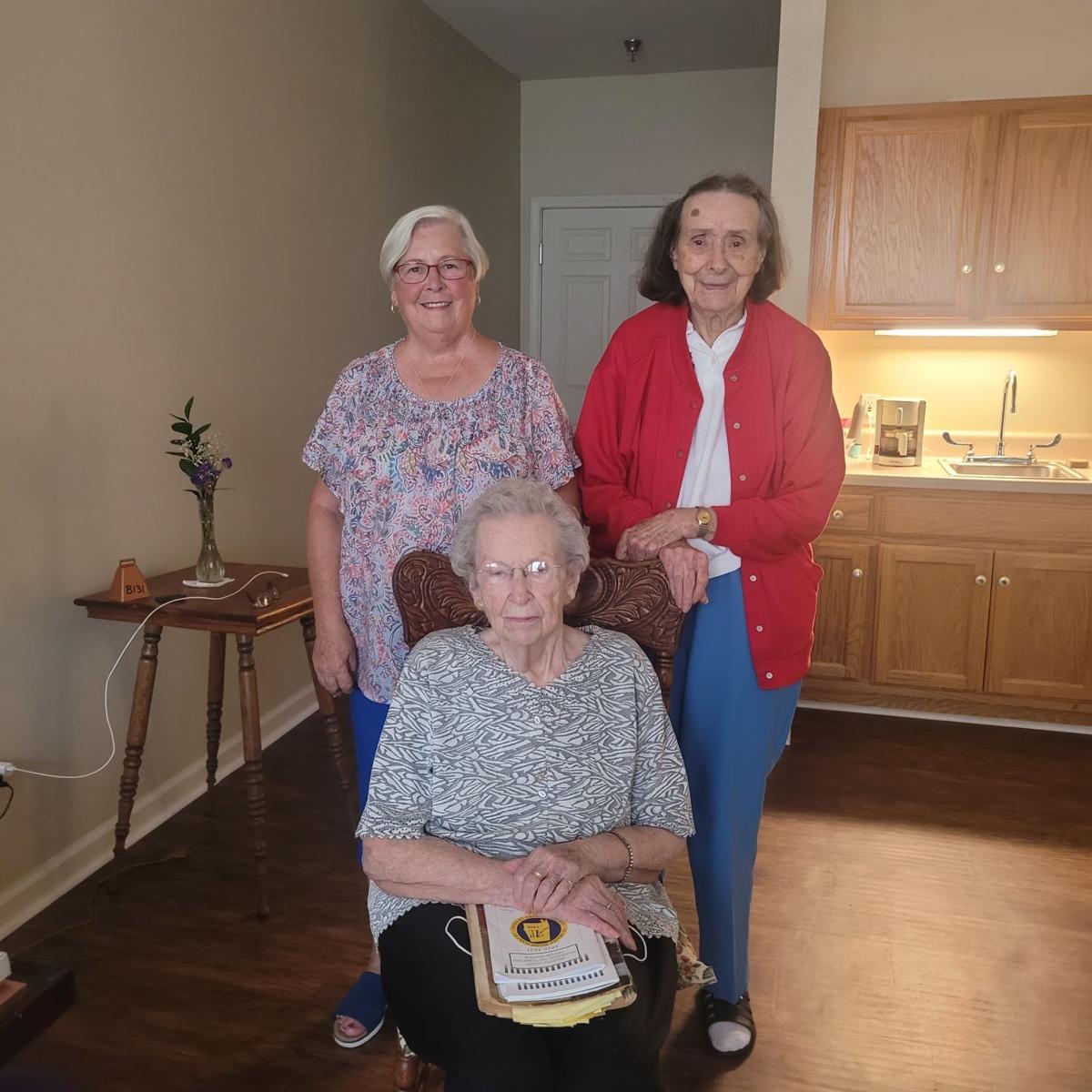 The High Point Homemakers are proud of the history of their club. Seated is Sue Moman, who has been a member for over 70 years and has also held numerous county and state titles. In back are current president Janelle Cobb (left) and current vice president Martha Frances Foxx. 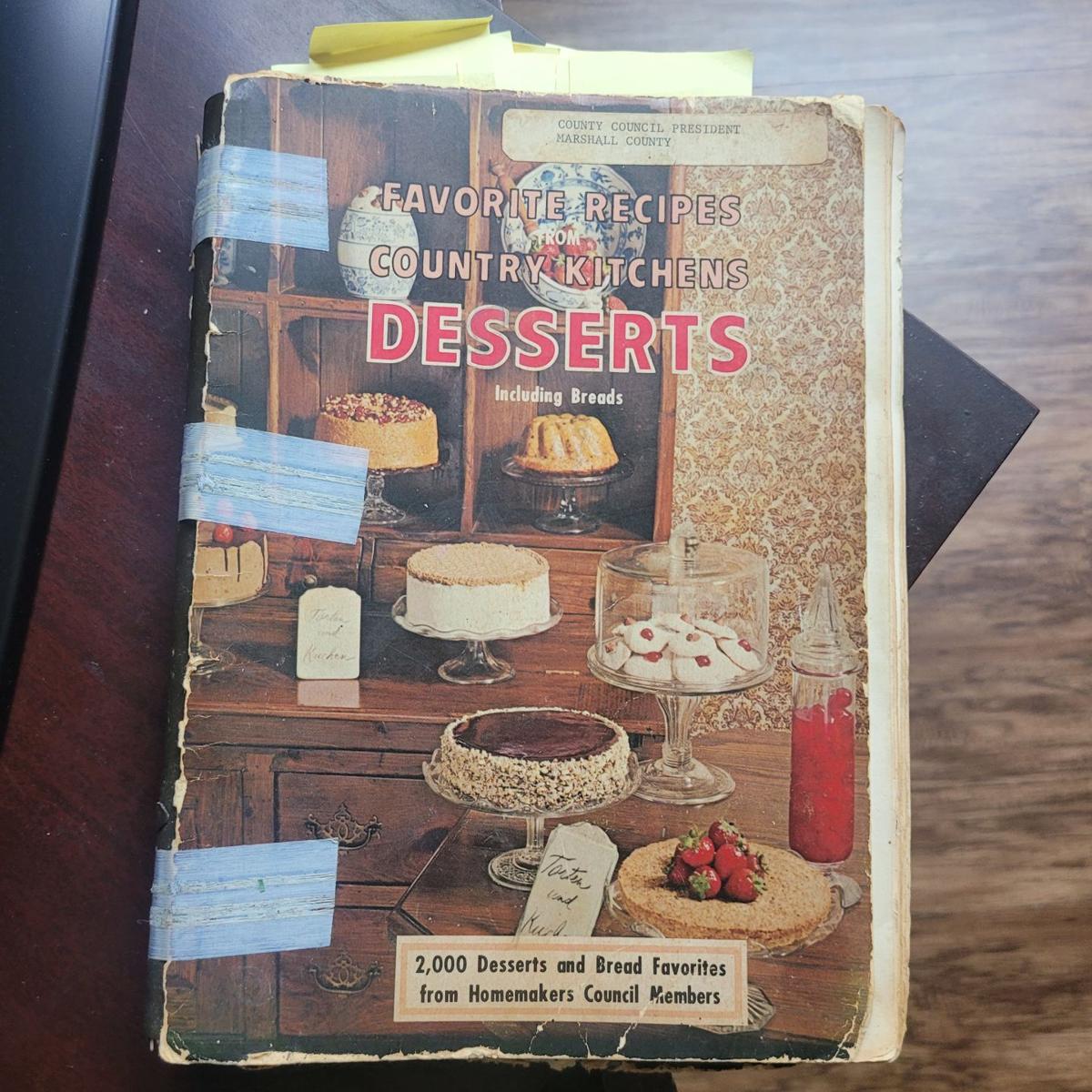 A cookbook, from past Homemaker presidents, is still used today, although they are no longer made. 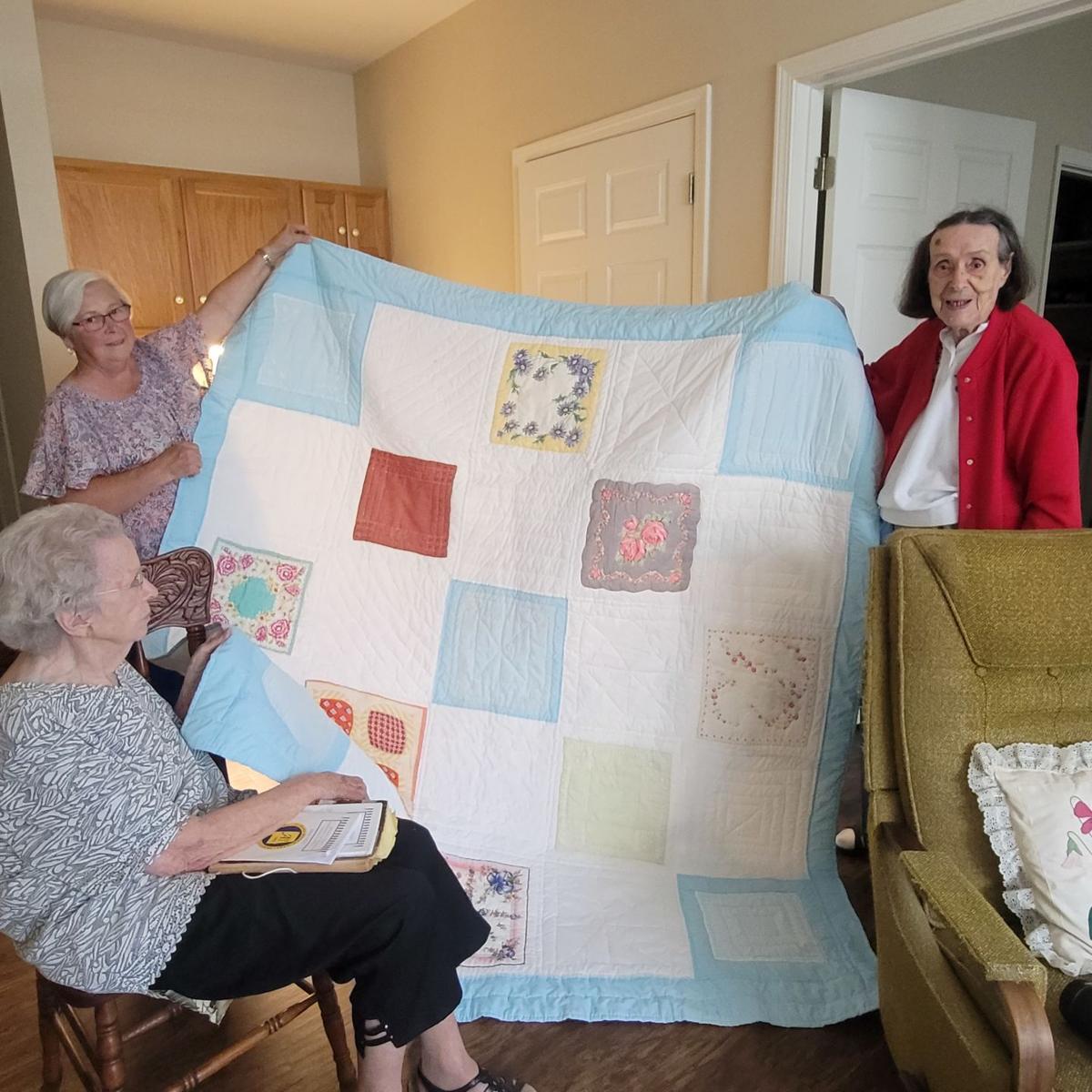 This homemade blanket was made by 96 year old Sue Moman, who is the oldest member of the High Point Homemakers Club.

The High Point Homemakers are proud of the history of their club. Seated is Sue Moman, who has been a member for over 70 years and has also held numerous county and state titles. In back are current president Janelle Cobb (left) and current vice president Martha Frances Foxx.

A cookbook, from past Homemaker presidents, is still used today, although they are no longer made.

This homemade blanket was made by 96 year old Sue Moman, who is the oldest member of the High Point Homemakers Club.

The High Point Homemakers Club is one of the oldest, still active homemakers clubs in the state of Alabama and one of only two clubs left in Marshall County. The Marshall County club is a subdivision of the Alabama Homemakers.

First forming back in 1938, each member of High Point has fond memories of when they started their journey with the club and to the meaning behind it today.

Sue Moman, who has been a member for over 70 years, is currently the oldest active member. She first joined when she was 24 but attended meetings as early as age 5.

Moman has held every office in the club including local, county and state, except state treasurer.

"I don't think anyone who doesn't keep their checkbook balanced needs to be state treasurer," she joked.

At a young 96 years old, she remembers one of her first experiences with the club.

"The first club I ever attended, my mother didn't drive and she got my father to take her in to learn how to can chicken," she said. "Then they asked her, why don't you organize a club in your county and invite your neighbors in? So, the first club I remember going to was when I was about 5 years old and a Home Demonstration Agent taught them how to use a measuring cup. Women didn't have measuring cups back then."

Moman recalls what her mother would say about measuring.

"She said to use the same size cup for everything in the recipe and it would come out right. If she used a different size cup, it wouldn't come out right and I remember her doing that."

"I went with her sometimes to meetings and then my daughter, Lindsey Cobb, went to some meetings with my mother too, as a little girl," she said.

Cobb, who officially joined in 2013, doesn't want people to be misinformed about coming or joining the club.

"Some people think that they have to know how to do crafts but that's not all of it either. We have very informative programs about all different sorts of things. Really something for everyone," she continued. "We have charities and things in the community that we work with. So, it's not just gluing something together. It's just a misconception by a lot of people that we want to fix. It's really a great group and we would love to grow members."

"My mother was a member in Whitesville when I was growing up ," she said. "We were acquainted with the Douglas and High Point Clubs. The ladies in my community decided to start one and we lasted 8 or 9 years. After they disbanded, I joined the Douglas Club and after it disbanded, I went to High Point."

Foxx says one of her fondest memories is from a state meeting in Eufaula.

"I don't attend many now but one that I really enjoyed was when we toured homes there," she recalled. "I was fortunate enough to be able to play a piano in one of the antebellum homes."

Foxx says they have educational programs that cover just about everything.

"We have all learned a lot with that. Our meetings are informative and enjoyable. And we just have a good time when our club meets."

The club has done several community projects through its years, including a yearly yard sale for a scholarship, making bags for Hospice, raising funds for a bench for the Douglas Senior Center and much, much more.

The High Point Homemakers Club meets the first Monday at 1 p.m. at the Douglas Senior Center for anyone interested in joining.