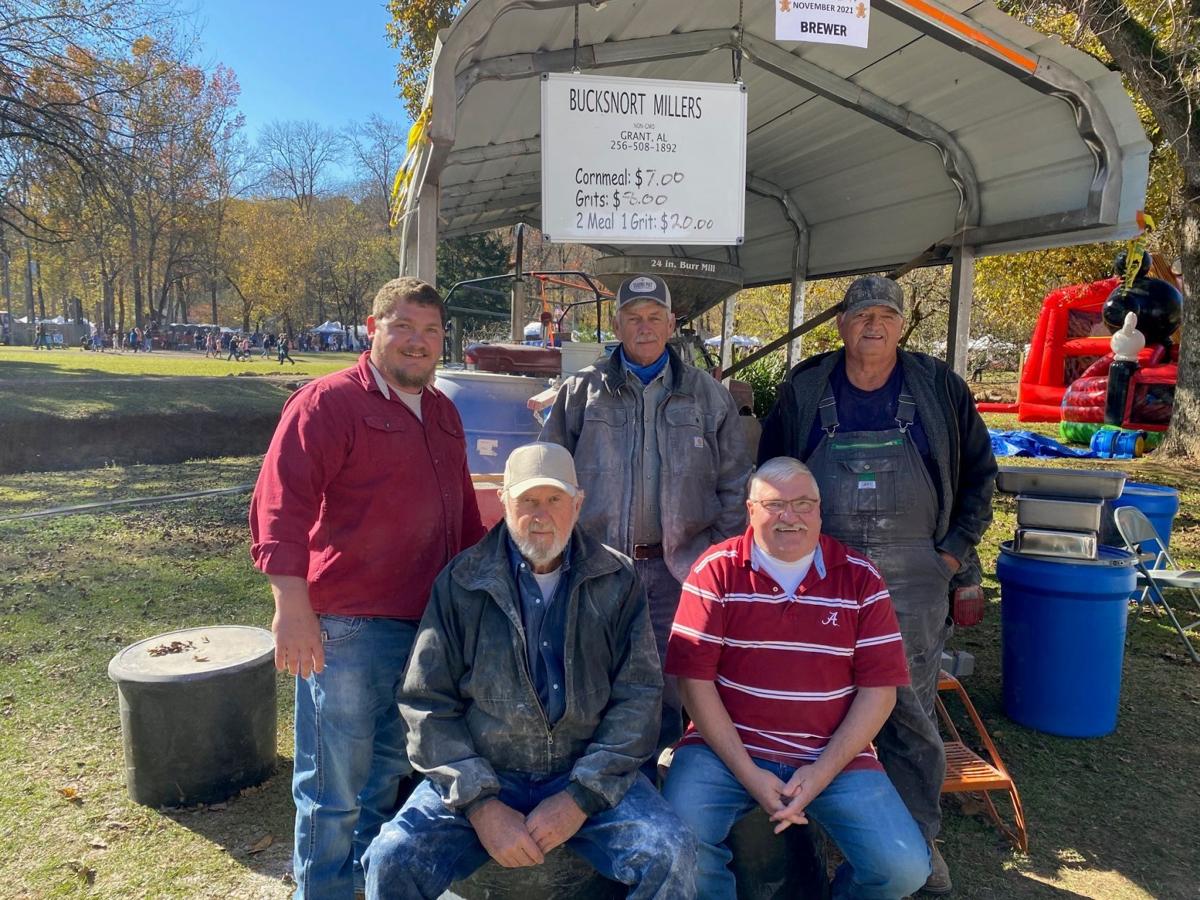 The Bucksnort Millers are, from left, Front: Burwyn Brewer and Gary Lewis; Back: Eric Key, Bob Davis and Bobby Lewis. 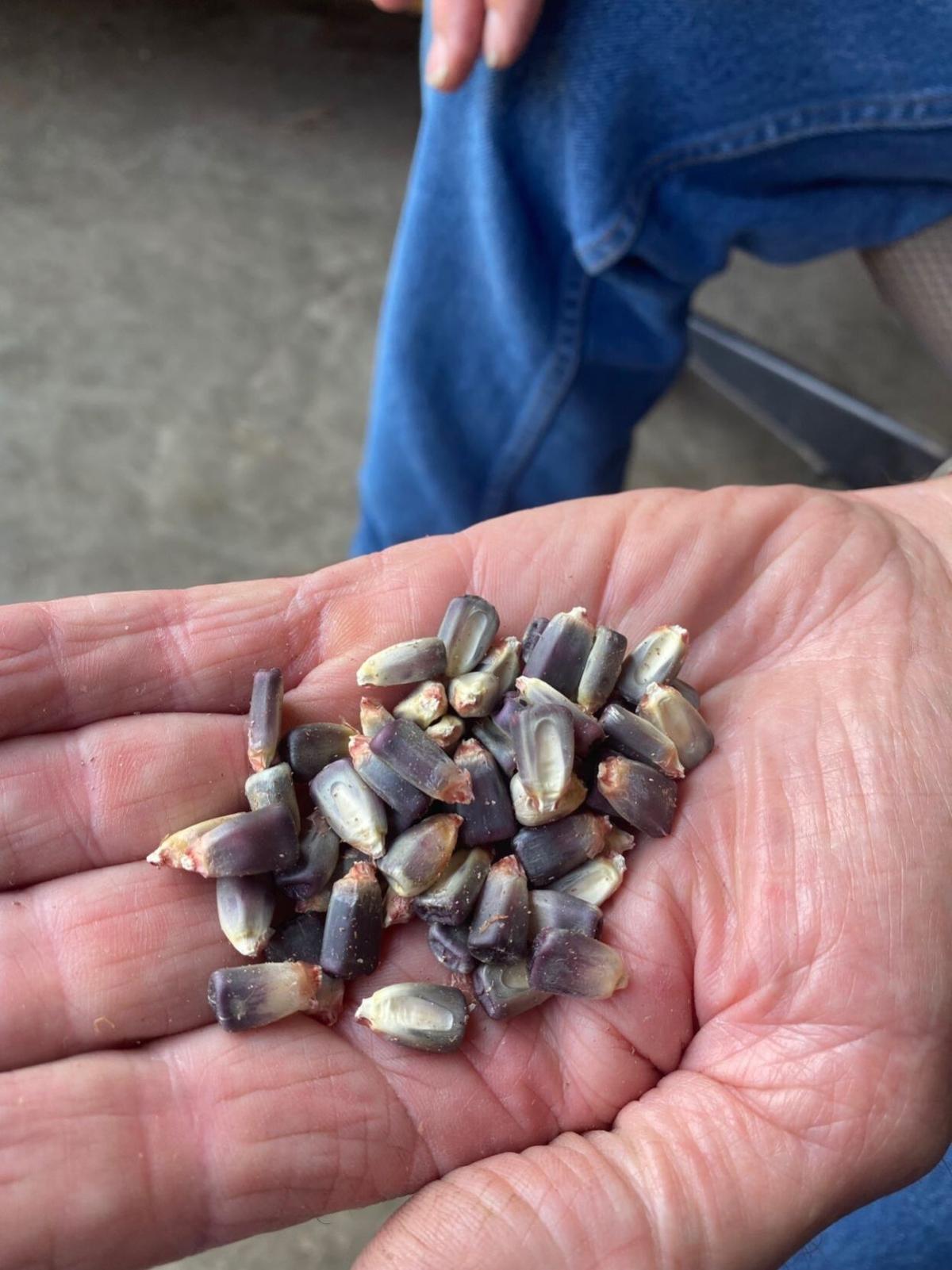 The Bucksnort Millers grow and then mill very old varieties of corn, varieties that date back 100 and even 200 years. 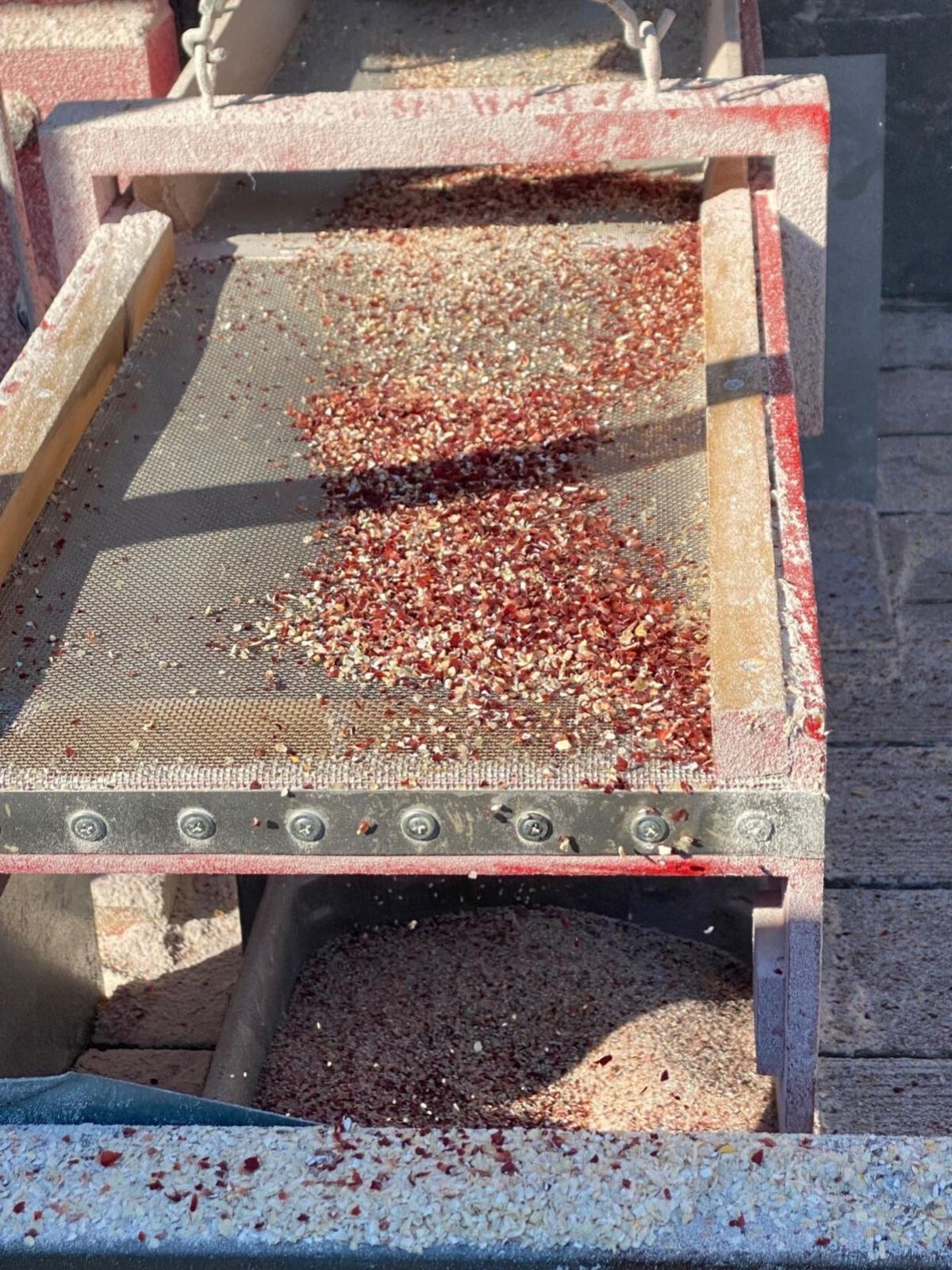 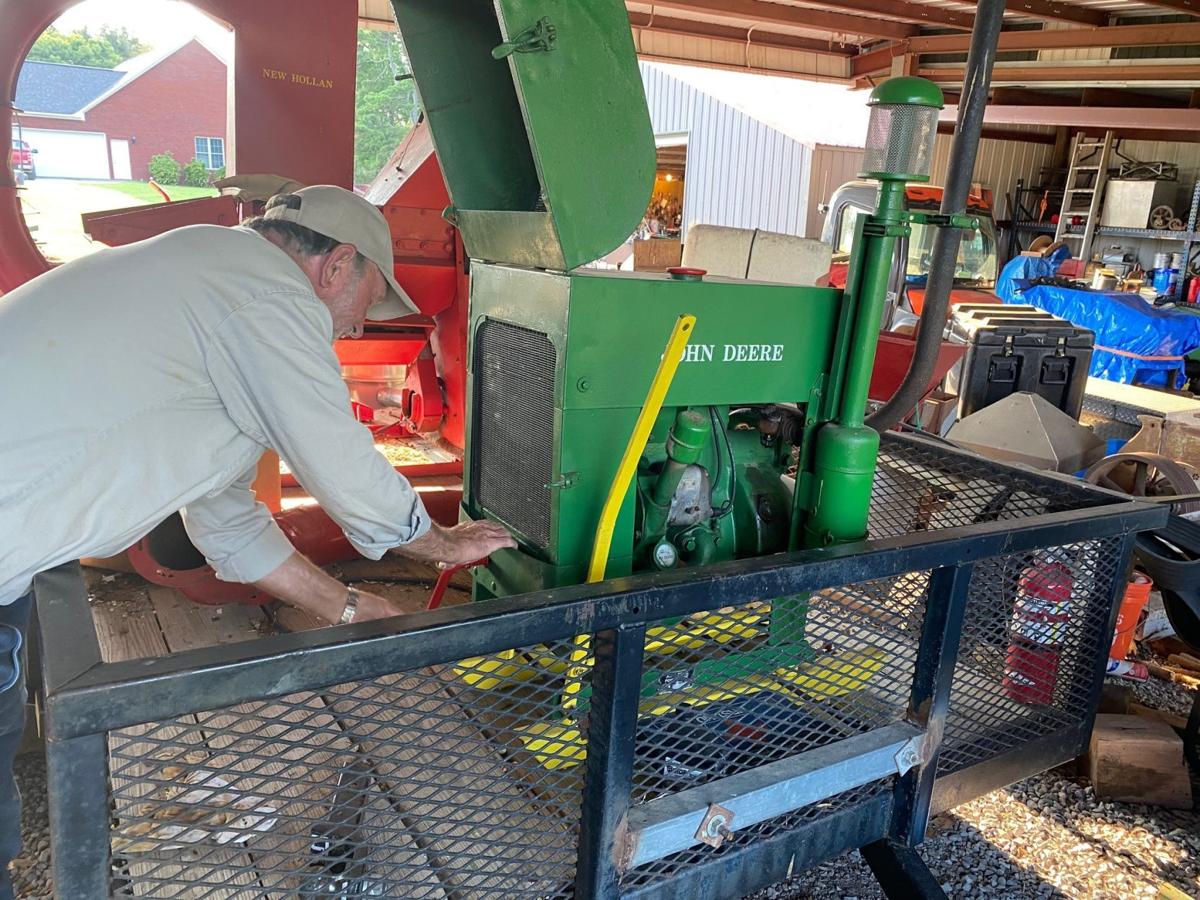 Burwyn Brewer fires up an engine that powers one of the grist mills.

The Bucksnort Millers are, from left, Front: Burwyn Brewer and Gary Lewis; Back: Eric Key, Bob Davis and Bobby Lewis.

The Bucksnort Millers grow and then mill very old varieties of corn, varieties that date back 100 and even 200 years.

Burwyn Brewer fires up an engine that powers one of the grist mills.

Gristmills – the mills used to grind corn in pioneer days – were an important part of Americana. In early American history, farmers brought their corn to the community gristmill to be made into cornmeal and grits. It was how they fed their families.

A group of men at Bucksnort, the rural community east of Grant in northern Marshall County, are keeping the gristmill tradition alive.

They’re not just grinding any old corn either. Through the years and through sources they’ve met while out grinding corn, they raise and then grind very old varieties of corn. Many of the varieties date back100 or 200 years old or even longer. They have names like Cherokee White Eagle, Bloody Butcher, Luna, Hoppe Blue and some very old varieties of Mosby.

Chefs here in Marshall County and in Huntsville have heard about the millers and seek out their product.

“It’s a high quality product,” Burwyn said. “We’re doing a service for people who like this product.”

We’ve visited with the Bucksnort Millers both at Burwyn’s residence and recently at Homestead Hollow, a big festival grounds with events put on several times a year near Springville.

The millers sold $4,000 worth of cornmeal and grits in one weekend once at Homestead Hollow. But it’s not at all about the money with this group. They split the proceeds among the group, depending on the number of days they worked. Burwyn usually finds someone to donate his cut to and the guys often follow suit.

It’s clear that Burwyn values the things from yesteryear and keeping the heritage alive. He knows the back story on every variety of corn they grind and the history means something to him.

“The story is the Cherokees took this corn with them on the Trail of Tears in 1836,” Burwyn said. “They’d crack a little of this corn, eat it and then drink some water. It kept them from starving and the water would cause it to swell in their bellies and keep them full.”

For the past several years, the men have grown the various varieties of corn themselves on Gunter Mountain. They have recruited some Amish farmers in Tennessee to help them with the growing next year.

“It’s going to take a lot off of us,” Burwyn said.

The old varieties of corn have not been genetically modified, so the Bucksnort Millers can save the seed from one year to the next.

Burwyn said they couldn’t do what the do without Bobby Lewis. He’s the group’s chief mechanic who keeps the old engines on the various gristmills purring like a kitten.

“We just feel blessed to get to do this,” Burwyn said. “We’ve met a lot of great people because of this.”

“I wasn’t interested in it myself for 40 years,” he said.