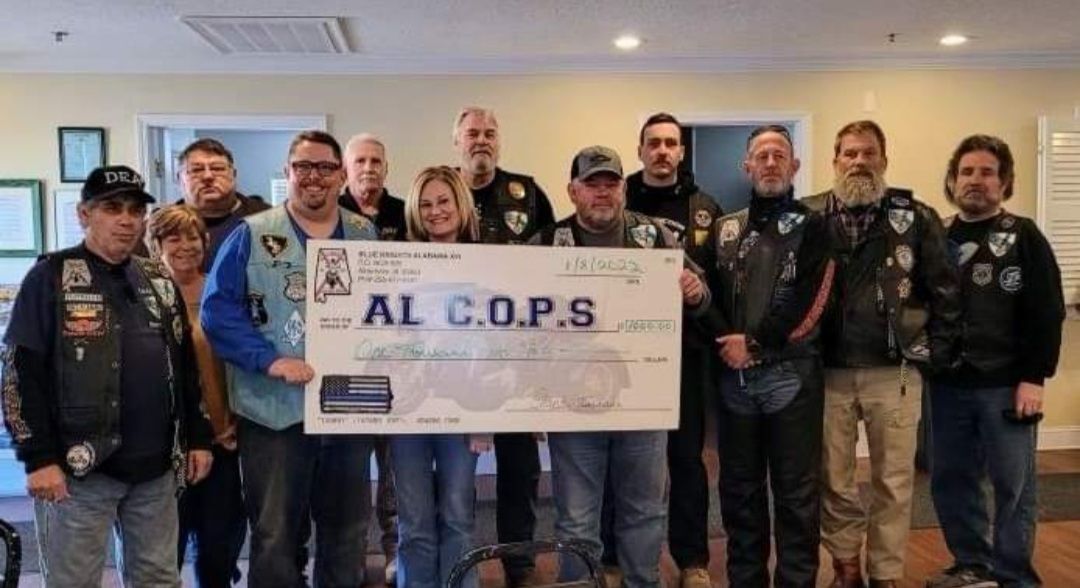 The C.O.P.S. Polar Bear Ride Saturday raised $1,000 for the survivors of police officers killed in the line of duty. 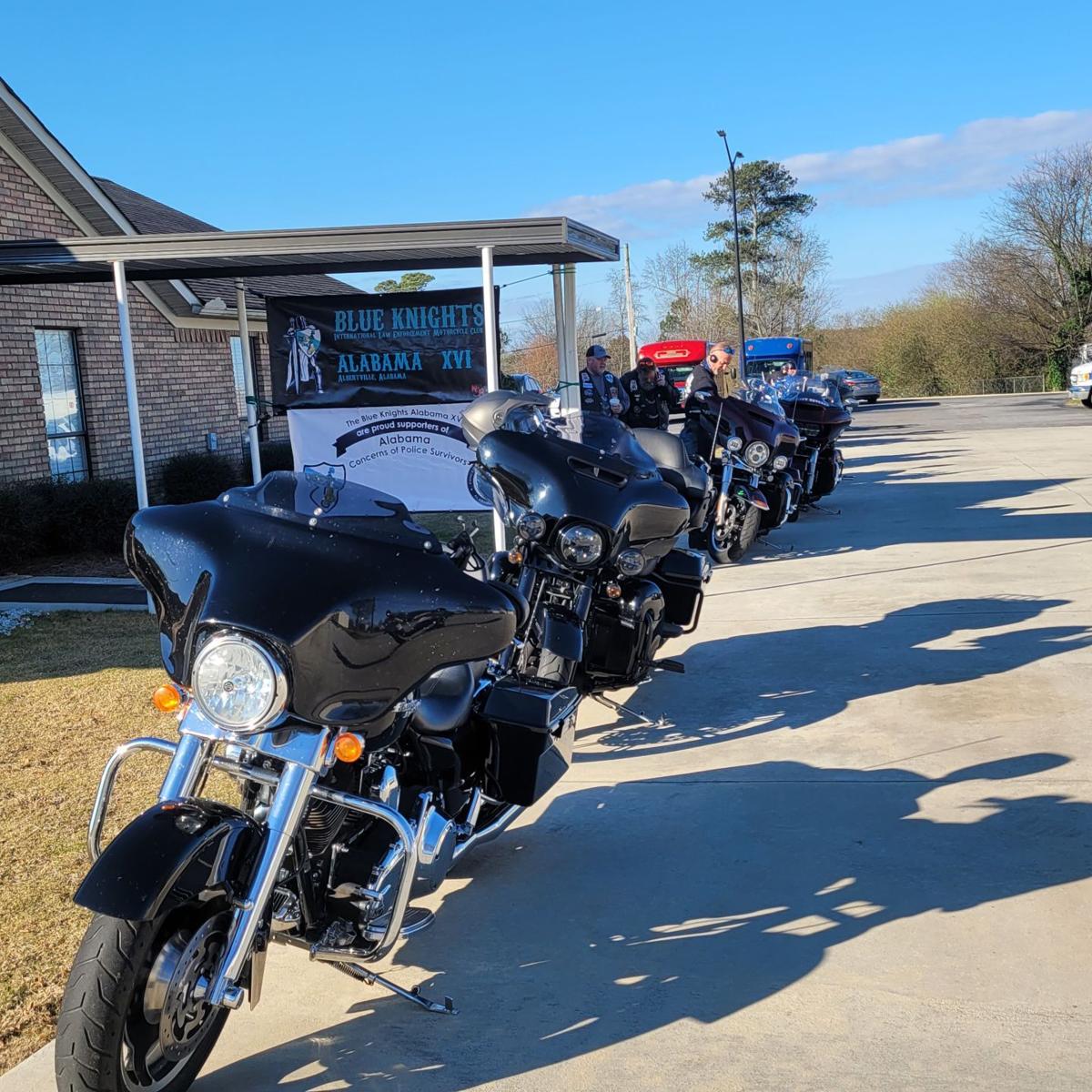 Motorcycles line up for the Polar Bear Ride. 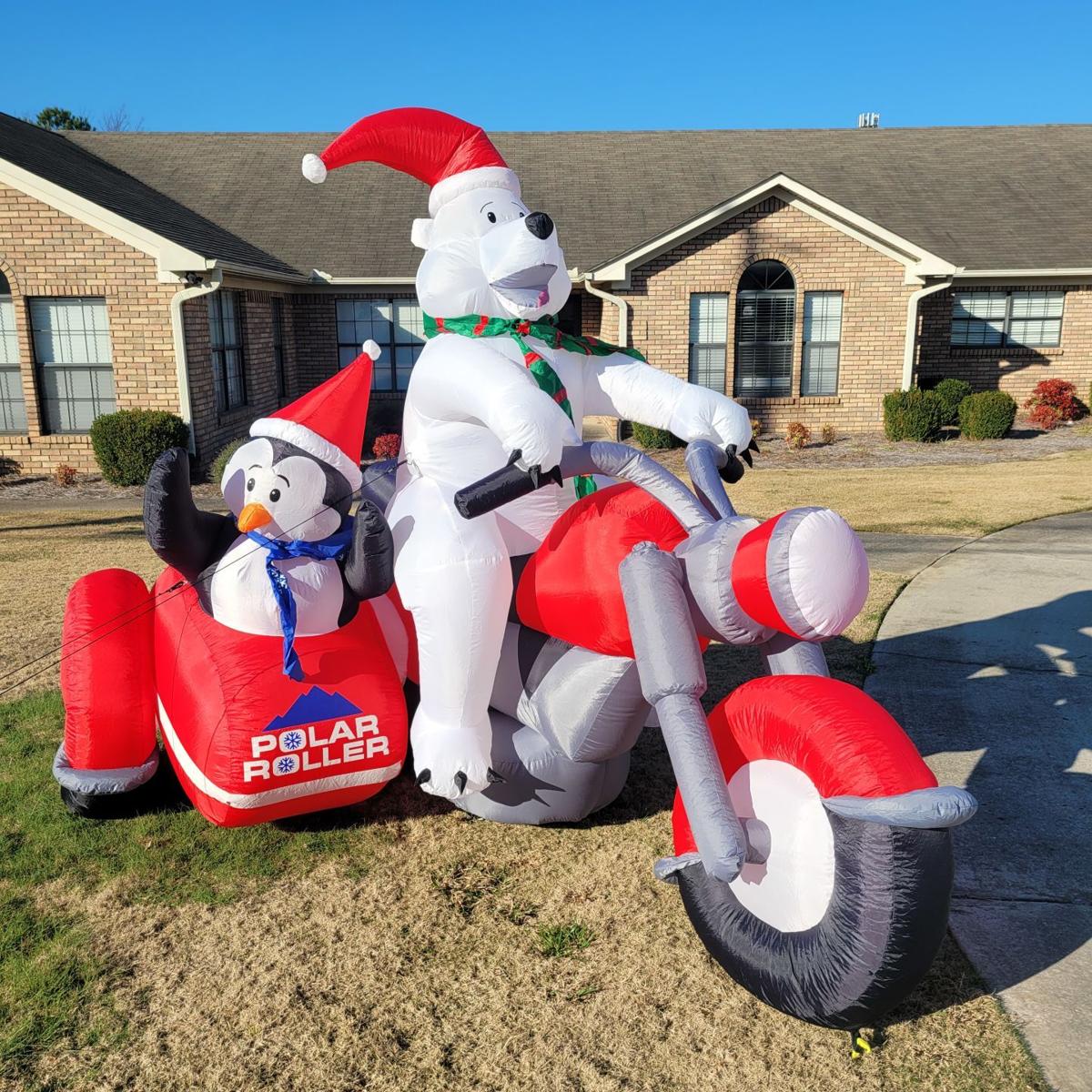 This polar bear riding a motorcycle marked the start of the Polar Bear Ride.

The C.O.P.S. Polar Bear Ride Saturday raised $1,000 for the survivors of police officers killed in the line of duty.

Motorcycles line up for the Polar Bear Ride.

This polar bear riding a motorcycle marked the start of the Polar Bear Ride.

Dozens turned out on a chilly Saturday morning to raise money for families of fallen police officers by riding in the 6th annual Polar Bear Ride.

Kickstands went up at 11 a.m. and with an Alabama State Trooper escort, the ride took off from the Albertville Senior Center, down Hwy 75 S, to Walnut Grove, Boaz and then back through Albertville.

The benefit ride raised money for the Alabama Concerns of Police Survivors, an organization that helps families of officers who were killed in the line of duty in the state.

"This is pretty important to me because I've had friends killed in the line of duty and I've seen the impact it's had on their families," said Christopher Pearce, who is a Sergeant at the Marshall County Sheriff's Department. "The ones who really suffer are the families. If there is anything I can do to try and help them I want to try and do it as much as I can."

Pearce is thankful for everyone who comes together to make the event a success year after year.

"We had a completely police escorted ride and are very appreciative of all our fellow officers who showed up to support it," he continued. "It's just really great and means a lot to me."

Jimmy and Debbie Garner came in from Sylacauga to be a part of the ride.

"We want to help raise money for the C.O.P.S.," Debbie said, who is a police officer herself.

The Garners have also had family members in Louisiana killed in the line of duty.

"My sister is a member of the C.O.P.S. in Louisiana," said Jimmy. "Her husband had just got on the job and he was shot by one of his trainers. It was an accidental shooting. So, unfortunately, we know how important this is."

The Arab Blue Knight Alabama XVI motorcycle group were also a major supporter of the event.

Tim Clardy Sr., father of slain Huntsville Police Officer Billy Fred Clardy III, who was killed in the line of duty in 2019, was also a guest speaker.

The fundraiser raised $1,000 for the Alabama Concerns of Police Survivors.