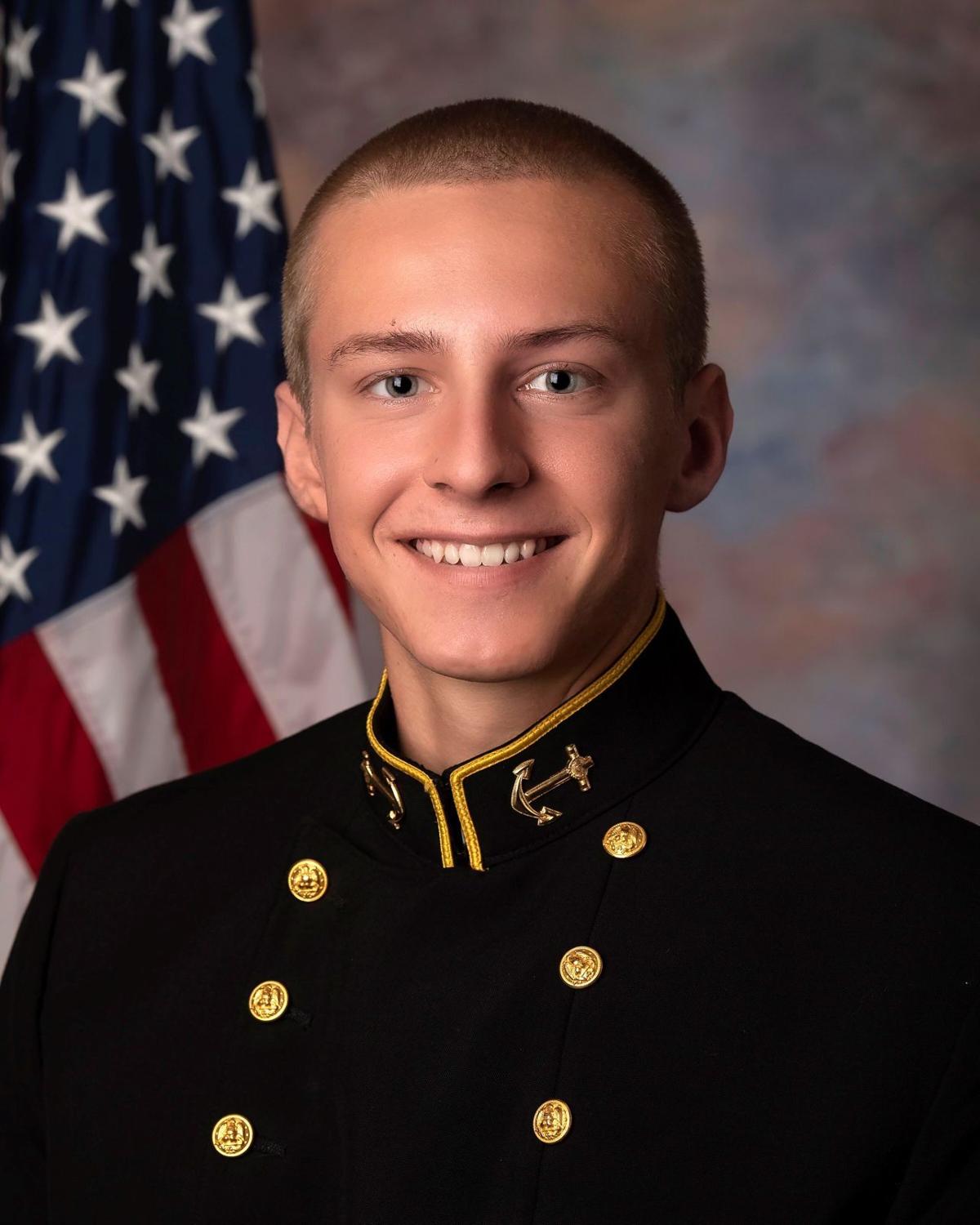 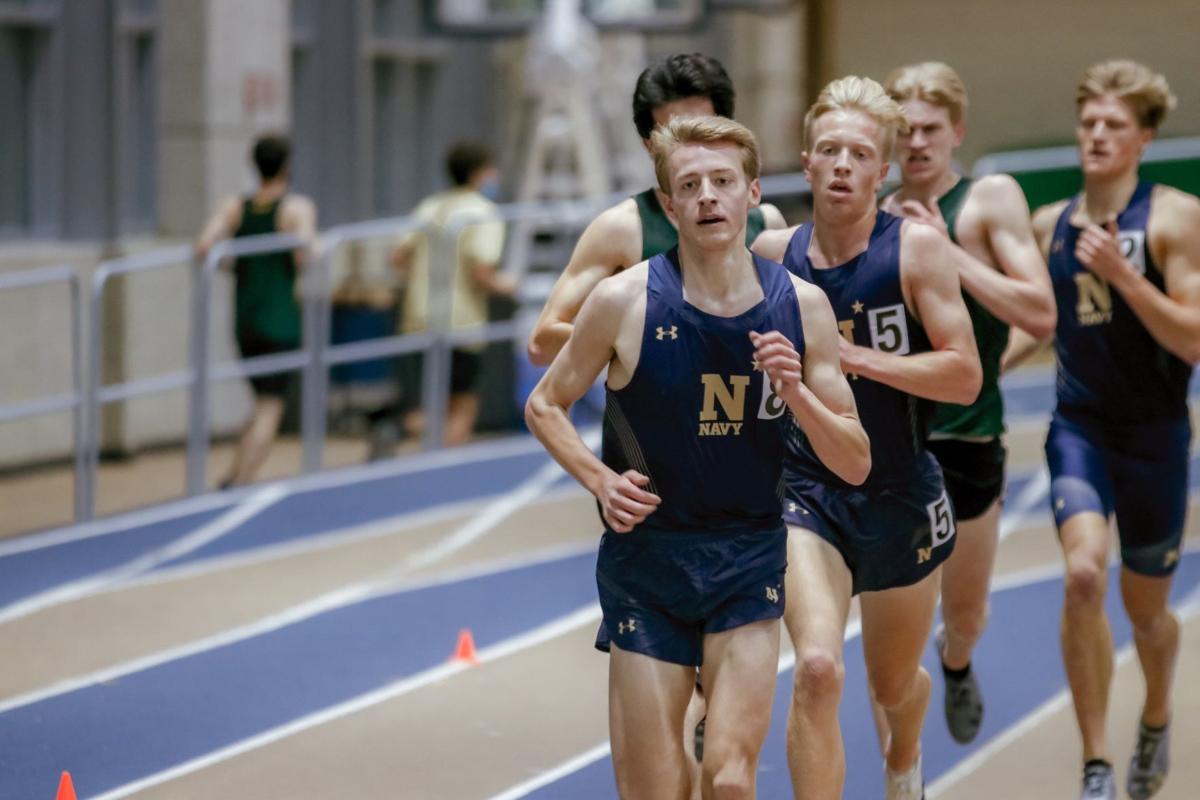 Just like at Guntersville, Sam runs track and cross country at the Naval Academy. He's pictured competing in an NCAA indoor event this past winter. 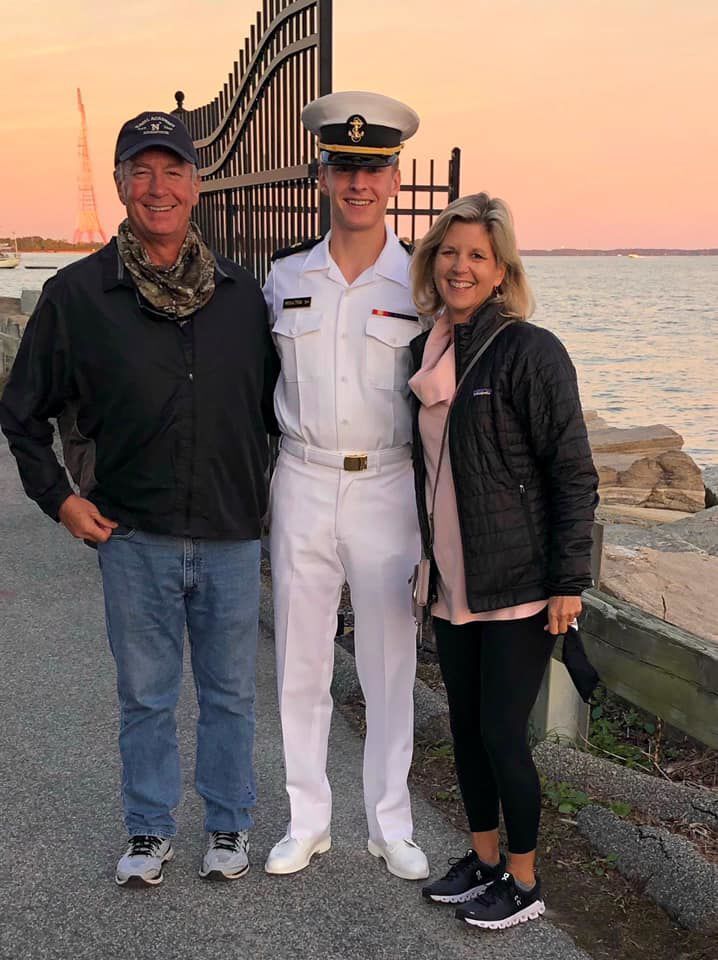 Sam started his academic career at Navy in July. This past fall his dad, Steve, and mom, Julie, visited him in Annapolis and took in the sights of the Chesapeake Bay.

Just like at Guntersville, Sam runs track and cross country at the Naval Academy. He's pictured competing in an NCAA indoor event this past winter.

Sam started his academic career at Navy in July. This past fall his dad, Steve, and mom, Julie, visited him in Annapolis and took in the sights of the Chesapeake Bay.

In a statement released by the Naval Academy, it was stated that Sam has been the example of an excellent Midshipman both last semester and this semester.

According to Sam’s dad Steve, the award is given based on grades, involvement in extracurricular activities and performance on professional knowledge tests about Naval history.

“This isn’t anything you apply for it’s just given to a specific Midshipman,” Steve said. “His mother Julie and the rest of the family are very proud of him for receiving this kind of recognition.”

Moultrie runs track and cross country at Navy. The upcoming season will be limited due to COVID-19 restrictions.

The statement released by Navy about Sam went on to say, “Moultrie aspires to improve himself every day. He holds himself, and his classmates, to a high standard in regards to COVID policy and Plebe (a new cadet) expectations. He’s not only an excellent Plebe, but Moultrie also balances these accomplishments with his obligations as an athlete on the varsity cross country and track team. He has the drive to not only be an excellent athlete but also an excellent Midshipman – something everyone should aspire to embody during their time at Navy.”

Moultrie moved to Annapolis in July. According to his dad, he went through a month of boot camp and began school in August.

Steve said Sam got to experience one of the most storied traditions in all of American sports when he attended the Army vs. Navy football game at West Point.

“He’s liked being up there so far,” he said. “He’s got a lot of people around him that he enjoys and he’s thankful to still be running competitively. It’s definitely a grind between school and running but he’s doing well.”

The Midshipmen cross country team competed in the Patriot League Championship in Easton, PA last week. The NCAA cross country championships will be held on March 15 in Stillwater, OK.