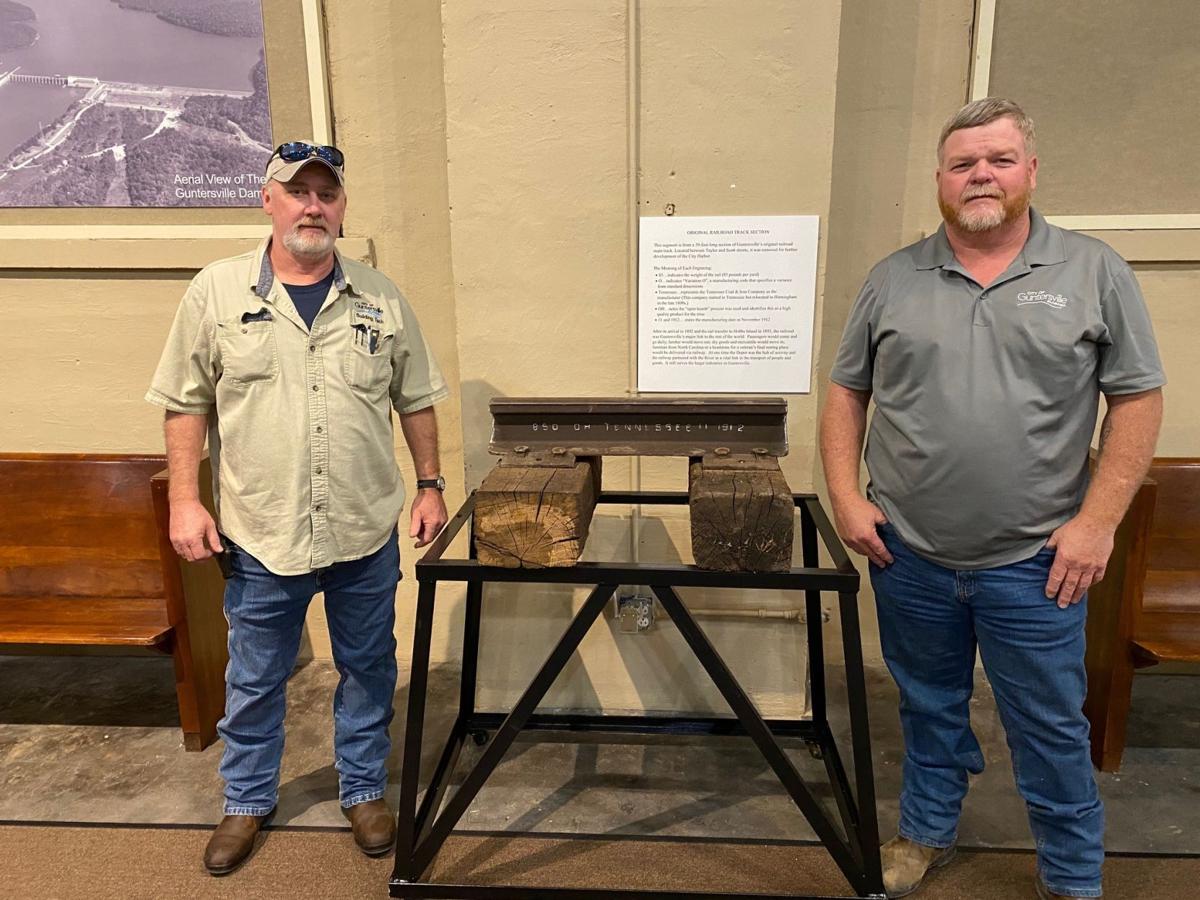 Jimmy Blakely and Charlie Minor are shown with a section of railway saved for the Guntersville Museum. 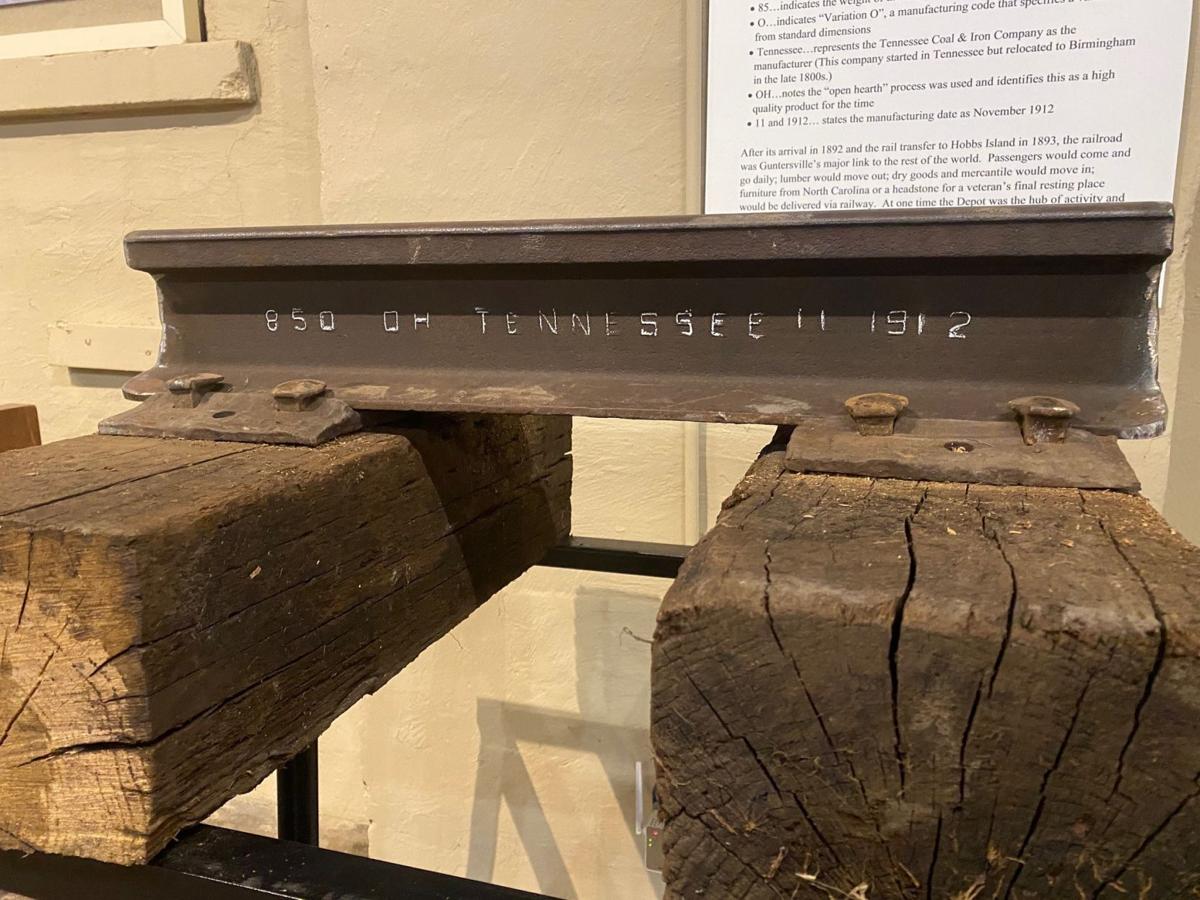 The track has been engraved with the approximate year it was put down.

Jimmy Blakely and Charlie Minor are shown with a section of railway saved for the Guntersville Museum.

The track has been engraved with the approximate year it was put down.

A little piece of the city’s railroad history has been preserved at the Guntersville Museum, thanks to the city’s Public Works department and the City Building Official’s office.

The old section of railroad track from Taylor Street to the City Harbor was recently taken up by the Public Works crew, led by Charlie Minor. They cut a section of the track out, complete with the creosote railroad ties, and gave it to the museum. It is engraved with the date 1912.

That particular section of track is famous in Guntersville railroad lore. The railroad did not have a good way to cross the Tennessee River in the early 1900s. So they devised a railroad ferry. Rail cars were loaded onto a barge in the vicinity of the present day City Harbor and ferried to Hobbs Island. It was the world’s longest water rail transfer, some 22 miles (see other story).

After Charlie and his crew took up the rail, Jimmy Blakely of the City Building Officials office built the stand for it to be displayed on at the museum.

Charlie said taking up the track was not an easy job.

“It split down there,” he said. “One track went to the old grain mill. Another was a switch to get a car off the main line. There were 8 tracks in all.”

The tracks were, for the most part, in poor repair as well. Many of the creosote cross ties were rotten. The few that were good were set aside to be repurposed by Public Works.

Charlie said it wasn’t hard to get the piece for the museum display.

“We cut it with a torch,” he said. “After you cut it about half in two, it will break like cast iron. It’s real brittle.”

Charlie said it was a piece of history that needed to be preserved. He said a piece was also kept for Patrick Lawler, who is developing the City Harbor. Another piece was kept for the railroad museum in the old Guntersville Depot.

“This is all original,” he said of the museum’s piece, “the rail, the crosstie, the spikes.”

Jimmy said they tried to make the stand very sturdy, knowing it would have to be moved around some in the museum. He said they were able to complete the job in just a couple of days.

The depot was also the city's telegraph station, and people would gather there when there was news to be heard, especially around World Series time.