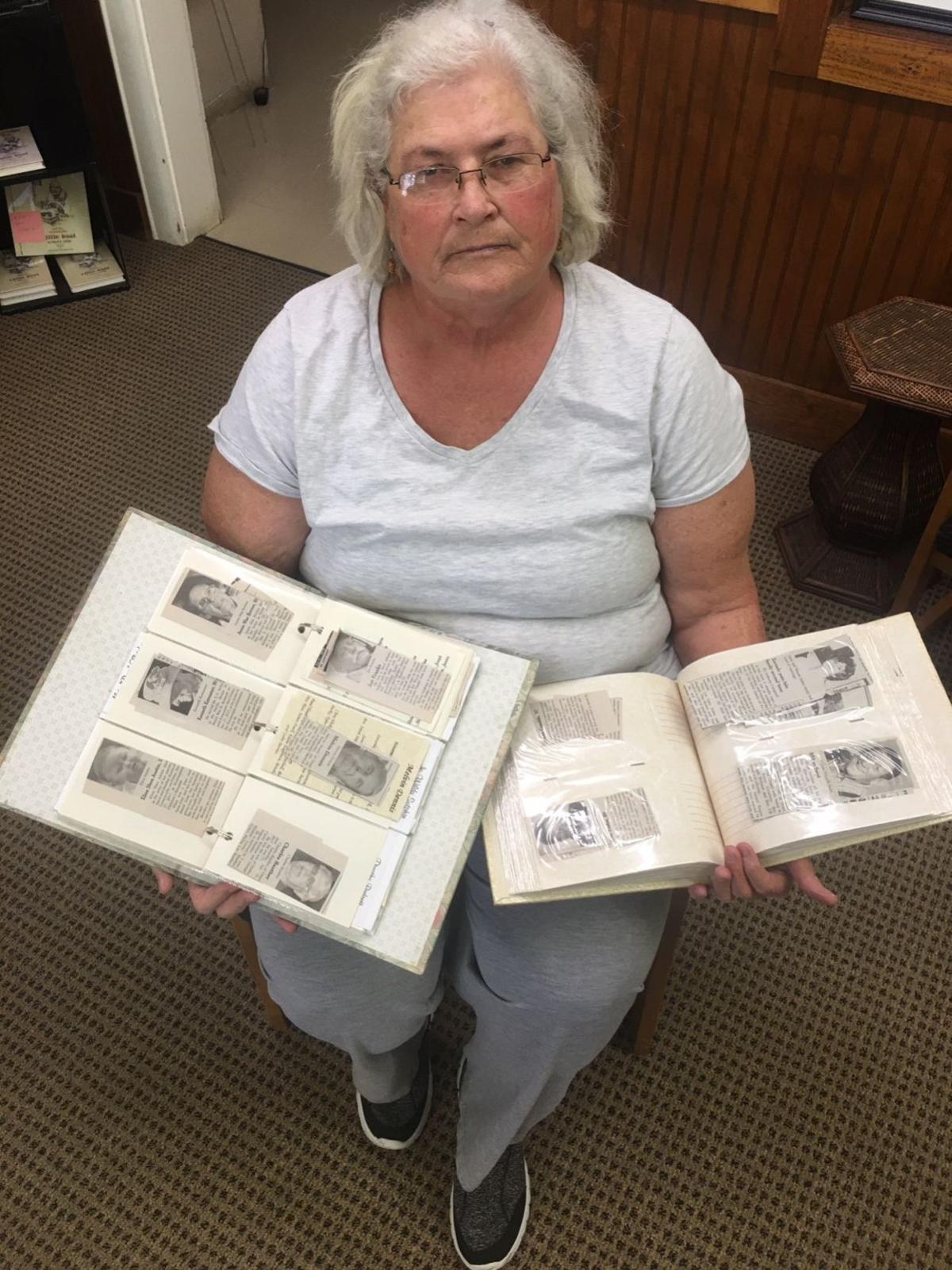 Nancy Loretta Rice has been collecting obituaries for years. She places them in large photo albums. 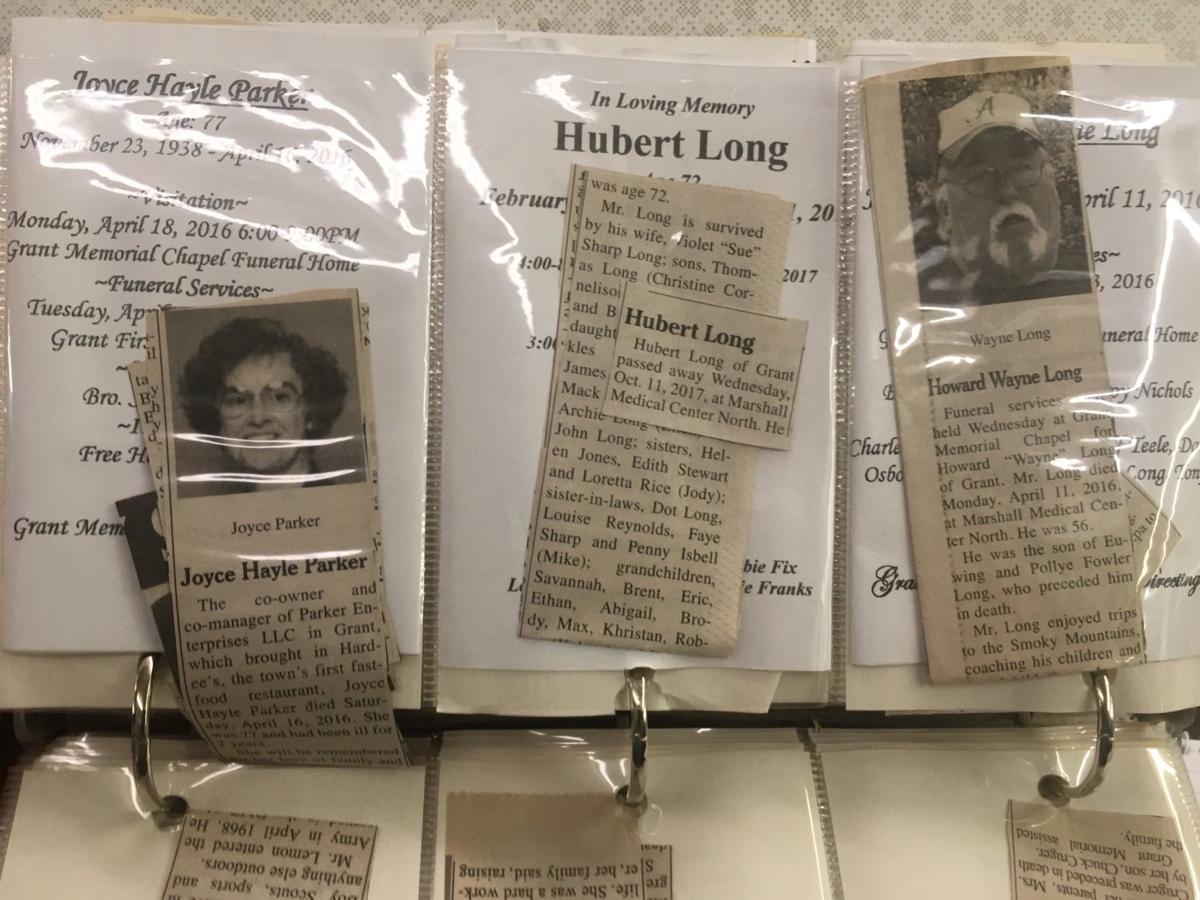 Each obit is stored in its own individual pocket int he album. If Rice attended the funeral, the memorial program goes in the pocket with the obit.

Nancy Loretta Rice has been collecting obituaries for years. She places them in large photo albums.

Each obit is stored in its own individual pocket int he album. If Rice attended the funeral, the memorial program goes in the pocket with the obit.

For 35 years or so, Nancy Loretta Rice has been collecting obituaries, mainly those that run in The Advertiser-Gleam.

She’s 67 and retired from Pilgrim’s Pride, where she worked for many years.

She doesn’t collect every obit that runs in the paper, just those of people who live at Grant or whom Rice personally knows.

The obits are neatly tucked into several large photo albums. Many of those albums have little pockets. The obits are carefully folded and placed in the pockets. If Rice attended the visitation or funeral, the little memorial program from the funeral home is tucked into the pocket as well.

It makes for a very neat way to store the obits.

“My daddy has been dead for 35 years,” Rice said. “I started collecting them about the time he died.”

Since she worked in Guntersville, she has a lot of Guntersville friends. Their obits end up in her albums as well.

She doesn’t label her work or anything like that, but it usually only takes flipping through an album to find an obit if she’s looking for it. Occasionally, a question will come up about when someone died.

Rice can answer it pretty quickly.

While she enjoys collecting obits, she’s found another source of pleasure in her retirement years. She loves, loves, loves the Grant Senior Center and she’s more than just a participant.

“I deliver meals with the Meals on Wheels program,” she said.

There are 26 seniors in the Grant area who can’t get out of their homes for one reason or another. Rice and other volunteers deliver hot meals to their door 5 days a week, the same meal that is served at the center.

“My sister Helen Jones works at the center,” Rice said.

Building relationships with the clients she delivers meals to is her favorite part. Rice is a people person at heart. And, yes, a few of those folks have passed and their obits have ended up in her carefully preserved obituary albums.

Rice would encourage any senior looking for a way to fill their days to give the senior center a try.

When she’s not busy with the meal program, she enjoys playing 313, a card game using 3 decks of cards. She sometimes plays domino’s, but likes 313 better.

There are lots games to play at the center, Rice said, including ping pong.

Rice is also an active member of the Grant First Baptist Church.