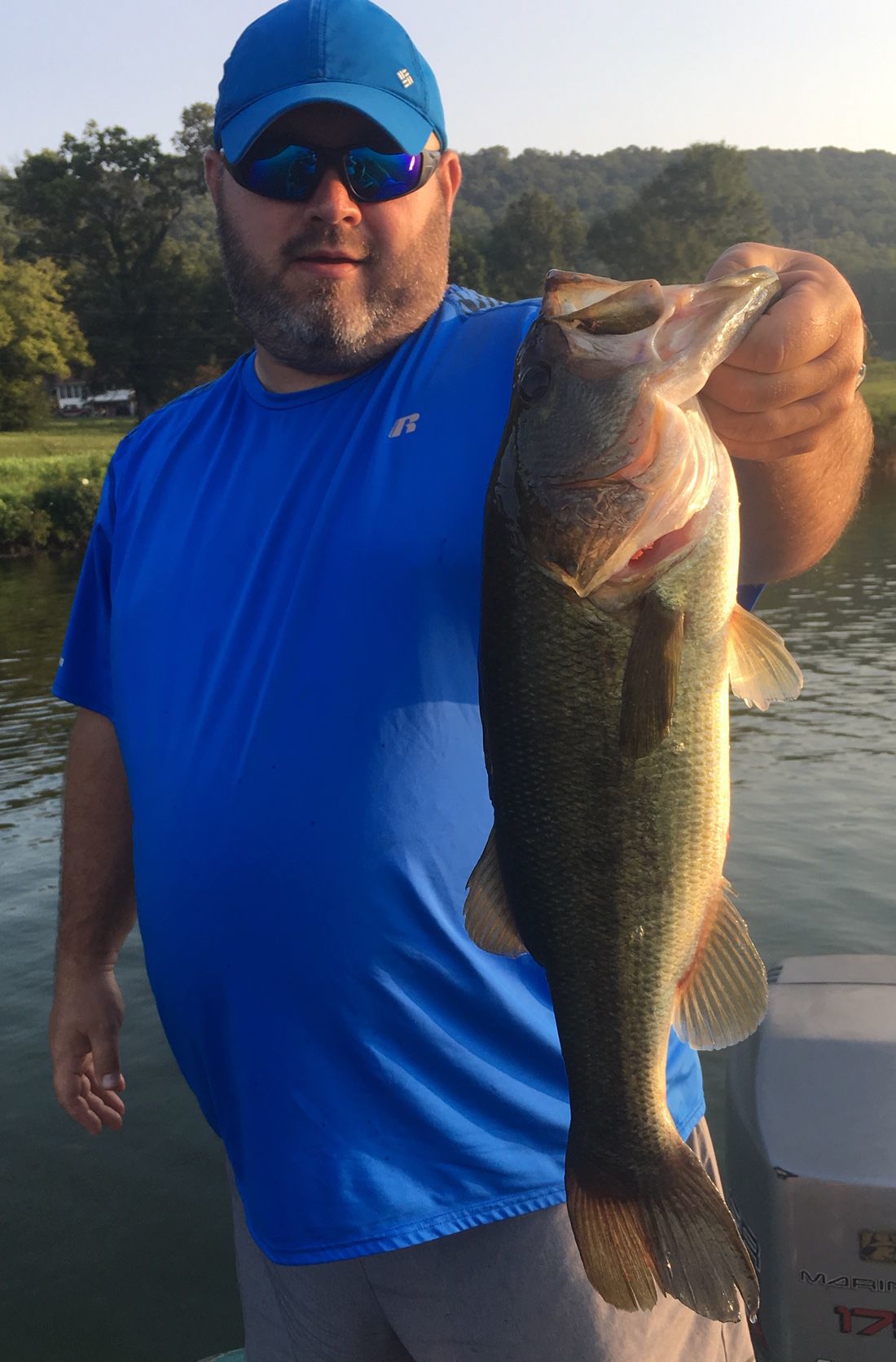 Brandon Batey caught this bass flipping grass. It's one of his stronger techniques. 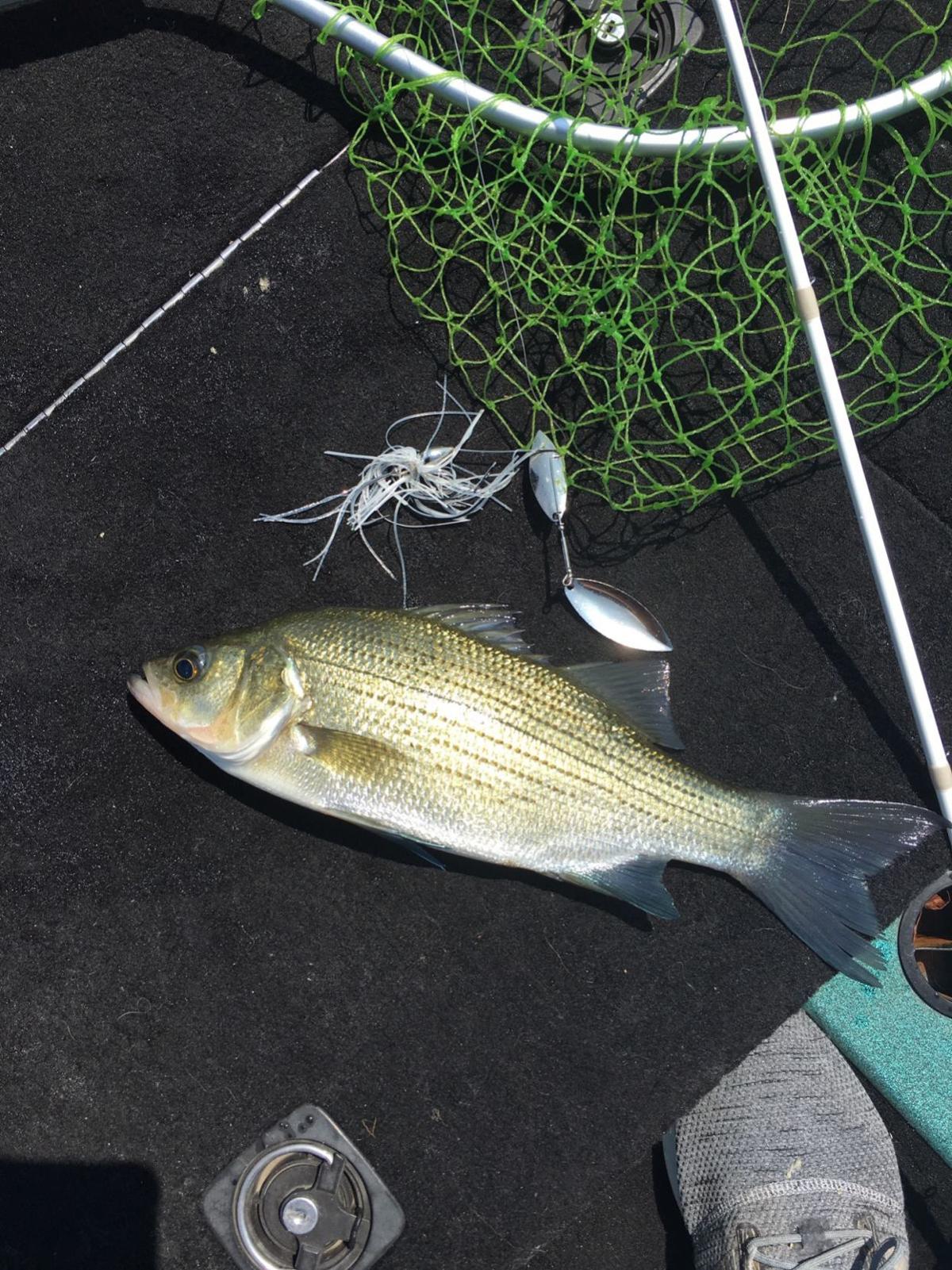 If you find fish schooling and feeding on shad, it might be a mixed bag of white bass like this one and largemouth bass. 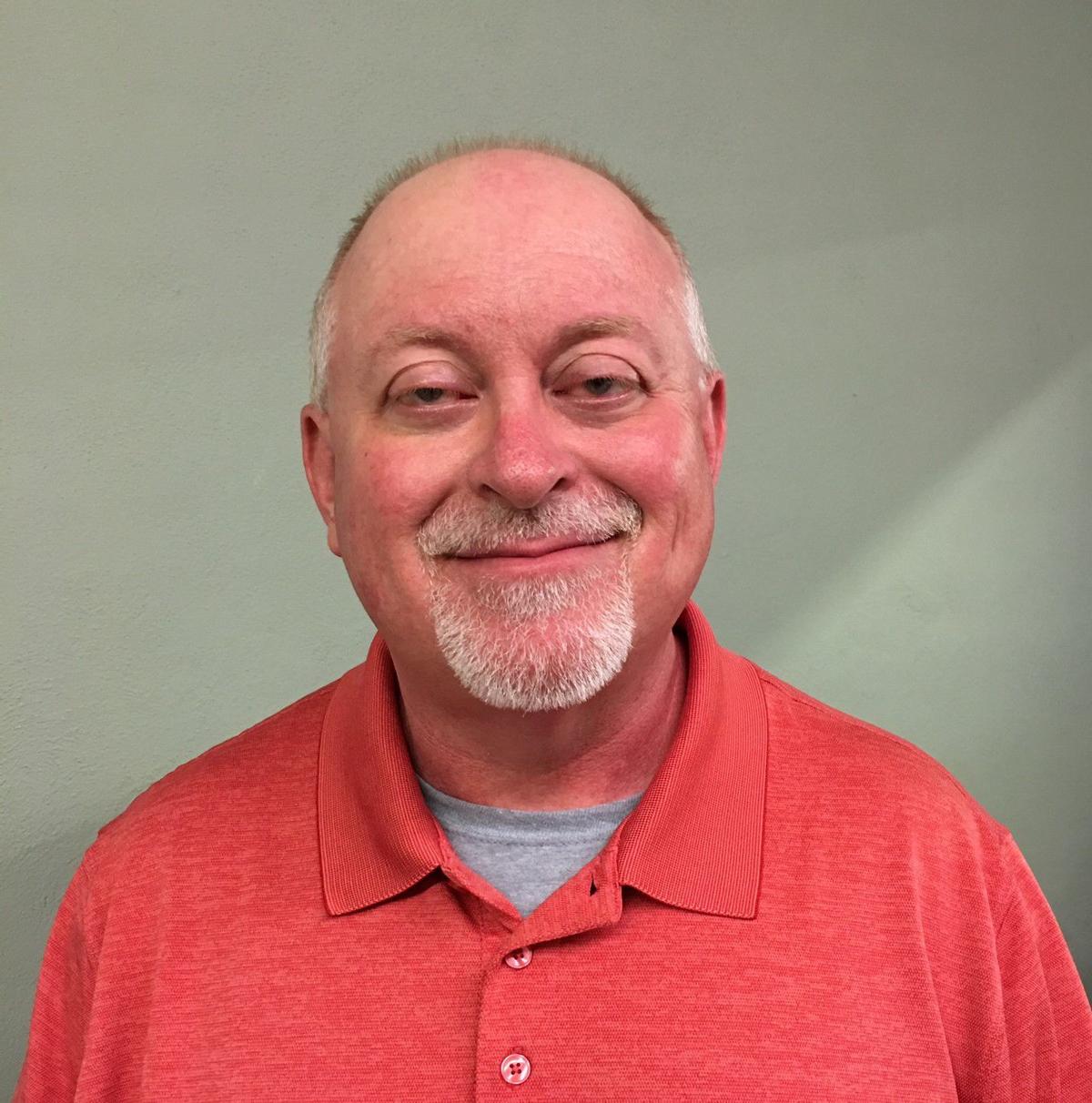 Brandon Batey caught this bass flipping grass. It's one of his stronger techniques.

If you find fish schooling and feeding on shad, it might be a mixed bag of white bass like this one and largemouth bass.

Last Saturday was a memorable day of fishing.

Other anglers had been telling me about finding schooling fish. I got to experience it firsthand Saturday.

The first place I stopped was a bust. I didn’t catch anything. I had half a tube of crickets in the boat and the next stop was to do a little bluegill fishing. I was fishing solo and I caught 78 in maybe 2 hours. That was fun and might have even been a personal best for me fishing solo. But it got better.

I then pulled up on a spot looking for grass to fish for bass. I was in 6 to 8 feet of water and the grass was submerged. I made one cast with a Texas rigged worm when fish started busting the surface all around me.

The fish breaking the surface were shad being chased by bigger fish. When you see that, you want to get something shiny in their midst as quickly as possible.

I reeled in the Texas rig and cast a spinnerbait right on top of the busting fish. I didn’t turn the handle of the reel 3 or 4 times until I was hooked up.

In maybe half an hour, perhaps just 20 minutes, I’d caught 8 fish, 3 white bass and 5 largemouth. They were all in the 2 to 3 pound range and they were fun.

They didn’t just demolish the spinnerbait like you think they might. For the most part, the rod would just load up and you’d have a fish. A couple of times, as soon as I engaged the reel after the cast, there would be a fish on. They had hit it as it was falling through the water column.

It was cool and I hope I get on some more schoolers in the days and weeks to come. It’s just one of those things that if you happen to be there, it’s some good fishing.

I probably could have ridden around and maybe found some more but it was lunchtime and it was getting hot. So I headed in, thankful to have enjoyed some good sport on a beautiful morning.

Every day of fishing, especially in the dog days of summer, is not non-stop action like you might want. There are some tough days too, when just getting a bite can be a challenge.

A couple of baits that have helped me through the tough times lately are the Ned rig and the dropshot. Neither is a grass bait. They’re better fished around rocks, bridges or maybe even boat docks.

The Ned rig is just a tiny little jighead with a 3 or 4-inch worm on it. There’s really no wrong way to fish it. I toss it out. Let it sit, then drag it a few inches to a few feet. Let it sit some more, than drag it again.

I was in a slump the other day, got out the Ned rig and caught 3 bass pretty quick. I will say I haven’t caught any big fish on it. The bass I catch on it most often are 12 to 14 inch fish. But I do believe you can catch big ones on it. And small bass are better than no bass when you’re striking out.

The dropshot has a hook tied 12 to 18 inches above a sinker on the bottom of the line. You can toss it out, let it sit or drag it a bit. It too saved me from a “skunk” the other day.

But I’ve got to experiment with some different baits on it, probably a small thin plastic worm. I’d been tipping my dropshot with a Gulp minnow. I caught a few bass on it, but the catfish are drawn to the fishy scent of the Gulp minnow like a magnet and they’ll wreck your dropshot if they get into it. A catfish tends to roll once hooked and they’ll roll up your line and sinker. It’s not pleasant to untangle that mess and retie.

The skunk has not been entirely avoided, at least not by me on the fishing excursions of the last few weeks.

My little nephew Brandon Batey and I fished the other morning. Brandon is a master of fishing the sloppy grass, especially the techniques known as flipping and punching. That’s still fairly new to me. But I’m a believer. Because Brandon put on a clinic.

On a day that was generally regarded as tough by everyone on the Guntersville Lake fishing message boards, Brandon caught 6 between 2 and 5 pounds flipping grass.

I’d be in the middle of telling a joke or story and Brandon would say, “Wait just a sec. I’m getting a bite.” Then he’d set the hook and cross one’s eyes.

It was impressive to say the least.

I’ve not given up on the technique. I’m going to learn how to flip and I will catch some fish doing it. I don’t know if I’ll get good enough to give Brandon a run for his money, but I’ll try.

Part of the fun of bass fishing is learning new techniques. In the long run, having a lot of tools in the arsenal only helps you.