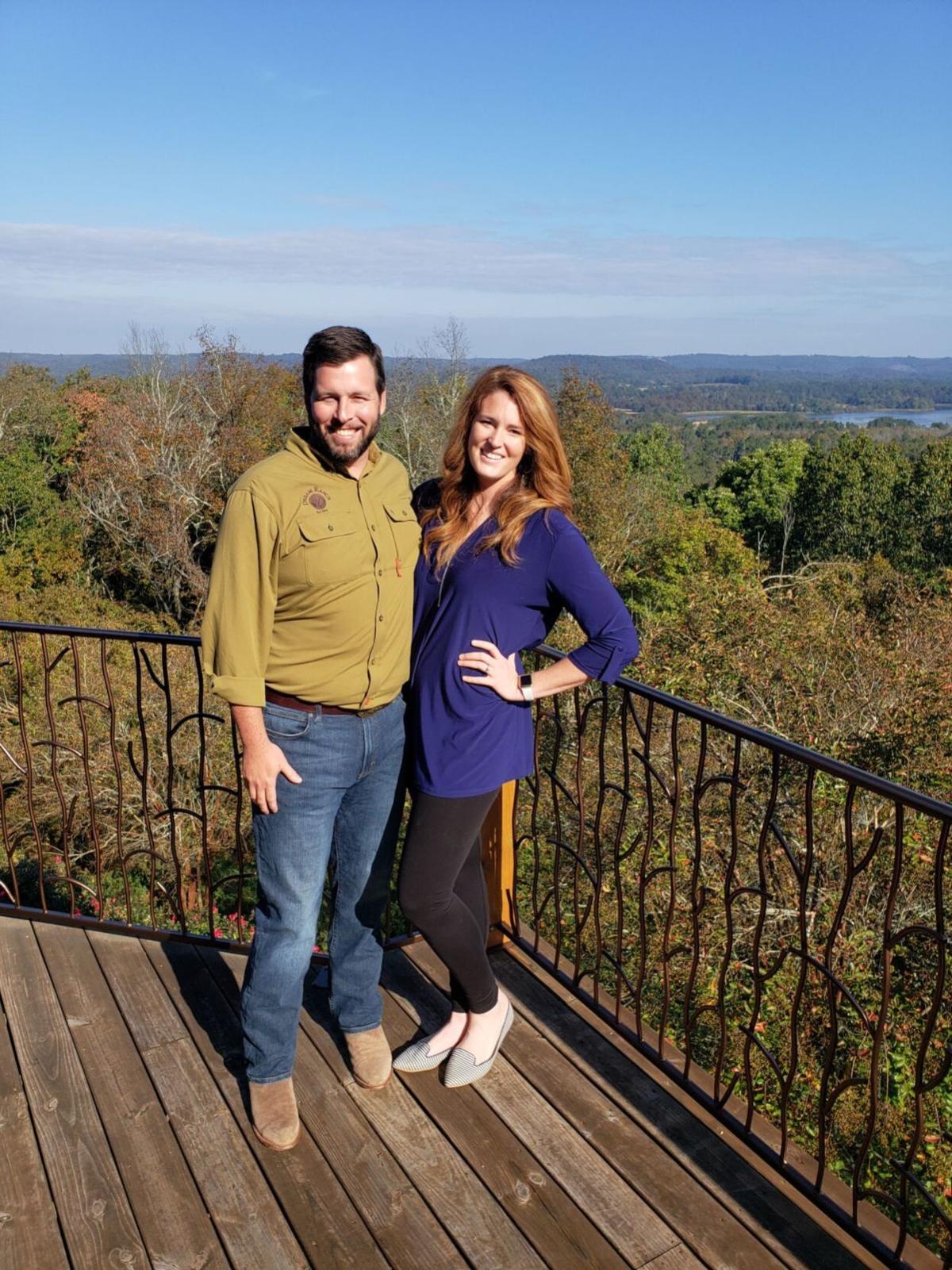 Kyle and Claire Richards have a background in the outdoors, as well as in business. But they say they couldn't run 2 businesses in Guntersville without a lot of good people around them. 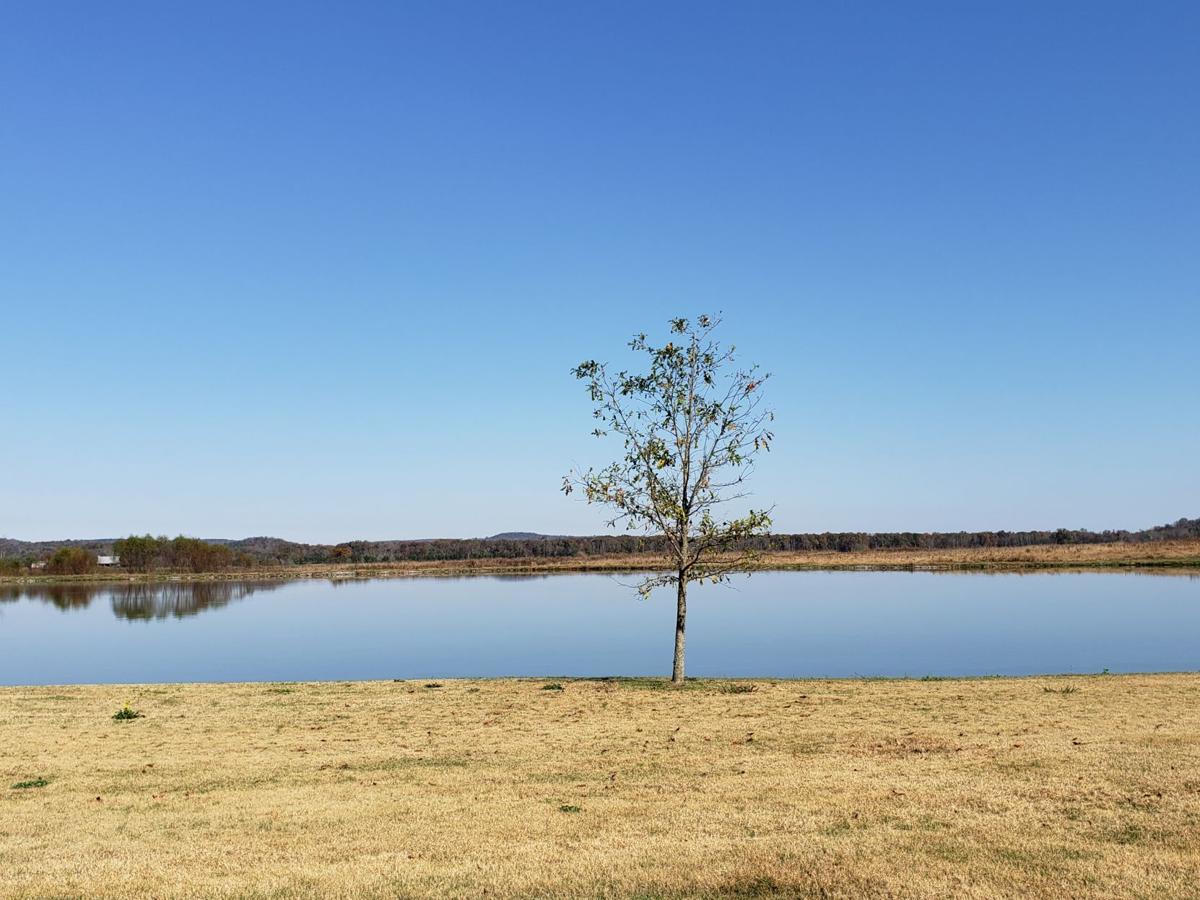 Dream Ranch includes ponds as well as fields and woods for hunting. 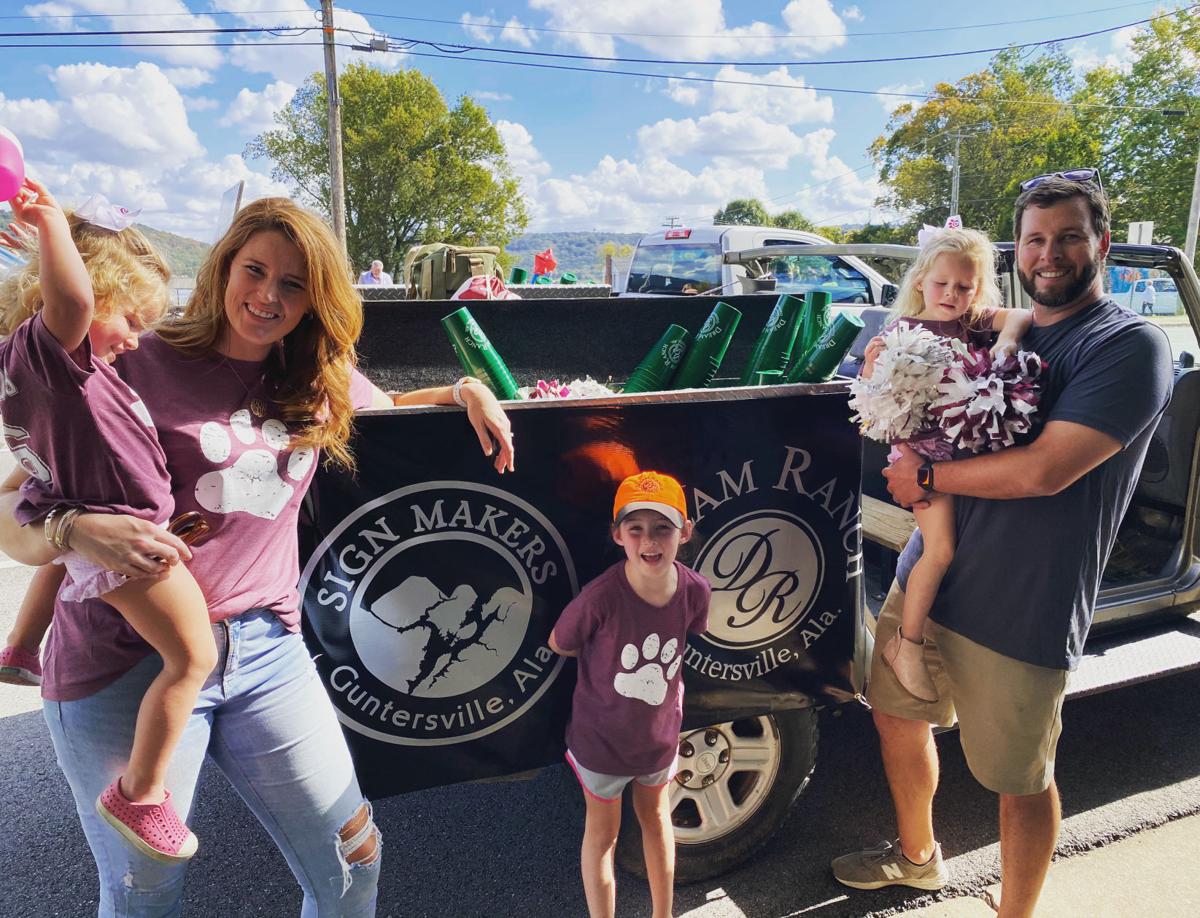 Claire and Kyle Richards and their girls are happy to have put down roots in Guntersville. They love the sense of community here. They're shown at the Homecoming parade earlier this fall. 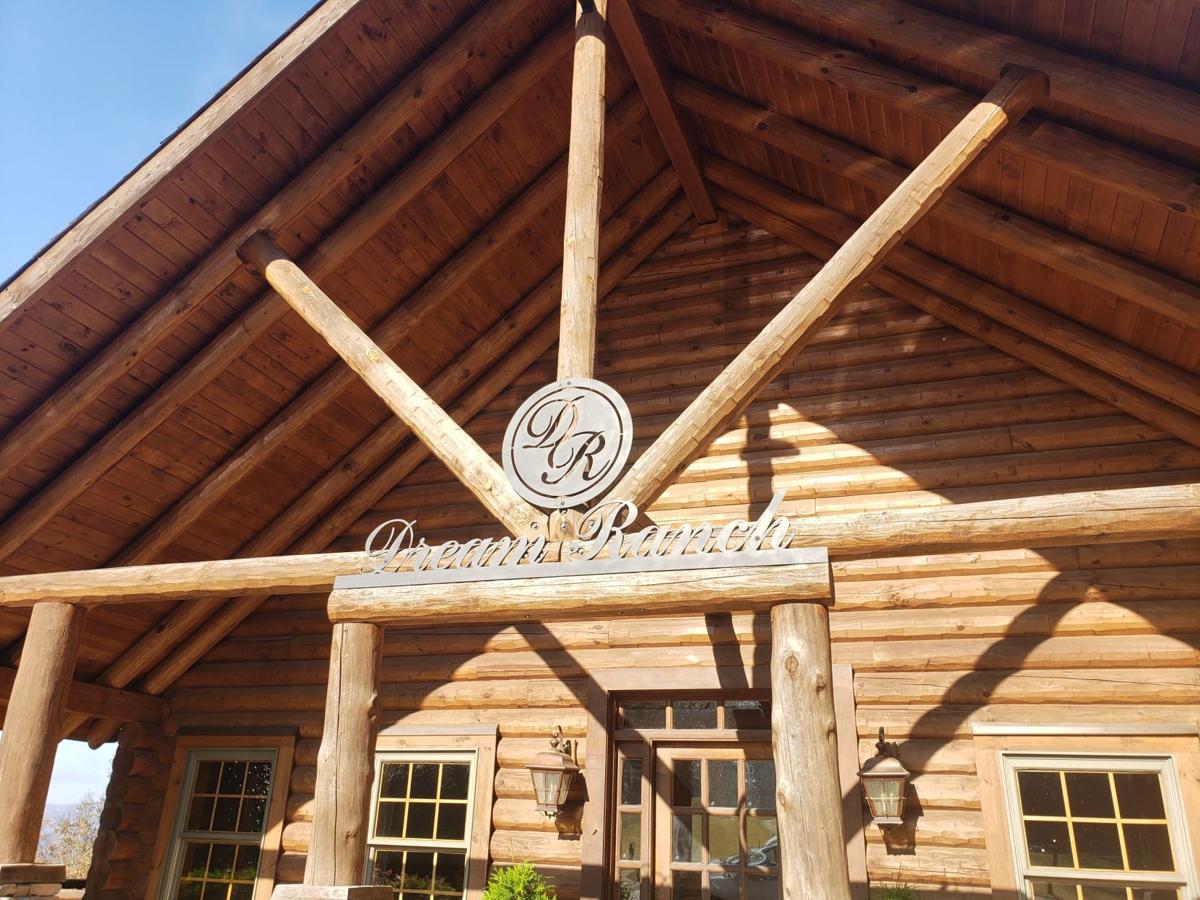 Claire Richards hopes to use her event planning skills to make Dream Ranch a destination for weddings as well as the hunting trips it has always been known for. 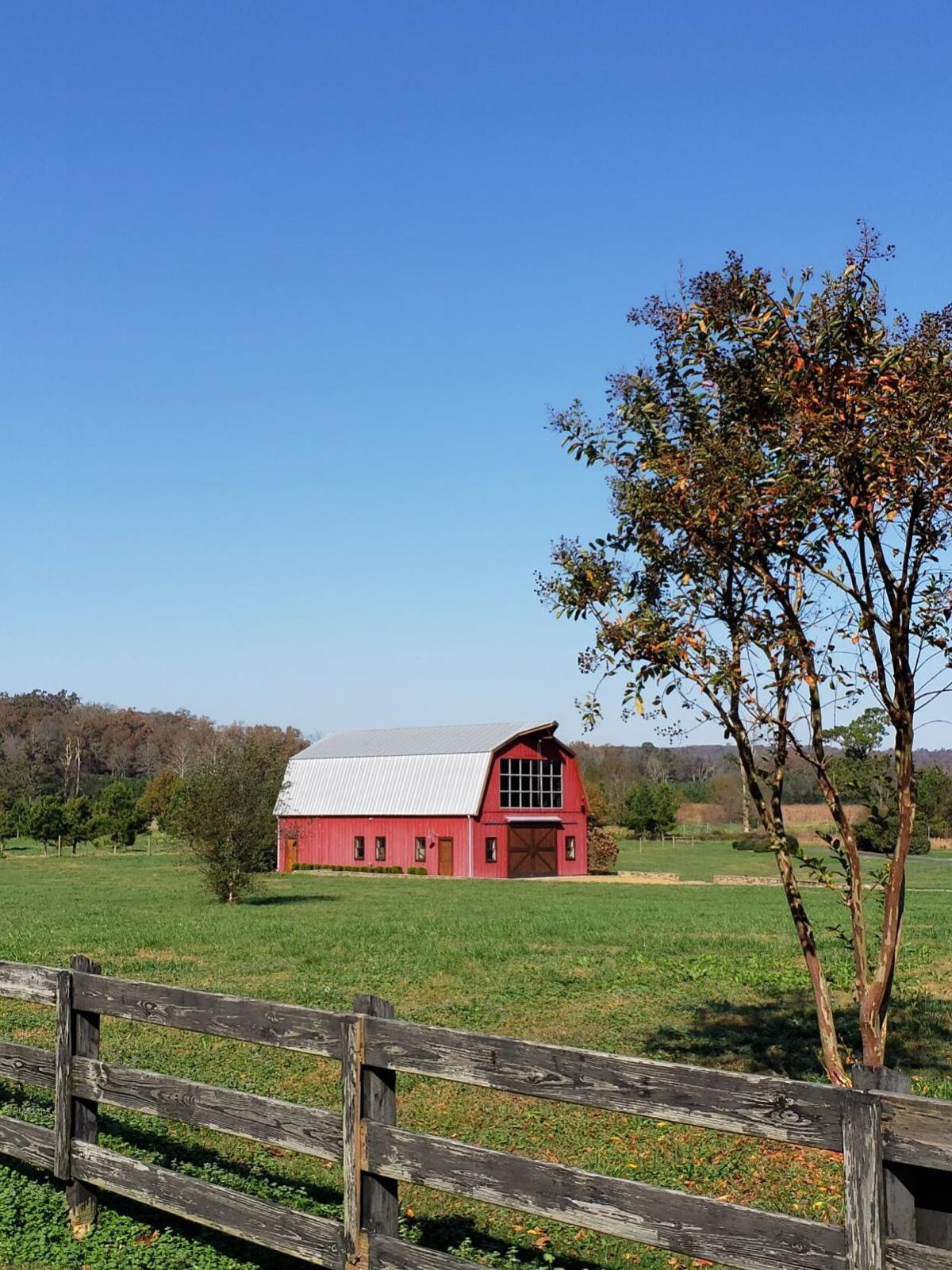 Dream Ranch is picturesque and just a pleasant place to spend some time.

Kyle and Claire Richards have a background in the outdoors, as well as in business. But they say they couldn't run 2 businesses in Guntersville without a lot of good people around them.

Dream Ranch includes ponds as well as fields and woods for hunting.

Claire and Kyle Richards and their girls are happy to have put down roots in Guntersville. They love the sense of community here. They're shown at the Homecoming parade earlier this fall.

Claire Richards hopes to use her event planning skills to make Dream Ranch a destination for weddings as well as the hunting trips it has always been known for.

Dream Ranch is picturesque and just a pleasant place to spend some time.

From small town Mississippi to Guntersville, Alabama, Kyle and Claire Richards have immersed themselves in the community since they arrived last year. With not one, but two, thriving businesses in the area, plus a never-ending supply of community involvement, the Richardses are here to stay.

Leaving a fast-paced career in athletic compliance, Kyle and Claire always knew they would one day settle in Guntersville. After moving, on average, every two years of their ten-year marriage for Kyle’s job -- from places like Syracuse, New York, to San Antonio, Texas -- they decided it was time to stay in one place long enough to put down roots once their daughters started school.

“We said that if Kyle wanted to keep chasing this dream, because he was really good at it, that was fine,” Claire explained. “But I told him we either need to get settled somewhere when our girls start school or we need to go ahead and move to Guntersville, which is where we had talked about moving forever. We wanted her to grow up in the school, so that was kind of the driving push. And we honestly kind of took a leap of faith. When we first moved here, we had no idea what we were going to do.”

They took that leap and officially moved to Guntersville in August, 2019. Kyle’s parents, Russell and Teresa Richards, and his sister and brother-in-law, Mollie and Aaron George, also moved here from Mississippi. Kyle and Claire were already somewhat familiar with the area from visiting family over the years.

With a background in marketing and public relations, Claire quickly found a job at Mountain Valley Arts Council while Kyle initially took over parenting duties of their three daughters, ages five, three and two. It wasn’t long, though, before the couple bought Sign Makers, a local signage shop, and began to make their mark on the community.

“We’ve met so many people through Sign Makers,” Kyle said. “In a small town where it feels like half the people here own their own businesses, that has probably helped immerse us in the community more than anything else.”

While getting settled in Guntersville, the Richardses began making another dream of theirs come true. As the eldest daughter of farmer Charles “Buck” Buckingham (relative of famed author and conservationist Nash Buckingham) and Leslie Neely, hunting and the outdoors have always been a part of Claire’s genetic makeup. In fact, while living in Texas, she worked as the skeet coordinator for the National Shooting Complex in San Antonio. So, it seemed a natural fit that they would one day own and operate a wildlife preserve. After a lengthy process involving many conversations, connections and negotiations, Kyle and Claire, along with her parents, Buck and Leslie, and the rest of the Neelys, purchased Dream Ranch in Guntersville from the Ainsworth family in May of this year.

Situated on over 1,600 pristine acres, Dream Ranch is a local haven not just for hunters, but also for anyone who enjoys the outdoors. The views from the nationally recognized hunting lodge are stunning, spanning the depth of the valley and encompassing a picturesque mountain range; a diverse terrain for many different types of hunts.

In the past, Dream Ranch has largely catered to hunters from all over the nation. While the new owners hope to continue that operation, they would also like to incorporate more local events, like quail and pheasant hunts, and are even open to setting up charter fishing trips to run out of the lodge. In addition, they would like to put Claire’s event planning background to use by offering their space for weddings, family reunions, and corporate meetings and retreats.

“It’s really neat to have a venue where everyone can stay in one place and not have to drive anywhere,” Claire said. “I have a vendor list with every single vendor being local. Honestly, that’s something we love about Guntersville: Somebody purchases a sign at Sign Makers, for instance, then we turn right around and support their business. It’s honestly such a family community and we’re trying to help promote that with Dream Ranch.”

Outside of their businesses, Claire is active in the PTO at Guntersville Elementary School and has become involved in local theater at The Whole Backstage. She played a prominent part in last year’s production of The Best Christmas Pageant Ever, which she also starred in with her daughter, niece and nephew. She plans to audition for more plays at WBS in the future.

“I always loved doing plays in high school,” she said. “We’ve never lived anywhere long enough for me to get involved in community theater, though.”

Kyle drove the point home: “That was the whole goal with moving to Guntersville, to really invest in and be a part of the community.”

The husband and wife team both agree that it’s not always easy to fit everything in, but are eager to divulge the secret to their success: They don’t manage it all on their own. Along with the handful of trusted employees at each business, their family has been a tremendous help, adopting a “family helps family” mindset.

“There is not a single member of our family who has not put in more than their fair share of help when we needed it,” Claire said. “From our dads putting in countless hours each week, to our moms either helping with projects or watching the girls so we can both be out there, to our niece and nephew spending parts of their summer vacation helping get the property ready for hunting season.”

On that note, Kyle broke in to sum up how they make it all work:

“And that’s the overarching theme of it with both businesses, but especially at Dream Ranch,” he said. ‘It’s not just us. If it were just us, we would not have survived. Having family and a lot of really good people around you is key.”