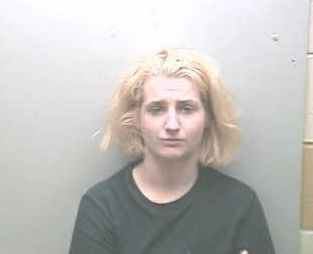 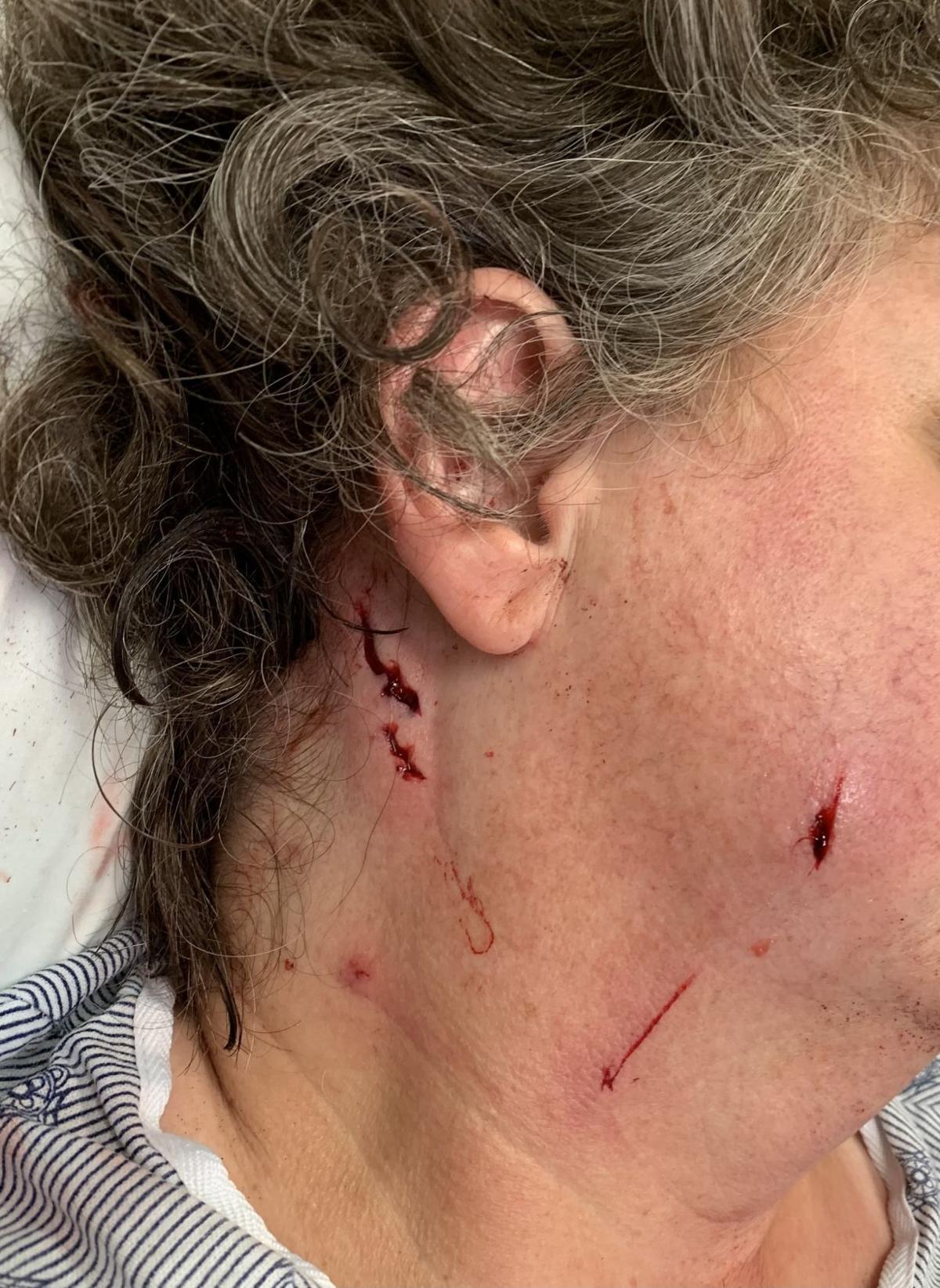 Marshall County corrections officer Melissa Woodall suffered several stab wounds like these as a result of the attack. 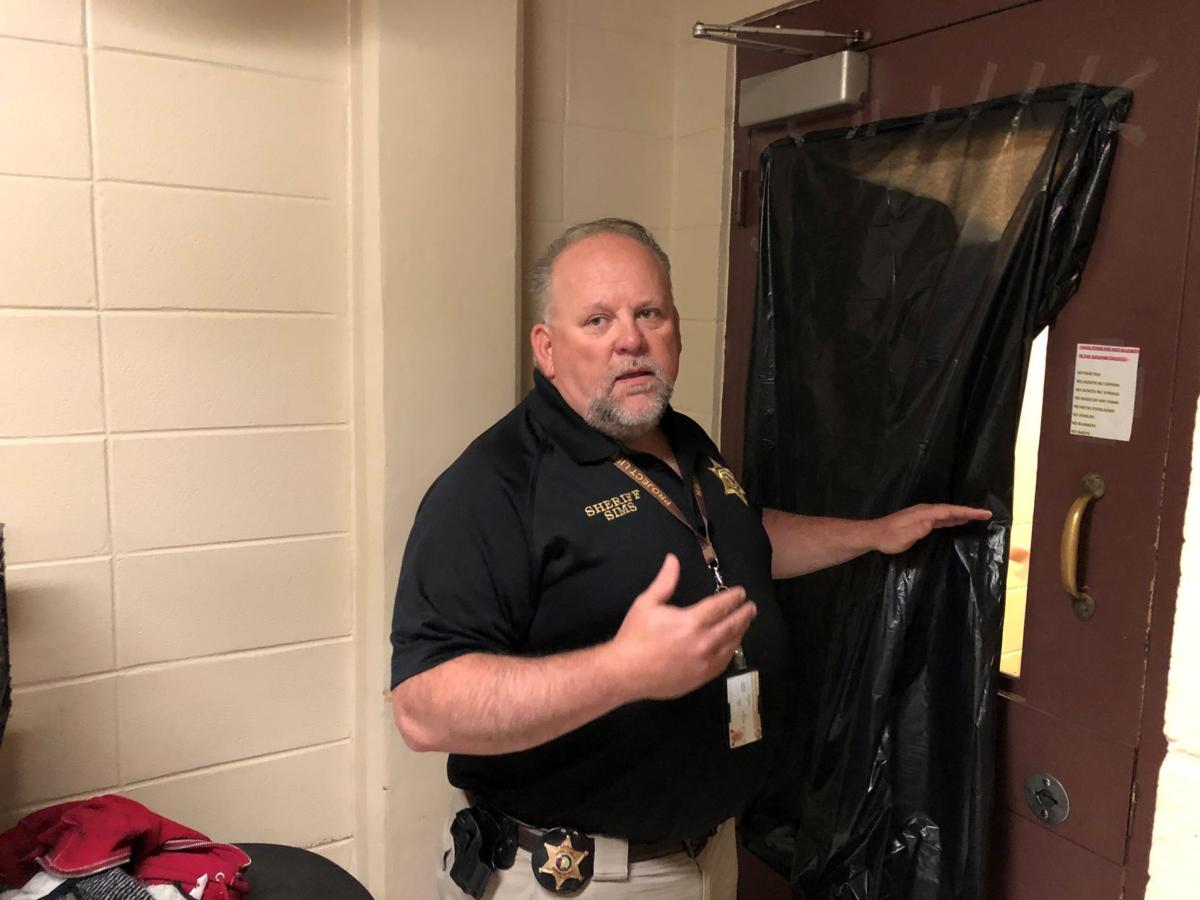 Sheriff Phil Sims shows the holding cell where Sledge was being held before the stabbing occurred.

Marshall County corrections officer Melissa Woodall suffered several stab wounds like these as a result of the attack.

Sheriff Phil Sims shows the holding cell where Sledge was being held before the stabbing occurred.

A Marshall County Sheriff’s correction officer is likely alive today because of the efforts of jail inmates.

This past Saturday morning at around 11 a.m. in the Marshall County jail, correction officer Melissa Woodall was attempting to move inmate Emily Sledge from a holding cell, Sheriff Phil Sims said. Woodall was escorting Sledge from the holding cell to the main part of the women’s block to use the bathroom.

When Woodall opened the door to the holding cell, Sledge attacked her. A struggle ensued and Sledge eventually found a pair of scissors in a desk drawer. She stabbed Woodall four times in the head and neck area causing significant wounds.

Woodall was not able to reach a phone and her radio had been thrown to the ground. She reached up to the desk and opened the main door to the women’s cell block. Inmates Valerie Moore, Katie Moore, Janice Brooks, Stephanie Grimstad and Mary Williamson came to Woodall’s aid. The five inmates restrained Sledge and called for more help. A few of the inmates also put pressure on Woodall’s wounds to help stop the bleeding.

“Because of the efforts by these inmates’ officer Woodall is alive today,” Sheriff Sims said. “I think it’s very likely that had they not done what they did, Woodall would have died. They made a human decision and jumped at the opportunity to help someone.”

Woodall was taken to the hospital for her injuries. According to Sims, she is doing well and recovering.

“Melissa is in great spirits and actually asked when she could come back to work,” Sims said. “We’re going to have her stay home and recover for a while. She’s also been offered counseling if she’d like. One of the stab wounds barely missed the main artery behind her ear. We’re all so thankful Melissa did not get hurt worse than she did.”

According assistant chief deputy Steve Guthrie, Sledge has caused several issues leading up to this incident. She was originally brought into the Marshall County Jail on drug charges and has since had an attempted escape charge. Sledge is now charged with attempted murder of a corrections officer.

Sims said the entire situation occurred because of some unavoidable issues going on at the jail right now.

“The holding cell where Sledge was held is not designed to be used as such,” he said. “The room she was in does not have restroom capabilities and when an inmate says they have to use the restroom, we must accommodate. In addition, we have an overcrowding issue at the jail because of COVID. Right now, we have about 280 total inmates in the jail. It’s designed for just under 200. The renovations we’re planning on will help greatly.”

Sims added, “We’ve worked really well with the Marshall County Commission on getting this jail renovation done. We hope to begin work in June and once it’s done, we won’t have these kinds of issues anymore.”

The Marshall County Sheriff’s Office is also dealing with a shortage of correction officers. Sims said several have retired and it’s been difficult to hire new officers.