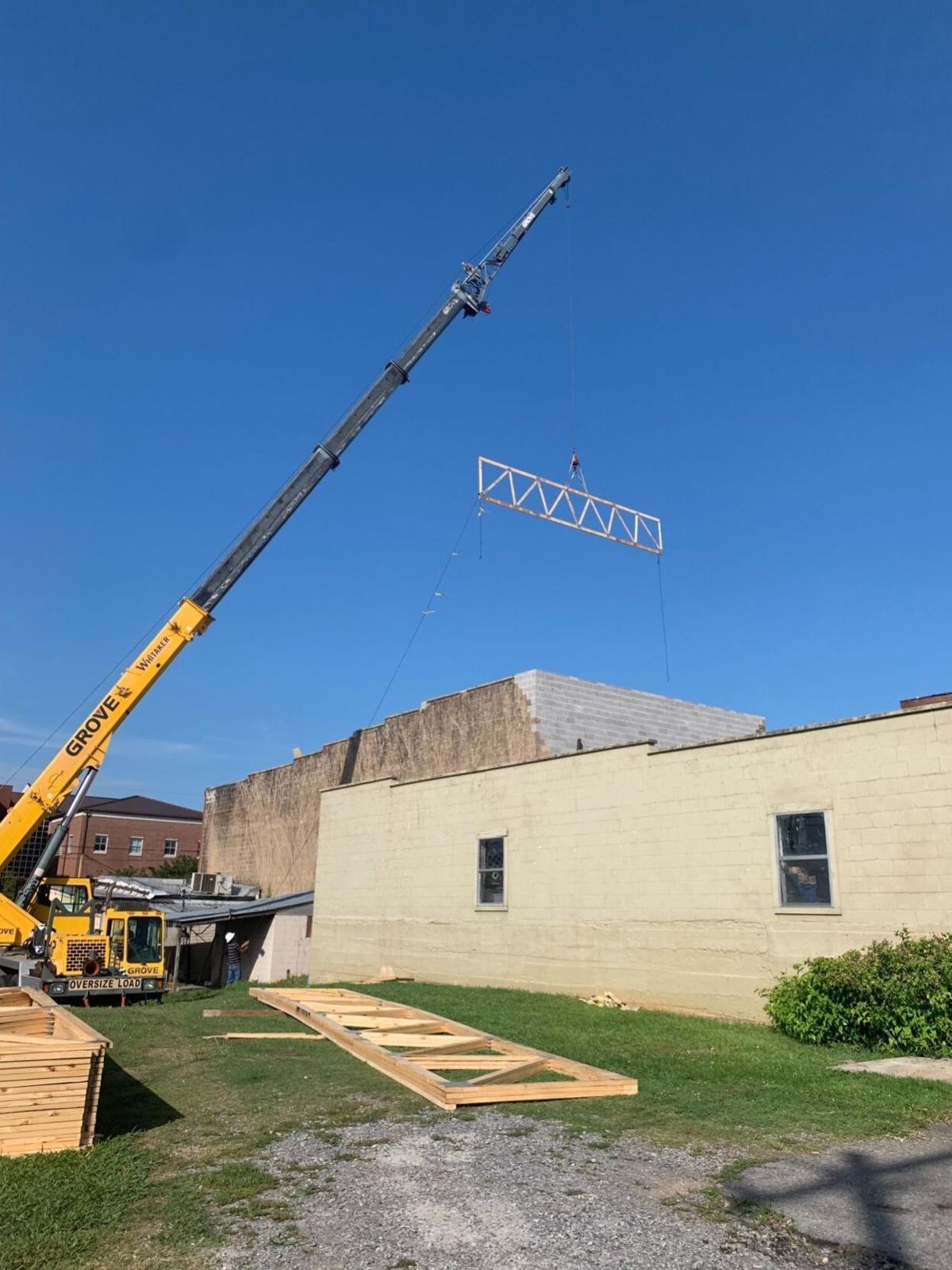 A rafter is lifted in place for a building that Randy Jones and David Hayes are saving on Taylor Street. Ethan Whitaker of Whitaker Towing was the crane operator. 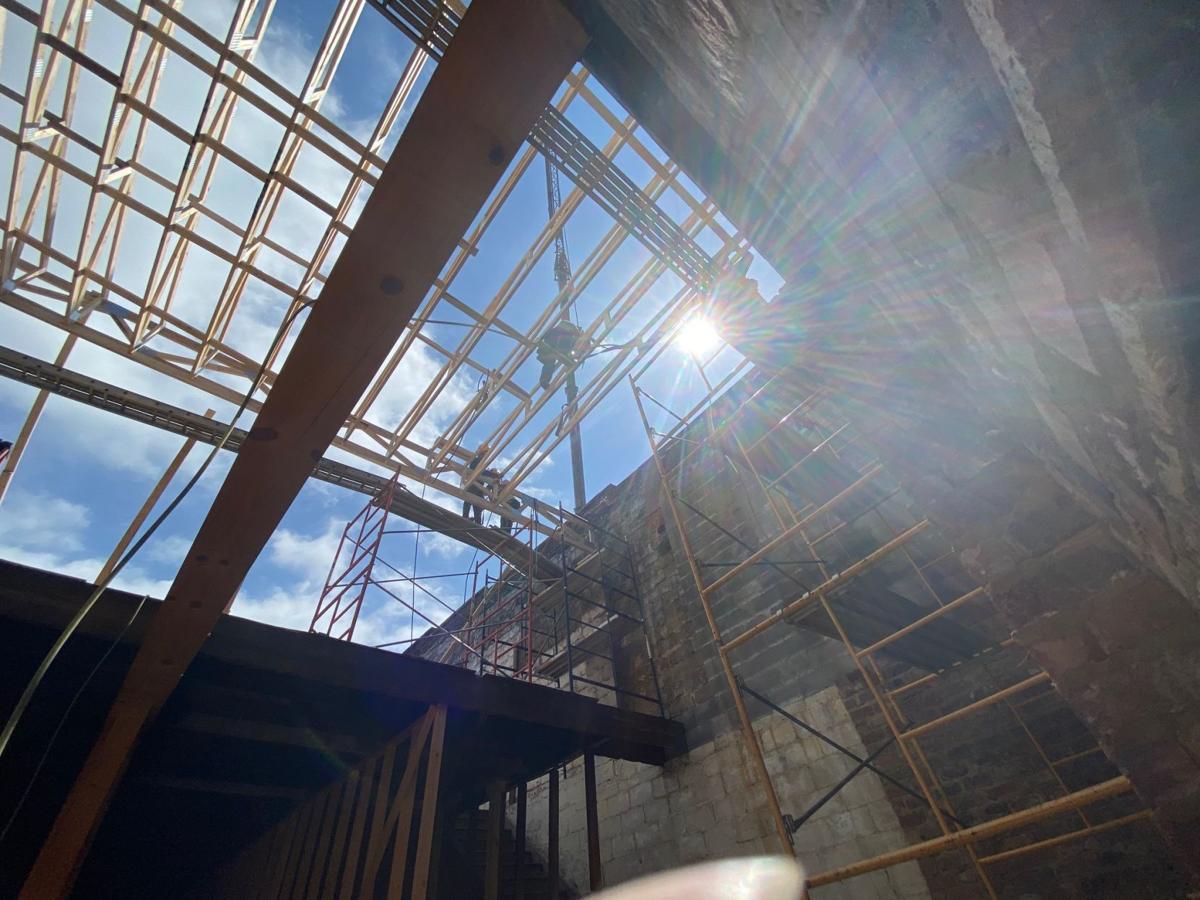 The crew working on the project made fast work of setting the new rafters. 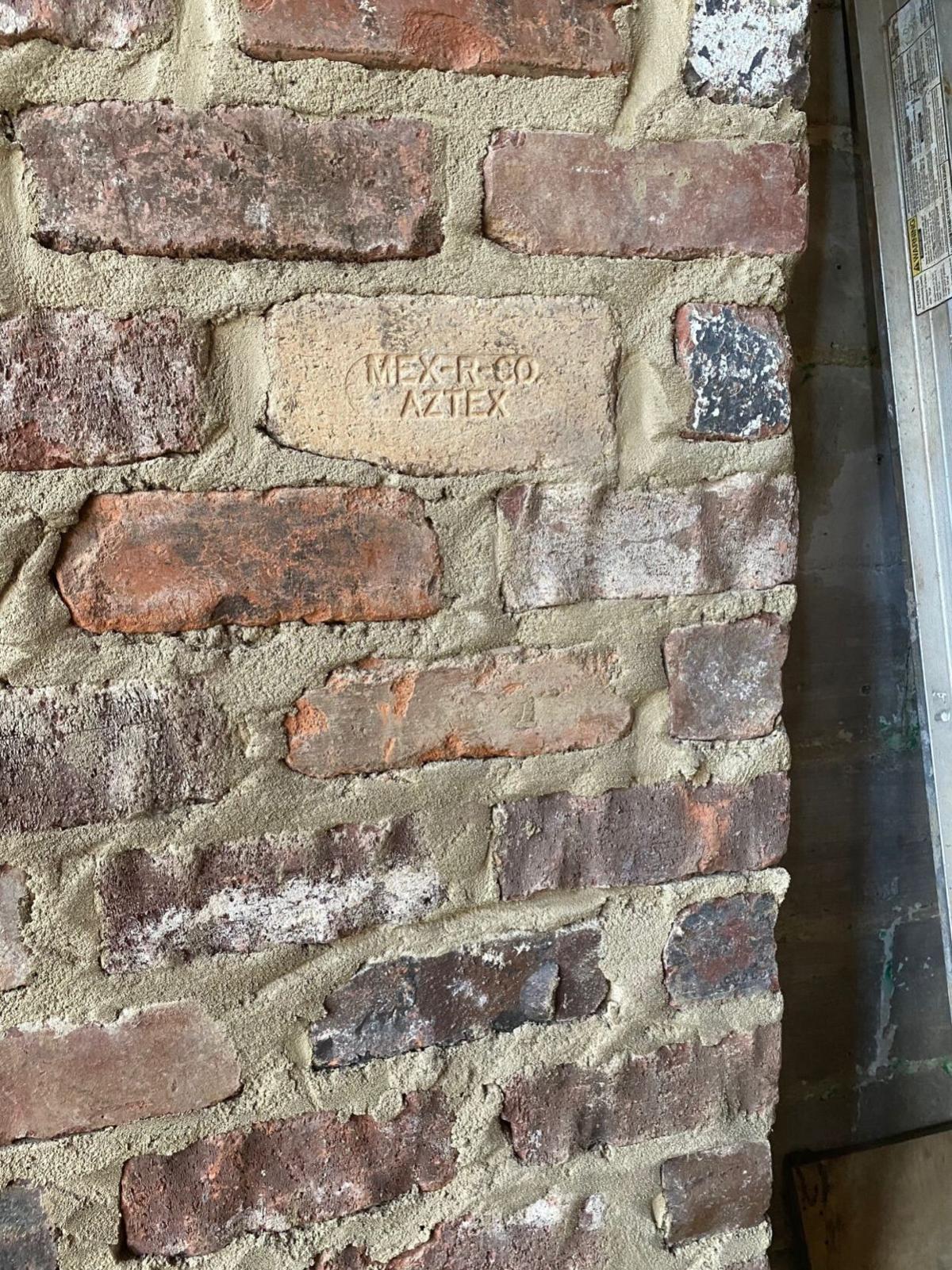 Some special brick have been brought in from U.S. Pipe in Birmingham to provide neat accents in the new old building. 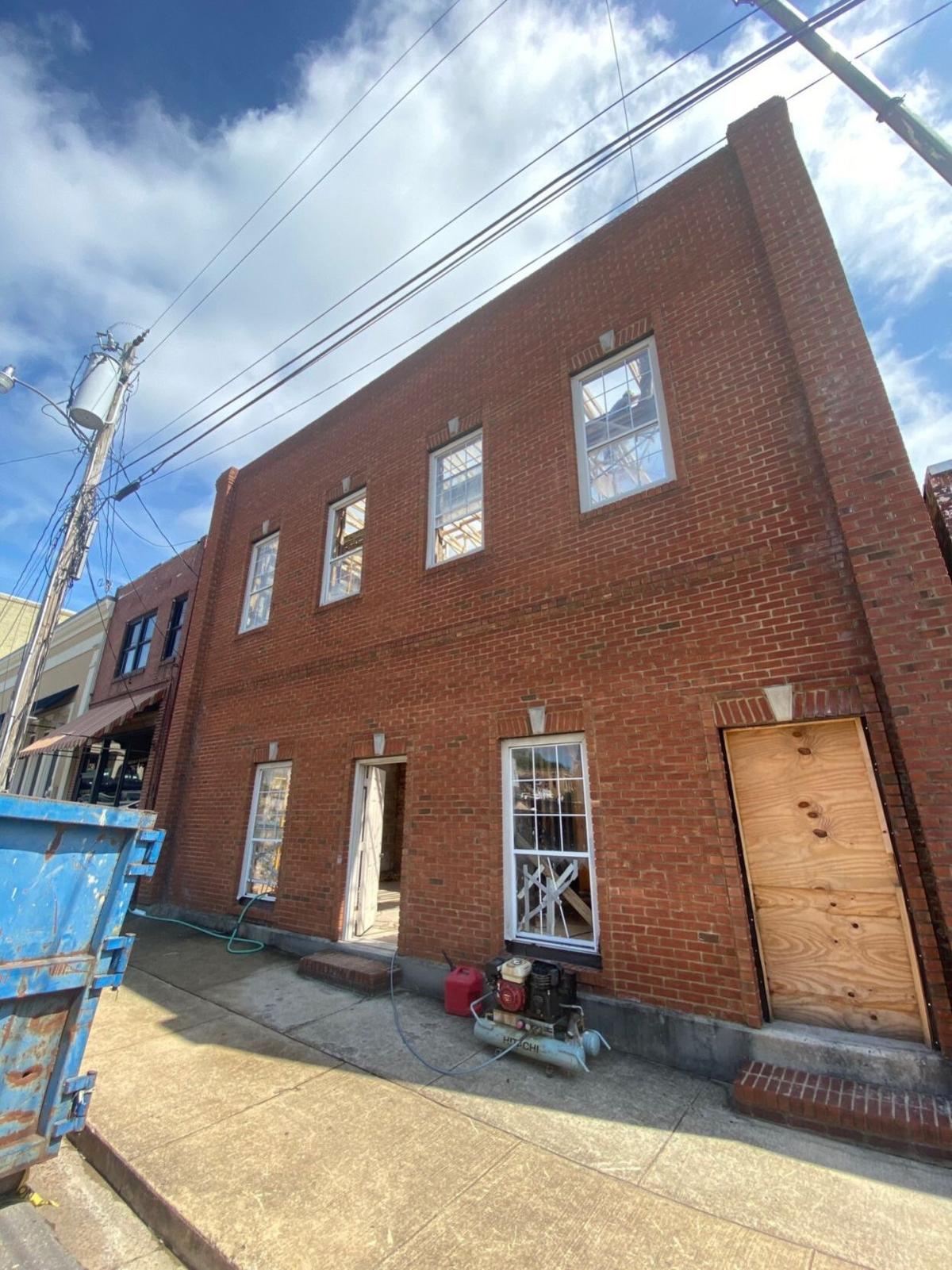 This is the building that is being fixed up. 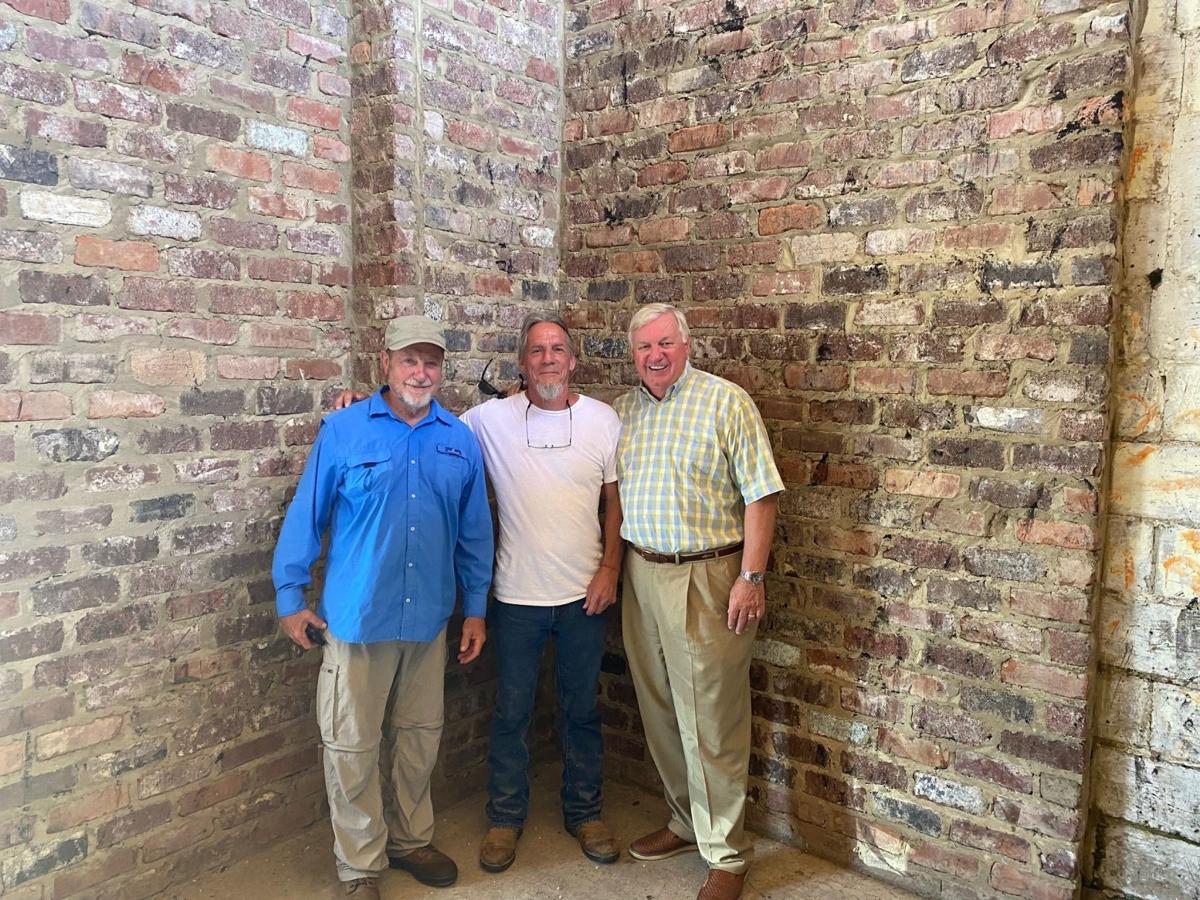 A rafter is lifted in place for a building that Randy Jones and David Hayes are saving on Taylor Street. Ethan Whitaker of Whitaker Towing was the crane operator.

The crew working on the project made fast work of setting the new rafters.

Some special brick have been brought in from U.S. Pipe in Birmingham to provide neat accents in the new old building.

This is the building that is being fixed up.

An historic building on Taylor Street adjacent to the Courthouse is getting a new lease on life after years of neglect, thanks to Randy Jones and his brother-in-law David Hayes.

The building, just a few doors up from Blount Avenue, was built in 1924 and was a dry goods store.

"We had a fellow stop by who remembered coming to town with his mother to buy their supplies for the week and stopping by the store," David said. "The store had an old-timey hoop cheese and they would get a few slices cut and eat them under some shade trees nearby while they waited on a ride back home."

But the building had fallen into serious disrepair in the last few years.

"You opened the door and you couldn't walk in here, so much of the roof had fallen in," Randy said.

David has restored and renovated a number of houses and he went to work on this one.

"We peeled back layer after layer of roof, trying to get to something we could salvage and the entire roof was gone," David said.

They ended up trucking off a dozen 40-foot dumpsters of bad roofing. The building was gutted down to the block and rock walls. But the new life started last week.

Whitaker Towing and Ethan Whitaker were called in to lift new trusses and the rebuild of the roof began last week.

"This is big for Northtown," Randy said. "We're like Manhattan. We've got a crane here working on a building."

A grew of 8 workers headed by foreman Jim Temple absolutely flew on the roof, turning a big corner towards restoring the building to a useful state.

There are no hard plans for the building at the moment.

"We want to put 2 or 3 condos on the top floor," David said. "We're thinking something retail on the bottom floor."

"This story is all David," Randy said. "This would have never happened without him."

David said a lot of people have been involved.

"Emmett Smith has been our architect and he has been great," David said.

Since they are in the city's historic district, they had to go before the Historic Preservation Commission to get approval for the project. The Commission of course was all for their efforts to save the building.

"We're excited," David said. "We are going to dedicate the building to Judge Claude Hundley. He owned it for several years."

Some really nice exposed brick accents have been added inside this building.

"We brought in the old brick from U.S. Pipe in Birmingham," Randy said.

It is the second building Randy has completely renovated on that block of Taylor. A good while back, he purchased the old bank building on the corner of Taylor and Gunter as the corporate headquarters of Randy Jones & Associates Insurance. He also bought the former Cake Crumbs building next door and its transformation has been nothing short of amazing.

Eduardo Palacios has been overseeing that project.

It will be completed soon and there will likely be an event dedicating it.

David said they'd like to finish up the restoration of the other building on Taylor by the end of the year.