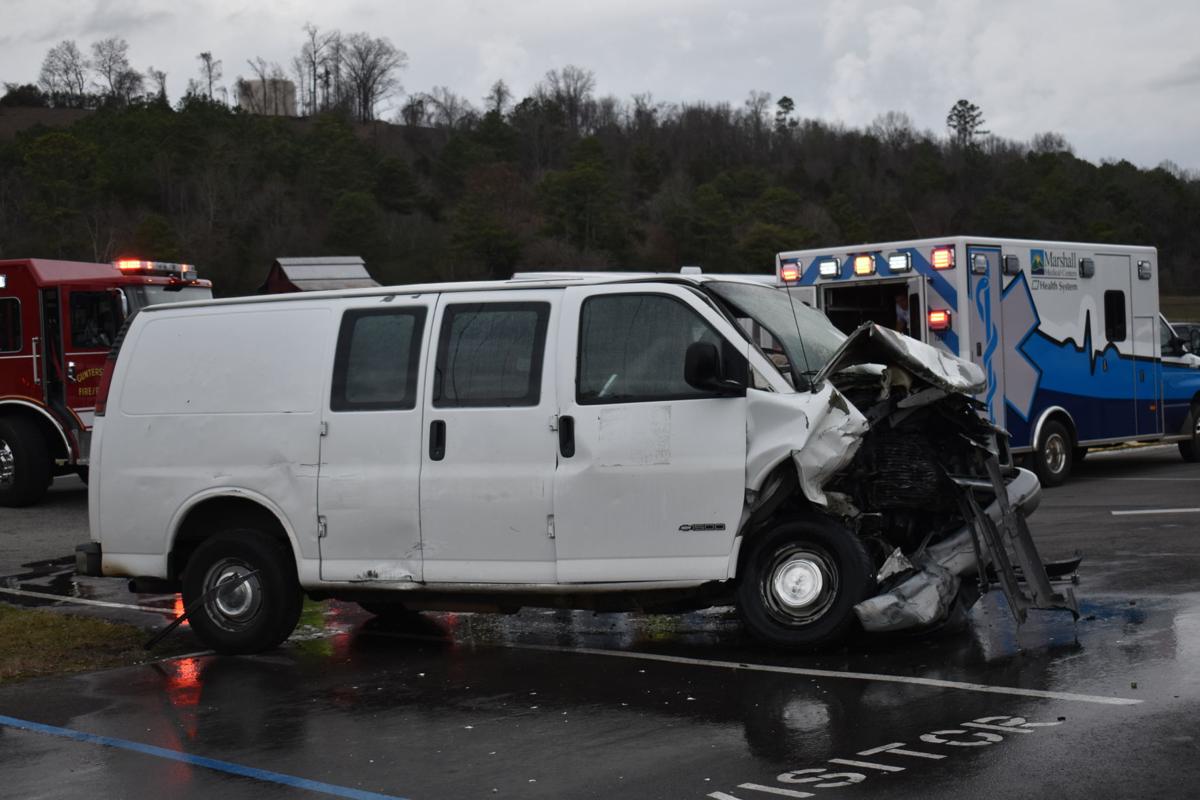 The fire department had to put out a fire when this van caught fire. 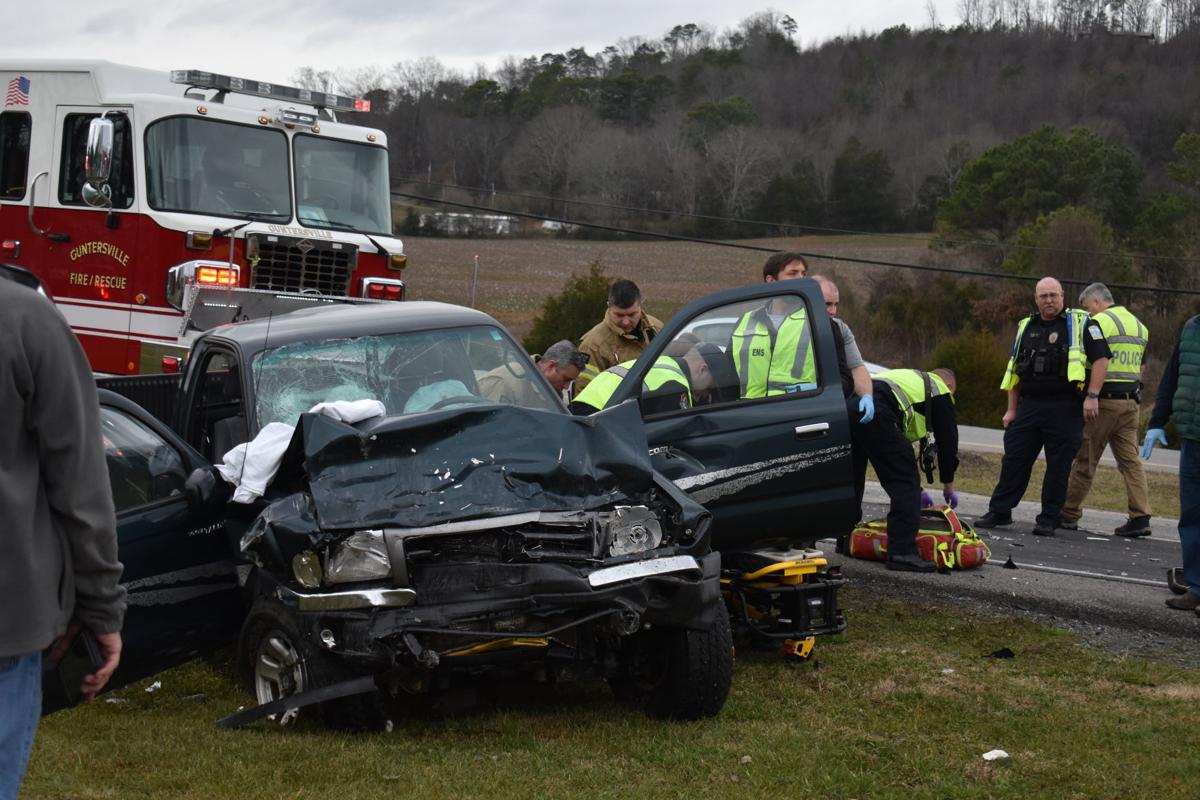 Three people were transferred from this accident to the hospital. Two were transported by ambulance and one by helicopter. One victim later passed.

The fire department had to put out a fire when this van caught fire.

Three people were transferred from this accident to the hospital. Two were transported by ambulance and one by helicopter. One victim later passed.

Miller collided with Watkins and her vehicle spun clockwise and went northbound on 431. Her vehicle crossed the right hand lane and ran off the roadway to the right, where it come to the final resting position.

During the collision, the vehicle driven by Watkins had a cargo shift which caused the driver’s seat to break. The vehicle continued to its final resting area in a parking lot off the roadway. His vehicle caught fire and the Guntersville Fire Department responded.

The reports stated that witnesses traveling on Highway 431 that were both in the right hand lane headed northbound observed Miller traveling the wrong-way and observed the collision in their review mirrors. Both stopped to assist with the accident.

The accident happened on Friday, Jan. 10, at about 10:15 a.m. All three parties were injured and transported to Huntsville Hospital. Two were transported by the ambulance and one was transported by helicopter.

LD Miller, 91, of Boaz, later died at Huntsville Hospital due to injuries during the accident. The police report stated that he was not wearing his seat belt.

According to Alice Miller’s family, she has several broken bones and other injuries and remains in ICU.

Kristal Lee Doyle, 34, of Guntersville, struck a tree attempting to avoid an animal in the road on Burroughs Drive near Stewart Drive.

According to the accident report, she was transported to Marshall Medical North by EMS Ground. Doyle was treated and released.

Gary Michael Gore, 47, of Guntersville, and Robin Ann Johnson, 61, of Oneonta, collided on Highway 70 near Stevenson Drive and Highway 431.

Adriana Perez Guzman, 40, of Horton, collided with a parked vehicle on Willamson Street near Carlisle Avenue and Couch Alley.

Marcia Cook Montgomery, 63, of Birmingham, and Tersa Kay Medley, of Arab, had an accident on Gunter Avenue near Gilbreath Street and Highway 69.

John Wayne Rhodarmer, 46, of Guntersville, and Raheem Lamont Bellamy, 26, of College Park, Georgia, collided on Gunter Avenue near May Street and Seibold Street.

Nicole Pauline Moses, 45, of Guntersville, and Victoria Lynn Nickell, 17, of Grant, had an accident on Gunter Avenue near Jordan Street and Ligion Street.

Diego A. Cacho-Tovar, 26, of Hartselle, collided with a parked car on Gunter Avenue near Worth Street and Ringold Street.

Max Allen Payne, 58, of Geraldine, and Oscar Gilberto Escobar-Sosa, 25, of Albertville, had an accident on Highway 431 near Applebee Drive.