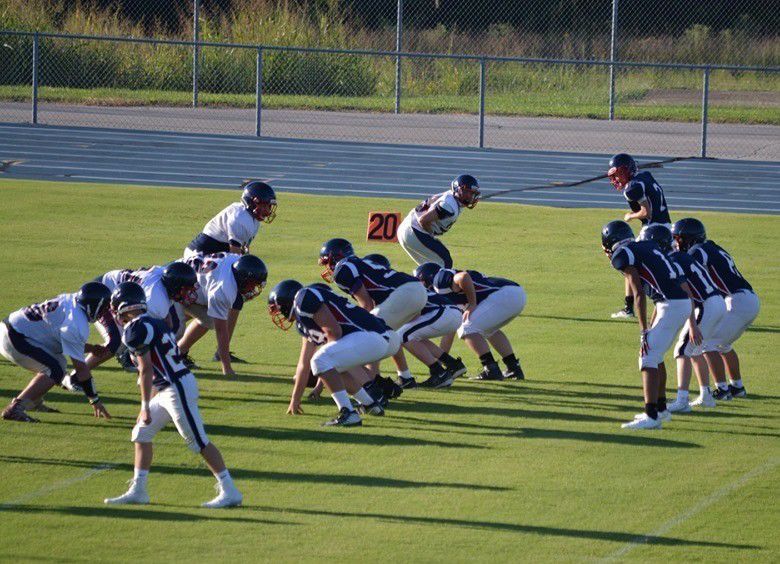 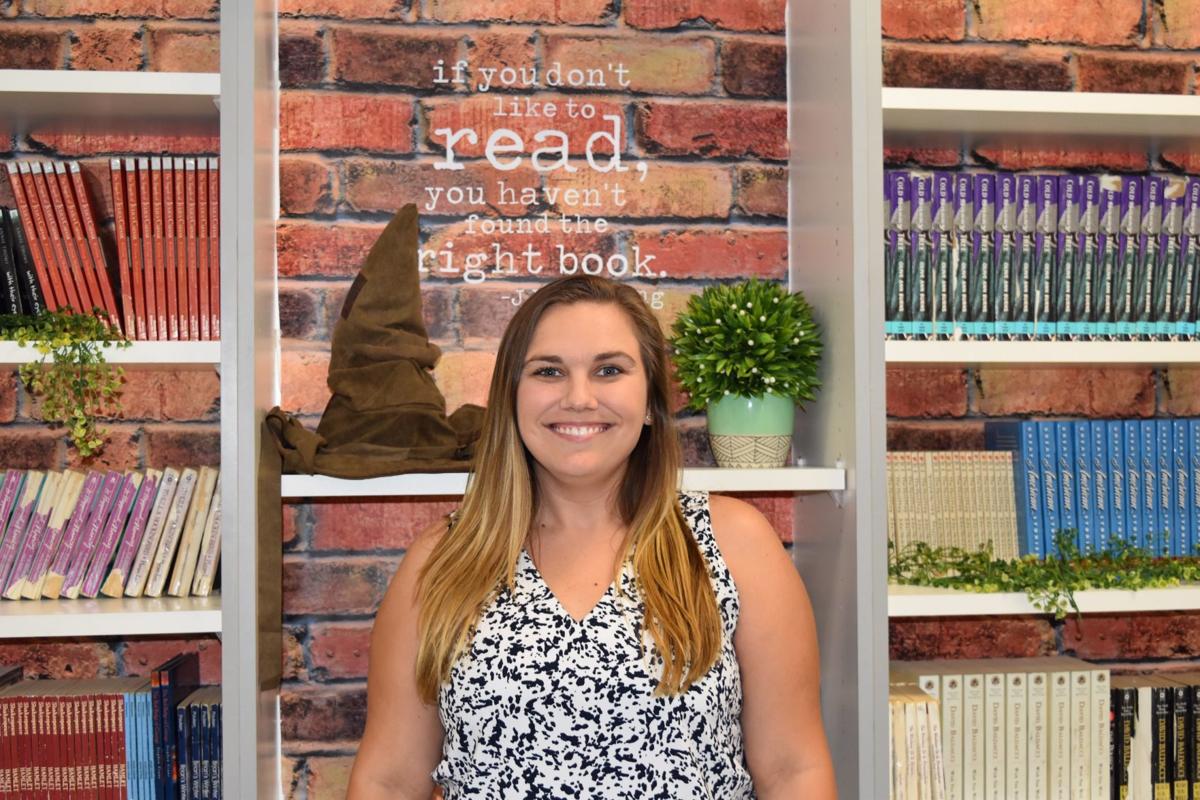 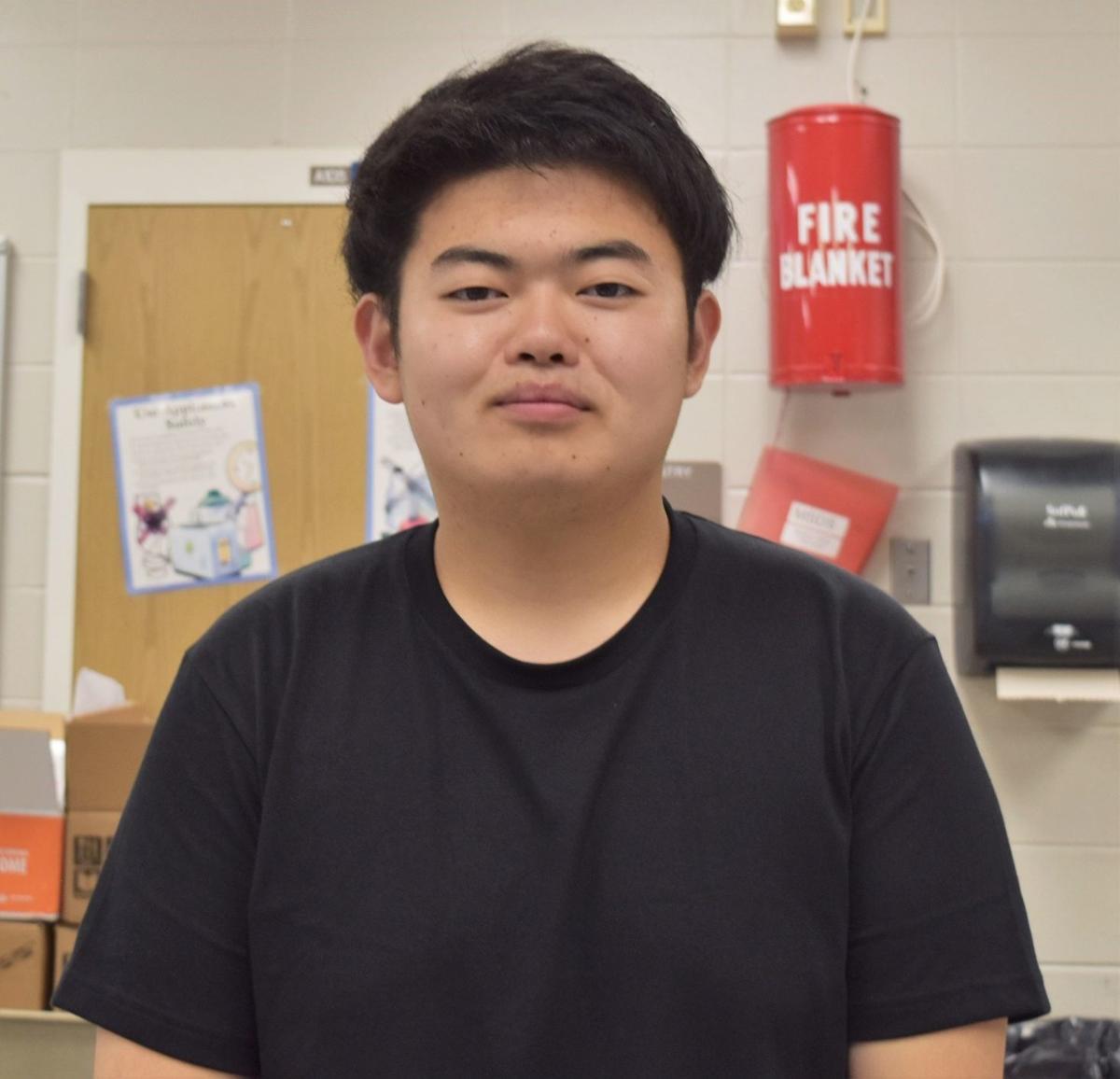 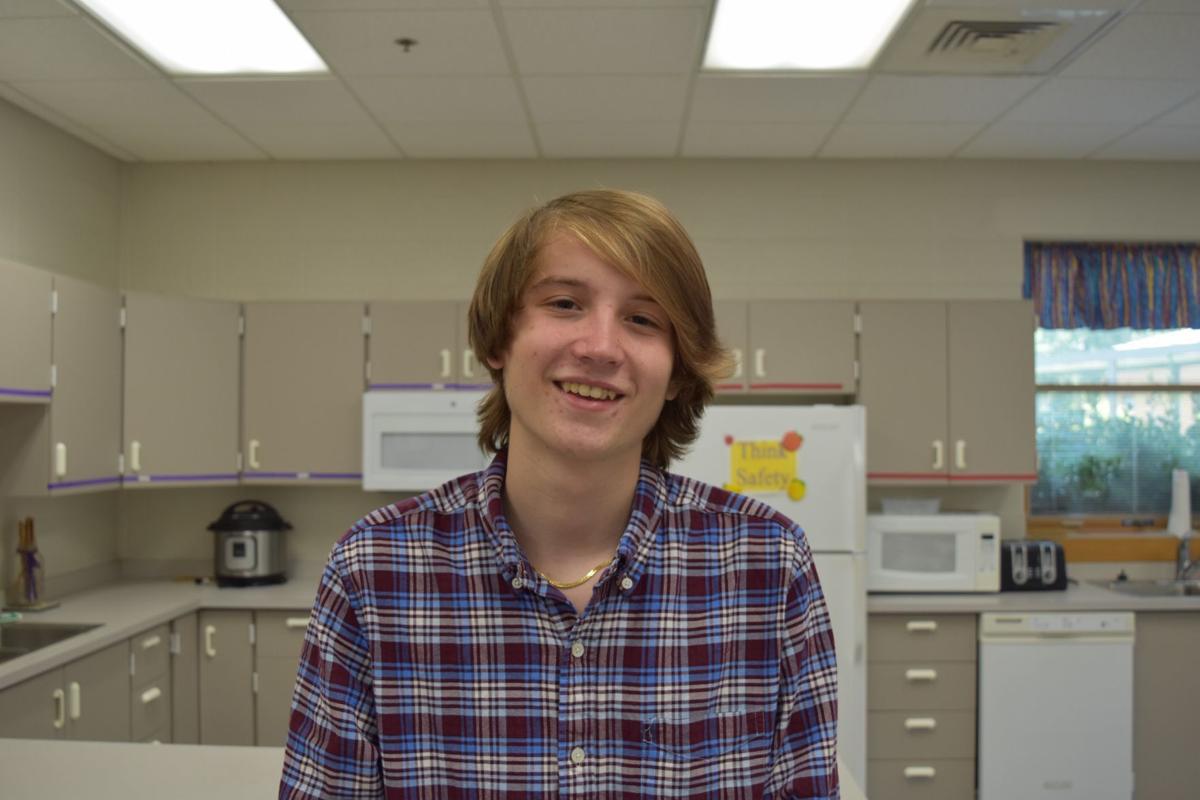 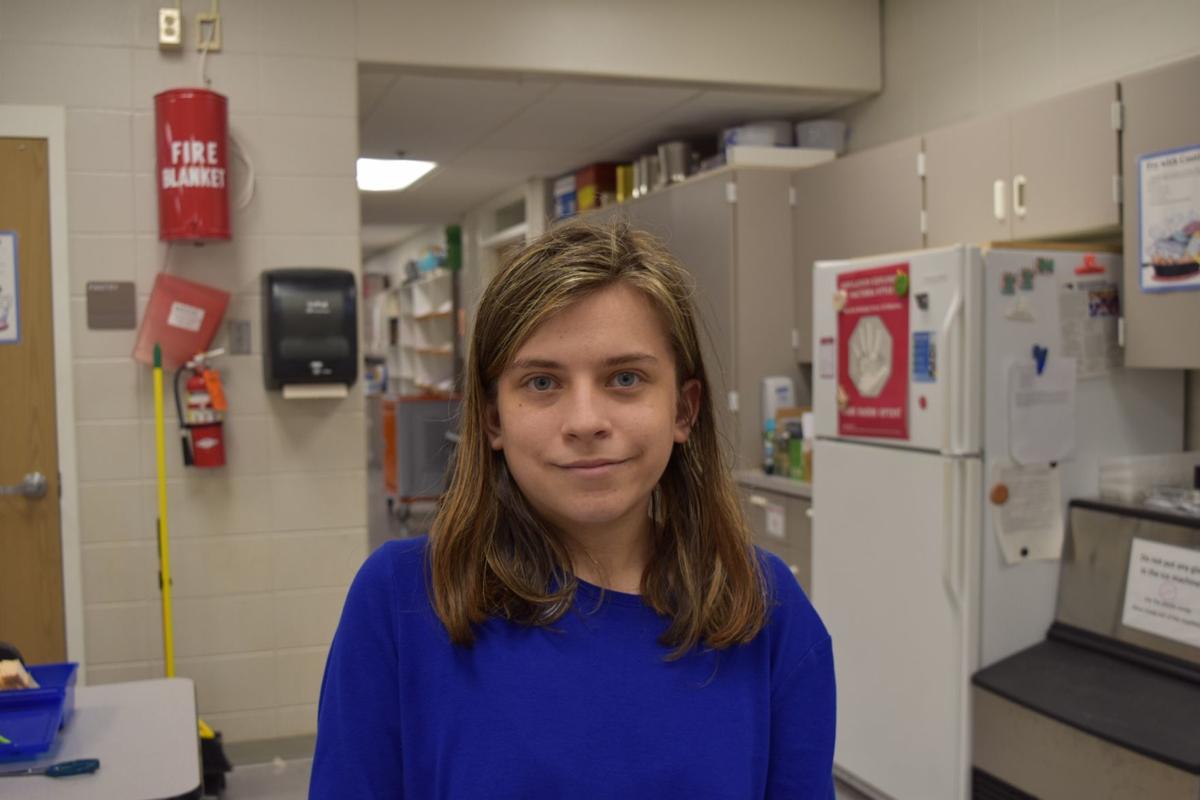 Since the beginning of the school year, there has been a lot of confusion with the dress code. The policy is still the same as it has been for years. Both principals have worked really hard to enforce these rules the past couple of weeks.

The school handbook states that you cannot have holes, rips, or fraying in your jeans. Leggings or jeggings are not considered pants, and if you wear them you must have a long shirt that's index card length, or three inches above the knee in both the back and the front. This was explained multiple days to all students.

Another issue this year is the short shorts the boys have been wearing. The same rules apply to them as it does to the girls. Shorts must meet the index card length or be no more than three inches above the knee in both the front and the back of the shorts. Students with facial piercings must have a clear stud, if not, they will be disciplined.

The punishment for dress code violations is the same as it has always been, if the student is dress coded, they will be sent to in-school suspension for three days. There has been a new rule that has also been enforced this year because there have been problems with kids bringing drink containers to school. The new rule states that you can only bring an unopened plastic water bottle with nothing but water in it. Students cannot have any flavored water, or it will be taken up.

We welcome Mrs. Emma Maner to KDS DAR. Mrs. Maner has been teaching for two years. She taught at Jemison High School before coming to DAR this year.

She went to Chelsea High School. She got her undergraduate degree at UNA and her masters at UAH. Mrs. Maner is from Phenix City in Alabama. She is married to John Maner and they have three dogs together.

To kick-off the upcoming sport season, DAR had a Blue & White night. It was a night to get people excited about the start of the football season.

The night began with the naming of all the football players and cheerleaders, starting with the Pee Wee teams and ending with the high school teams. After all the names were called, the night transitioned into the first game of the night.

The middle school football team faced off against some of the JV players on the high school team. It was good practice for both groups and both had fun doing it.

After that the main event began, a scrimmage between the high school players. This included a full contact practice game between the football players, with cheerleaders on the sidelines cheering on their team and getting the crowd excited.

The band performed their brand-new half-time show. The crowd was a healthy mix of parents and students, as parents came to cheer on their children and students came to hang out and watch their peers.

As the night drew to a close, parents were able to talk to and congratulate their kids on their performances. The night was a success and got people thoroughly excited for the upcoming season.

Kotaro Azuma is DAR’s newest forigen exchange student. He is 17 years old. He is from Japan, and his family lives close to Tokyo. Going from living in Japan to America in such a short amount of time can be a lot to adapt to, but he is doing excellent.

Kotaro’s school in Japan would stay in one classroom all day, so it took him a few days to get used to switching classes every period here. Kotaro says that there are a lot of things different here than in Japan. He says people are a lot nicer here, we have really good food, and the transportation is much different.

In Japan, Kotaro lived only about 5 minutes from his bus station, so he took busses and trains everywhere he went. “In Alabama, you drive everywhere,” he said.

Learning to drive a car is actually something he would really like to do before he has to go back to Japan. He is legal age to get his license here, but in Japan you have to be 18.

Kotaro is very excited for Christmas. They don’t decorate or make as big of a deal out of Christmas in Japan like we do in America. He is excited to see the decorations and lights. Kotaro’s favorite class here is art. He says all the teachers and students at DAR are so kind, and it is a great school.

Kotaro’s hobby is professional go kart racing. He has been doing it since he was 5 years old and even won Year Champion in 2016. Kotaro is very excited to see where this year takes him, and so are we!

Hannah Bradley is a senior at DAR High School. She can be described as nice, sociable, and very friendly. She has a love and talent for art. Art is also her favorite class, and she is in Art Club.

Hannah feels that art is a great way to express yourself and a way of unique teaching. She sees Mrs. Weems, her favorite teacher, as very reliable and honest.

If Hannah could change something about DAR, it would be putting more money into the art and music program. After high school, Hannah looks to either go to college in Florida or California or take a few years off to get her portfolio together. Then she wants to pursue art or go to a programming school.

Hannah’s favorite memory from school has been our Day Without Hate; she loved the paint powder wars and says it was full of fun.

Hannah’s hobbies include art, games, cooking, and hanging out with friends. On weekends, she is either out with friends or working on her art. Hannah hopes one day to travel to Italy and Japan. She finds both places very beautiful and full of great culture. Hannah has been a great student and we wish her the best!

This week’s senior spotlight is Zack Earl. Zack is one of the many seniors who are excited to graduate.

Over the past year, Zack has gotten very close with Coach Perkins. Zack said without Coach Perkins he would be failing. Coach Perkins has helped Zack make sure he gets all his credits so he can graduate.

Some of Zacks hobbies outside of school are riding bikes, playing his X-box, and skateboarding. Zack’s all-time favorite hero is Ricky Bobby; he is Zack’s hero because “if you're not first, you are last.”

After Zack graduates from high school, he plans to go straight into the workforce as a welder or enlist into the Air Force. In ten years, Zack hopes to be financially stable and have a family of three.

Zack’s advice to underclassmen is “Stay focused, and don’t get caught up in the little things.”

He is very excited to see what the rest of his senior year brings.

Mrs. Maner is the new English teacher and JV Volleyball coach at DAR High School. Before being an English teacher, she used to be a social worker and an elementary teacher. She never envisioned herself working in high school with teenagers but is happy she made the decision. Her favorite part of teaching is connecting lessons and books to students´ lives. Mrs. Maner would be a veterinarian if she was not teaching. She loves DAR because the school is its own little community; it's nice to see different grade levels interact with each other.

Outside of school, Mrs. Maner enjoys hiking, binging “The Office”, working on her etsy shop, and maintaining her dog’s Instagram account, @banethegreatpyr. She is married to John, her husband of a year and a half. She does not have children but does have three dogs.

She wants her students to know they are always welcome in her room, and her door is always open if anyone needs to talk about anything. We are thrilled to have her at DAR and are excited to see what this year, and hopefully many

1. Yearbooks have been delivered. If you ordered a yearbook, you can pick it up from Mrs. Clark during school hours. Some extras are available to purchase – the cost is $75.

2. Football season tickets are available from Mrs. Finley in the school office. The cost is $75.

4. Beta Club - Do you have an A-B average in all your classes? Then you are eligible to join the Beta Club. Applications are available from Mrs. Clark in the Burkey Center FCS classroom.

5. There is a Job Fair on September 12 at the Tech School. Any senior who is interested in applying for a job or talking to companies about future jobs, see Mrs. T. Sutton or Mr. Perkins for a field trip form.

7. Friday, August 30, is our first pep rally and home football game. The dress-up day theme is “Decades Day.” Show your Patriot Pride and come dressed for your favorite decade.

Happy birthday to the following students who will be celebrating their birthdays during the coming week: