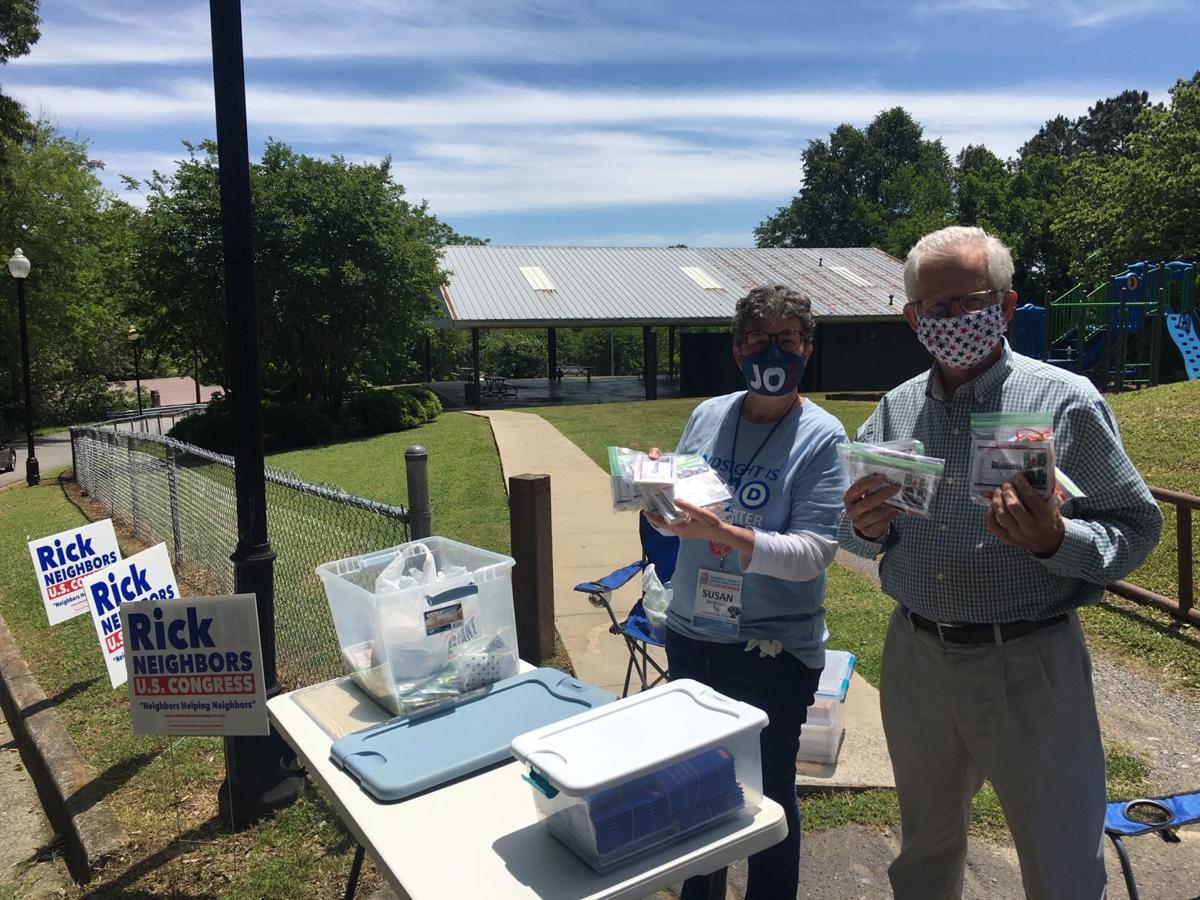 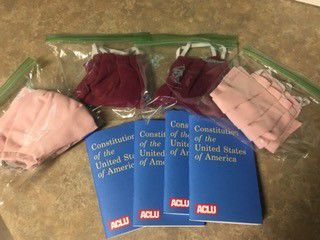 Protective face masks and copies of the Constitution were given out at Rick Neighbors' campaign event Saturday.

Protective face masks and copies of the Constitution were given out at Rick Neighbors' campaign event Saturday.

He passed out protective masks as part of his “Neighbors Helping Neighbors” campaign at Williamson Park in the Lakeview Community. The Marshall County Democratic Party was at the event with Neighbors passing out personal copies of the U.S. Constitution along with the masks.

Neighbors has a pretty interesting campaign platform – he wants to see a revival of manufacturing in the United States. He worked more than 30 years in the apparel industry.

“What was supposed to have been a temporary job turned into 30 years,” he said.

He said NAFTA – the North American Free Trade Agreement – was supposed to have been a good thing.

He said the idea was that plants and industries remaining in the United States after NAFTA would innovate and even better jobs for United States citizens would ensue.

"But that didn’t happen," Neighbors said.

At the apparel plant where he worked in 1980, an unskilled laborer could come in making $10 an hour, learn the skills and soon up their pay to $12 or $13 an hour.

There are few places today where an unskilled laborer has that opportunity.

In 2010, he said, his home community had an opportunity to land a large plant. He said he tried unsuccessfully to get Congressman Aderholt involved in the effort to land the plant.It ended up going to another state.

"I'm not saying we would have gotten it," he said. "But we would at least have liked a shot at it."

In 2012, Neighbors ran for Congress for the first time. This will be his 3rd run.

He said his wife did not really want him to run this time, but eventually said he could if it didn’t take any money out of their household. Alabama Democrats raised his $3,480 filing fee in a matter of days.

“A lot of good people all over this district and all over this state made it possible for me to be on the ballot,” Neighbors said.

He has visited Guntersville and Marshall County a number of times during his campaign. You can get more information about him by emailing info@rickneighbors4congress.com or by calling him at 205-306-1249.