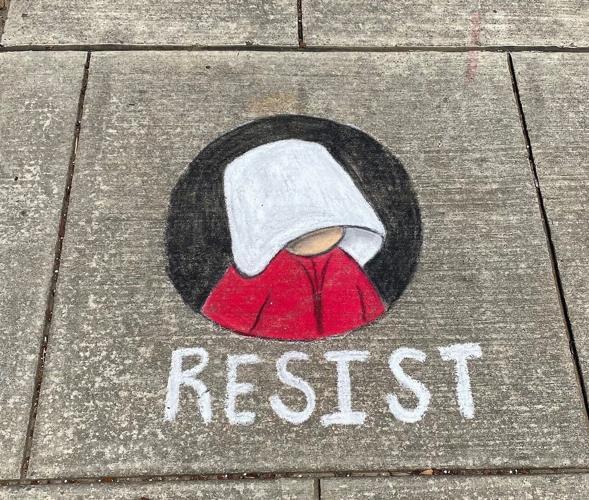 Luther Johns, the "Sidewalk Chalk Guy," was spurred to draw these on the sidewalks of Northtown following a leak that the U.S. Supreme Court may overturn Roe vs. Wade, opening the door for stats to make abortions illegal. 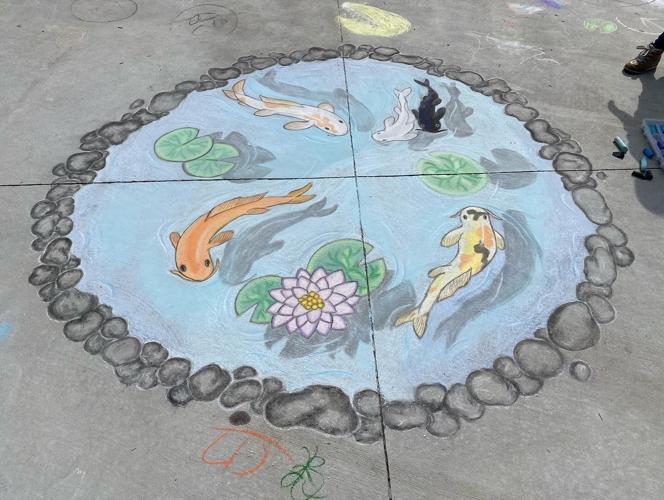 Luther's art is usually fun and apolitical, such as this koi pond he did on a sidewalk at Sand Mountain Park.

Luther Johns, the "Sidewalk Chalk Guy," was spurred to draw these on the sidewalks of Northtown following a leak that the U.S. Supreme Court may overturn Roe vs. Wade, opening the door for stats to make abortions illegal.

Luther's art is usually fun and apolitical, such as this koi pond he did on a sidewalk at Sand Mountain Park.

Luther Johns, known around town and on social media as the Sidewalk Chalk Guy, stirred some controversy last week when he drew pictures around town in opposition of the U.S. Supreme Court ruling leak concerning Roe v. Wade.

Typically known for his charming cartoon-style chalk drawings at Civitan Park, Johns felt led to take a more political stance for the first time last week following a leak of a draft opinion to strike down Roe v. Wade, which legalized abortion in the 1970s, was released.

The image Johns drew on several sidewalks downtown, including near Errol Allen Park and in front of the Marshall County Courthouse, was of a character from the popular television show, “The Handmaid’s Tale,” with the word “resist” written underneath.

“I chose the imagery in particular because it’s fairly simple to draw and is aesthetically pleasing as a drawing, so it’s a good symbol to draw that is representative of a society where women's’ reproductive rights are oppressed,” he said. “It’s an image that is easy to see and not as complex, visually.”

The contentious drawings garnered some support on Facebook, while they received backlash from others. Several drawings were removed by others, to which Johns responded via more chalk art, “FYI, I have a lot of chalk.” Still, he knew his work wouldn’t stick around.

“It’s a transitive art form, I don’t expect it to stay long,” he said. “I understand it’s chalk art; as much as I have a right to put it down on the pavement, they have a right to remove it.”

Johns moved to Guntersville around seven years ago. He said his sidewalk chalk art began as something creative to do while watching his kids play at the park.

“I just kept on doing it,” he recalled. “It’s sort of a hobby that has gotten out of hand.”

While Johns makes no money off his artwork, he will occasionally take requests via comments or messages on social media. He plans to continue drawing character art, but more political themes could make an appearance.

“I did receive quite a few supportive comments, but it would not necessarily be for that,” he explained. “But more for the realization that I have, maybe not a large platform, but a visible one. My artwork might let people know that if they don’t feel like they can speak out, there are others who feel the same way, even in small southern towns; because feeling alone is hard.”