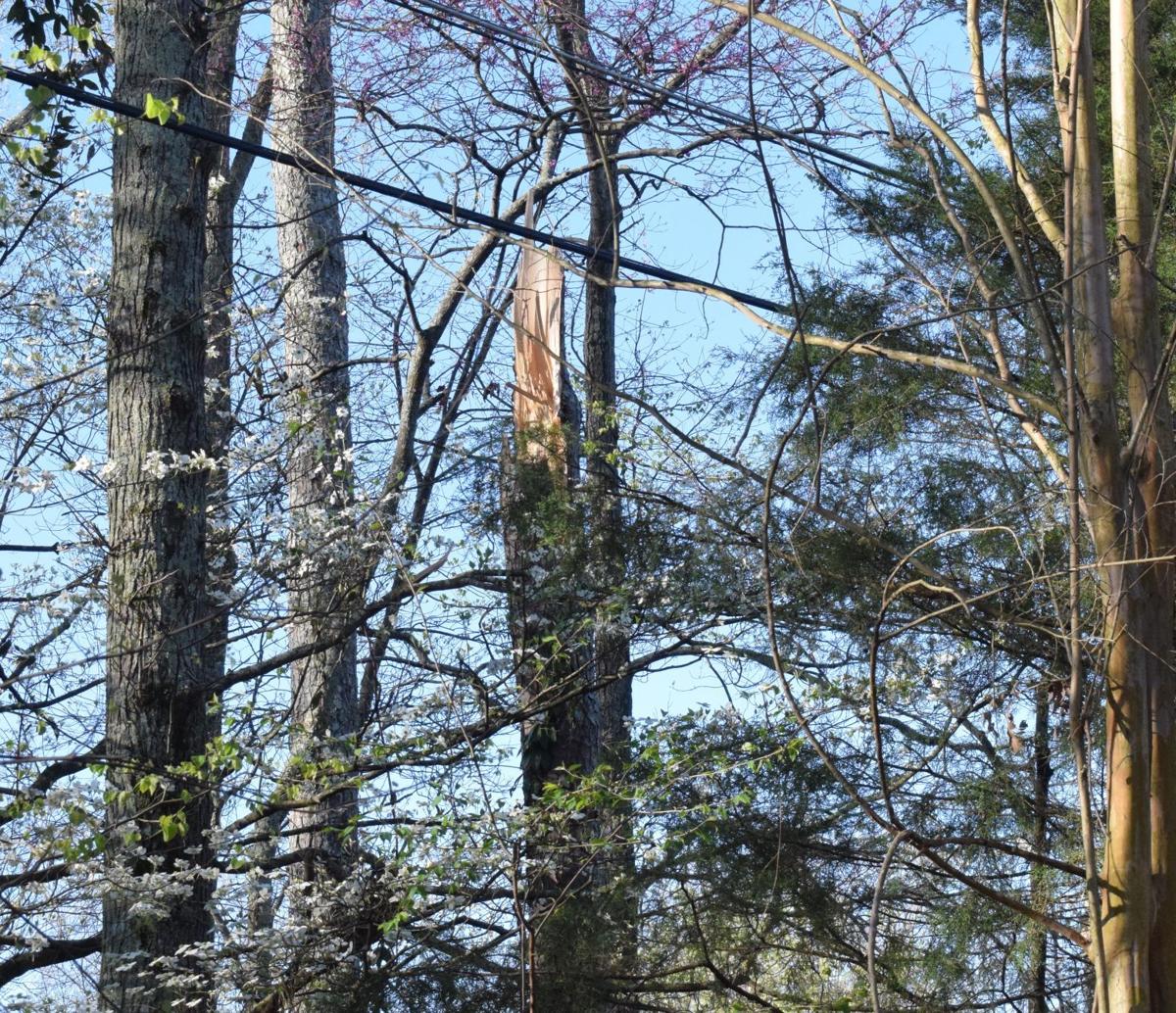 Some trees on Signal Point Road appeared to be snapped in half like this one. 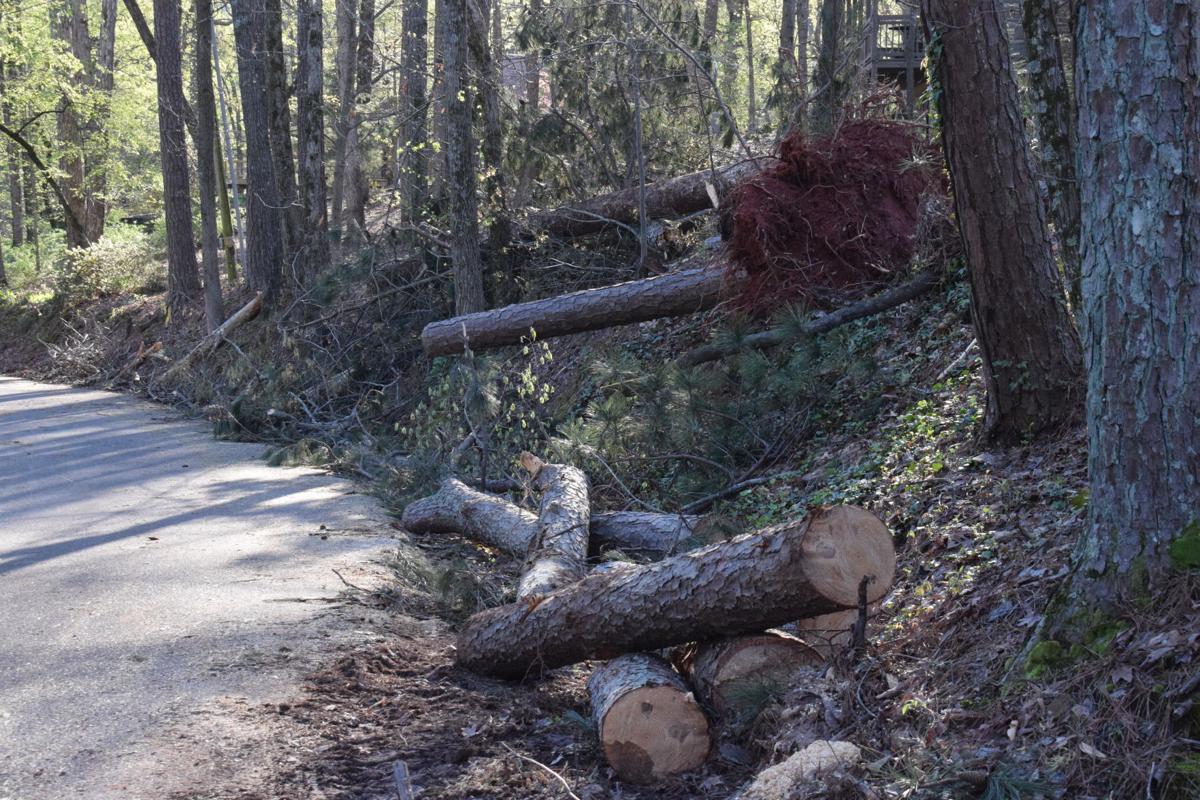 Downed pine trees lined both sides of the street on some sections of Signal Point Road. 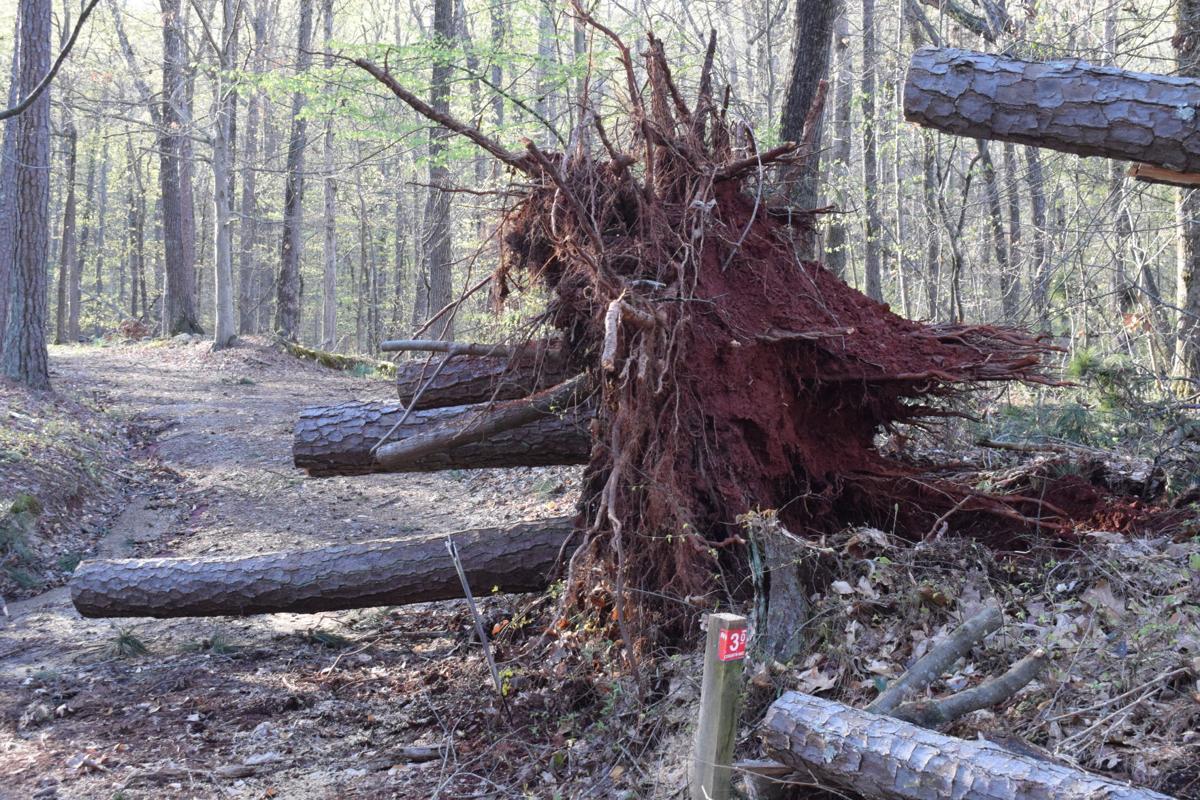 Lots of pine trees were uprooted like these on Signal Point Road after the Sunday morning storm.

Some trees on Signal Point Road appeared to be snapped in half like this one.

Downed pine trees lined both sides of the street on some sections of Signal Point Road.

Lots of pine trees were uprooted like these on Signal Point Road after the Sunday morning storm.

Strong winds and rain blew through Marshall County early Sunday morning and caused lots of damage all over Guntersville.

The most visible area of damage was around the Marshall County Courthouse where the large oaks that have stood for more than 100 years were toppled. Damage to powerlines caused most of Guntersville to be without power for most of the morning Sunday.

While the Courthouse trees were the most talked about, some of the worst damage was arguably on Signal Point Road past the marina area. In one area, there were dozens of pine trees laying on the ground that were knocked over by the storm. Some pine trees even looked to be snapped in half.

Crews were out Monday morning hauling downed trees out of the area. Several houses had blocked driveways before trees were cut out of the way. At first glance, it didn’t seem as if much structural damage occurred but there’s plenty of evidence that a strong storm rolled through.