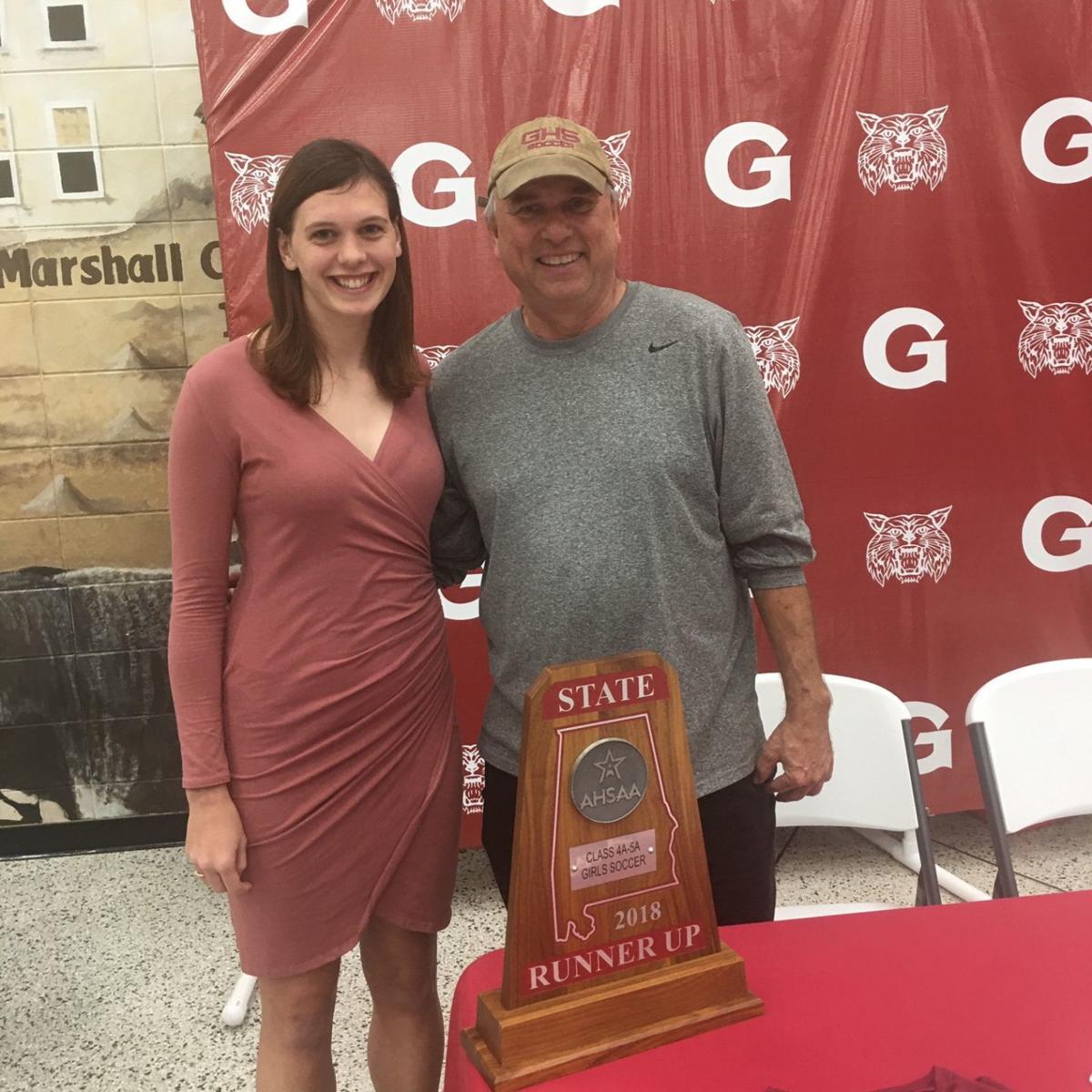 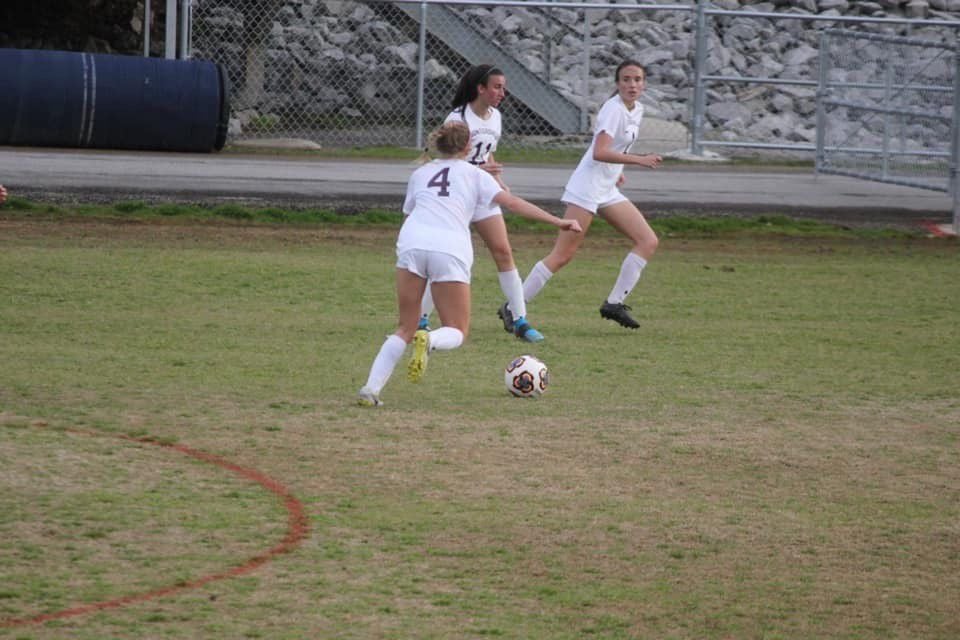 Sarah Wright (4), shown in an earlier game, had a goal in Guntersville's 10-0 win over Arab. 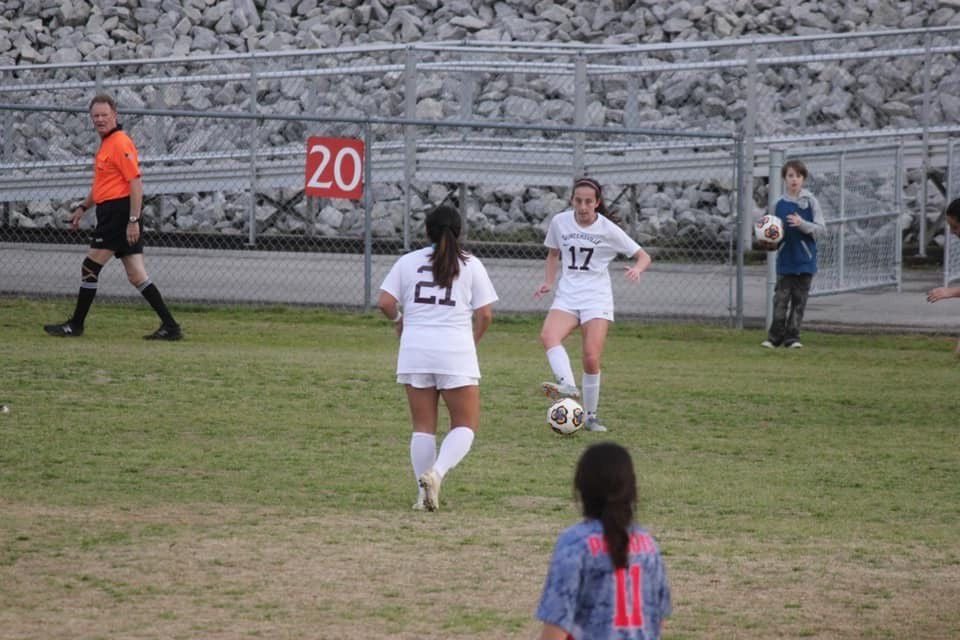 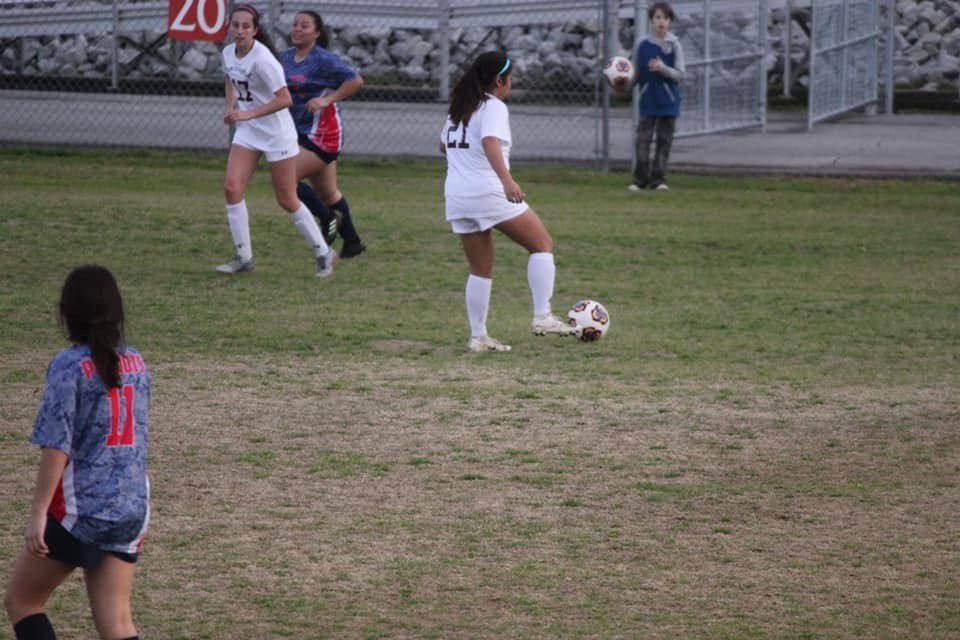 Sarah Wright (4), shown in an earlier game, had a goal in Guntersville's 10-0 win over Arab.

Guntersville High girls soccer player Aubri Hanner was on pace not just to tie the school record for most career goals ever scored by either a boy or girl but to absolutely shatter it.

But the sports shutdown due to the COVID-19 scare puts that quest on hold indefinitely. No one knows if soccer will even resume in April following the mandatory school shutdown through April 6 announced last week by Gov. Kay Ivey.

The Wildcats were supposed to have played Westminster Tuesday night and it’s thought that Aubri would have most certainly set a new record then. But that game got scrubbed when Guntersville opted to start its school shutdown on Monday rather than Wednesday, the mandatory date announced by the governor. Generally speaking, if school is out for some special circumstance, sports are on hold too.

We should know more in early April when school and high school sports leaders consider the plan for school and sports going forward.

Another factor has worked against Aubri and the record as well, the rainy weather. Guntersville has had 5 games rained out this spring. You can't but think "what if." The record would likely be firmly secured by now had those games been played.

“If you talk to her, she’s more into team titles than personal ones,” Coach Jones said. “That’s just the way she is. What she really wants more than anything is a state championship.”

If the entire season is cancelled, it will be a shame because Guntersville feels it has an excellent chance at a deep playoff run this time. The Wildcats have 8 seniors, 2 of whom – Aubri and Carley Sims – have already signed scholarships to play college soccer next year.

Aubri tied the record for career goals last week in a game at area rival Arab. Guntersville won it 10-0 on the mercy rule.

“The team really controlled the ball,” Coach Jones said. “The defense gave up only one shot, despite missing our center defender and an outside defender.”

Carley Sims had an amazing 5 assists, Selena Batista had 3 goals and 2 assists, Kendall Moore 2 goals and an assist and Sarah Wright 1 goal.

She likely would have scored the 5th, record-breaking goal but an unfortunate incident happened.

“Aubri plays very hard and physical which I love, but a ref thought she was a little too physical on one play and gave her a straight red card for contact she made during a 50-50 ball play,” Coach Jones said.

Normally, a player gets a yellow card warning before a red card is given and Aubri’s teammates thought that was what she should have received.

“The ref deemed it crossed the line of physical play and gave her a straight red,” Coach Jones said.

The red card meant she was ejected from the game and Guntersvile could not substitute for her, so they finished the game a player down.

“Aubri is a strong player and the refs call fouls on her because she plays aggressive, which is just what a coach wants,” Coach Jones said. “Her strength overwhelms smaller players and they go down easily. When she goes to college, her style of play is the norm.”

Guntersville was up 6-0 when Aubri left the game. Coach Jones said she was visibly upset. The girls knew the COVID-19 situation was intensifying and they’d been talking before the kickoff that it could be their last game.

Coach Jones is hopeful the season will resume in April, although he’s concerned it may not.

“I know everyone is really taking this seriously as they should, and it’s hard to understand,” he said. “I’m trusting the doctors to know better than me what should happen.

“But how awful it would be to have our 8 seniors miss out on a state title opportunity, although there are lots worse things in the world” the coach said. “There’s no need to worry over something you can’t control. You just keep churning. The cream will rise to the top. The girls can work on their own, which I have no doubt they will, and they may be even better after the break.”