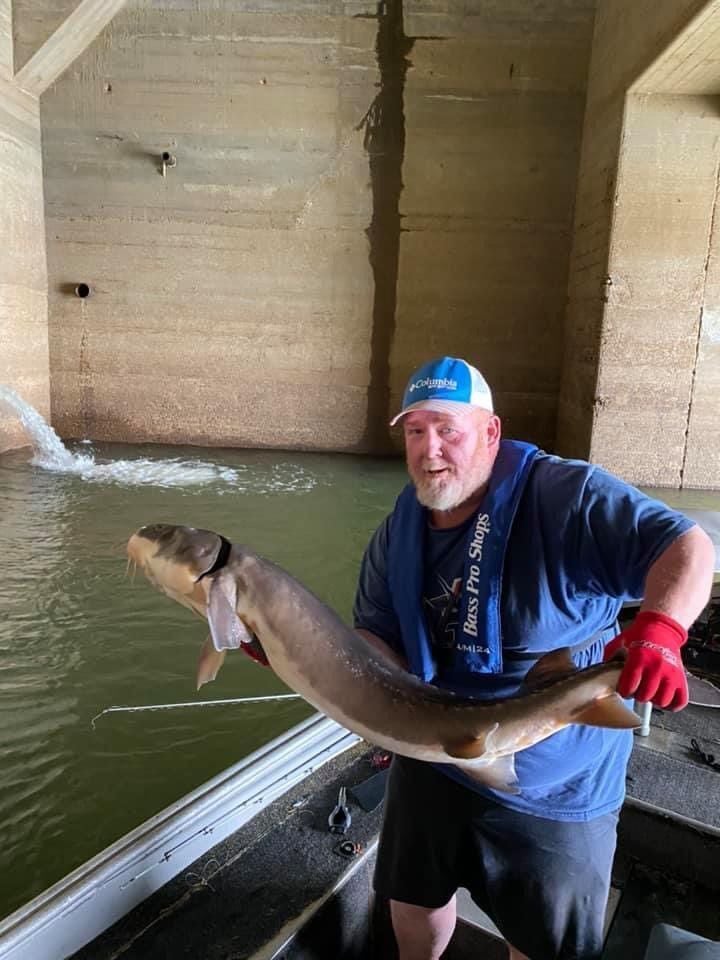 Ronnie Walls caught this sturgeon while fishing underneath Guntersville Dam. 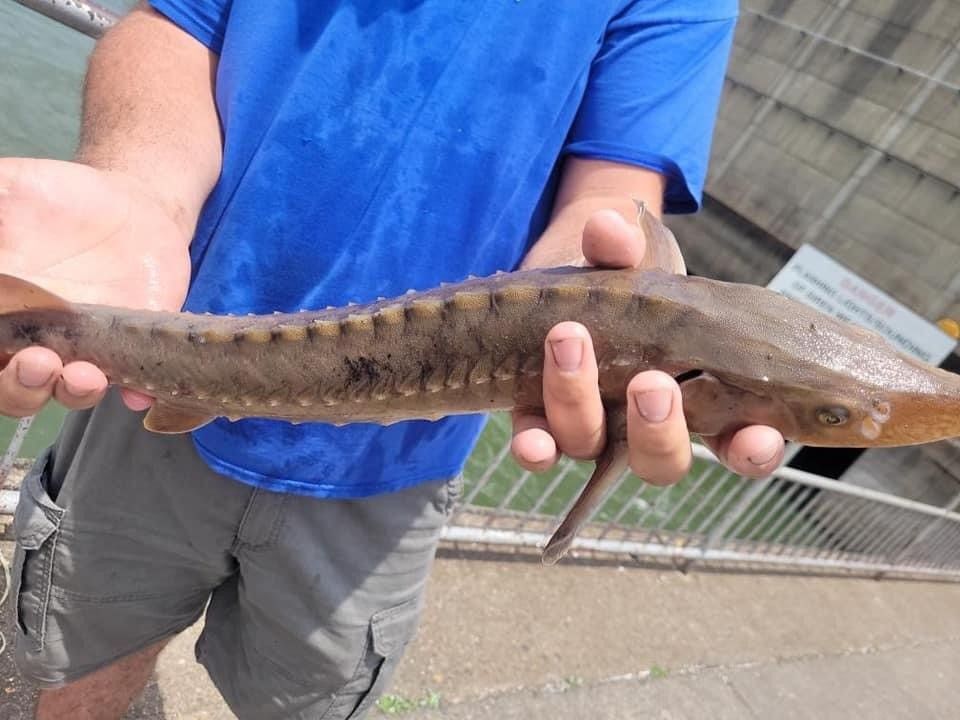 This much smaller sturgeon was caught at the dam about the same time frame as Ronnie caught his. TVA and the Tennessee Wildlife Resources Agency have a large sturgeon restoration project underway in Tennessee and there's a good chance the fish came from there.

Ronnie Walls caught this sturgeon while fishing underneath Guntersville Dam.

This much smaller sturgeon was caught at the dam about the same time frame as Ronnie caught his. TVA and the Tennessee Wildlife Resources Agency have a large sturgeon restoration project underway in Tennessee and there's a good chance the fish came from there.

Lots of anglers feel just below Guntersville Dam is where the big fish live. It turns out it’s where the odd fish live too.

Ronnie Walls of Grant was up under the dam, trying for catfish, when he caught a big lake sturgeon. To say he was surprised would be an understatement.

He was fishing with his son Hunter when he got the unusual fish.

“We had gone up under the dam really because we wanted to catch bait,” Ronnie said. “But we like to fish the boils there for big catfish too.”

If they don’t have any luck on bait, Ronnie sometimes picks up a spoon and jigs it.

“You never know what will hit a spoon,” he said. “I’ve caught some big catfish but this pulled as good as anything I’ve ever caught.”

He hooked the sturgeon just outside the mouth. It looked like it had gone for the spoon and missed it.

He guessed that it was about 3-feet long. Another angler had caught a much smaller sturgeon at the dam a few days earlier. Hunter had shown a photo of it to his dad.

“I told him, ‘It sure would be cool to catch one,’” Ronnie said. It wasn’t long after he’d said that when he did.

“He just seems to always catch something crazy,” Hunter said. “It never falls. He caught an almost 8-pound smallmouth last year. He always catches the big ones.”

Ronnie said the sturgeon sure was a puller. It took 10 minutes or so to get him up and “calmed down.”

When the fish saw the boat, it surged again.

“It started rolling, like an alligator,” Ronnie said. “I don’t know how many times my line was wrapped around the fish.”

The men took a photo of the fish, got it unwrapped and released it back into the water.

“It was definitely odd,” Ronnie said.

They enjoy catching big catfish below the dam. Ronnie said the catfishing has been a little slow, but his son caught a 30-pounder a few weeks ago and Ronnie caught his biggest fish ever, an 85-pound catfish.

“I knew I had something good when that one hit,” he said.

Wow! What a catch. I bet it was a fighter!