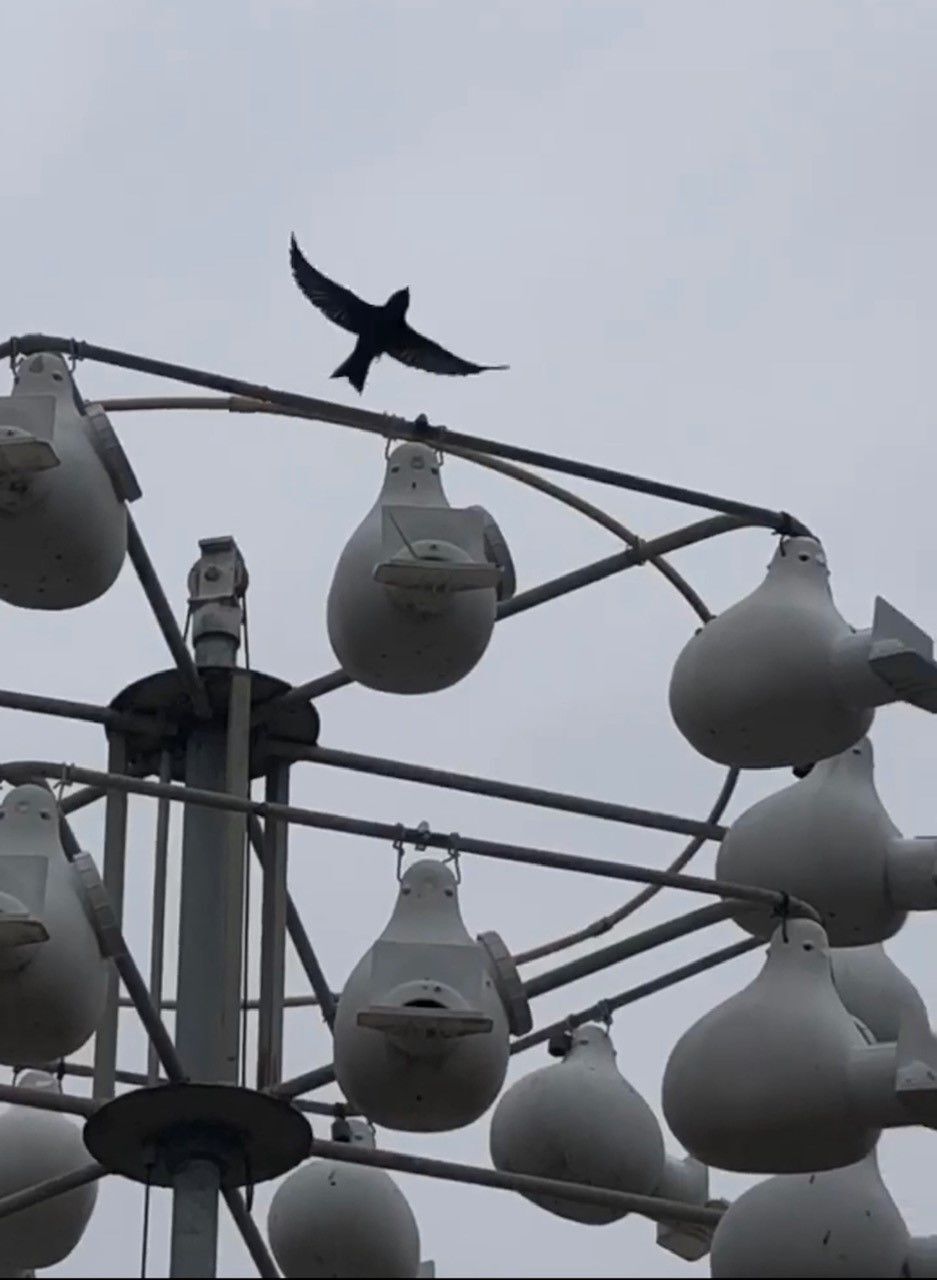 A purple martin leaves the gourd house at Brad Biddle's farm at White Oak on Sand Mountain. It's his first arrival of the season and came in last Wednesday. 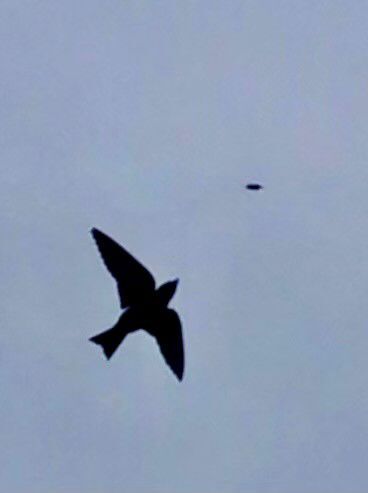 The martin tracks a cricket that Brad has flipped way in the air with a plastic spoon. 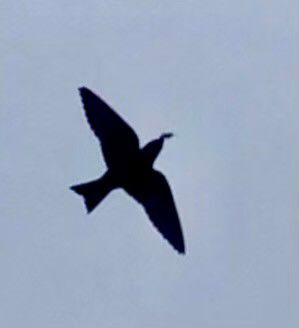 The martin makes the catch. Brad plans to see the lone martin through this week's frigid weather by flipping crickets like this.

A purple martin leaves the gourd house at Brad Biddle's farm at White Oak on Sand Mountain. It's his first arrival of the season and came in last Wednesday.

The martin tracks a cricket that Brad has flipped way in the air with a plastic spoon.

The martin makes the catch. Brad plans to see the lone martin through this week's frigid weather by flipping crickets like this.

When this week’s freezing weather came into the forecast, lots of people worried about lots of things.

Brad Biddle of White Oak worried about the usual stuff. But he had an extra concern. He loves purple martins and he has 162 gourds at his place.

His first martin came in about a week early, arriving on Feb. 10. Purple martins feed exclusively on flying insects. Without any insects and without food, this martin would starve to death.

But Brad came to the rescue. He describes himself as a “nerd” when it comes to nature and he has researched purple martins extensively. He knew that some people up north who get early arrivals see their martins through cold weather by flipping crickets up near the gourd.

With just a little training, the martin can be taught to catch a cricket.

With just a few tosses last Friday, Brad had the martin flying and catching crickets he was flipping into the air using a plastic spoon.

“The birds have to be hungry before they will even remotely try this,” Brad said.

Up north, he said, martin “landlords” will begin flipping crickets to their birds in cold weather, then transition to a raised platform and scrambled eggs to keep them fed during cold weather.

He said he is “just a nature lover period.” His college degree is in poultry science.

“A martin is not that different from a chicken physiologically,” Brad said.

Brad has had martin houses for awhile. This is not the first time he’s fed his birds crickets.

It took about 30 tossed crickets this time.

Undertaking to feed a martin through a cold snap is no small commitment.

It’s totally worth it to Brad.

“The martins are my therapy,” he said. “When the gourds get full, I will have 155 to 160 nesting pairs. That’s my therapy, to sit on the back porch and watch the martins.”

He'd like to see more people in Marshall County get involved in hosting purple martins. One of the most critical things, he said, is to have a predator guard on the pole supporting the nesting gourds.

"A snake can get in your martin houses and just clean them out," he said.

Purple martins overwinter in Brazil and migrate to North America to nest and raise their young.

"I’m not going to let him fly all the way from Brazil to my house only to die," Brad said.