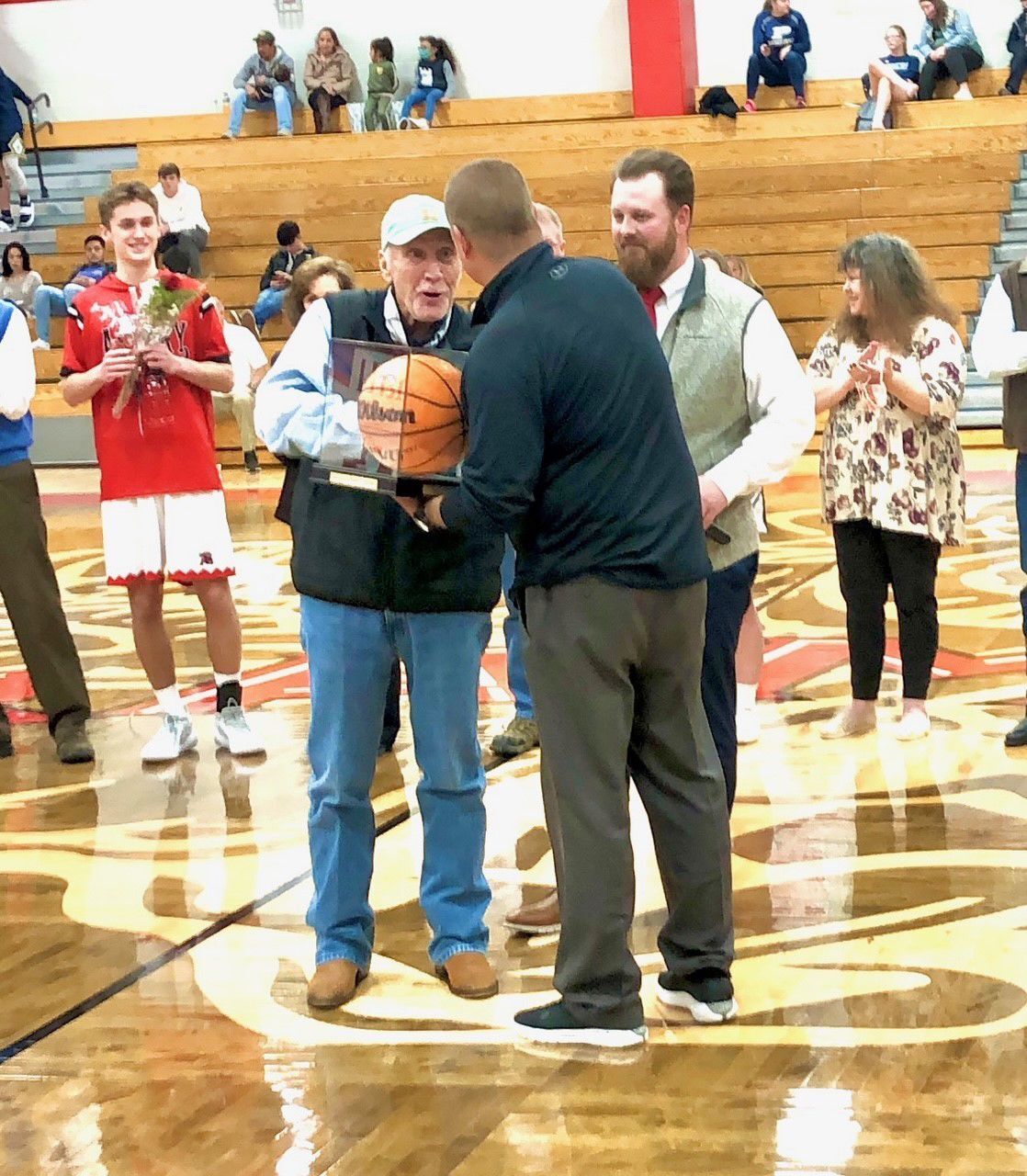 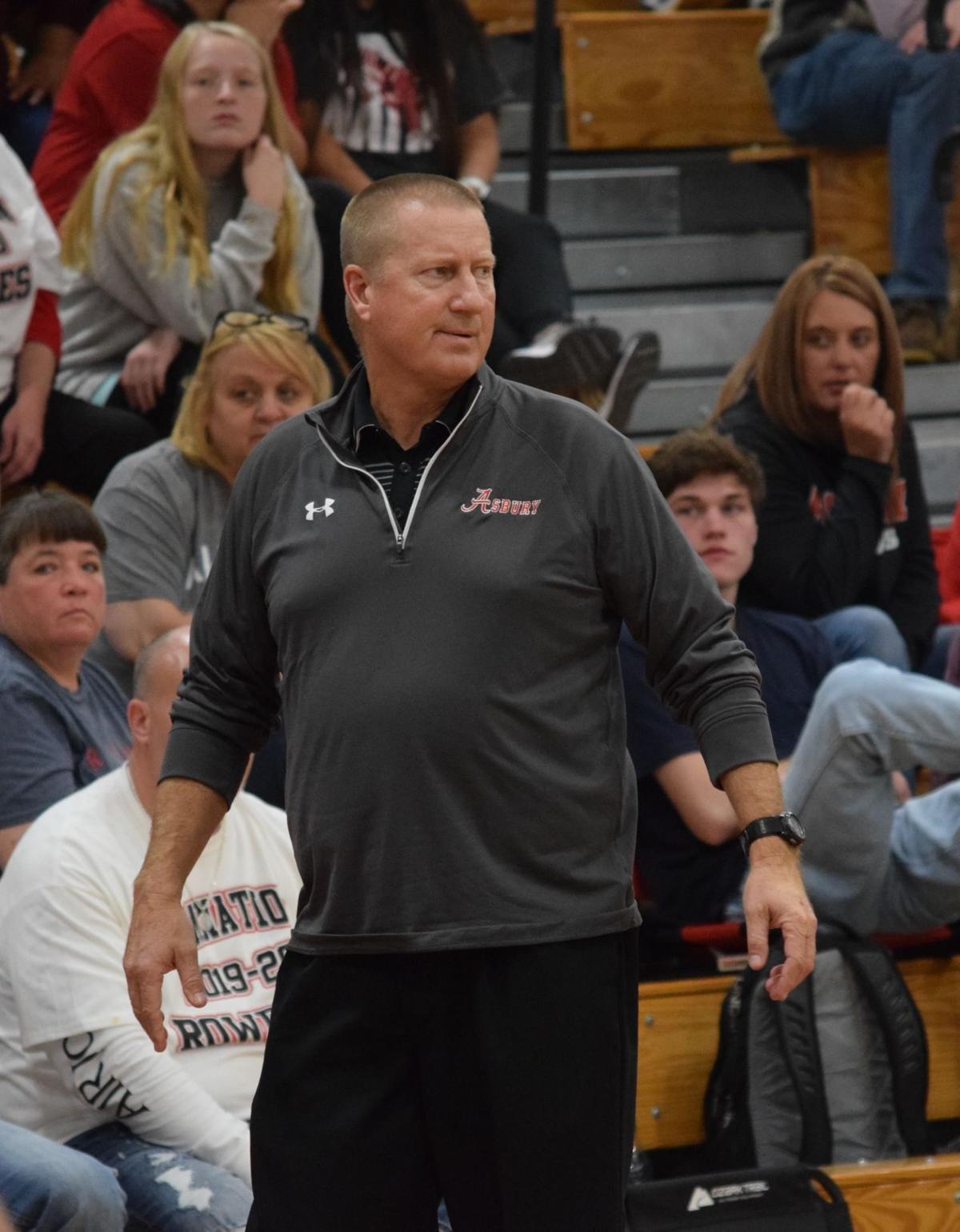 Coach Johnny Pelham is an intense presence on the basketball court.

Coach Johnny Pelham is an intense presence on the basketball court.

“Somebody did the math,” he said.

And that somebody determined that a recent victory gave Coach Pelham 509 career wins over a 31-year coaching career, 16 of those years at Asbury.

Asbury presented the coach a game ball the other night to mark the momentous occasion. Coach Pelham is the only varsity boys coach Asbury has ever had. He started the program 16 years ago and continues to this day as the school’s coach and athletic director.

The men presenting him that game ball represented both the past and the present. They were former Asbury principal Bill Aaron and current principal Clay Webber.

As he always does, he played down his own role in winning 509 games.

“That’s a whole lot of players who have been through the program and have bought into what we were trying to do,” he said. “It’s really not about me. It’s about them and what they have allowed me to do.”

He said you can’t play down the role community support has in coaching success either. Asbury is a basketball community. Before COVID, it wasn’t uncommon for the community to pack out the place.

When he was first considering taking the job, someone told him Asbury and its love of the game was like “a small piece of Indiana had been picked up and put down in Alabama.”

Coach Pelham had coached in Georgia, at Albertville and in other places, including as an assistant at his alma mater, Jacksonville State, when Asbury called. It was a place and a time perfect for Coach Pelham and his family to settle down, The school has continued to grow from a 1A to a 2A and now a 3A and they play murderous competition. They play lots and lots of larger schools. They beat 5A Boaz just the other night.

The Rams are 15-10 this season and it has certainly been unlike any season Coach Pelham has ever been a part of it.

“It’s been a little like coaching AAU ball,” he said. “The kids were out of school, but playing.”