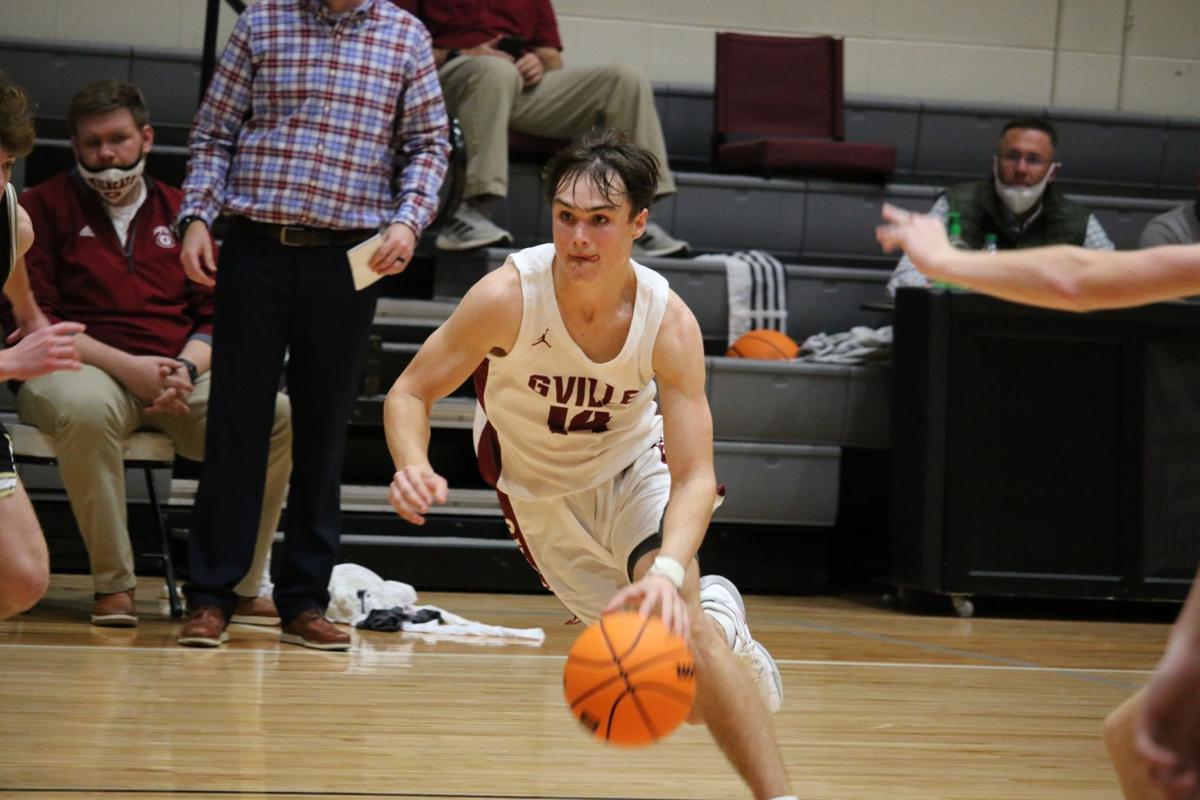 Brandon Fussell led the Wildcats in scoring against Etowah with 15 points.

Brandon Fussell led the Wildcats in scoring against Etowah with 15 points.

The Guntersville Wildcats sent their seniors out with a victory over Etowah Friday night.

In the last regular season game of the year, the Wildcats knocked off the Blue Devils 66-47 and ended the season with a 20-4 overall record.

The Wildcats won the regular season area championship and will host the winner of Brewer vs. Fairview for the Class 5A Area 14 tournament championship.

Against Etowah, Brandon Fussell led the way with 15 points, Jerrell Williamson added 11 and Jack Harris had 10. Seniors Dewayne Hundley, Charlie Knott and Stanley Michelle also scored in the game. Hundley had 5, Knott had three and Michelle had two.

Guntersville will take on the winner of Brewer vs. Fairview at GHS Friday at 7 p.m.